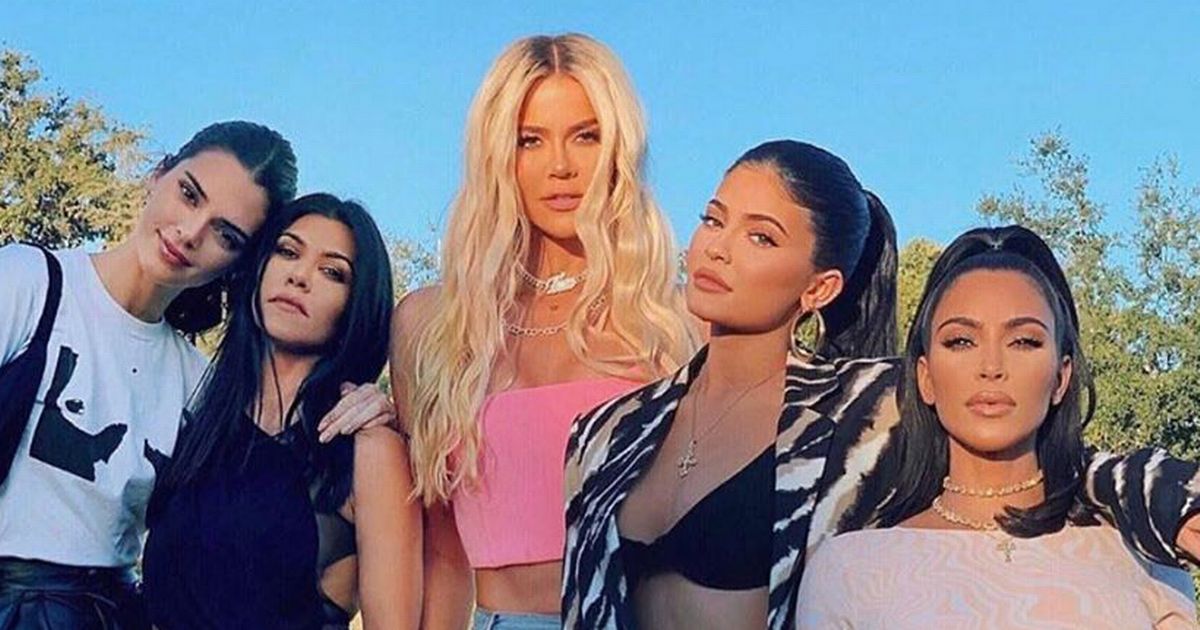 Kardashians’ unrecognisable appearances before surgery at start of KUWTK fame

Kardashians’ unrecognisable appearances before surgery at start of KUWTK fame

Kim Kardashian, Kourtney, Khloe, Kendall Jenner and Kylie are virtually unrecognisable from the fresh-faced sisters who first graced our screens in 2007 – and are rumoured to have paid millions on changing their appearances 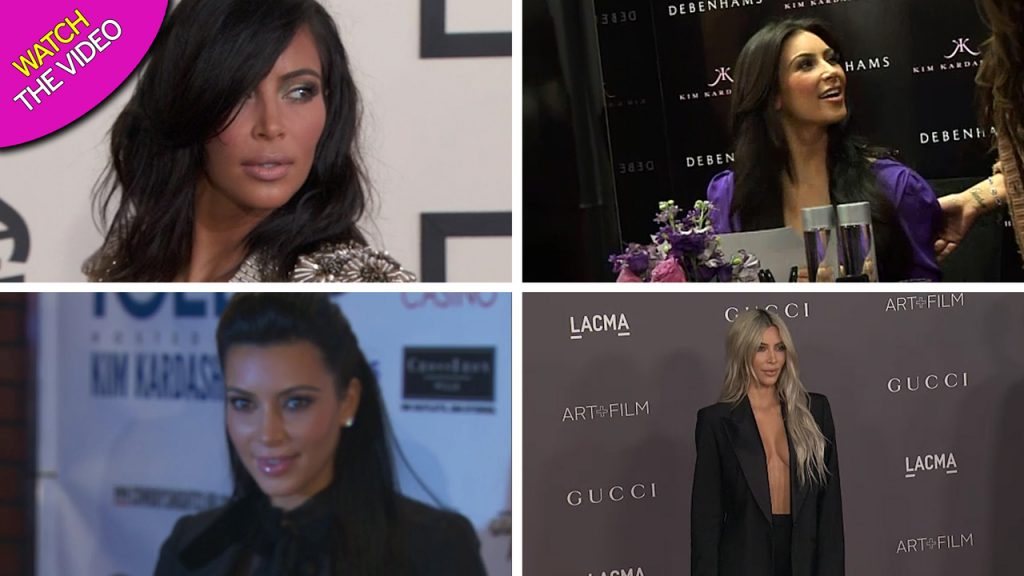 Looking back at the very first episode of Keeping Up With The Kardashians, it’s hard to believe that it’s the same family we see today.

Back in 2007 when the first season launched, The Kardashians were just a relatively normal, affluent family living in Los Angeles.

Like the rest of us they suffered bad bad hair days, wore some questionable outfits and had the occasional make-up faux pas.

But fast-forward through a whopping 18 seasons of the show and you’d be forgiven for barely recognising the sisters on your screen.

It may not come as too much of a shock that the Kardashians have managed to alter their looks drastically with the help of their millions.

Viewers noticed Kourtney, Kim, Khloe Kardashian’s looks changing as the show progressed, then they were followed by younger sisters Kendall and Kylie Jenner. 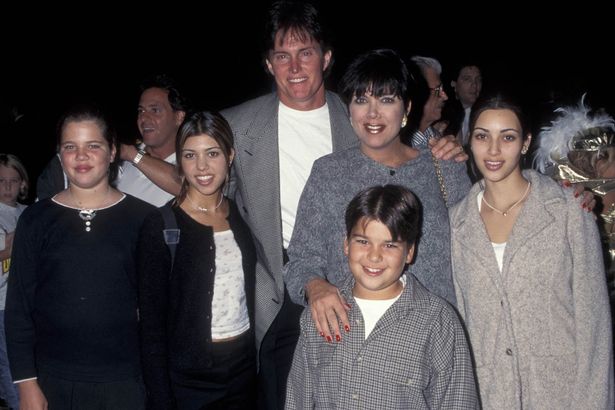 The famous sisters are a world away from the fresh-faced siblings of yesteryear, and while money can’t buy love it can certainly put you in touch with surgeons, fitness trainers, stylists and beauticians

From their flawless faces to their gym-honed bodies and designer wardrobes, their millions have certainly made a difference.

While confessing to some procedures, the sisters have remained very coy about other surgeries and denied some claims despite almost irrefutable evidence.

Boob jobs, botox, fillers and butt implants are said to be among their surgery of choice.

With the shock announcement that Keeping Up With the Kardashians is coming to and end, here’s the dramatic way each has transformed their appearance: 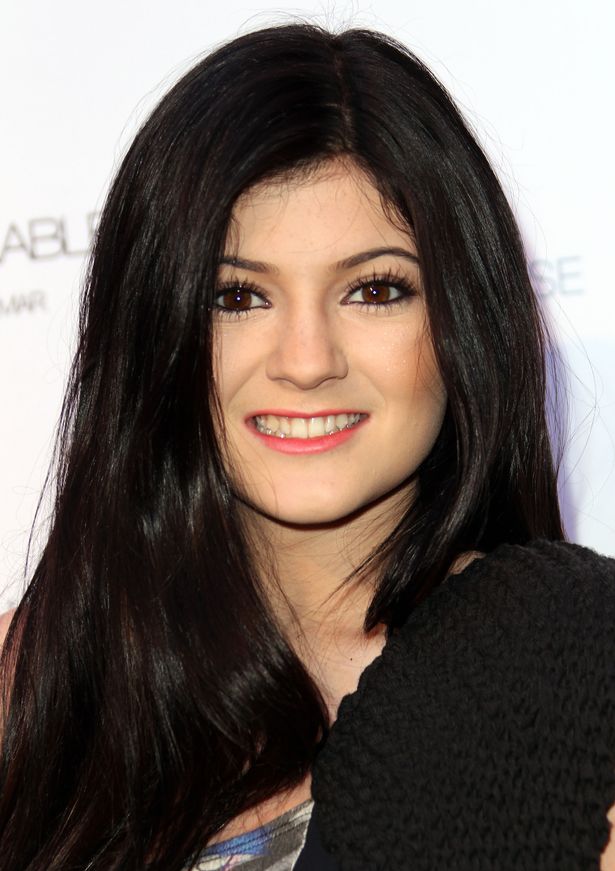 Out of all the sisters, it’s undoubtedly Kylie’s face which has changed the most.

The 23-year-old was just a teenager when she turned to lip fillers after a boy she kissed made a cruel comment about her.

“I was 15 and I was insecure about my lips. I have really small lips,” she said on her TV show, Life Of Kylie.

“And it was like one of my first kisses and a guy was like, ‘I didn’t think you would be a good kisser because you have such small lips.’ But I took that really hard.” 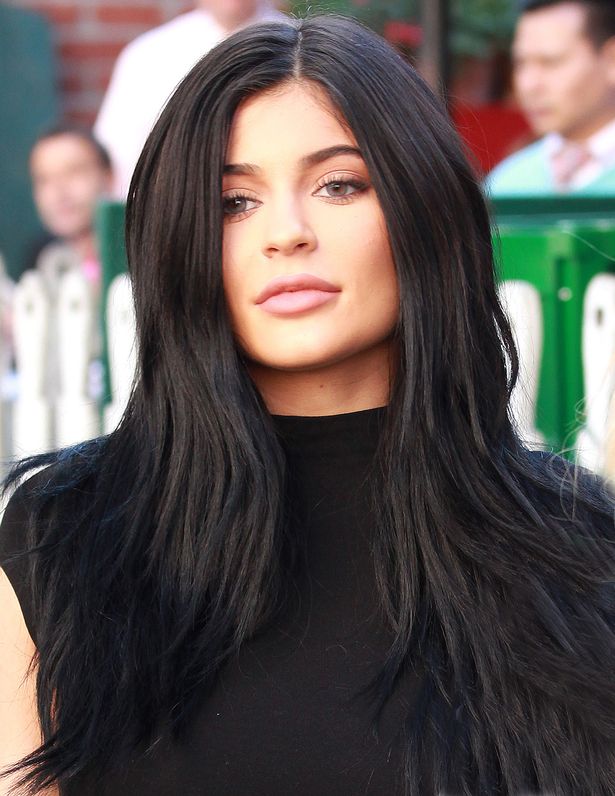 In 2015 she finally owned up to having fillers after coming under pressure from her sisters to tell the truth.

“I have temporary lip fillers, it’s just an insecurity of mine and it’s what I wanted to do,” she said at the time.

“I want to admit to the lips, but people are so quick to judge me on everything, so I might have tiptoed around the truth. But I didn’t lie.” 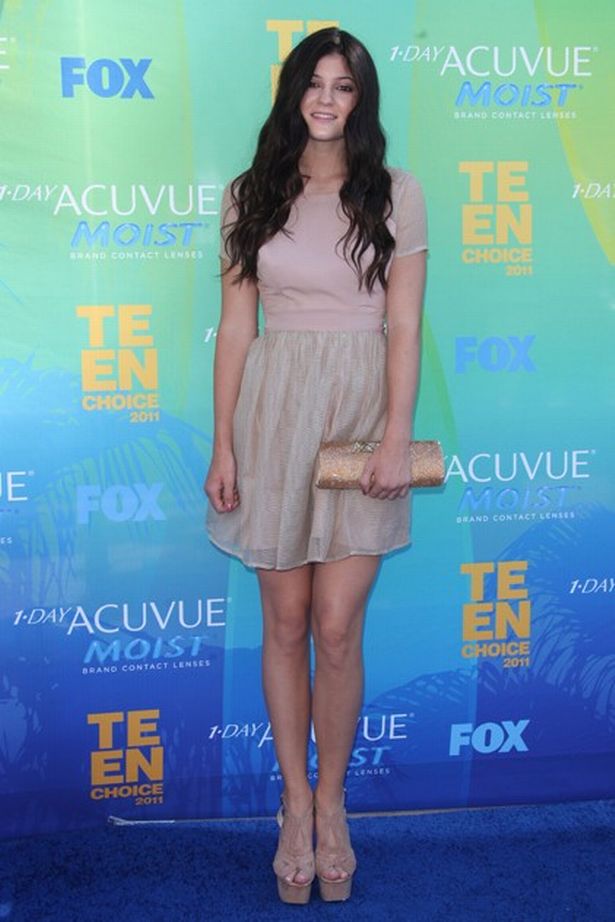 Kylie has always strenuously denied having any other form of surgery.

She previously claimed her hourglass figure and perfect face was down to clever wardrobe tricks and expertly applied make-up.

In a 2019 interview with Paper Magazine, Kylie said: “People think I fully went under the knife and completely reconstructed my face, which is completely false.

“I’m terrified! I would never. They don’t understand what good hair and makeup and, like, fillers, can really do.” 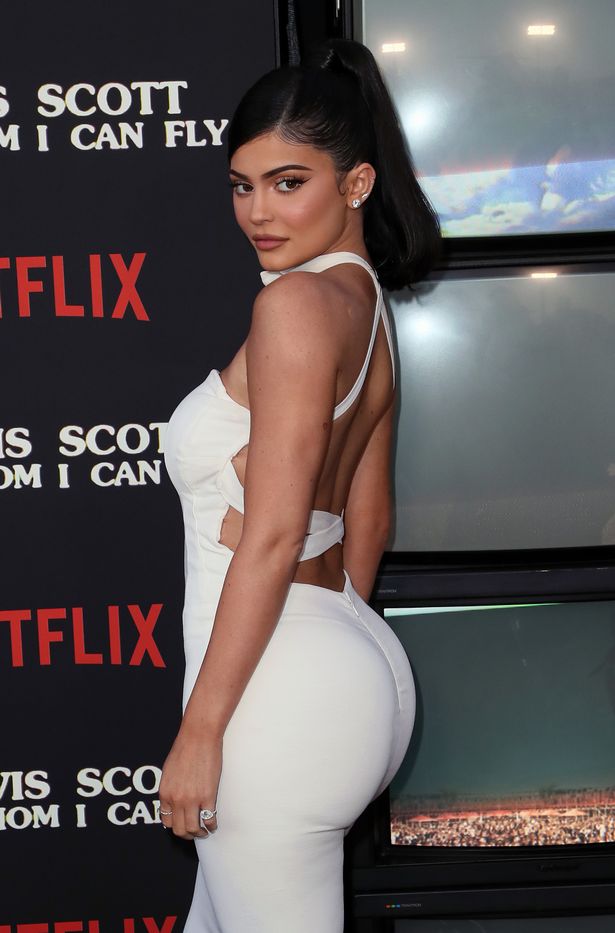 When pressed over how much make-up could really change someone’s face, she added: “It’s fillers.

She’s also been accused of padding out her bottom with implants. 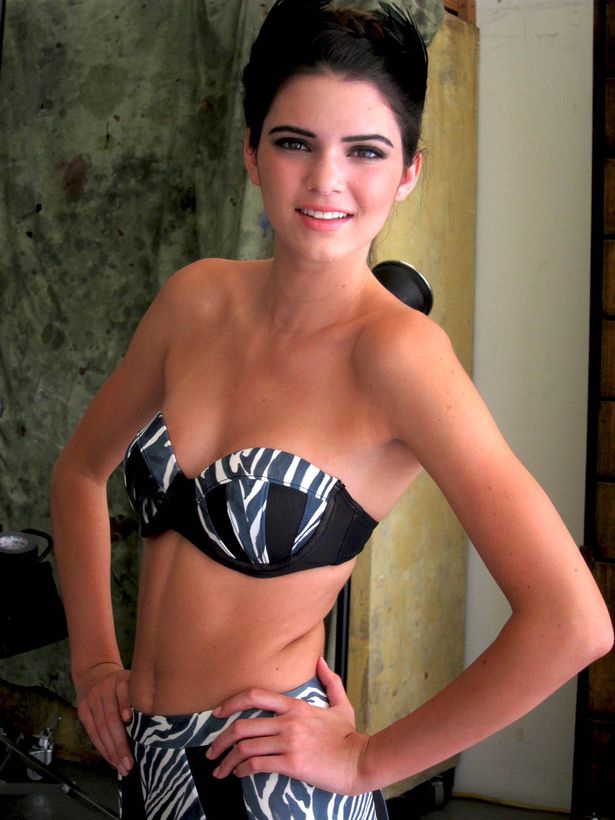 With a successful modelling career, Kendall, 24, has always refused to do anything to her face.

“It’s all so exhausting. As a model, why would I have my face reconstructed? It doesn’t even make sense.

“It’s crazy because sometimes I feel like people just want me to lose,” she once said of the surgery rumours. 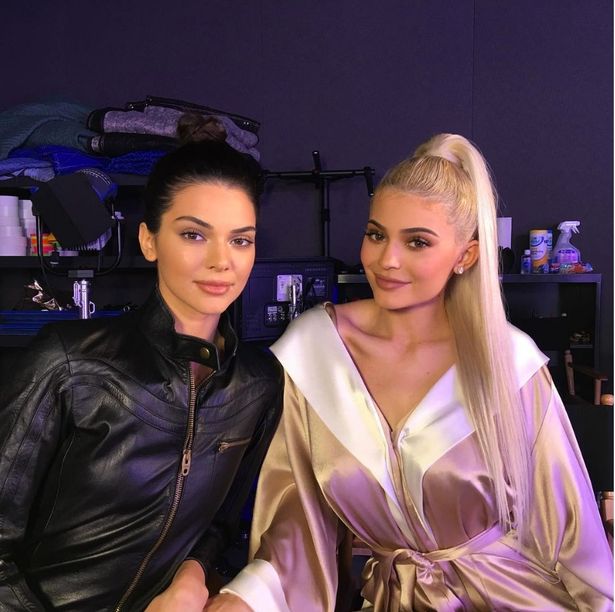 However, experts reckon she’s had a nose job, fillers and botox to arch her eyebrows.

A spokesperson for MYA cosmetic surgery explained: “Looking at pictures of Kendall, the bridge of her nose does appear thinner and more feminine.

“This could indicate a surgical rhinoplasty (nose reshaping) procedure, which has left her with an extremely natural and desirable profile.” 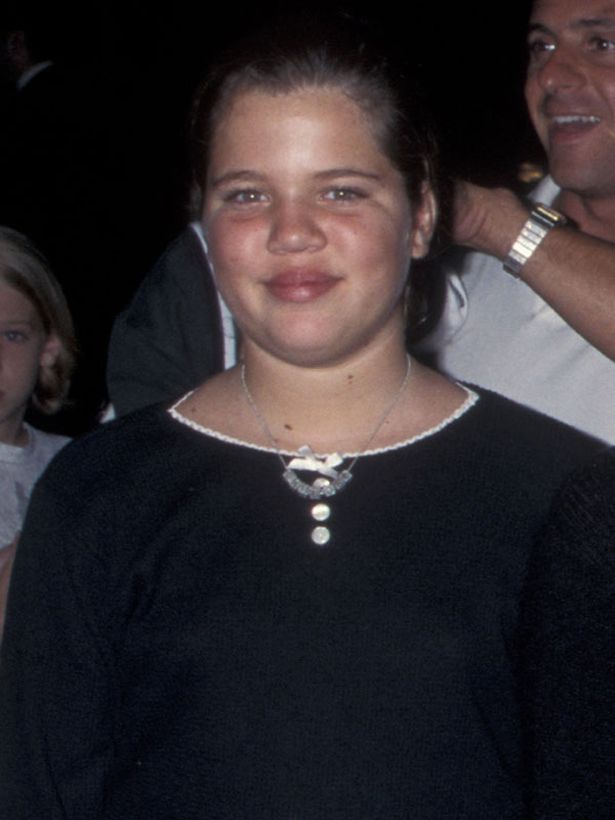 Khloe has always denied having surgery, although she did once admit to using fillers but insisted she’d hated the look.

“[Fillers] did not work for me. I looked crazy, and I still think the effects are in there. I went to have it all dissolved like three times,” she once said.

“My face was so f***ed I had to go and get this whole thing dissolved. It was a bummer and now I’m afraid to do it again. And I’m almost like, I swear things are still in my face.” 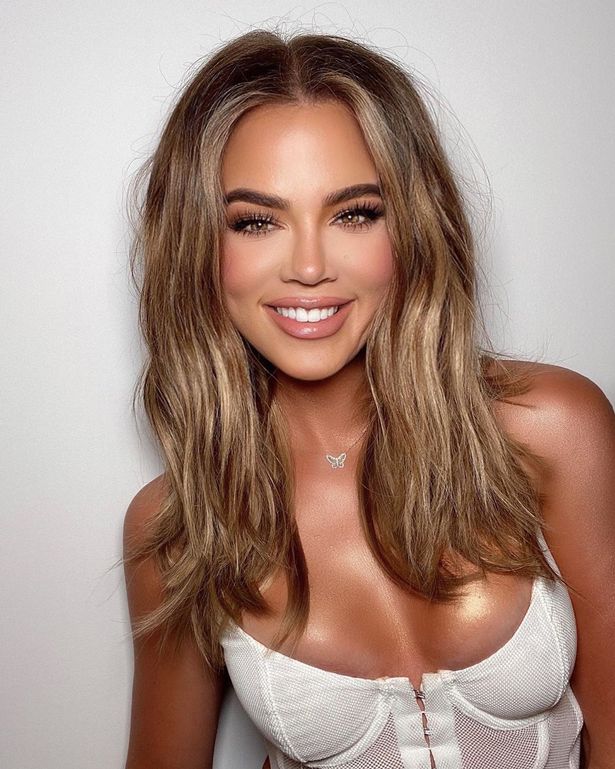 Some put the changes down to clever lipstick and editing tricks, while others are convinced she’s had more work done.

A MYA cosmetic surgeon told us she may have had a nose job, explaining that the “bridge of Khloe’s nose appears thinner, and the tip and nostrils appear to be smaller and slightly lifted compared to previous images of her.

“A nose changing shape in such a way could only be achieved through surgery rather than contouring. The results of the procedure are very natural and still in-keeping with the natural proportions of her face.” 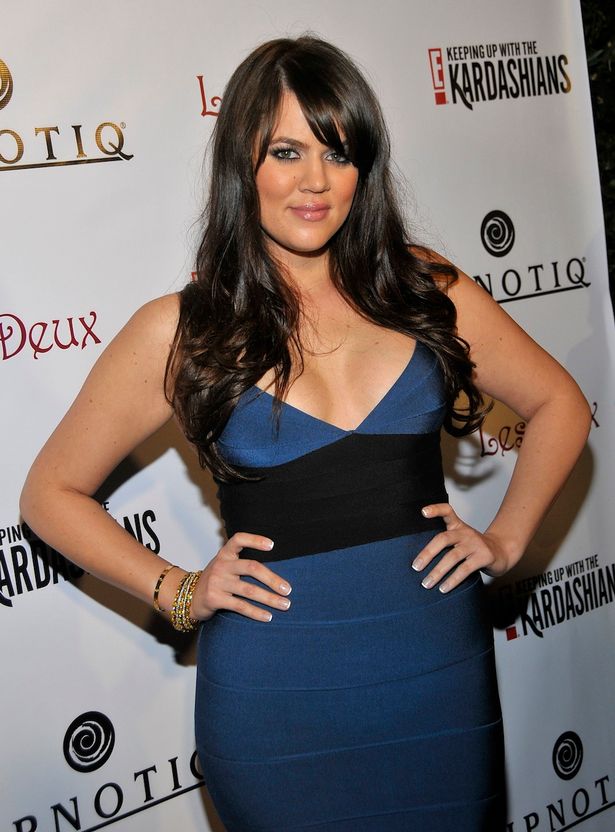 While her body has shrunk over the years, her booty has seemingly grown more curvy – something she attributes to squats rather than surgery.

But the biggest change has been her body, which started to change following her 2013 split from ex-husband, Lamar Odom.

In a bid to establish some control over her own life, she hit the gym and quickly dropped a staggering two and a half stone.

It was out with the junk food and in with juices, health food, personal training sessions and everything else in between. 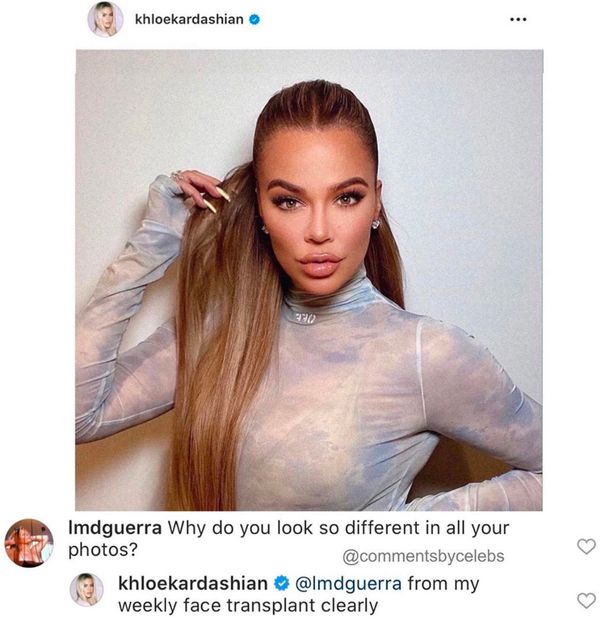 Her breakover was so dramatic that she swiftly landed her own show, Revenge Body, and admitted she struggled to look at images of her ‘unhealthy’ old self.

And she lost a staggering 40lbs after the birth of one-year-old daughter, True.

“As soon as I got clearance from my doctor, I was [in the gym],” she told People magazine.

“I was so excited to start working out again. Mentally I was there. But physically, I couldn’t do it. I was out of breath. I didn’t know how I was going to get to my end goal.” 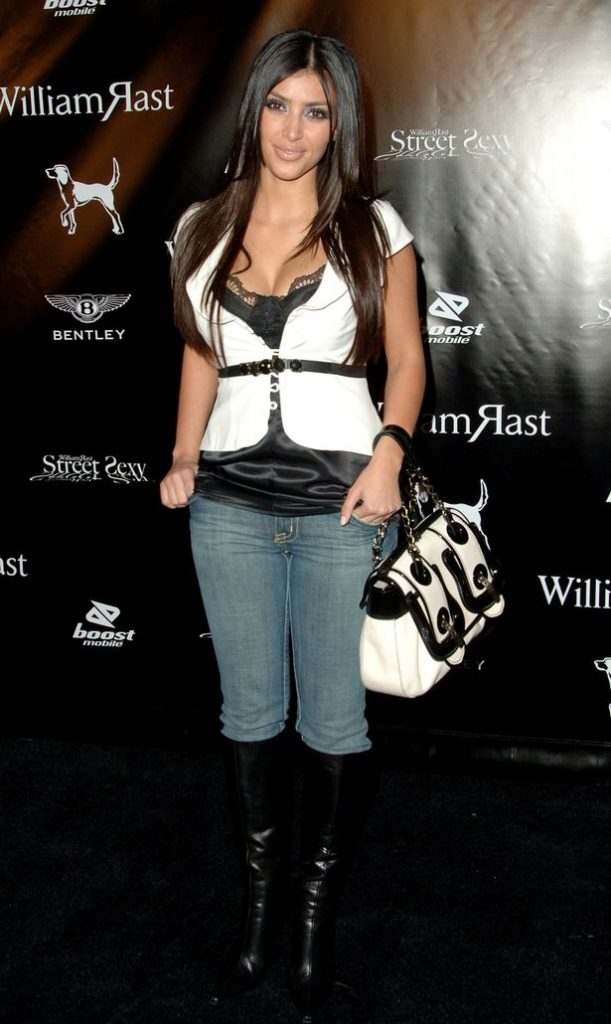 Kim has undergone a dramatic transformation over the last 16 years – morphing from the naturally pretty girl next door into a flawless glamazon.

Kim circa 2007 – aka the year her sex tape with then-boyfriend Ray J was leaked – sported a very different hairline which mysteriously moved over the next 12 months.

And the mother-of-four later admitted undergoing a hair removal procedure that lifted her face and made it look more open.

“I lasered my baby hairs off years ago, because my forehead had all these little baby hairs, and I would always break out because of them,” she told People magazine.

“I have the hairiest forehead you could ever imagine, and I would always break out and get all cracky on my forehead just from all the hair that I had.

“So in high school, I would wax it off because there was just so much hair, and then I would laser it off a little bit. If you Google 2008 or 2007, I had the craziest, hairiest hairline, so I did laser it.” 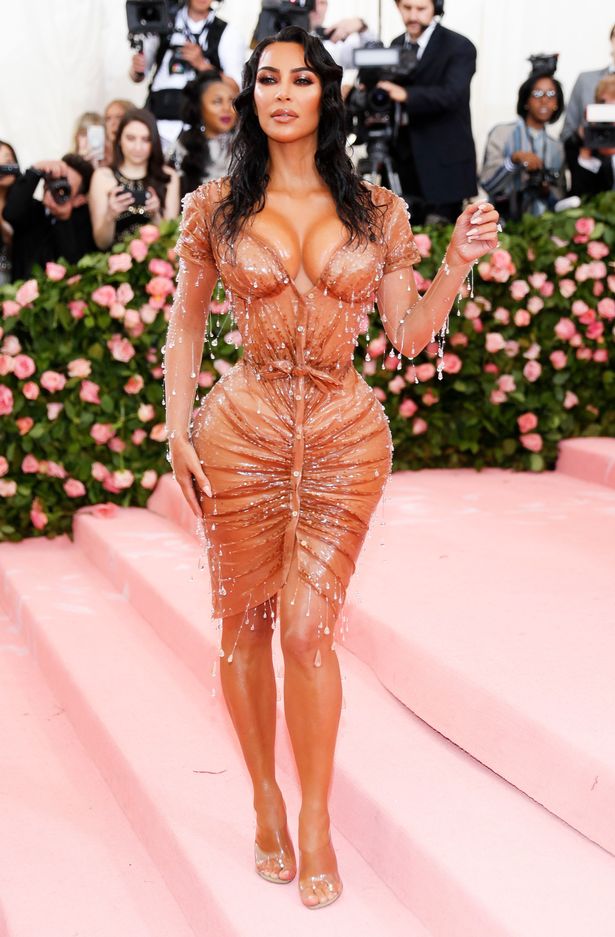 Kim has remained coy over the surgeries she has had over the years – if any – but has previously stressed she has not had a nose job.

“I never had my nose done,” she claimed to make-up expert Mario Dedivanovic back in February 2019.

“Everyone thought I did, and I said wait until I have kids because your real features come out,” she added.

Kim has said sometimes she can’t believe she didn’t have surgery herself, as old photos look different to her.

“Pictures, I swear, I look at them and would be like, ‘Wow the bump looks so much bigger in some pictures than in others,” she claimed. 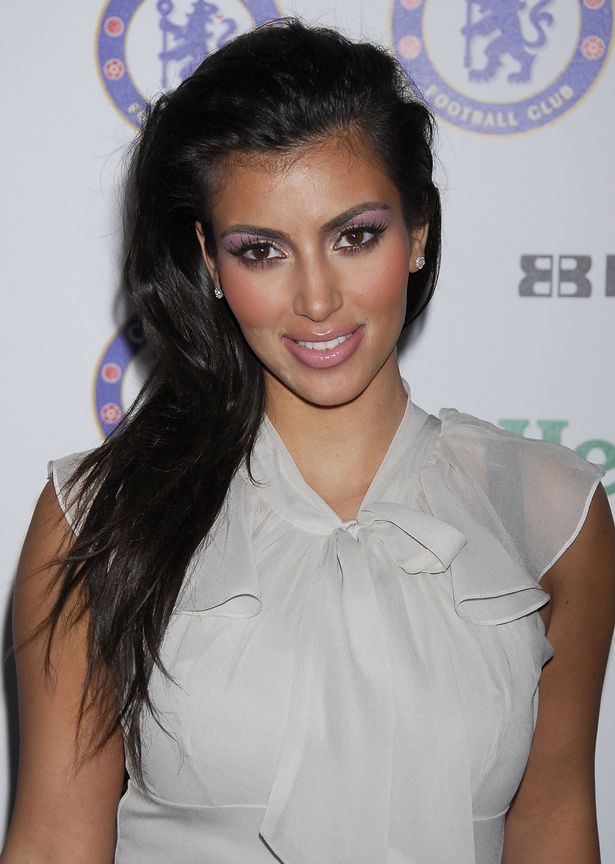 While she’s denied having a nose job, but freely admits she loves a bit of botox, which she says, “isn’t plastic surgery,”

He previously told Mirror Online, “What a difference! Kim certainly appears to have undergone cosmetic treatments to volumise her lips and cheeks.

“Her lips appear fuller – suggesting a lip augmentation using dermal fillers – and her cheeks have likely been filled with a volumiser to create a more sculpted look.” 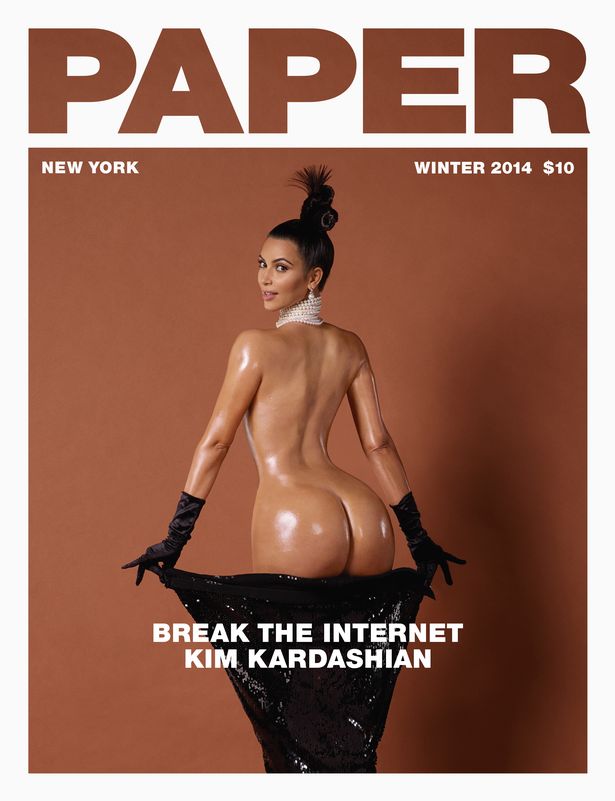 As for that bum, she staunchly denies having had implants or injections, and even once had an x-ray done to prove it.

However, experts believe she’s had fat grafted after undergoing possible liposuction on other areas of her body.

Her wardrobe has also undergone a massive change after husband Kanye West threw out her ‘cheesy clothes’ in 2012 as part of a rebrand which left her in tears.

“I really think my relationship with my husband Kanye really changed everything,” she told CNN Style, admitting she was chuffed with the results once she got over the trauma.

“I mean, back in the day, I thought I had the best style. I look back at outfits, and I’m like, mortified.” 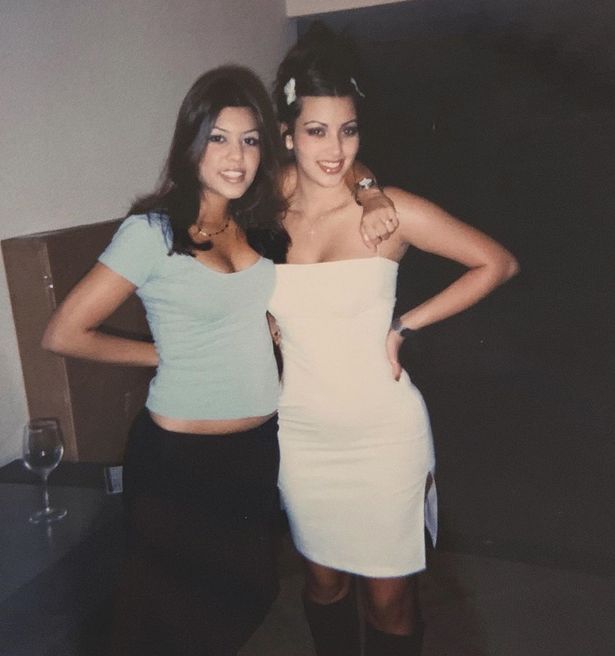 The mother-of three had a boob job back in college, but quickly lived to regret it and toyed with having her implants removed during the early KUWTK years.

“I had my boobs done but if I could go back, I wouldn’t have done it. I was so cute before,” Kourtney said.

Earlier this year, an plastic surgery expert told the Daily Star it looks like she’s now had the original implants replaced with a more natural shape.

Throughout her pregnancies with kids Mason, nine, Penelope, seven, and Reign, four, Kourtney stayed well away from the surgeon’s chair. 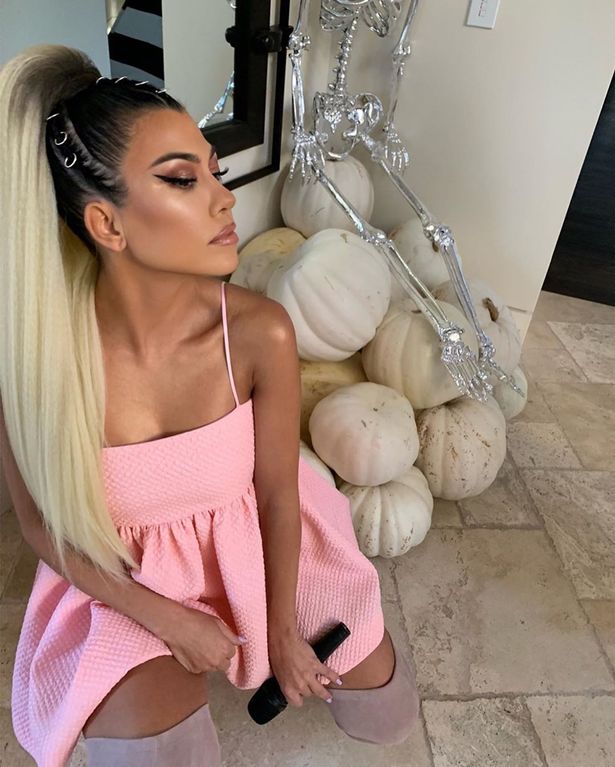 However, some believe the 41-year-old has had a helping hand in more recent years.