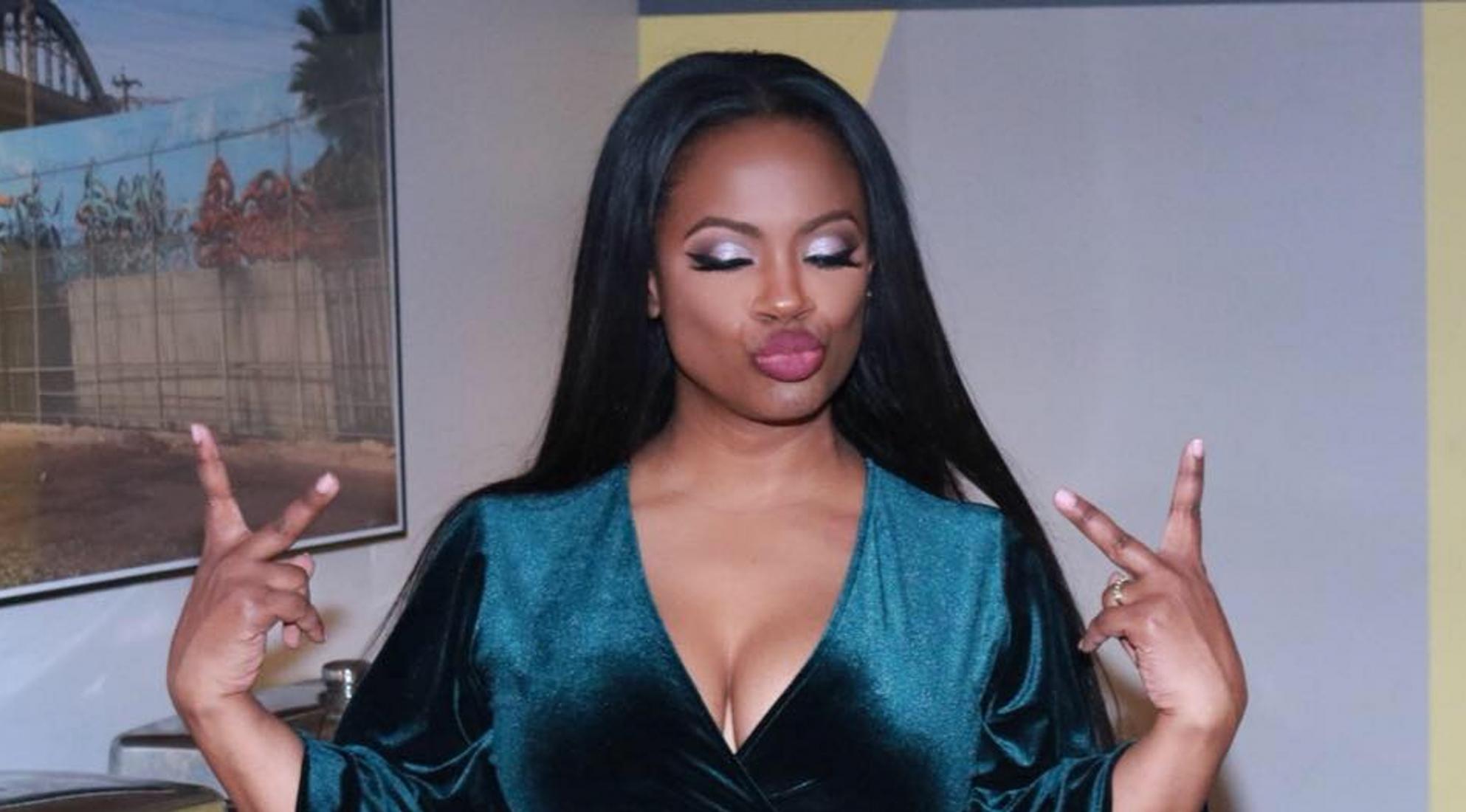 The future of all things TV post-pandemic will be different as we know it. From shows being filmed completely virtually to sex scenes being filmed with dolls as stunt doubles — the entertainment industry is being shaken up more than viewers know.

Kandi Burruss confirmed that the main thing that the network is concerned with is the safety of their talent when it comes to COVID-19. The Chi actress explained that they are being tested all the time to keep everyone safe.

She explained to Extra TV: ‘We’re getting tested all the time. That’s what we have to do to be to continue to tape together, we have to make sure everyone’s status is negative.’

Kandi is booked and busy per usual. In addition to being a new mom for the third time, she and Todd Tucker are having to get creative with the way they do business.

The couple is the owner of multiple successful Old Lady Gang restaurants that are being hit hard by the pandemic. This will most likely be a part of her storyline for the new season.

My girls @thekenyamoore @cynthiabailey10 & @evamarcille got a message for y’all! Turn to #Showtime now! 🎬

Speaking of storylines, rumor has it that Porsha Williams’ loud and proud activism will be a major part of the show.

Burruss may not have left off the last season on good terms with the granddaughter of Hosea Williams but the ladies have all agreed that the Black Lives Matter reawakening is far more important than whatever petty drama they were fighting over.

‘I’m really proud of Porsha… Because she’s keeping Breonna Taylor’s name out there. She’s on the front lines. She’s risking herself with her own freedom to be out there, talking about what needs to be talked about.’

So far, Porsha, Kandi, Kenya Moore, and Cynthia Bailey have all been slated to return. Nene Leakes is said to still be negotiating on what capacity she wants to return in.