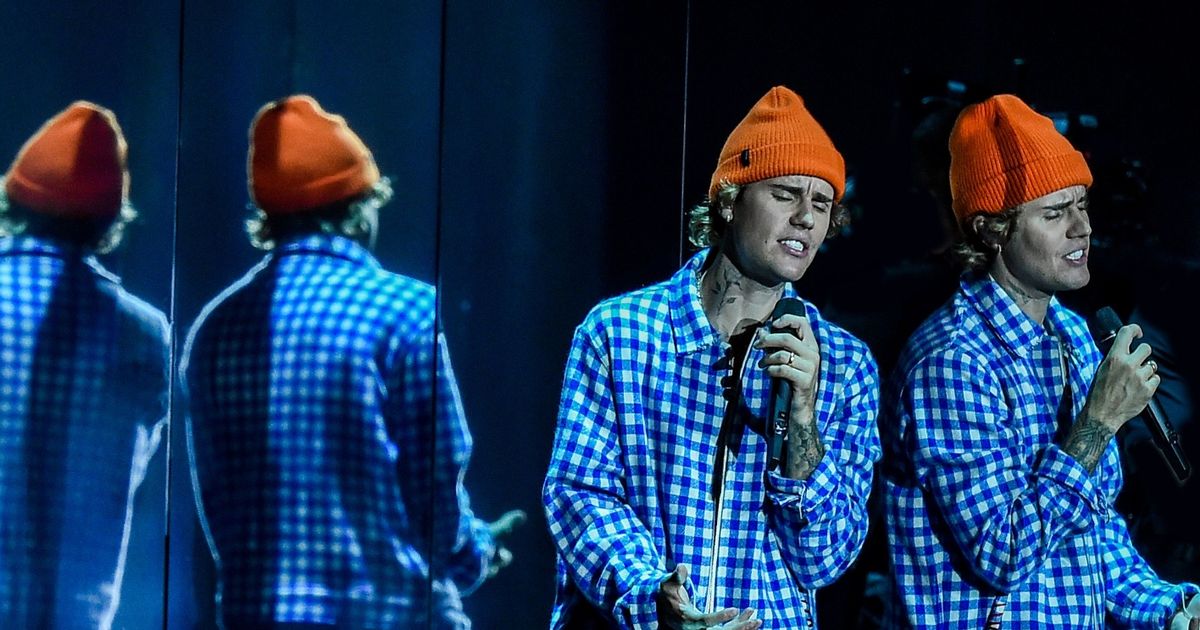 EXCLUSIVE: The Canadian singer went head to head with the Lewisham and Greenwich NHS Trust Choir in 2015, but now they’re working together to spread festive joy – and hopefully make chart history 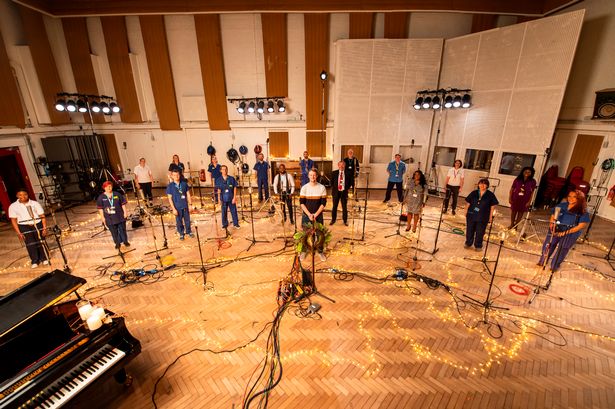 The NHS Choir have entered the battle for Christmas Number One – after teaming up with pop superstar Justin Bieber.

The Lewisham and Greenwich NHS Trust Choir previously beat the singer to the festive top spot in 2015 when Justin urged fans to buy the choir’s song instead of his.

But now the Choir and Justin have joined forces and recorded the duet Holy together as they go for the coveted chart position again to raise money for NHS Charities Together.

Justin said he was “humbled“ to team up with the Choir which will raise money for NHS workers on the Covid frontline.

He said: “It’s great to be reunited with the Lewisham and Greenwich NHS choir, as we share a fun bit of UK chart history together.

“Especially in these difficult times, I’m humbled to team up with them for a charity single that will benefit NHS workers on the frontlines of this pandemic and pay tribute to their unbelievable dedication.” 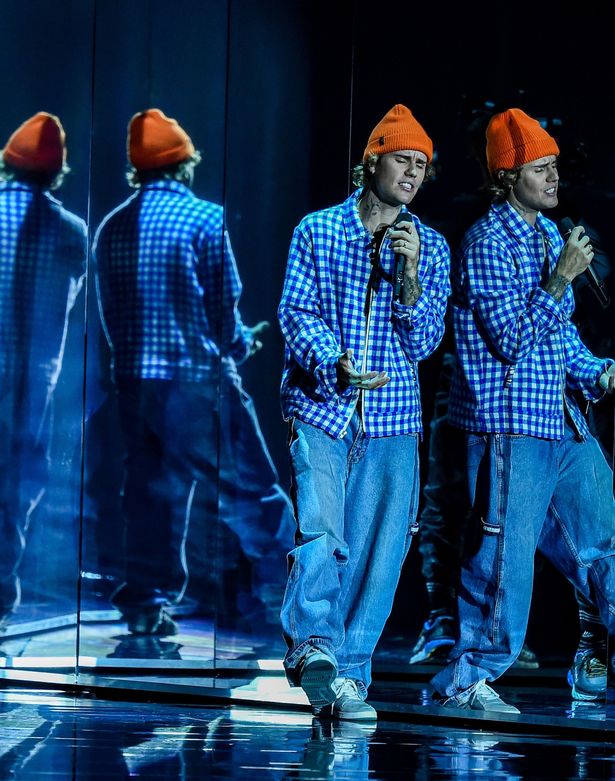 Choir members and married couple Zoe Davies and Tom Jackson are part of the Choir and spoke of their joy at teaming up with Justin.

Endocrinologist Zoe, 37, said: “Justin and his team remembered what happened with Christmas number one and with everything that’s happened this year with Covid 19, they really wanted to do something special. So his people talked to our people!

“Seriously I remember joking about us doing a duet and now it’s happening. I just feel incredibly lucky and grateful for the opportunities the choir has given me. Not only have I had the chance to promote the NHS but it really has been live-changing for me.

“Being Christmas number one was the most insane feeling. We were all listening to the radio and we realised we had done it. I’ll never forget it. We’d love to do it again and we are so excited to have such an amazing song.”

Zoe said getting to Number One would be the perfect boost for those working in the NHS and on the frontline.

She said: “It would be a real boost to everyone working in the NHS especially as things are so hard with covid at the moment. It’s just really hard grind and everyone is finding this year hard and we’ve not been able to see friends and family. 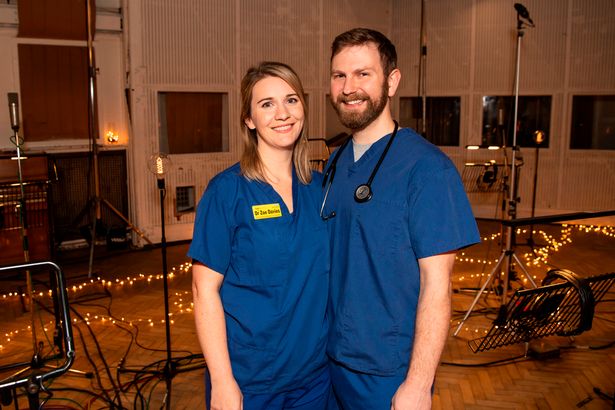 “It’s a bit depressing but when I speak to patients there are so many really grateful still and they ask how you are. We are very busy. It’s been quite hard, you know, working on the COVID wards and people getting quite unwell.”

Justin and the Choir’s story began in 2015 when Justin’s smash hit ‘Love Yourself’ and the choir’s ‘A Bridge Over You’ were neck and neck in the race to become UK Christmas No.1.

On hearing the story, Justin urged his fans to download the choir’s single rather than his own, writing on Twitter “So for 1 week it’s ok not to be #1. Let’s do the right thing & help them win. It’s [email protected]_NHS good luck.”

The tweet went viral, with the NHS single pulling ahead in the final hours and the friendship was formed. They met in person shortly after.

Justin said: “I was honoured to meet everyone from the choir and I’m really happy that they got their number one.” 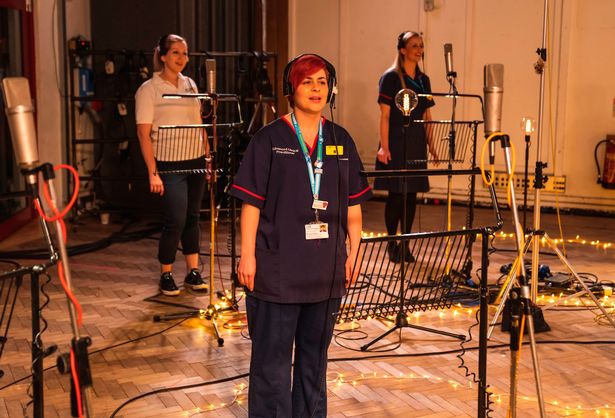 Tom explained: “Being at Abbey Road was mind blowing. Holy is an awesome song and it really sums up this year for me, about having hope particularly with the vaccine. It’s all about the human connection.” 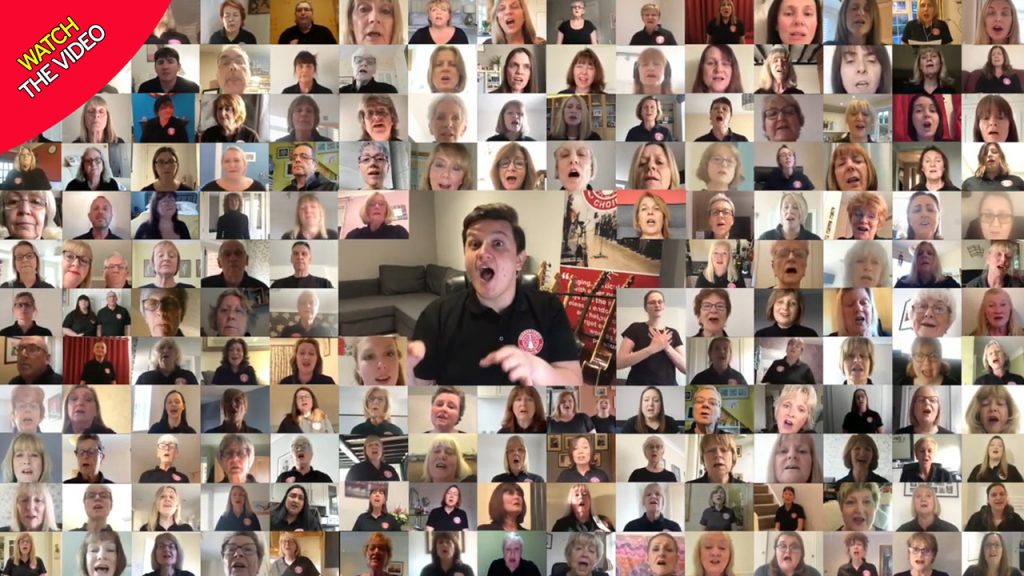 Although they recorded their tracks separately, the choir did meet Justin in 2016 where he presented them with their award for being number one.

Zoe revealed: “He was very nice and congratulated us all and gave us high fives. He actually ended up sitting on my knee as we all posed for photos.”

Read More: Justin Bieber teams up with NHS Choir in bid for Christmas Number One single