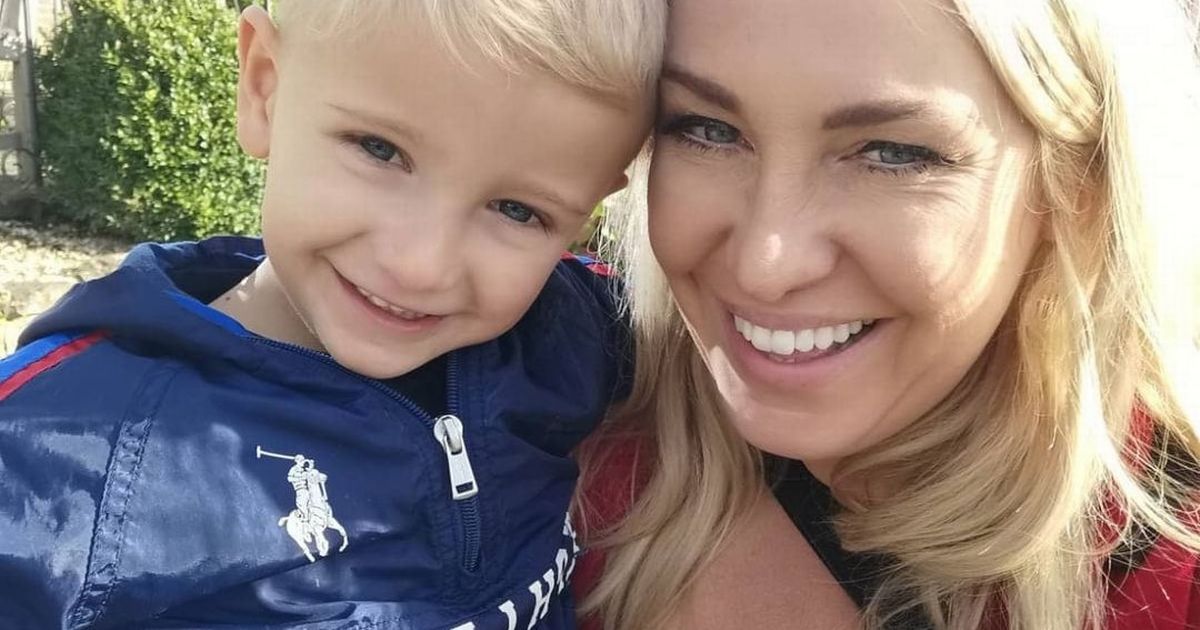 This Morning’s Josie Gibson is bringing the outside inside to the stunning family home she she shares with her son Reggie, which has undergone a very green makeover 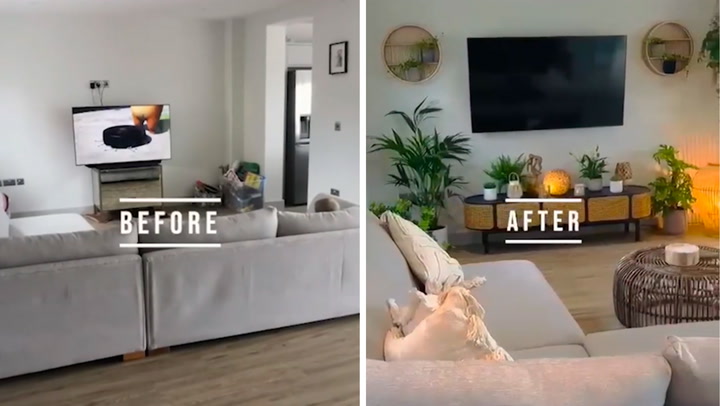 This Morning host, 37, who lives in Bristol with her three-year-old son, teamed up with fellow co-star Georgina Burnett, also known as ‘The Home Genie’, to create the ultimate chill out oasis.

And the former Big Brother winner was thrilled with Georgina’s take on fullfillling her dream ‘boho’ brief as she gave followers a video tour on her Instagram account.

The open plan living space has been turned into a zen chill out area which features a large grey corner sofa along with textured rattan pieces of furniture, including a large lamp, coffee table and shelves.

But the theme of the transformation, which looks to bring outside in, was achieved by adding green leafy plants positioned throughout the home to create a beautiful backdrop.

In keeping with this natural theme, the room also boasts a variety of green leafy plants and warm tea lights, making it the perfect place to put her feet up after a long day at work.

Addressing followers pleas for more details she penned: “For those asking about the air plant feature @burnett_georgina made using @love_tillys here’s a little video we made.”

Explaining the benefits of the living decor she continued: “Air plants have so many health benefits and they don’t need a lot of looking after because they take the moisture from the air so only a little spritz of water now and again. Air plants also clean the air and remove lots of toxins from the air. I think it looks amazing. I’m just over the moon with it.”

And Josie’s followers were impressed by the new decor and posted their approval under her video footage on Instagram.

One of the first to react was their pal and co-star on This Morning, Juliet Sear, who posted: “img that is so cool!!! I need one of these!!!”

Altering the look, the use of light and colour has given Josie’s home a new lease of life

Another wrote: It genuinely is a fantastic idea.”

A third penned to Tilly: ” You have worked wonders! It looks fabulous.”

“Do you know what? It’s more than what I expected. It’s blown me away.”