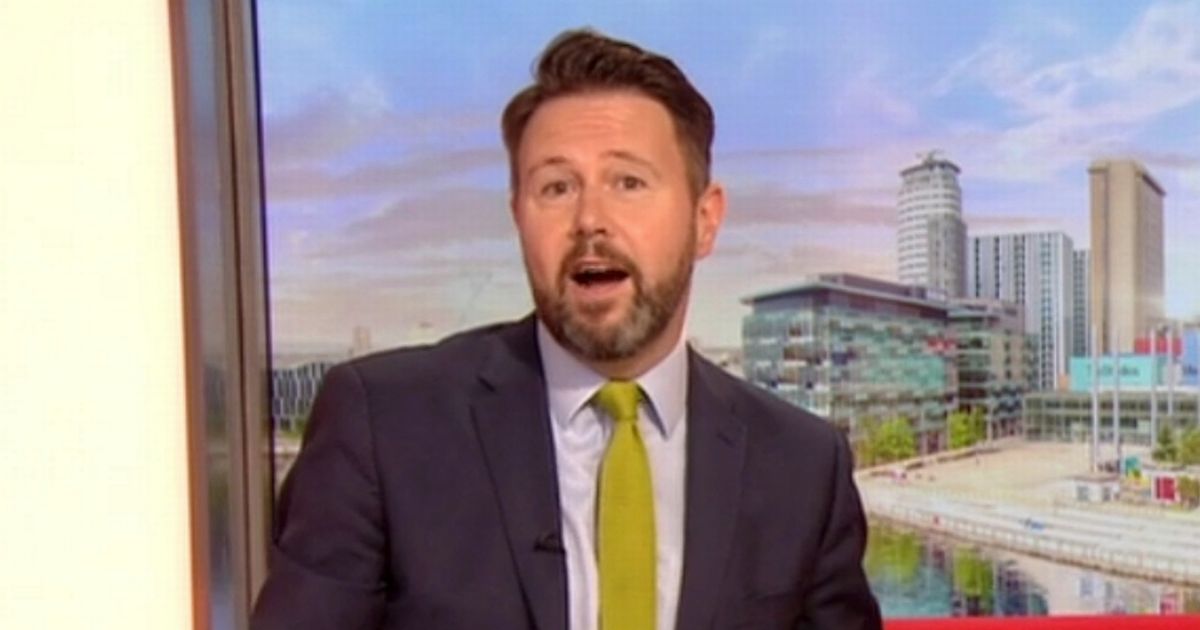 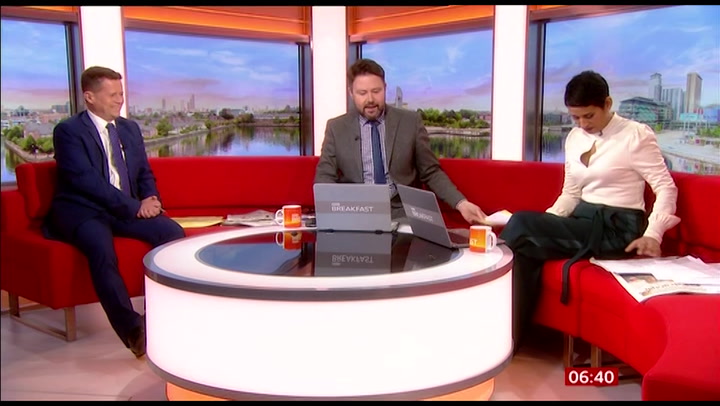 Ever since it was announced that Dan Walker was leaving BBC Breakfast – rumours have been swirling over his replacement.

After working at the BBC for 13 years and hosting on the famous red sofa since 2016, Dan made the “massive deicion to move over to Channel 5, stating: “I don’t think opportunities like this come around very often”.

That has left a space to fill alongside Sally Nugent – with Jon Kay the front runner to take on the role permanently.

The 52-year-old presenter and newsreader has already covered for Dan many times in the past, so already knows the ropes and his way around the building.

Having first joined the BBC Breakfast team in 2010, Jon has experience in the role and is expected to secure the job on a long-term basis.

Amid controversy surrounding who will replace Dan, here is a look at Jon’s life away from the cameras.

Jon Kay has already been filling in alongside Sally Nugent

Born in Hull, Jon spent a year in a Californian High School before graduating from the University of Exeter in Devon with a degree in Politicis in 1992.

It was while “mucking around” in the studios of University Radio Exeter that he decided to pursue a career in broadcast journalism.

Starting off at the BBC as a trainee local reporter in 1993, Jon worked at local radio stations and started his first full-time job at BBC Bristol on the same day as Susanna Reid.

It was in the Bristol newsroom where he met his wife – former journalist and BBC News correspondent Francesca Kasteliz.

The couple have three children together and Francesca now works as a performance coach for presenters, reporters and spokespeople.

Her profile on Bristol Creative Industries says: “Whether you’re a TV presenter, would-be TV talent, a reporter/correspondent, an expert in your field, a CEO or spokesperson for your organisation – I can help you fine-tune the skills you need to be the best you can be on-air.”

After his time in Bristol, Jon went to London to work as political reporter and news correspondent before spending a year travelling around the world with his wife.

Francesca Kasteliz has also been a BBC presenter

They were reporting as they went through China, South East Asia, Australasia and Central America and in Mexico they found themselves in the middle of a deadly hurricane.

On his return to the UK, Jon became the BBC’s south and west of England correspondent for national TV and radio, but he has also done several stints abroad as a BBC foreign correspondent, including Los Angeles and Washington DC.

“Some of the reporting has been tough – like the repatriations at Wootton Bassett, the murder of Jo Yeates and the Vanessa George child-abuse scandal,” he said.

“And hardly a month goes by without me being battered by gale-force winds or smothered in snow – but I also get to meet some amazing people and report on some fantastic things – like the Glastonbury Festival and an octogenarian sky-diver.”

Jon was the Olympics correspondent for BBC News at Six and Ten during the London 2012 Games – and is now known for his stints on BBC Breakfast.

Jon is now the favourite to take over from Dan and applications for the presenting role were shown on the BBC website and closed on May 24.

Jon has been on our screens for years

Interviews for the role are apparently still ongoing and no official announcement has been made as of yet, but BBC Breakfast’s Twitter account had updated its cover image to include Jon alongside Naga Munchetty, Charlie Stayt and Sally Nugent.

A source told the Daily Star : “Much as everyone thinks Jon Kay is the heir apparent for Dan’s job, there has been some uneasiness that the ‘header’ picture for the official BBC Breakfast Twitter account has been changed in the last few days (while the process is still ongoing) to include Jon as one of the four main stars.

The source added that some people felt like bosses could have ‘waited’ a while before changing the header. It also made some people feel ‘uneasy’.

They continued: “There is a bit of awkwardness that the bosses have put Jon in this situation. He is well-liked but there’s a feeling they’ve been a bit hasty and now it looks like a done deal before the process has even got going.”

A lot of BBC Breakfast viewers were gutted in April when Dan announced he was leaving the BBC after 13 wonderful years.

Dan started off hosting Football Focus before joining the breakfast show and he took part in Strictly Come Dancing in 2021.

Jon is favourite to take over

But the lure of Channel 5 was too much, with the presenter announcing in a video shared on Twitter that he was leaving the Beeb to take on a new challenge.

“I’m really excited but this has also been a massive decision for me because I love BBC Breakfast, I love working alongside Sally [Nugent] and I love the team there,” he said.

“But Channel 5 came with big ambitions, with big plans and I don’t think opportunities like this come around very often and I can’t wait.

“I’ve also had the incredibly privilege of working on some iconic programmes over the last few years, both at the BBC and elsewhere and what I love about this deal is I not only get to present the news, but also host a whole range of programmes right across the channel.

“And what an honour to step into the shoes of Sian Williams. I know how popular she is with both the team and also the audience, so all I can say is I will do my very best to maintain her incredibly high standards.”

When he appeared back on the red sofa for the first time, Dan said you sometimes have to grab opportunities in life as he explained his decision to leave.

Dan has started his new gig at Channel 5

He said: “I’ve never ever been motivated by money in any job that I’ve ever taken and even though I love BBC Breakfast and everybody that works on the show.

“It’s a fantastic opportunity to work with a brilliant team at Channel 5. And also, go an make some other programmes outside of here.”

During his emotional final show, Dan admitted it felt “surreal” and former co-host Louis Minchin made a surprise return to wave him off.

As well as a montage of his best bits, there were recorded messages from Olympic champions Jessica Ennis-Hill and Adam Peaty and former rugby league star Rob Burrows.

“I’ve had so many incredible memories. Thank you for tuning in,” said Dan. “Things change. Change can be tough sometimes but it’s also good. Keep watching and thank you for having me.

“I love doing this job and I always find it amazing that other people enjoy watching you do something that you love.”