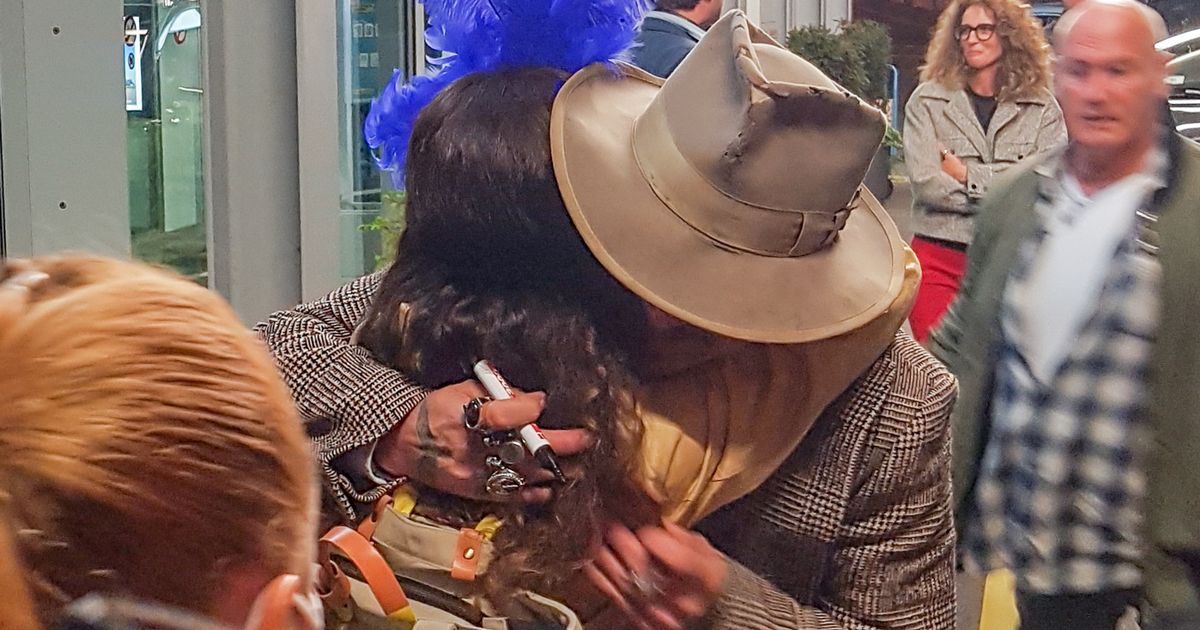 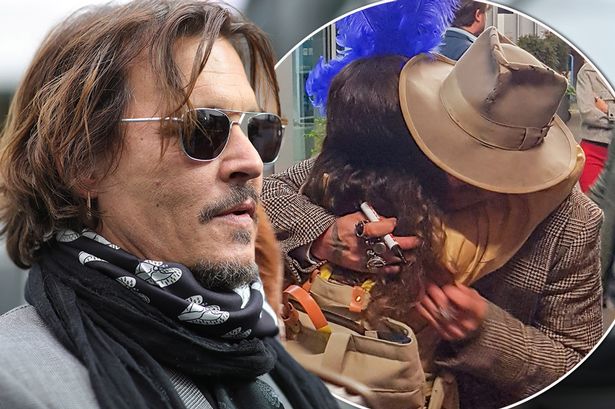 Johnny Depp has seemingly broken social distancing rules to hug an adoring fan while out and about in Zurich, Switzerland.

The Pirates of the Caribbean star, 57, appeared to be in high spirits as he smiled and embraced a bunch of excited fans who asked the Hollywood star to pose for photos.

After departing Zurich’s airport, Johnny was met by a flock of supporters who had been excitedly awaiting for his arrival in Switzerland – and the actor seemed happy to chat and sign autographs after the long-haul flight from LA.

As the coronavirus pandemic continues to rage on, the Edward Scissorhands icon appeared to forget about social distancing guidelines as he gently embraced one of his adoring fans who simply couldn’t contain her excitement about being in the presence of the star.

Johnny later wrapped his arm loosely around another supporter while smiling up a storm for the flashing cameras. 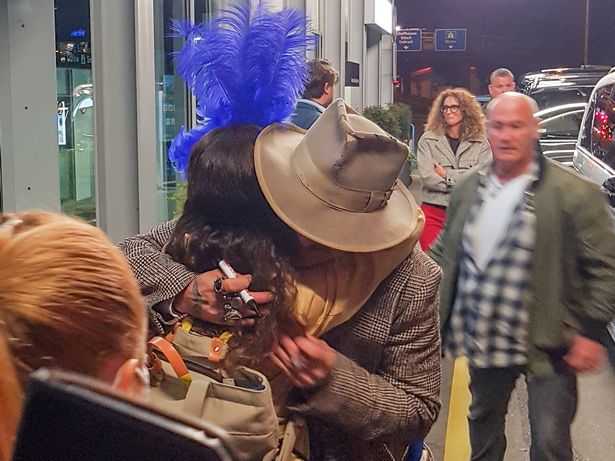 Current government guidance in Switzerland states that residents should keep a distance of at least 1.5 metres from other people.

Dressed in a long tweed jacket and a signature cowboy hat, the actor couldn’t escape the attention despite attempting to hide his identity with a pair of oversized sunglasses.

Johnny was also pictured with a tie-dye patterned mask wrapped around his neck – but he was without it while speaking to his fans. 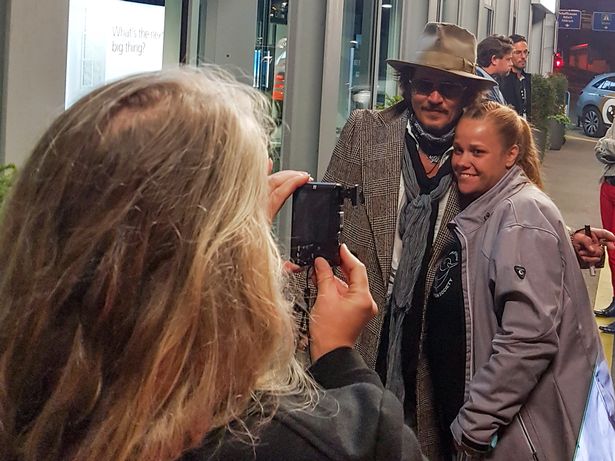 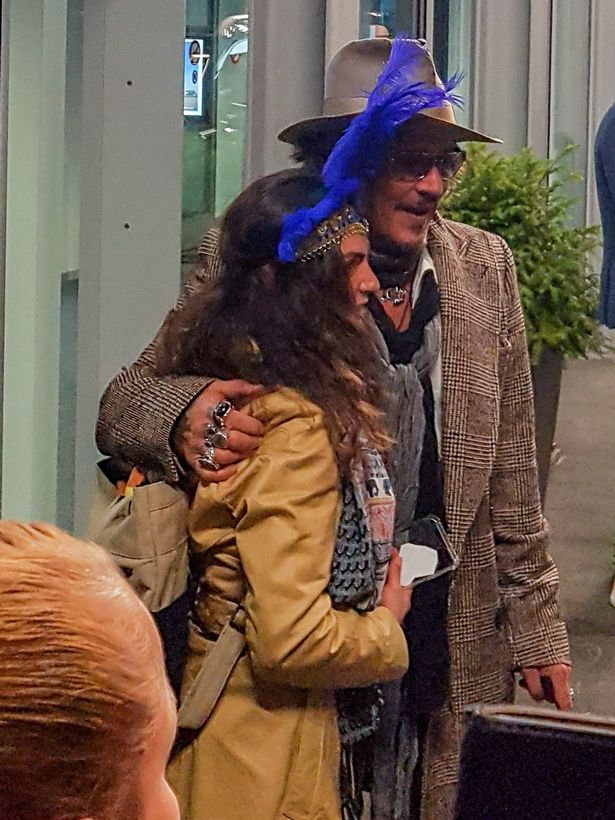 It’s believed that Johnny has flown to Zurich to attend the city’s infamous film festival, which this year is taking place until October 4.

The Hollywood star is set to present his co-produced film Crock of Gold: A Few Rounds with Shane McGowan at a Special Gala. 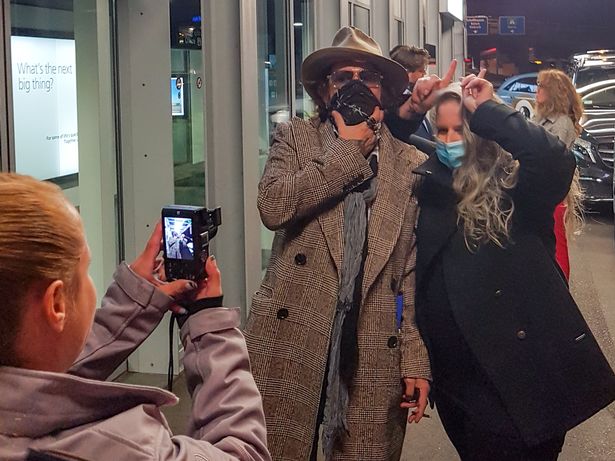 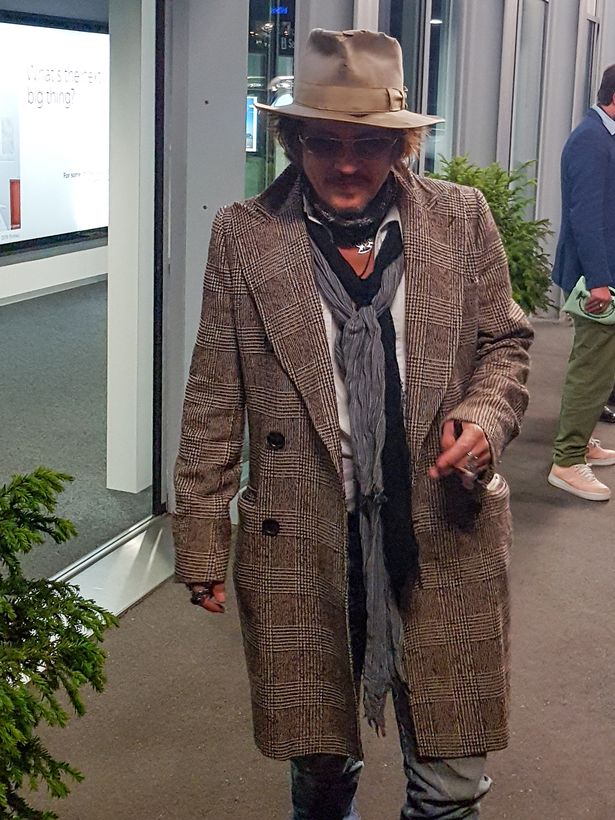 The inspiring documentary tells the story of the Irish folk-punk band The Pogues.

Johnny’s latest appearance comes amid rumours that he’s ‘romantically involved’ with Made In Chelsea’s Sophie Hermann.

He and the 33-year-old star have reportedly grown close in the past months after speaking on the phone after meeting at The Corinthia hotel in London, earlier this year. 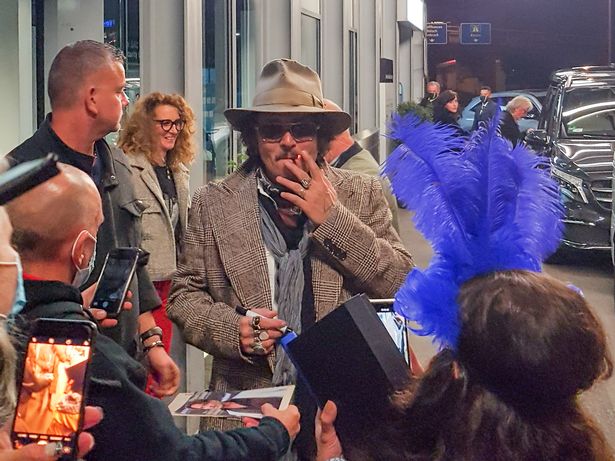 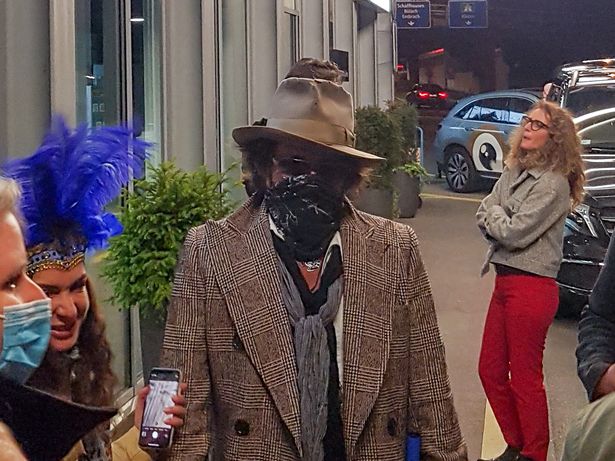 “Sophie left her phone number on a piece of paper and slid it between the strings of his guitar,” German Press report.

The publication claims that after Sophie dished out her digits to the star they “spoke on the phone a lot.”

« Jesy Nelson calls her boyfriend Sean Sagar her 'everything'