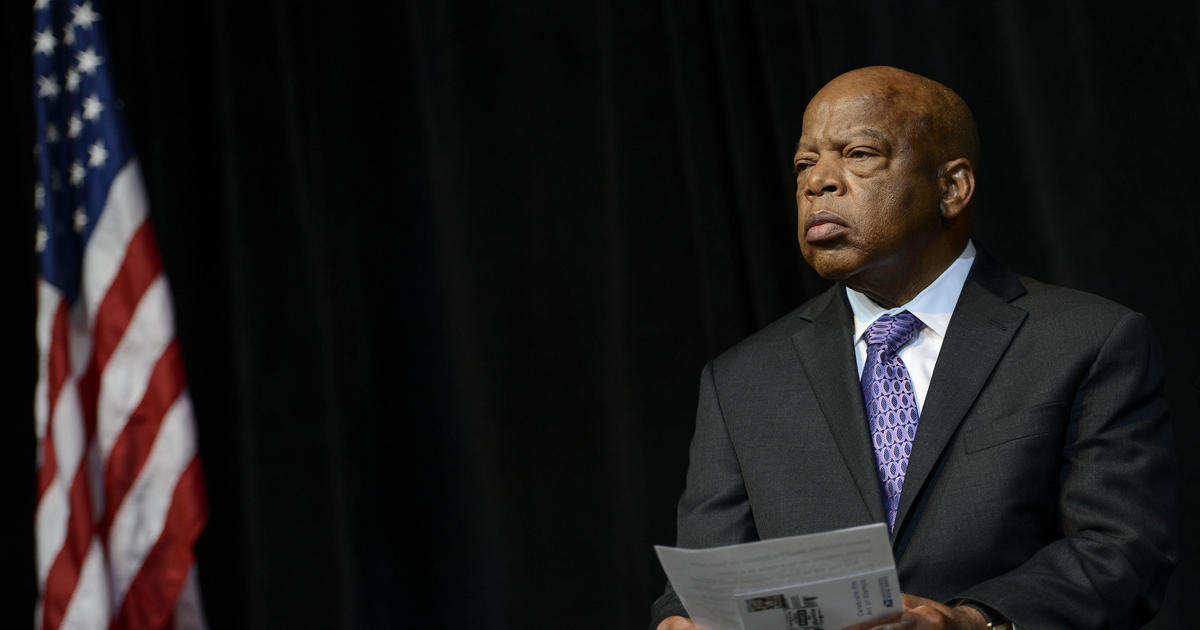 Congressman John Lewis, a civil rights icon who helped organize the 1963 March on Washington and served in Congress for decades, has died, his family confirmed in a statement. Lewis was 80 years old.

“It is with inconsolable grief and enduring sadness that we announce the passing of U.S. Rep. John Lewis,” the statement from his family said. “He was honored and respected as the conscience of the U.S. Congress and an icon of American history, but we knew him as a loving father and brother. He was a stalwart champion in the on-going struggle to demand respect for the dignity and worth of every human being. He dedicated his entire life to non-violent activism and was an outspoken advocate in the struggle for equal justice in America. He will be deeply missed.”

In a Medium post, former President Barack Obama called Lewis “one of my heroes.”

“Not many of us get to live to see our own legacy play out in such a meaningful, remarkable way,” Mr. Obama wrote. “John Lewis did. And thanks to him, we now all have our marching orders — to keep believing in the possibility of remaking this country we love until it lives up to its full promise.”

President Trump on Saturday issued a proclamation on Lewis’ death that ordered flags at the White House and on federal property to be lowered to half-staff, and tributes to the civil rights icon poured in from former presidents, congressional leaders and other political luminaries on both sides of the aisle who honored his work fighting for civil rights and as a public servant.

In December 2019, Lewis announced he had been diagnosed with stage 4 pancreatic cancer. Lewis said in December that he has been “in some kind of fight – for freedom, equality, basic human rights – for nearly my entire life. I have never faced a fight quite like the one I have now.”

He remained an advocate for civil rights through the end of his life, telling “CBS This Morning” co-host Gayle King in June that he believed the nationwide protests that erupted after the death of George Floyd were a tipping point.

“This feels and looks so different. It is so much more massive and all-inclusive. To see people from all over the world taking to the streets, to the roadways, to stand up, to speak up, to speak out, to do what I call ‘getting in trouble,'” Lewis said. “And with a sense of determination and commitment and dedication, there will be no turning back. People now understand what the struggle was all about. It’s another step down the very, very long road toward freedom, justice for all humankind.”

Note to Self: Rep. John Lewis

In 1961, Lewis was just 21 years old when he joined the Freedom Riders who rode public transportation to Alabama in an effort to integrate bus travel. Lewis was beaten and arrested multiple times due to his activism. He was elected as chairman of the Student Nonviolent Coordinating Committee, and was a friend of Dr. Martin Luther King Jr.

Lewis was the youngest speaker at the 1963 March on Washington. He also was a leader of the march in Selma, Alabama, across the Edmund Pettus Bridge on March 7, 1965, that became known as “Bloody Sunday” as police beat the marchers. Lewis’ skull was fractured.

State troopers swing billy clubs to break up a civil rights voting march in Selma, Alabama, March 7, 1965. John Lewis (in the foreground) is being beaten by a state trooper.

“The vision of State Troopers with their clubs raised, their gas masks on, teargas, John Lewis being beaten – those scenes were etched in America’s memory,” retired CBS News journalist Bill Plante told “60 Minutes Overtime” on the 50th anniversary of Bloody Sunday. Plante was on the ground reporting in Selma. “And then when the call went out for people to come down and join in another march, people did. People of all races and creeds.”

Two weeks later, with troops protecting the route, a crowd of thousands led by King marched across the bridge. The events of “Bloody Sunday” helped lead Congress to pass the Voting Rights Act, and President Johnson signed it into law on August 6, 1965.

Lewis spoke in June to CBS News about his activism in the 1960s.

“Yes, I was beaten, left bloody and unconscious. But I never became bitter or hostile, never gave up. I believe that somehow and some way if it becomes necessary to use our bodies to help redeem the soul of a nation, then we must do it,” Lewis said.

Lewis spoke about the importance of the Selma march in a 2015 interview with USA Today ahead of the 50th anniversary of the event.

“I’m convinced beyond the shadow of a doubt, if it hadn’t been for Selma, there would be no Barack Obama as president,” Lewis said.

President Barack Obama (fifth to the left) participates in a march across the Edmund Pettus Bridge in Selma, Alabama, on March 7, 2015.

Mr. Obama, speaking after Lewis on the 50th anniversary, praised him and the original marchers as “warriors of justice” who pushed America closer to a more perfect union.

“So much of our turbulent history — the stain of slavery and anguish of civil war, the yoke of segregation and tyranny of Jim Crow, the death of four little girls in Birmingham, and the dream of a Baptist preacher — met on this bridge,” Mr. Obama told the crowd. “It was not a clash of armies, but a clash of wills; a contest to determine the meaning of America.”

Lewis first entered elected politics in 1981, when he was elected to the Atlanta City Council. He was first elected to Congress in 1986, representing Georgia’s 5th Congressional district, which includes the Martin Luther King Jr. National Park and the Ebenezer Baptist Church, the church where King served as pastor.

Lewis was awarded the Presidential Medal of Freedom by Mr. Obama in 2011. He wrote a graphic novel, “March,” about his life and the civil rights movement in 2013. Its sequel, “Run,” was published in 2018. He was also the subject of a documentary called “Good Trouble,” which was released in June.

Lewis was married to his wife, Lillian, for nearly 50 years before her death in 2012. Together they had one son, John-Miles.

Could cannabis be a possible treatment for COVID-19? »