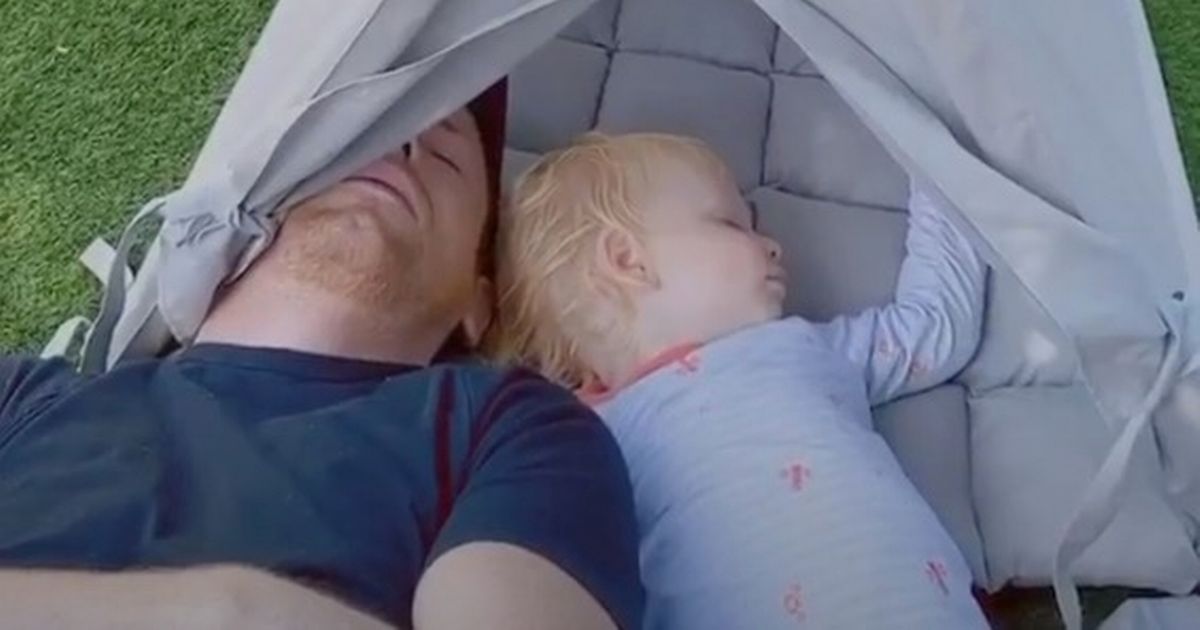 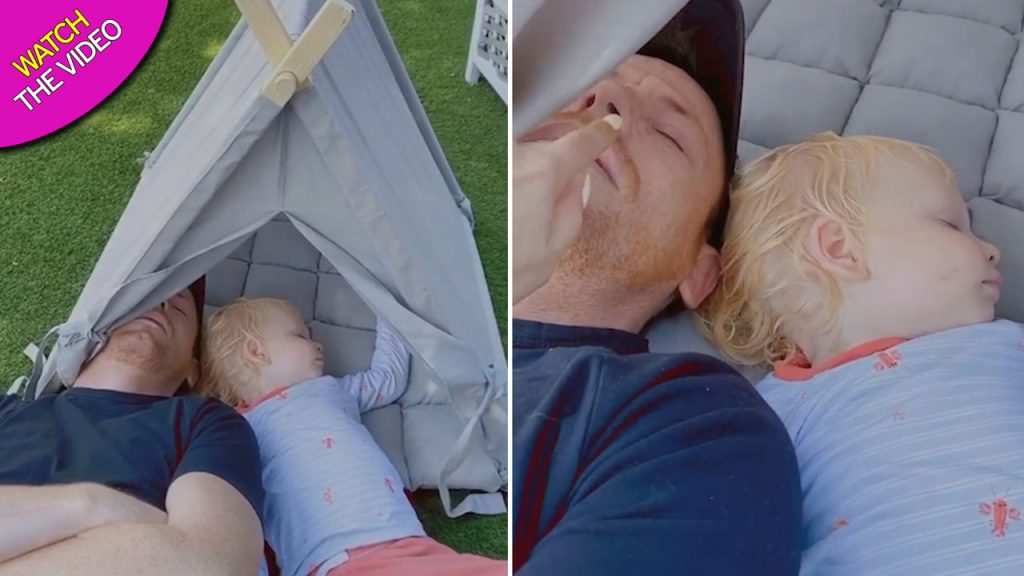 Temperatures in the UK soared to almost 40C today as the August heatwave hit – and it’s left plenty of celebs wilting just like the rest of us.

Joe Swash, 38, appeared to be having a rough time of the sweltering summer scorcher as his girlfriend Stacey Solmon revealed he’d passed out in the garden.

In her video, Joe was seen lying on the artificial grass with his head in a children’s tent alongside their todder son Rex.

She gave him a rude awakening by sticking a finger up his nose, and he grumpily replied: “What the hell are you doing?”

Another star suffering in the heat was Jacqueline Jossa, 27, who went topless to film an update for her Instagram page because it was “too hot for clothes”.

She was seen sitting outside with a T-shirt draped over her chest because she was too hot to put it on. 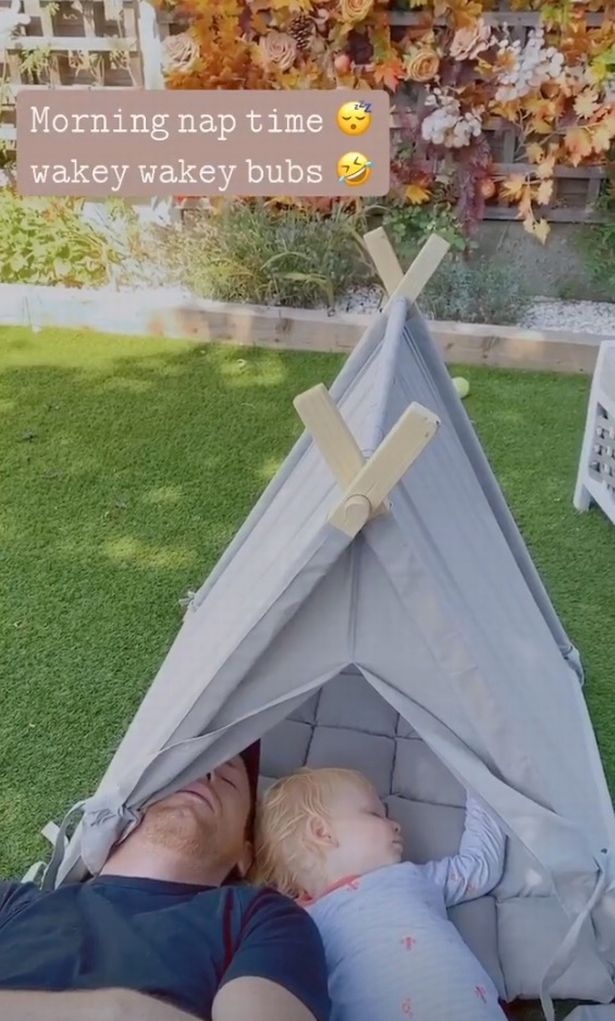 However, it wasn’t all bad at Jac’s house as she shared a picture of an incredible paddling pool in her back garden that was big enough for both her kids and her dog to swim in.

In her video, her two daughters Ella and Mia, were seen splashing about in the huge pool with their mum and their pet pooch Rex.

Former Strictly star AJ Pritchard was faring much worse as the mercury skyrocketed, sharing a picture of his very sweaty face. 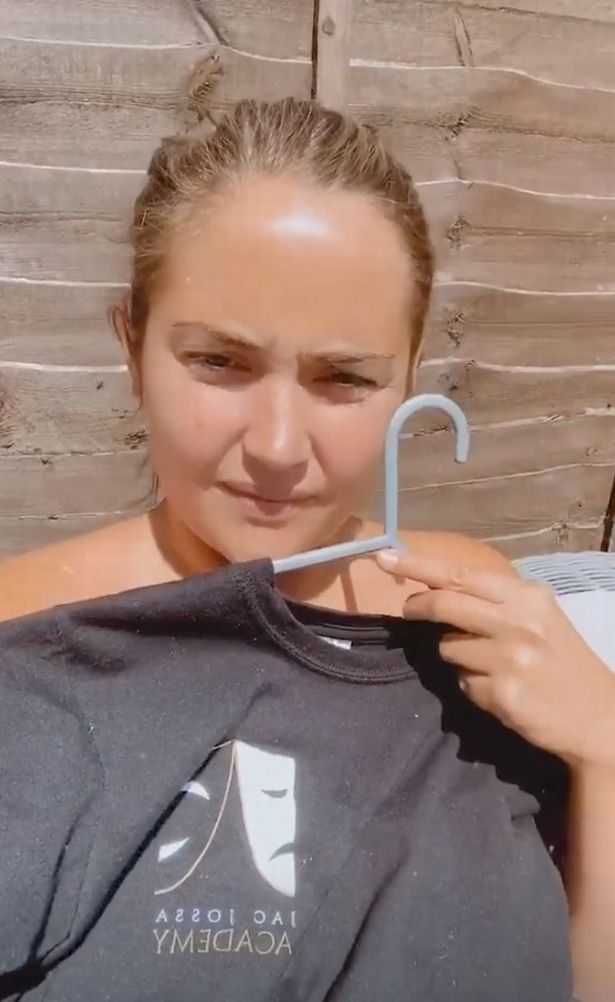 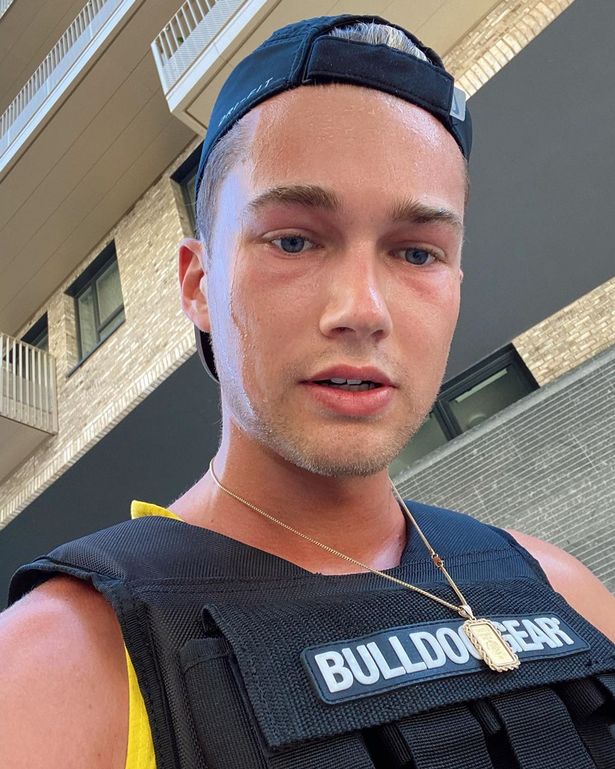 AJ was bright red and dripping wet in the snaps, which he posted on Instagram and captioned: “The sweat is real.”

He later revealed he’d been out on a run during the hottest time of the day, and declared he was “dead”.

While many stars have jetted off on holiday abroad, Jeff Brazier has taken his family on a trip to Cornwall. 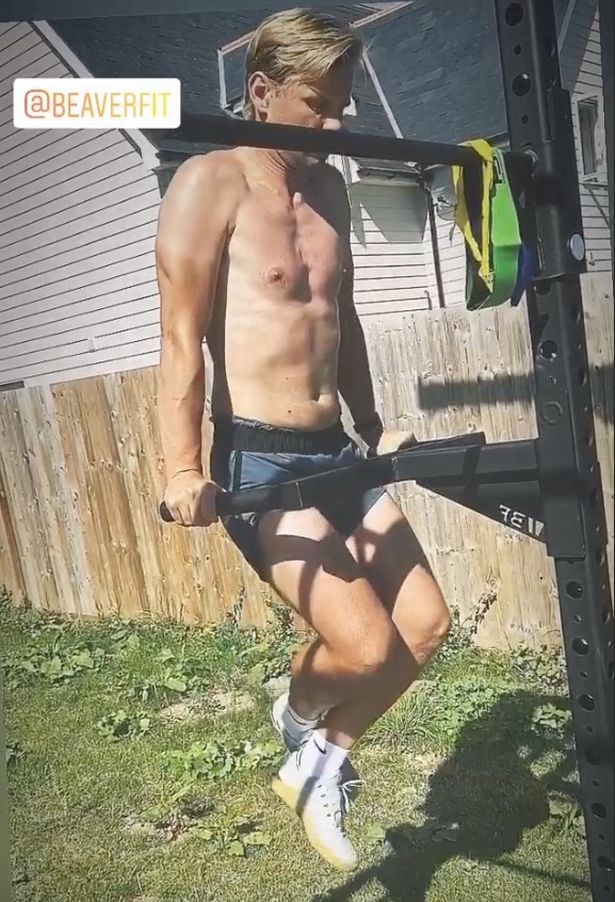 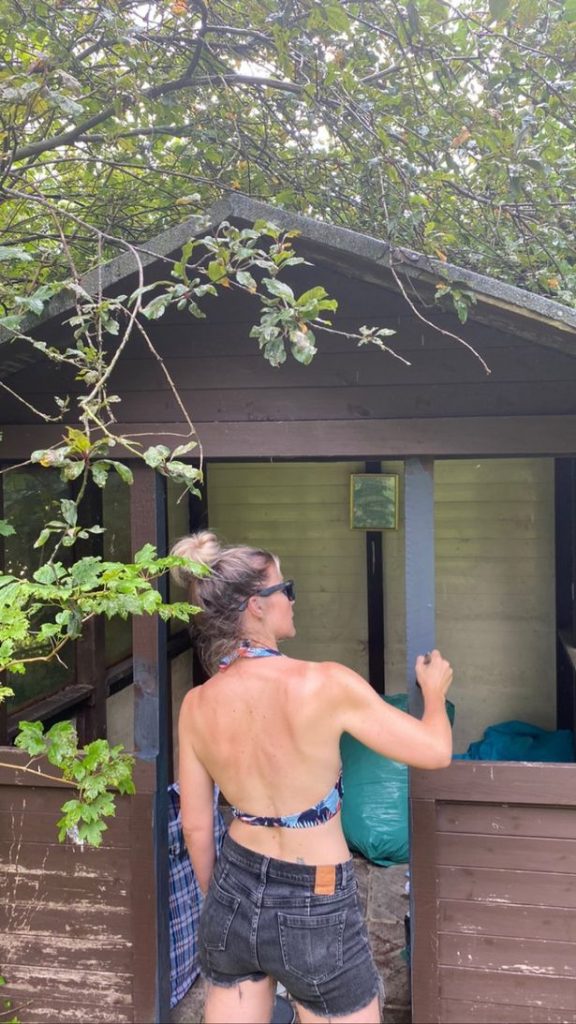 He posted pictures from the beach in Newquay, showing himself strolling out of the water in a wetsuit while he also shared pictures of himself topping up his tan in the garden.

Jeff decided to multi-task by working out and sunbathing all at the same time.

Telly presenter Helen Skelton chose today to paint her garden shed, and was seen outside in shorts and a bikini top as she got to work.