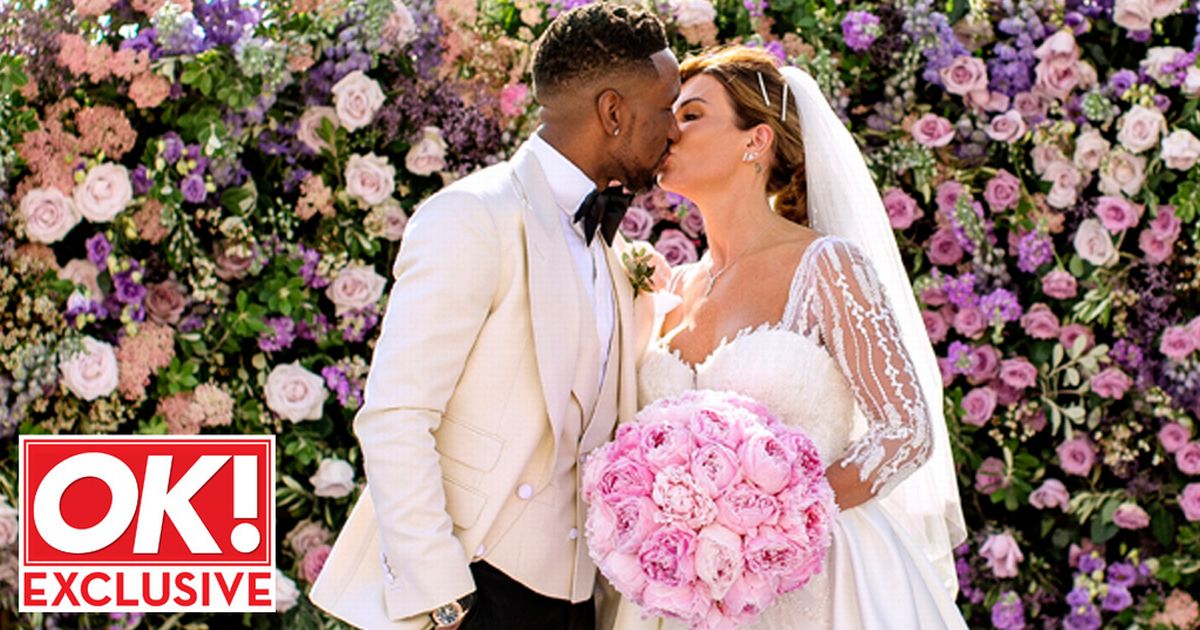 Jermain Defoe got married earlier this month, with photos from the wedding providing a glimpse inside the celebrations that the groom and his bride Donna Tierney had with their loved ones 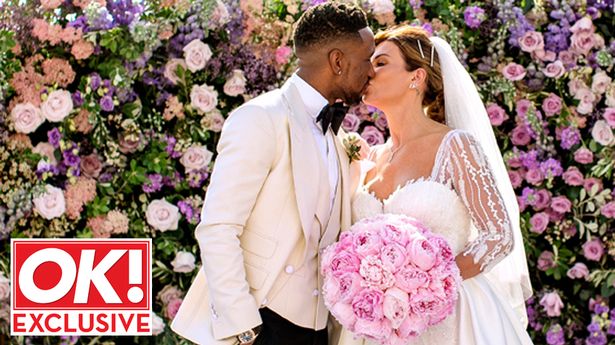 Jermain Defoe tied the knot with his fiancé Donna Tierney in a fairytale wedding earlier this month, with photos from their special day giving a glimpse inside the event.

The former footballer, 39, and the beauty therapist got married at the charming country house Cliveden House in Berkshire, with more than 300 guests in attendance.

The couple – who got engaged last summer – enjoyed a three-day celebration of their union at the venue, which included a four-course meal and an array of entertainment.

Donna wore a bespoke gown for their recent nuptials, which included laced-sleeves and detailing – with Jermain looking dapper in a traditional suit, including a white jacket, in the pictures shared with OK! magazine.

The newlyweds have shared photos from their wedding with OK! this week, which provide a glimpse inside their lavish ceremony and celebrations from earlier this month.

Photos show the bride and the groom – who has played for the England national team during his career – posing in front of an extravagant floral arch on the grounds of the venue.

Donna is a vision in white, with her elegant gown understood to have been designed by Anna Cirignaco of Eleganza Sposa, which is based in the bride’s hometown of Glasgow.

Jermain – who previously played for Tottenham Hotspur – stands by her side in a three-piece suit, which includes an off-white jacket, a black bow-tie and a pair of black pants.

Other photos show the bride with her attendants, who include her daughter Olivia and her sister Charlene. The bridesmaids wore matching blue dresses for the nuptials.

They posed for photos at the venue, which boasts a 376-acre estate and is said to have been where Meghan Markle had stayed before her wedding to Prince Harry in 2018.

Jermain and Donna’s wedding album features in this week’s OK! magazine, out now

Jermaine’s groomsmen – including his cousin Stefan and friend Ryan – wore traditional suits, with them understood to have been styled by Mo Adass at Signature Bespoke.

The groom walked down the aisle with his mother, Sandra, who wore a pink gown. The bride was accompanied by her father, Charlie, as What A Wonderful World played out.

“When I turned around and saw her from a distance, my eyes just started welling up. I tried to compose myself, but I’m an emotional person anyway,” commented Jermain.

Discussing their wedding ceremony, the groom said: “It was the best feeling ever. […] This is my future. This is forever. This is the person I want to spend the rest of my life with.”

The nuptials were followed by a reception inside a glass orangery marquee, decorated in pale pink, with delphinium chandeliers seen hanging from ceiling in photos.

Tables adhered to the theme, with large floral displays laid across them. Guests were treated to a four-course meal, including “very posh” chicken Kiev and apple tarte tatin.

Entertainment included a bagpipe serenade as guests arrived, in honour of the bride’s Scottish heritage, as well as a steel bad which were a nod to Jermain’s Caribbean roots.

The newlyweds took to the dancefloor inside the marquee for their first dance to Luther Vandross’ Always And Forever, with guests invited to join them halfway through the song.

The newlyweds got engaged in style last year

Another photo from the reception shows Jermain giving his speech, in which he “spoke from the heart” and addressed wife Donna and his stepdaughter Olivia directly.

The bride said: “The bit that got me was when he spoke about my daughter. […] That made me feel extra-special.” She added that Jermain is “such a good” stepfather.

The celebrations also included a six-tier red velvet wedding cake, adorned with floral decoration – with guests able to enjoy a Caribbean buffet later in the evening too.

An after-party later in the evening included displays from fire-eaters and flamethrowers, with the wedding marquee on the estate transformed into a nightclub.

Among the 360 guests at the wedding earlier this month were several of the groom’s football pals, including Ledley King, Carlton Cole, Shaun Wright-Phillips and Leon Knight.

Some guests had been invited to a barbeque the day before the wedding and the newlyweds hosted tea on the third day. The couple later honeymooned in the Maldives.