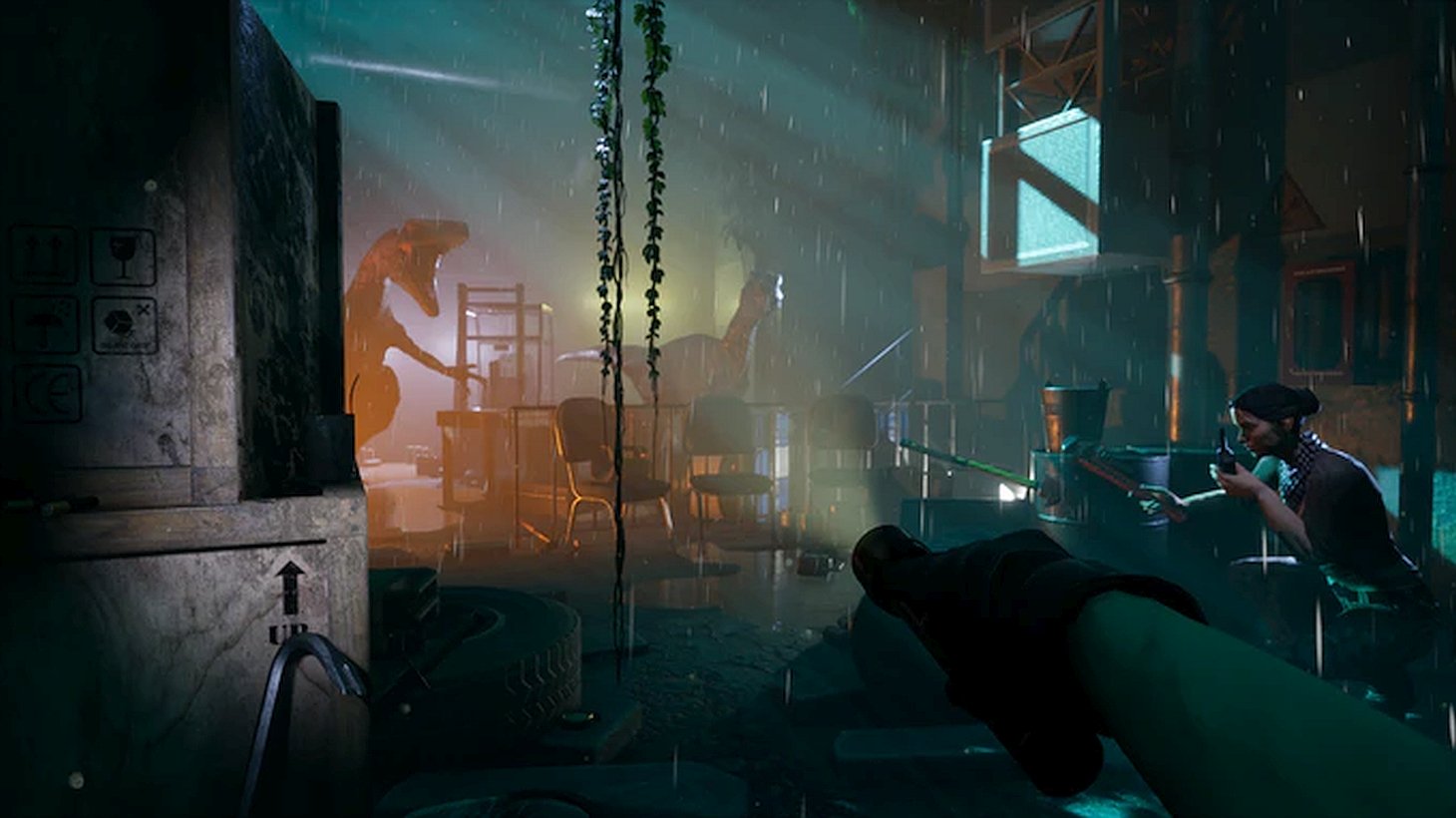 Collective Jaw Drop Games launched the Kickstarter campaign for their co-op survival game Deathground a few weeks ago. The game brings players together on a tense journey to survive against dynamic and reactive A.I. dinosaurs.

The game uses the power of the Unreal Engine 4 to create low lighting and dark environments to create tension. The pre-alpha footage shows long corridors where dinosaurs could be lurking at any turn. In outdoor environments, there are dynamic objectives and changing weather patterns.

Deathground contains both solo and squad-based survivor horror. In solo play, players can leave their teammates behind to try and survive alone. In the squad-based mode, players can work together to escape difficult situations.

Players can rely on more than stealth to survive, such as interacting with a variety of items and weapons or create new tools with the crafting system.

Deathground will have various characters to choose from. The Kickstarter page has some examples, such as the Engineer who can hack and has increased throwing distance, a Scout paired with a dinosaur detection device, plus a Hunter who excels at stealth and wields a high-caliber rifle.

Every session of Deathground is different. Throughout each session, the A.I. dinosaurs, weather, spawn points, and extraction locations change. Players can begin Deathground with a new experience each time to keep them on their feet. The main game loop is composed of entering the play session, retrieving loot, reaching the extraction point, then leveling up.

The music was composed by AFTA-nominated composer, David Housden, who previously worked on the soundtracks for Thomas was Alone, Volume, and Q.U.B.E. 2.

Deathground is currently only planned for P.C. The developer is hoping to release the game on consoles in the future, but P.C. is the primary target. This includes any possible V.R. release.

We’ve been building the foundations of the game for over 6 months now and have been carefully planning our production pipeline and creative strategy. We’ve come to Kickstarter because we’re confident there’s an audience out there for this type of game and we’d love for the community to help shape the game experience, so together, we can create something incredible.

Jaw Drop Games is an indie game development studio based in the U.K. The collective brings together industry veterans who have worked with both AAA games and indie titles. Some of the collective’s members have worked on titles such as DiRT 5, Q.U.B.E. 1 and 2, and Hue.

The development of Deathground will welcome input from the community of players. During development, players who donated to specific tiers will get the opportunity to test the game and give their feedback. Even after the game has launched, the developer will seek feedback from the players to improve the game or add future content. The planned retail release date is in 2022.

The Kickstarter project for Deathground ends on August 15.