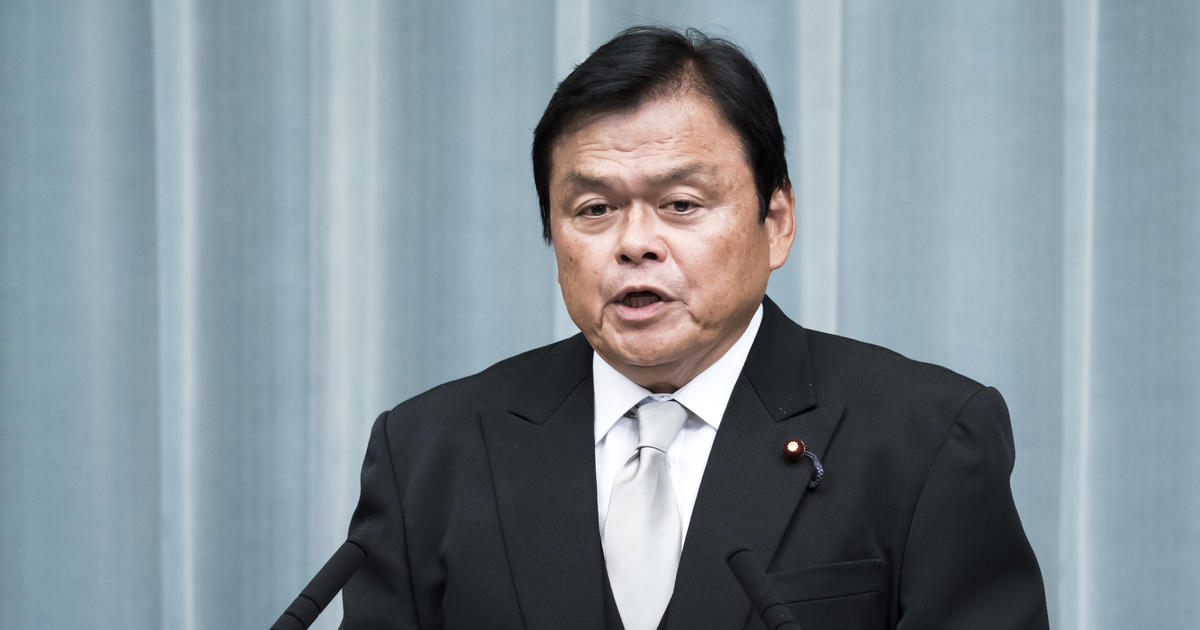 Tokyo — It was barely noticed even in Japan this week, but for one brief moment, a Japanese official did something completely out of national character: He expressed his opinion.

“A sitting president making accusations of election fraud and insisting he will ‘never give up.’ Am I the only one seeing this and thinking, what kind of dictatorship is this?” Japanese Land Minister Kazuyoshi Akaba wrote on Twitter, lambasting President Trump’s refusal to concede the election and wondering: “Where has our role model for democracy gone?”

Japan’s Minister of Land, Infrastructure, Transport and Tourism Kazuyoshi Akaba speaks during a press conference in Tokyo, in a September 11, 2019 file photo.

After a backlash on Twitter from Japan’s small but vocal niche of right-wing nationalists, he quickly deleted his burst of frankness.

It’s difficult to understate how rare such public statements are in Japan, all the more so under the country’s taciturn new prime minister, Yoshihide Suga.

According to the Asahi Shimbun newspaper, Suga uttered, “I want to refrain from replying,” 42 times during less than two weeks of recent deliberations in the Diet, Japan’s national legislature.

Other favorite Suga non-responses, honed to perfection and impunity by years of serving as ex-PM Shinzo Abe’s chief cabinet spokesman, include: “It is not a problem at all,” and, “Your point is irrelevant.”

As frustrating as such evasions are to reporters, verbal runarounds go back a long way in Japanese politics, business and society. Many a foreign diplomat has returned home fatally ecstatic after trade talks with Japan, despite having merely been told something along the lines of, “I will look at this in a forward-looking manner.” In other words, your deal is going straight into the rotating file.

A message left at Akaba’s parliamentary office went unanswered. Queries submitted in writing to his party, Komeito, elicited a terse reply to CBS News, saying the tweet had generated “no particular reaction” at headquarters, and that “the statement was a personal view, and as a party we can’t comment on it.”

“It is indeed highly unusual for a Japanese politician, a cabinet minister of all people, to criticize the U.S. president,” he said in an email, noting that “many of us have to come to look at (Akaba) seriously for the first time.”

Akaba, 62, is an eight-term member of Japan’s Lower House of parliament who studied Chinese in Taiwan. Before entering politics as a member of the pacifist Komeito Party, in 1993, he worked in the Beijing branch of Mitsui & Co., a trading conglomerate. His brief professional biography mentions that he witnessed the 1989 Tiananmen massacre.

“He was in Beijing at the time of the June 4th Tiananmen incident,” politics expert Nakano said. “So he may have been honestly appalled by Trump’s attitude.”

While Akaba was compelled to beat a hasty retreat from his unusual forthrightness, his sentiments seem to align with the majority of the Japanese people, especially in light of the U.S. government’s handling of the coronavirus pandemic.

"Murder hornet" nest destroyed "in the nick of time" »