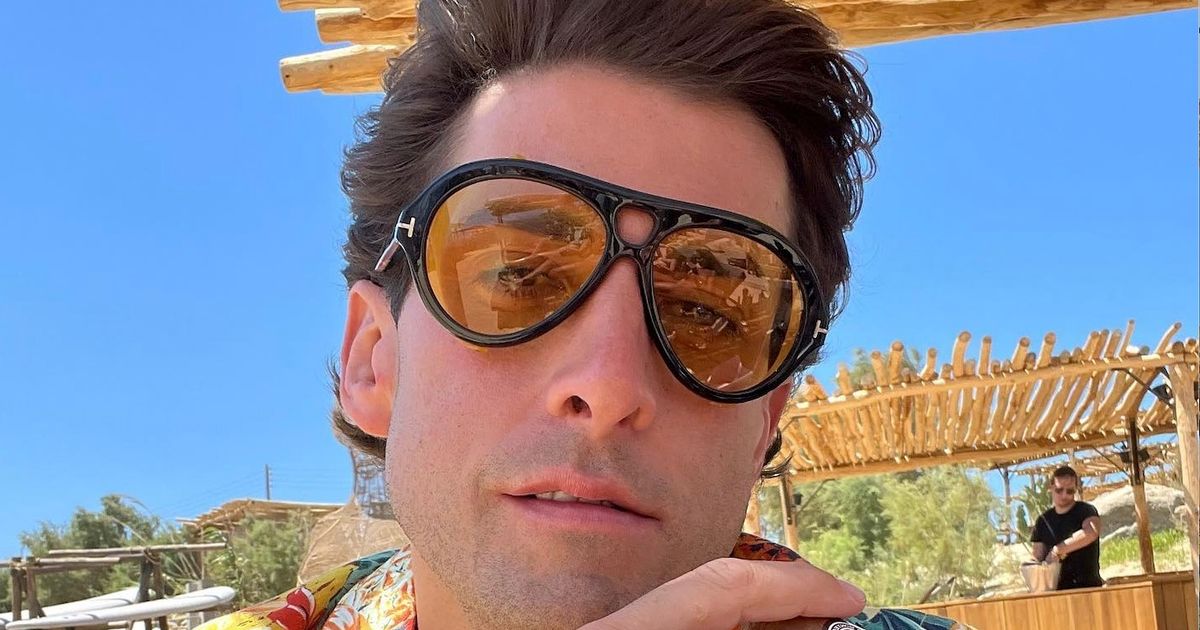 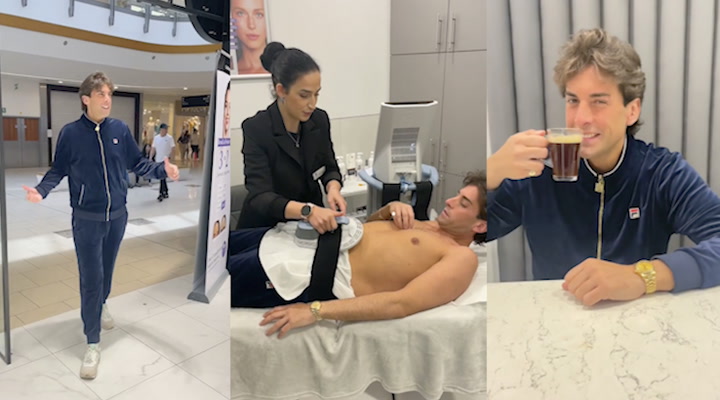 James ‘Arg’ Argent has fired back at the critics and insists he can wear ‘whatever the hell I want’ after losing a whopping 14 stone.

The former TOWIE star, 34, has been on quite the body transformation journey over the last few years, and has revealed he ‘finally has a positive view of himself’ while on holiday in Mykonos, Greece.

Arg previously had a gastric sleeve fitted and as a result, has shed the huge amount of body weight.

He has opened up about his new-found confidence during his sunny getaway with former co-star Jake Hall as the pair tucked into a meal at a restaurant.

He is happier than ever in himself

Arg was in full holiday mode as he posed in a vibrant printed shirt and orange-tinted sunglasses, complete with a cigar in his hand, for a smiley selfie.

The reality star opened up about his confidence in the caption and told the haters he doesn’t care for their opinion.

He began: “I truly accept & trust myself, I really have a sense of control in my life. I know my strengths & weaknesses well, I finally have a positive view of myself.”

In a defiant message to the critics, he continued: “I like being different & I can handle criticism. Not everyone is going to like my style or the way I dress but I’ve lost 14 stone in weight so I’m entitled to wear whatever the hell I want.”

His post received plenty of support from other celebs, including Joey Essex and Alan Carr.

Joey penned: “Rule number 1…become who you really are.”

Comedian Alan left a string of fire emojis underneath the snap.

James is on holiday with his friend Jake, who also starred on TOWIE

Arg decided to have the life-changing gastric sleeve procedure when he hit 27 stone.

The reality star kicked off the year saying he is “best version” of himself, after turning his life around following the surgery.

Prior to having the operation, doctors had warned Arg that he would need to lose at least 10 stone to get healthy again – but he has managed to lose 14.

Arg began putting on weight in lockdown when he swapped his drug and alcohol addiction for junk food.

At his worst, he admits to eating his favourite meal of pie and mash – but instead of one pie, he’d have three. This would be followed by an entire tub of ice cream.

His wake-up call was when doctors warned him if he didn’t stop bingeing he could eat himself to death.

Arg as he looks now after losing 14 stone

James pictured before surgery in 2019

The decision to have the surgery was further prompted when his own mum said she didn’t recognise him anymore.

Earlier this year, he wrote on Instagram : “9 months ago I dreamed of having THAT @adele moment & here it is.

“After being 27 stone, depressed and having doctors telling me I was on “death row” I made the decision to have gastric sleeve surgery with @wearetransform which reduced the size of my stomach and limited how much I could eat.

“I’ve since lost a total of 13 stone and now weigh 14 stone which surpassed all expectations. I’ve never felt happier.”

He concluded: “I’m delighted to be starting 2022 as the best version of me. The future is looking bright and I can’t wait to live it.”