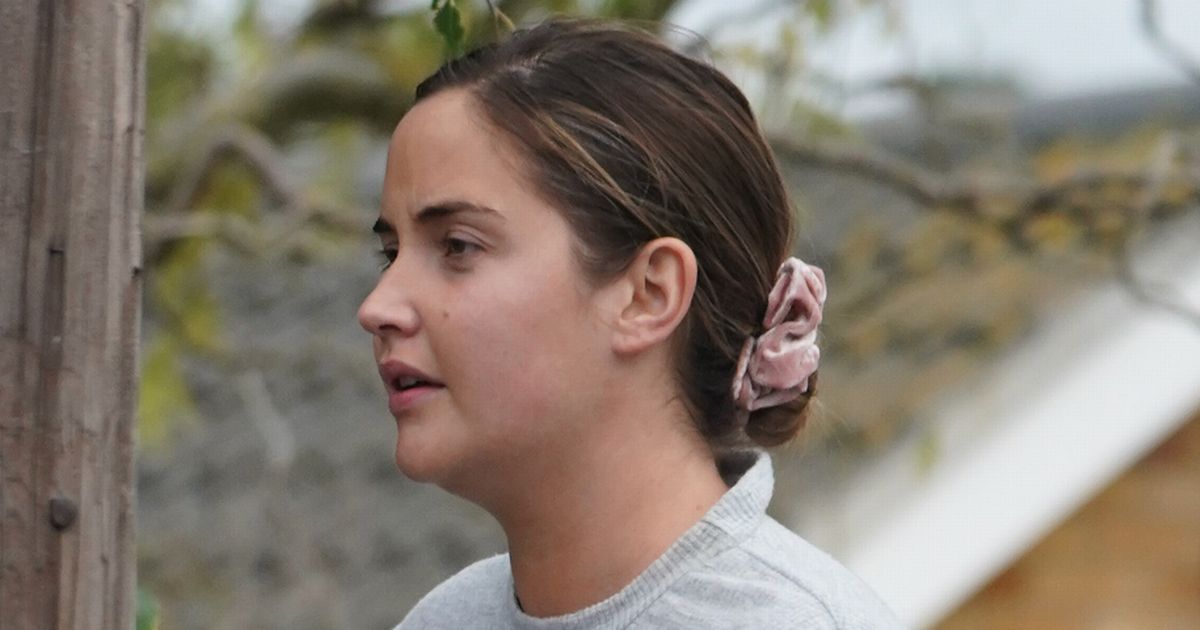 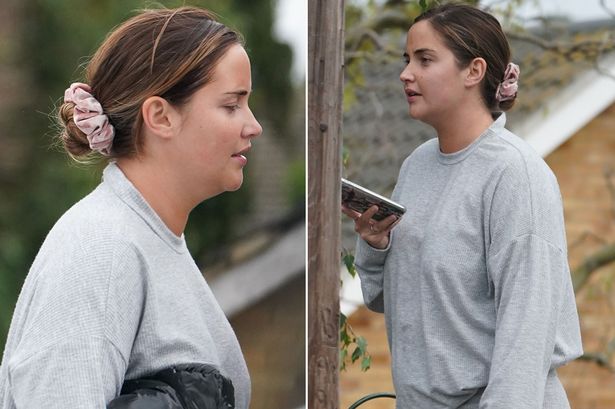 Jacqueline Jossa has revealed she’s decided to ditch her hair extensions as she fears they are making her go bald.

And the former EastEnders actress, 27, stayed true to her word when she was spotted out on Wednesday sporting a much shorter hairstyle.

She wore her brunette locks up in a small bun at the back of her head, which was held together with a pretty pink scrunchie.

The mum-of-two had been out running errands near her home in Essex when she was photographed.

Keeping her look casual, she donned a comfy grey sweater with a pair of matching leggings. 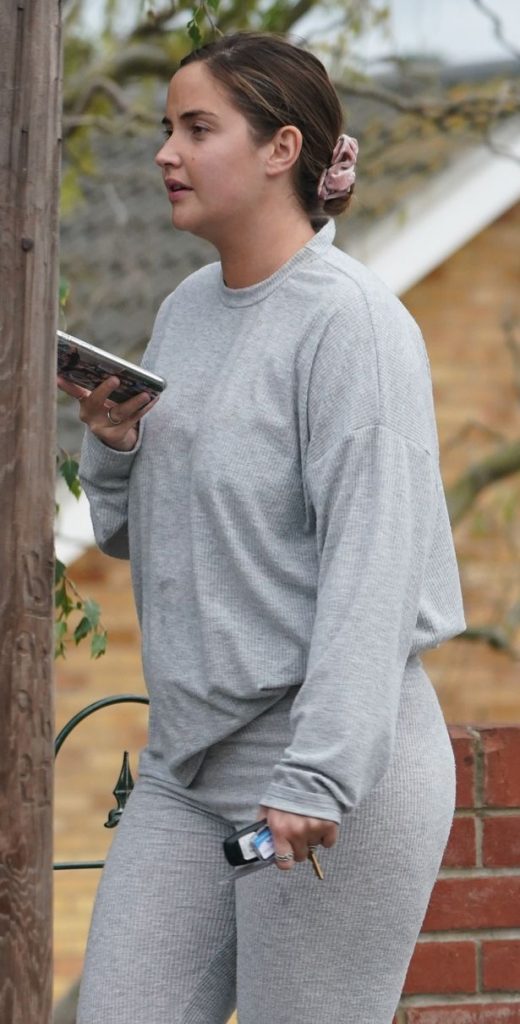 She teamed the look with a pair of pink sandals, which complimented her scrunchie.

Jacqueline opted to go makeup free for her low-key outing.

The soap star seemed in good spirits as she stepped out on her own. 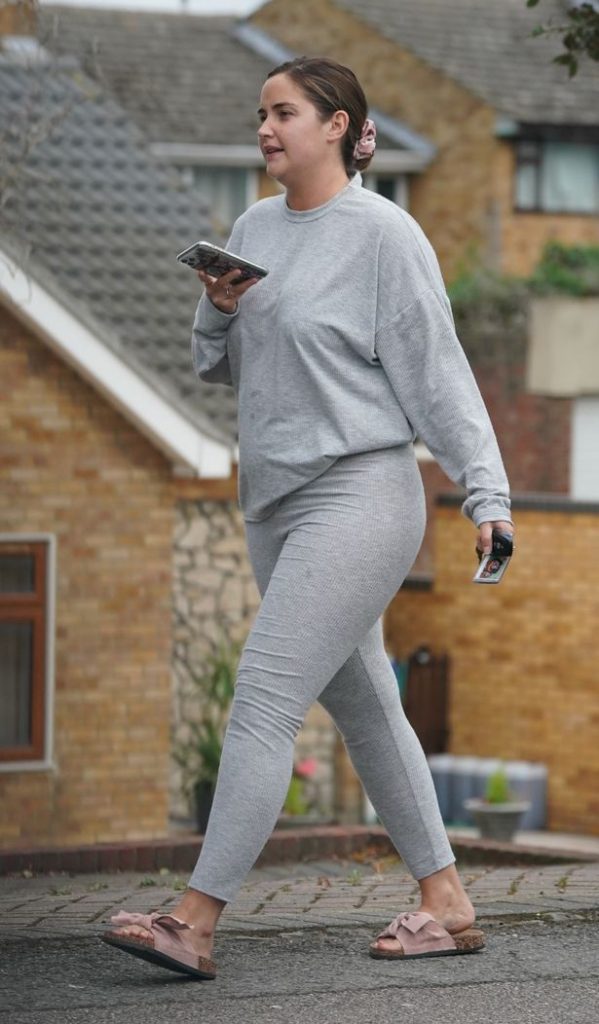 She was seen playing on her phone as she walked down the street before she got in her car and drove off.

The I’m A Celebrity winner was later seen picking up her daughter Ella, five, from school. 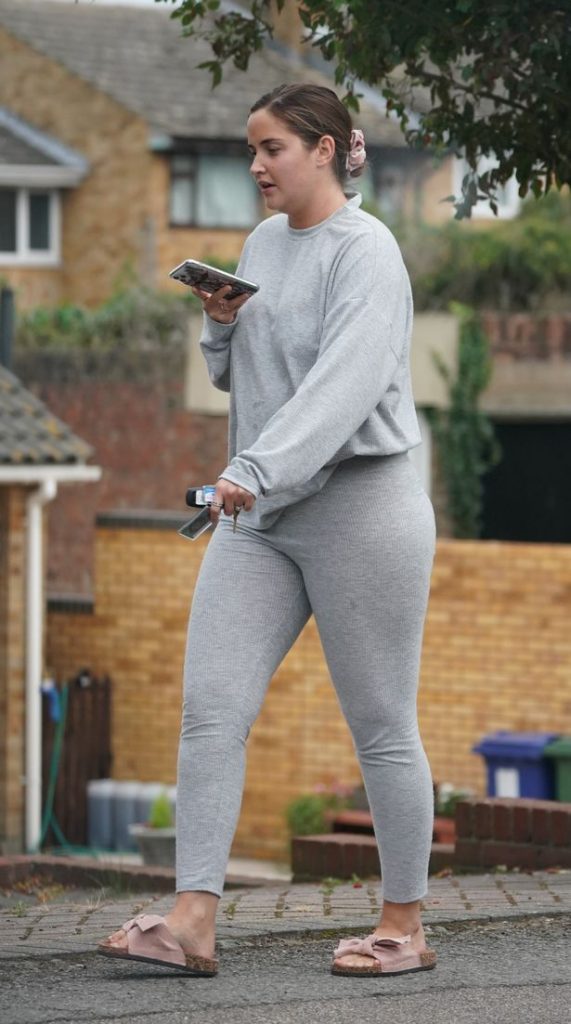 She shares Ella and Mia, two, with her husband Dan Osborne.

Her outing comes after Jacqueline revealed she is ditching her hair extensions to give her locks a break.

She said she felt “completely and utterly bald” without her extensions in. 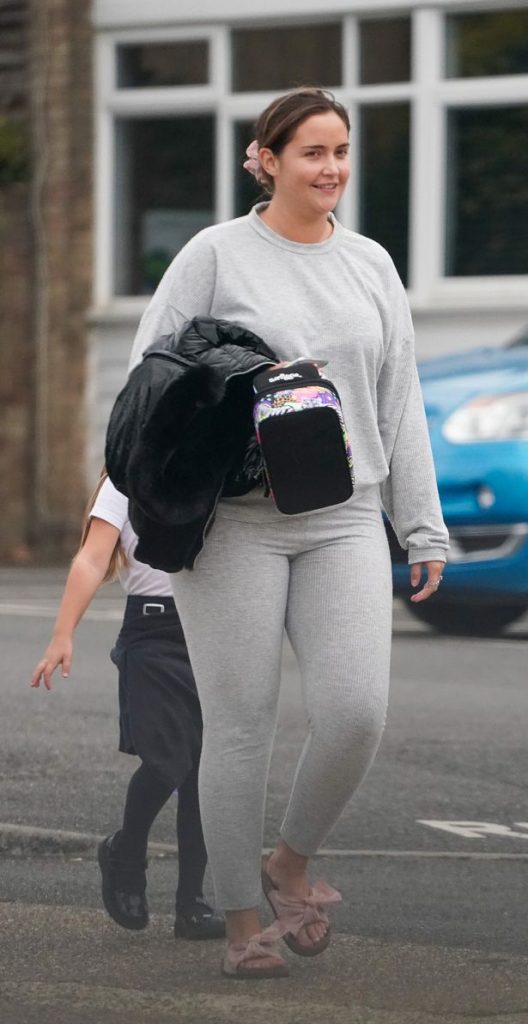 Speaking to her Instagram followers, Jac explained: “Guys I’ve taken my tapes out for my hair to have a bit of a rest.

“And I have to be honest, I feel completely and utterly bald, and like I have no hair.”

She continued: “It’s actually not damaged at all it just feels thinner. 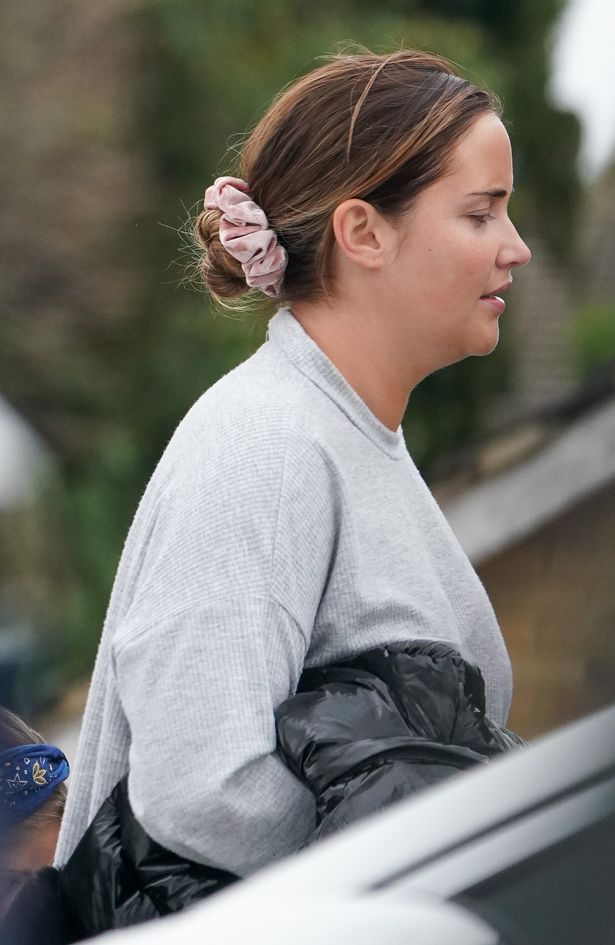 “I think if you maintain it and look after it than it’s fine but I do have to make sure I do look after my hair which is why I’m having a little break from them.”