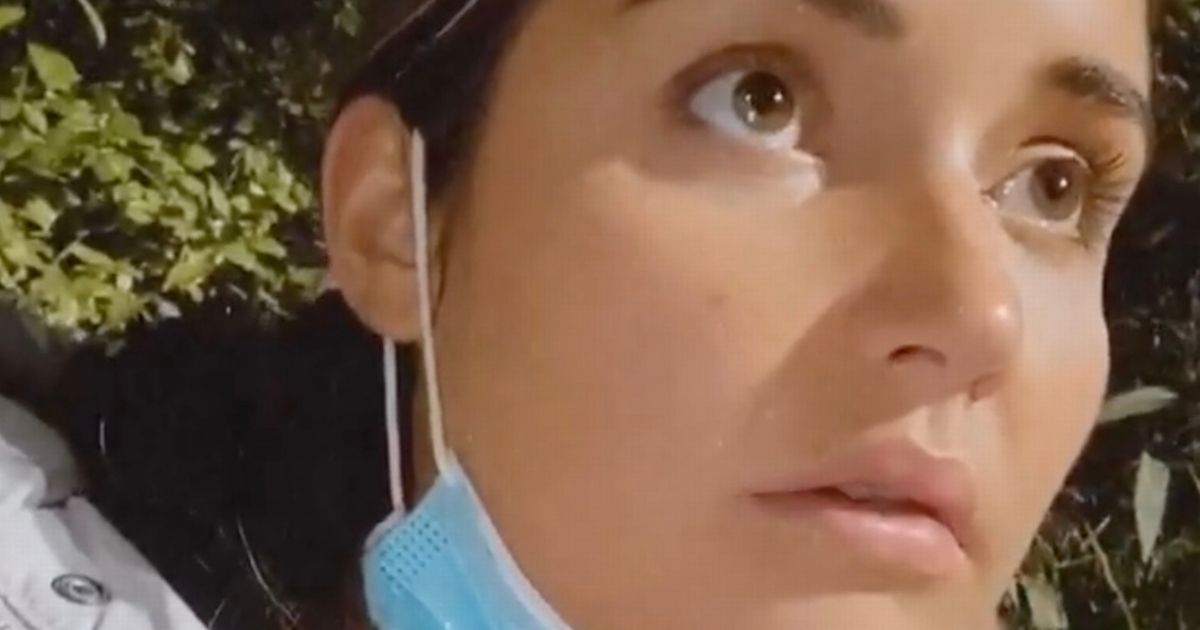 The former EastEnders star, 27, headed to the theme park for a fun day out with her husband Dan Osbourne and she almost spewed after going on some of the rides 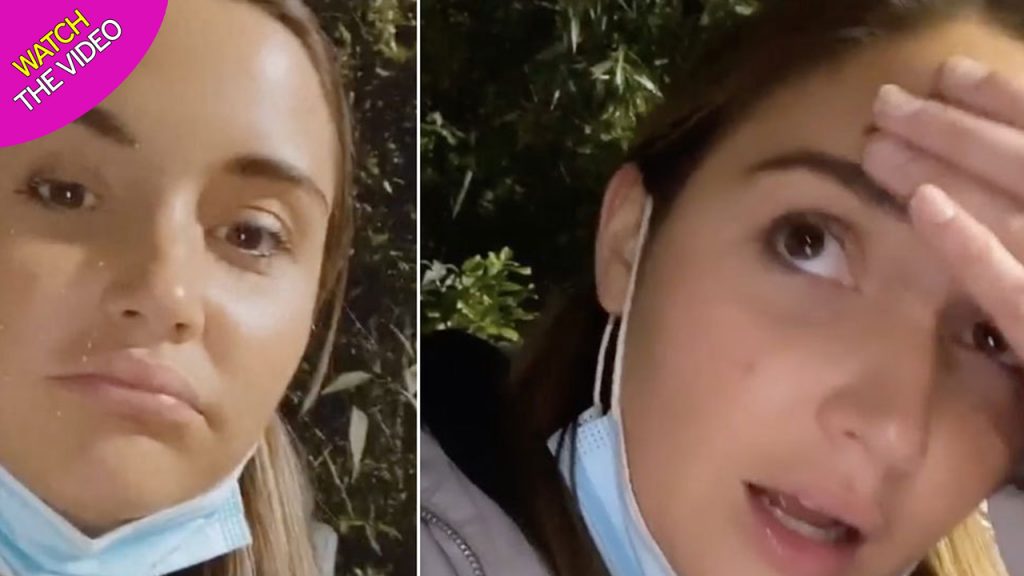 Actress Jacqueline Jossa struggled to hold her dinner down during an adrenaline-fuelled date at Thorpe Park with her husband Dan Osborne.

The former EastEnders star, 27, headed to the theme park on Friday so the couple could spend some quality time together.

After going on some of the park’s most thrilling rides, Jac started feeling a bit queasy and admitted she almost shamed herself by throwing up in the park.

Taking to her Instagram Story, Jac told her three million followers why she was sat by herself and not with her hubby.

“The guys have gone back on Saw. I went on it in the daytime and I’m sure as hell not going on it in the night time.

“Although now I’m just on my own terrified that someone with a saw going to come and get me.

Jac then revealed she was sitting alone because she felt very unwell.

“I don’t know what’s wrong with me but I feel so so so sick and I never used to get crazy sick on rides,” she explained.

“It’s annoying because I’m enjoying them but I literally feel so unwell,” the star said before reassuring fans, “But, it’s fun, it’s really fun.”

The actress was in awe of the “young kids” who were going on the terrifying rides, telling her followers: “I don’t understand how there’s kids, like you know, young kids, 15, 14, doing this stuff. 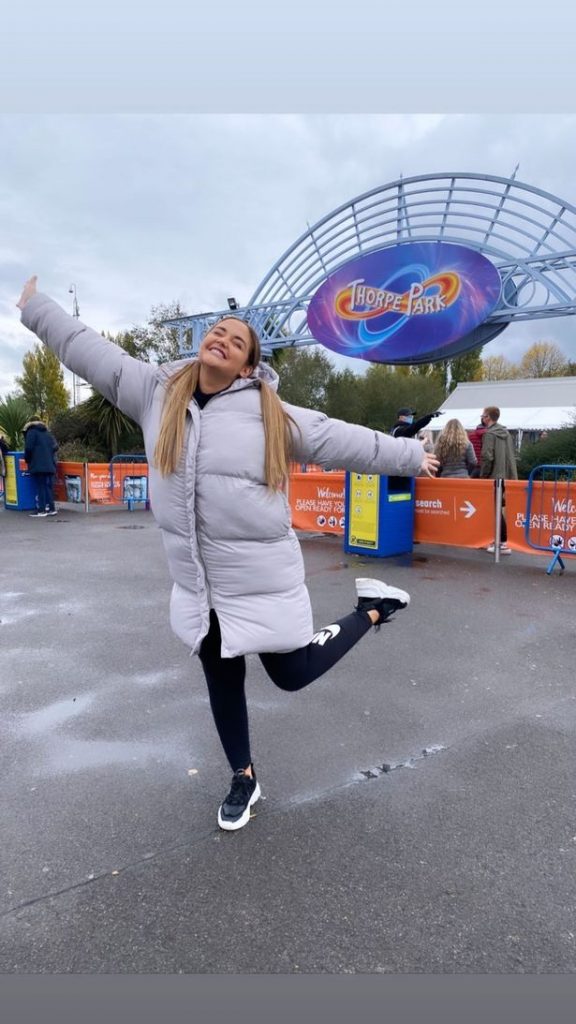 “It’s so scary. There’s like 10-year-olds coming out of the ride Saw and I’m like ‘sorry how did you just do that’.

“Mate, I’m such a chicken. I thought I’d be better after the jungle but…” she tailed off before adding, “No, I’ve done Saw earlier but I didn’t like it.

“It was scary. It is the scariest one here.”

Feeling queasy again, Jac asked followers: “Is there a thing where there’s a certain age you get to and you just feel so so so so sick? Like I’ve felt so sick on these rides. “

Before arriving at the park, Jac was filmed giving it the big one as she boasted she wasn’t scared.

Ahead of arriving, Dan had posted a video of him and Jacqueline where he asked how she was feeling ahead of the high-octane rides.

“We are on our way to Thorpe Park. I’m scared,” Dan said.

He asked Jac: “Sweetheart are you scared?”

The I’m A Celebrity Get Me Out of Here! 2019 winner responded: “Me? Scared? No, I’m not scared of anything anymore, jungle sorted me right out!”

However, Dan was not so convinced, responding: “Behave! Look at her.” 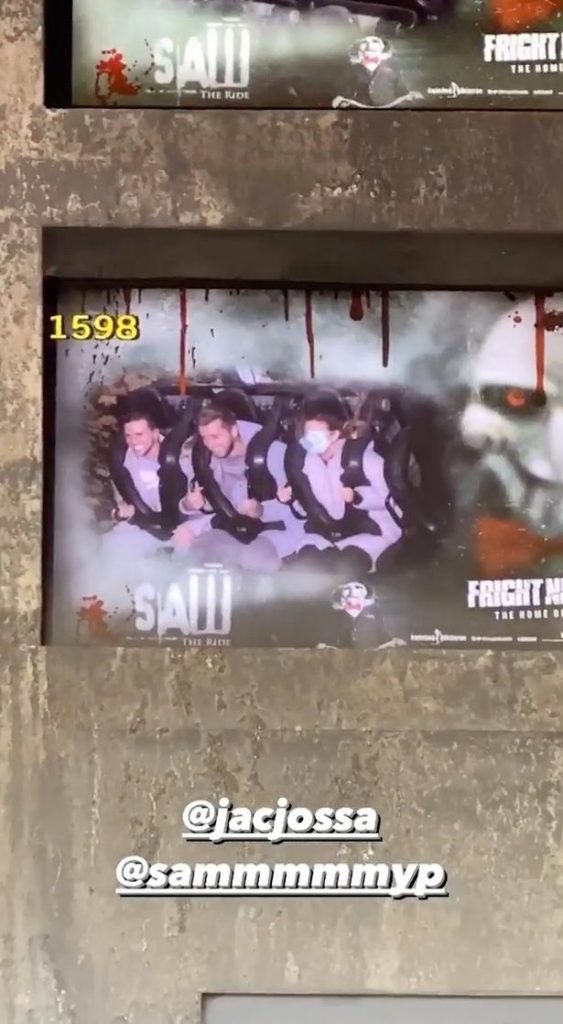 A little later in the evening, Jac was snapped suffering an amusing face-mask malfunction while on the spine-tingling Saw ride.

Jacqueline made sure to put safety first by donning a face-mask in the era of the Covid-19 pandemic.

However, while on the ride, the mask ended up covering the entirety of her face.

When the ride finished, Jacqueline saw a photo of themselves on Saw and the amusing mishap was plain to see.

Expensify emails its customers telling them to vote for Biden »