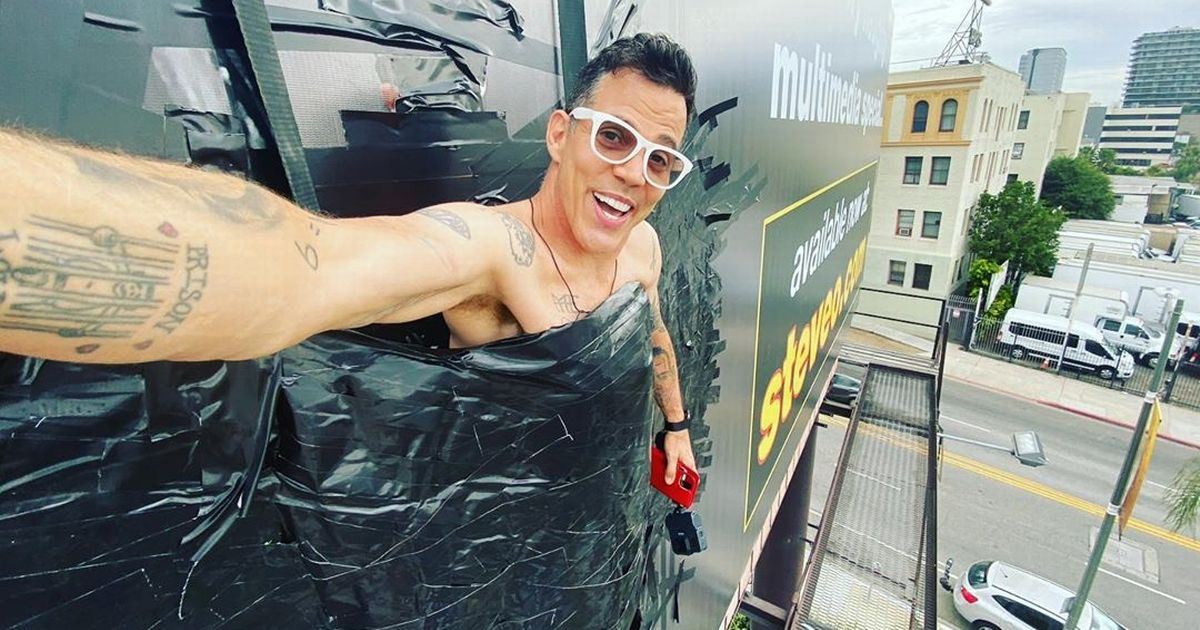 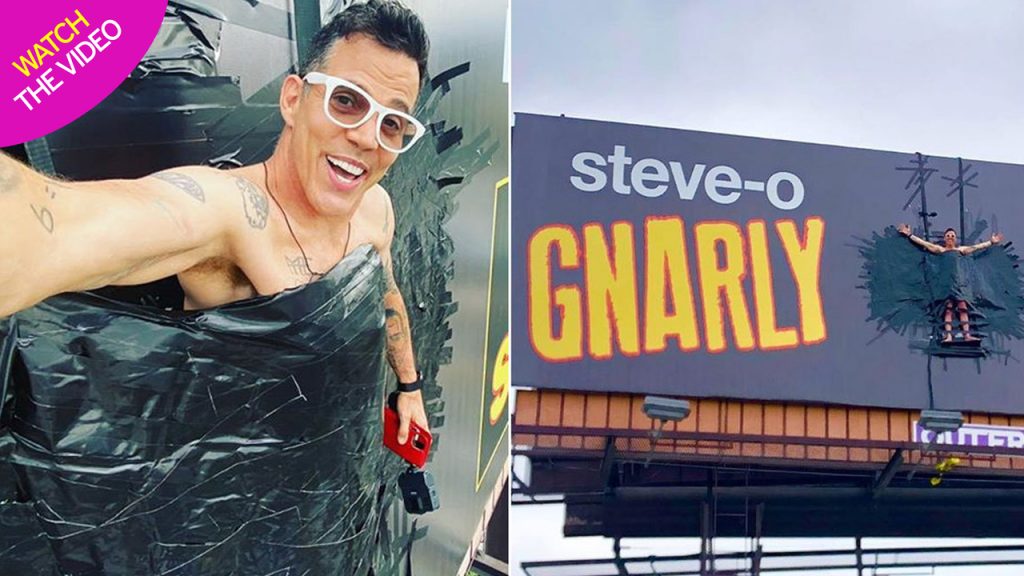 Jackass star Steve-O has made headlines after duck taping himself a to giant billboard in LA.

The prank professional, 46, was reprimanded by police during his latest stunt on Thursday morning when onlookers reported the star on a crime alert app.

Steve-O’s latest stunt was in promotion for his new comedy special Gnarly.

The reality TV star, whose real name is Stephen Gilchrist Glover, climbed to the top of the massive billboard and proceeded to tape himself to the promotional advertisement for his latest project. 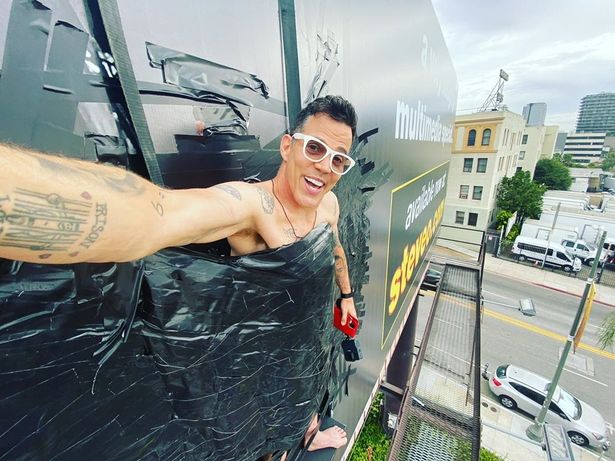 He was left dangling high above the streets in a parking lot near the corner of Hollywood’s North Cahuenga Boulevard before fire brigades were eventually called to the scene to rescue the prankster.

When authorities arrived, Steve-o accepted defeat and eventually began ripping off the tape.

The Jackass favourite took to Facebook on Thursday morning to let fans in on his epic stunt. 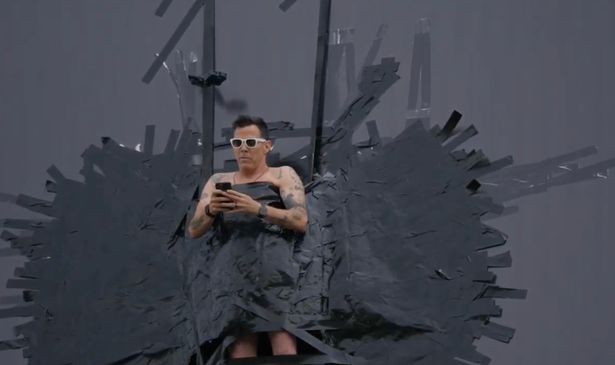 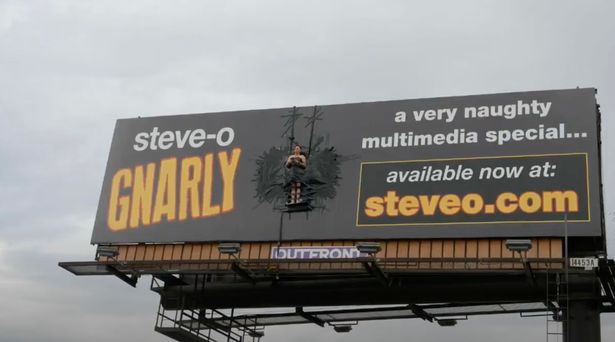 Alongside a jaw-dropping photograph of himself dangling from the billboard hundreds of feet in the air, he wrote: “I’m attached to a billboard right now and want to emphasize that a team of real professionals rigged everything safely.

“There is zero chance of me falling, and it’s important to me that we not waste any valuable city resources on this.

“I’m happy to just hang out, and really want the world to know about this project I worked so hard on. It’s called Gnarly and, If you’re over 18, check it out.” 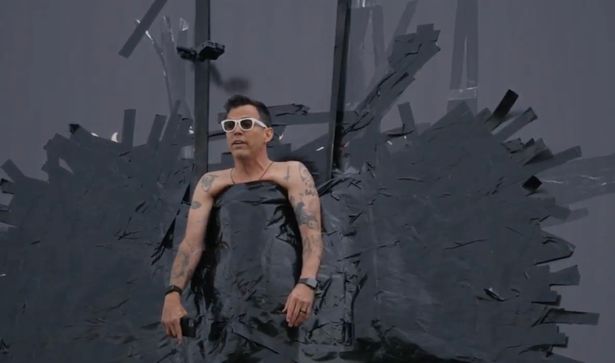 While many praised the brave star for his rather inventive and memorable manner of promoting his upcoming show, others weren’t so on board with his actions.

Many took to the comment section to claim that the entire stunt was fabricated as they wrote ‘fake’ and ‘this isn’t real guys’.

It’s not yet certain whether Steve-O will face charges for this memorable prank.

Read More: Jackass prankster Steve-O rescued after taping himself to billboard in LA