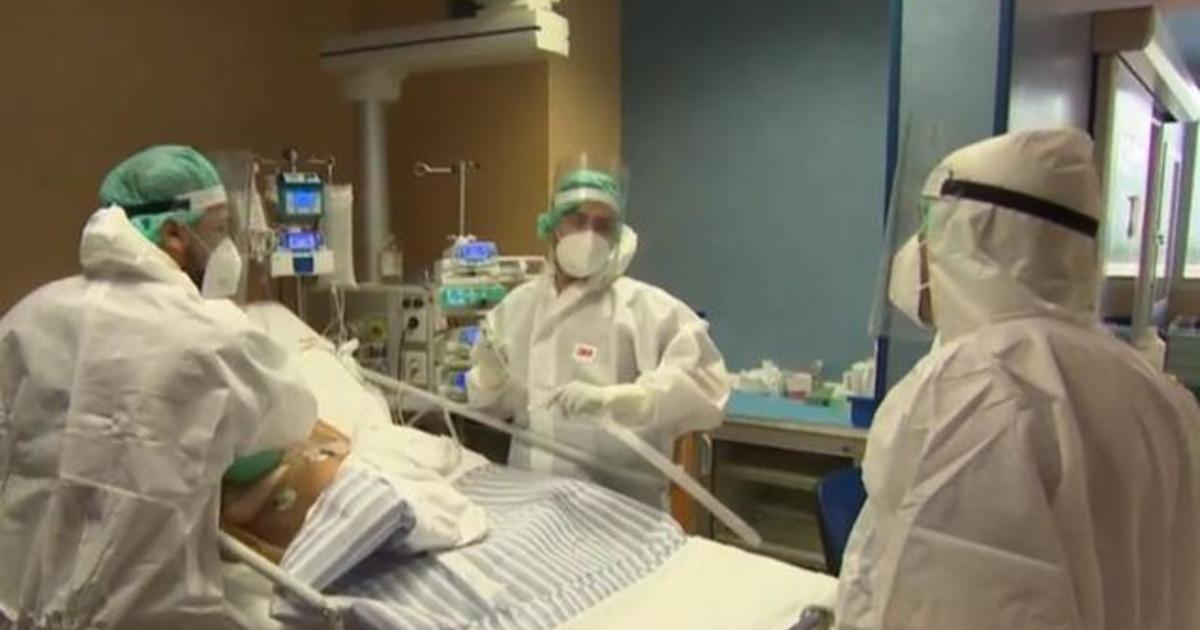 A surge in coronavirus cases around the world has pushed the global tally over 51 million cases.

Italy, one of the nations first hit during the pandemic, saw its deadliest day in over six months with 580 reported deaths Friday. The county is one of several in Europe experiencing a second wave with almost 1 million cases.

ICUs across Italy, like one in Rome visited by CBS News’ Chris Livesay, are overwhelmed as doctors fear things are on the verge of exploding.

“This is a patient who just passed away from COVID-19. Just this moment?” Livesay asked Dr. Sebastiano Petrarca.

The patient had been alive just two or three minutes prior.

Unfortunately it happens, Petrarca said, visibly emotional, more and more often as infections are soaring again across Italy — once the worst-hit country at the start of the global pandemic.

Italy was the first country in the world to lock down nationally to prevent such a surge from occurring.

But now, out of 30 ICU beds, the hospital was down to just one available as a second wave grips the country.

He said he was afraid the hospital’s additional COVID-19 floor, being hastily constructed, would not be ready in time.

Rome was largely unscathed during the first wave of the virus, but Petrarca said Italians eventually dropped their guard, and he fears the next wave would be worse than the first.

“I’m worried it’s exploding again, like what we saw in Bergamo and Milan. The body count is going to climb,” he said.

The government is now forced to lock down five high-risk “red zones.” Non-essential businesses are closed and movement outside of one’s hometown is forbidden.

Prime Minister Giuseppe Conte said the measures were crucial to containing the spread.

Italy’s famous piazzas are emptying under the new restrictions, but health officials worry it may be too late — the head of Italy’s higher health institute warns Italy risks massing out all of its ICUs within the next month.

And just as Italy was a warning to the U.S. earlier in the year, experts caution the country’s latest wave could be another omen of what is ahead.

« Anino Emuwa on the power of loneliness