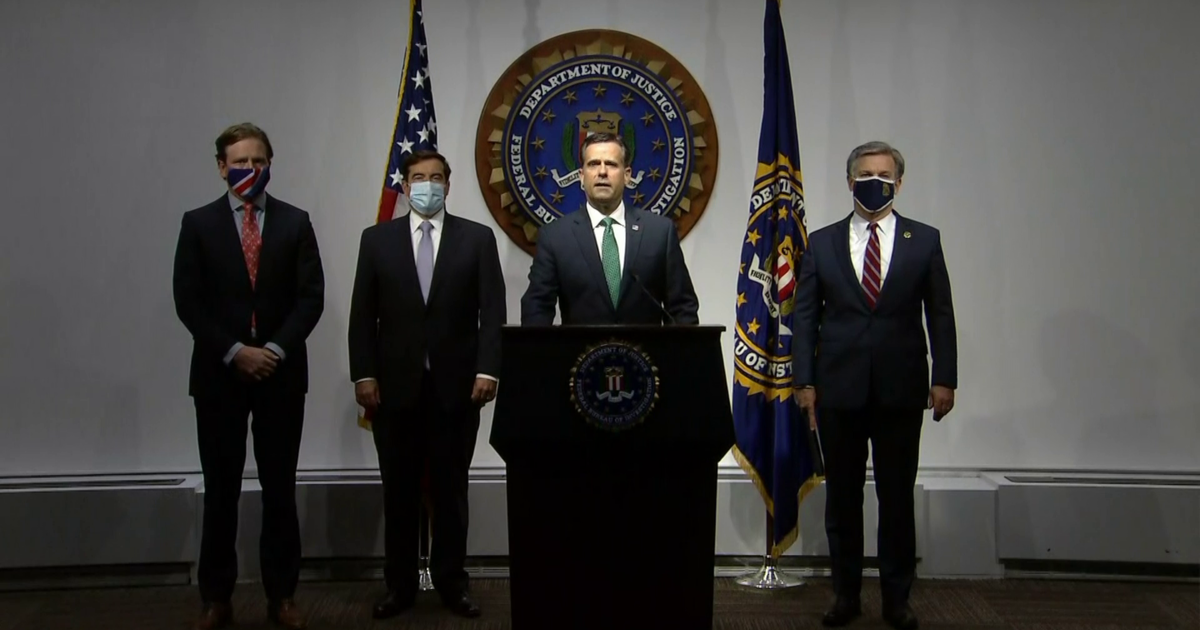 Top intelligence officials announced Wednesday evening that Iran and Russia have taken actions to try to compromise the U.S. election and have obtained some voter registration data.

Director of National Intelligence John Ratcliffe told reporters at a last-minute announcement that Iran had sent spoof emails “designed to intimidate voters, incite social unrest, and damage President Trump.” He suggested that there had been reporting on these emails “within the last 24 hours.”

On Tuesday, CBS News reported that dozens of voters in a heavily Democratic county in Florida and across several states reported receiving emails that purportedly came from a right-wing group that threatened to “come after” them unless they voted for President Trump.

He said Iran had also distributed other video content implying people could cast fraudulent ballots, “even from overseas.” The information in the video is not true, Ratcliffe emphasized, adding that Americans can be assured the election is secure.

“These actions are desperate attempts by desperate adversaries,” he said.

Ratcliffe also said that the intelligence community has not seen the same actions from Russia, even though it obtained voter information as it had done in 2016.

“Even if the adversaries pursue further attempts to intimidate … know that our election systems are resilient and you can be confident your votes are secure,” he said.

Ratcliffe added that this is “not a partisan issue” and the U.S. will “not tolerate foreign interference in our elections.”

“You should be confident that your vote counts,” Wray said.

“Our adversaries abroad seek to sow chaos and undermine voters’ belief in our democratic institutions, including the election systems and infrastructure that we rely on to record and properly report expressions of the voters’ will. They may seek to target those systems, or simply leave the impression that they have altered or manipulated those systems, in order to undermine their credibility and our confidence in them,” Warner and Rubio warned. “As we enter the last weeks before the election, we urge every American – including members of the media – to be cautious about believing or spreading unverified, sensational claims related to votes and voting.”

Earlier Wednesday, Clint Watts, a former FBI agent and expert on disinformation at the Foreign Policy Research Institute, spoke with CBS News about why he believed Russia or Iran are behind the emails.

“This is classic of two nations in particular about pitting and playing racial divides, which is Iran and Russia,” he said. “They are the two that tend to do this kind of stuff. They’re always pitting BLM vs. Blue Lives Matter. And Iran tends to focus heavy on race and religion as an issue. Russia does try to divide us but looking at what’s happening and who might want to provoke something more negative, it’s smart to look at those two states.”