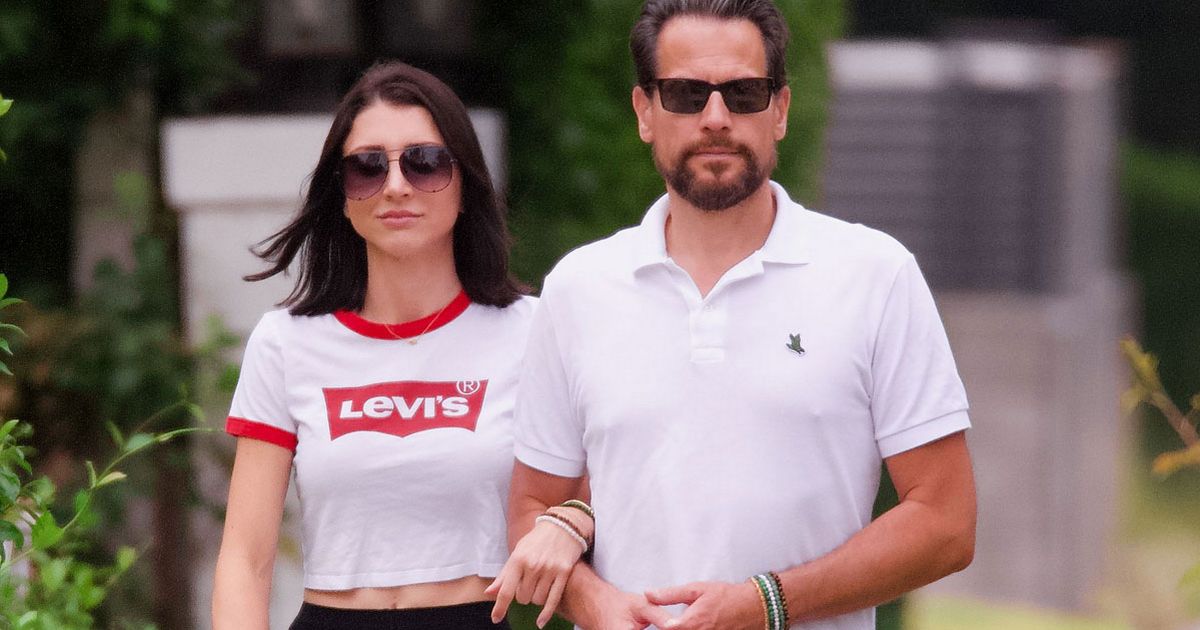 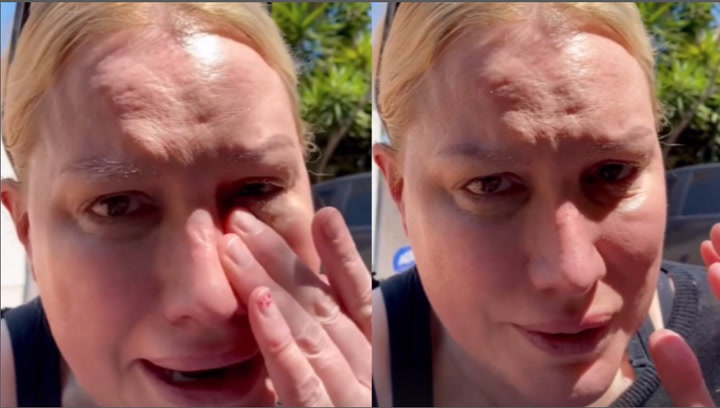 Actor Ioan Gruffudd and his girlfriend Bianca Wallace have been pictured for the first time since he obtained a three-year restraining order against his estranged wife, Alice Evans.

The couple put on a united front as they walked their dog near their Los Angeles home after Ioan, 48, won a temporary restraining order against Alice Evans, 54, the mother of his two daughters Ella, 12, and Elsie, eight, in February.

The permanent order, granted on Wednesday, prevents The Vampire Diaries actress Alice from leaking his text messages or mentioning him online in social media posts.

Ioan obtained a three-year restraining order against his estranged wife

In the document, it also revealed that Ioan, who is known for his role in ITV drama Liar, was present at the hearing alongside his two attorneys Anne Campbell Kiley and Katherine Heersema.

The documents also claimed Alice continued to cause her ex-husband issues and he wanted additional provisions added to the existing restraining order.

It demanded Alice not make any more social media posts on any account “including but not limited to Instagram and Twitter accounts, disparaging or harassing [Ioan] or the other protected person”.

They linked arms as they walked their cockapoo

The document also requested Alice should not post his text messages or any communications between himself and his children on any social media account.

The documents also stated that Alice had “has used her social media accounts to continue to harass, threaten, and disturb the peace of both me and my girlfriend, Bianca Wallace”.

Meanwhile, a source has claimed to the Daily Mail that Ioan had “no choice” but to file the order.

They said: “Ioan had no choice but to up his legal fight over Alice.

“She had become increasingly volatile and seemingly intent on destroying his career with her character assassination. He hopes this will put an end to it.”

Alice and Ioan first met in 2000 and share two daughters

Representatives for Ioan and Alice have been contacted by the Mirror for comment.

Last month, Alice shared a screenshot of messages that appeared to be between Ioan and one of his daughters.

Ioan and Alice met in 2000 on the set of 102 Dalmatian and married seven years later.