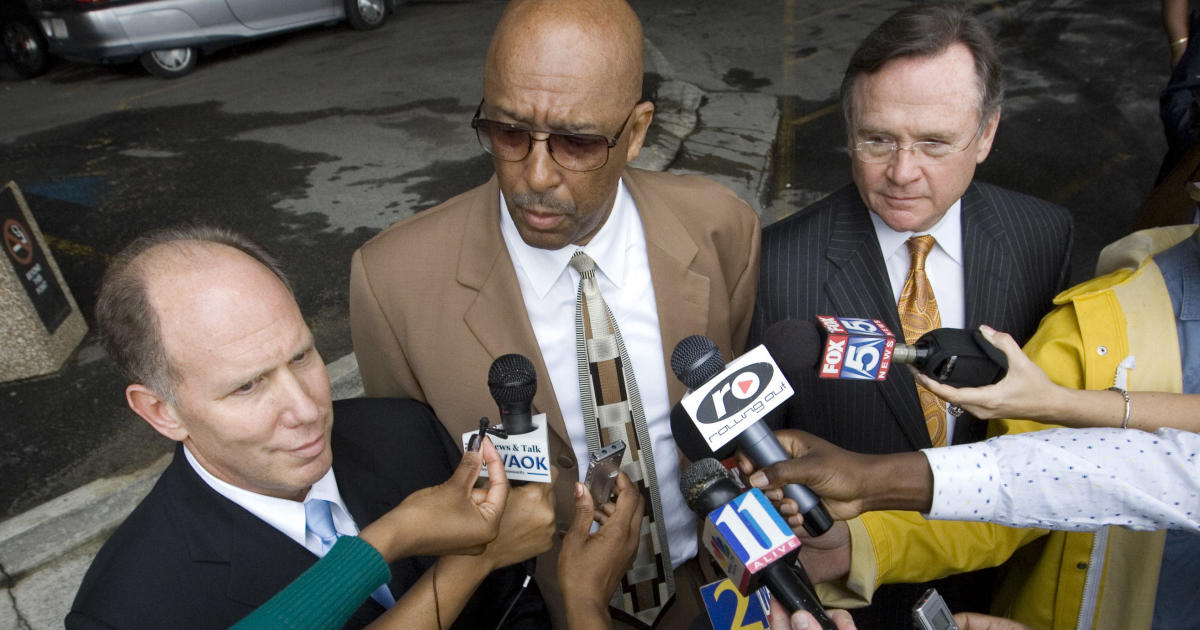 As a Georgia grand jury investigates Donald Trump for his conduct after losing the 2020 election, the former president’s team has turned to one of Atlanta’s most respected and influential lawyers.

Dwight Thomas has for more than four decades represented many of the region’s highest-profile defendants in fraught, sensitive cases. That he has consulted for the Trump team may be a sign it’s taking very seriously the investigation by Fulton County District Attorney Fani Willis, according to former prosecutor Clinton Rucker, who spent more than 25 years working major cases for that office.

“If you hired Dwight Thomas, you are absolutely serious,” said Rucker, who is now a municipal court judge. “You absolutely believe that you have some exposure and you want to make sure that you have somebody that is skilled enough to not only examine the issues, but you want somebody who ultimately can go in and fight and win.”

Attorney Dwight Thomas, center, speaks to reporters alongside two colleagues outside the federal courthouse in Atlanta after a bond hearing for their client, rapper T.I., on Oct.19, 2007.

A spokesperson for Willis’ office confirmed Willis has spoken to Thomas about the case, and that the D.A. would only discuss the case with attorneys involved in it. Yahoo News first reported that Willis and Thomas talked. Thomas declined in an email to discuss his involvement, citing grand jury secrecy regulations. A source with knowledge of Thomas’ involvement describes his work as “consulting” about special grand juries and the laws that govern them.

Representatives and attorneys for Trump did not return requests for comment. Trump has denied all allegations of wrongdoing with regards to his conduct following the 2020 election.

The special grand jury has in recent months subpoenaed dozens of Trump allies and supporters. It has also heard testimony from state officials involved in an infamous Jan. 2, 2021 phone call in which the then-president told Georgia election officials, “I just want to find 11,780 votes” — the number needed to erase Biden’s lead.

Thomas’ current and previous clients include a slew of celebrities and politicians. He represented the rapper T.I. in a weapons case, and is currently listed as an attorney for Alfred Megbuluba, a 32-year-old indicted on murder charges for allegedly pushing a woman out of a moving Lamborghini. Another attorney in the case told local media Megbuluba will enter a not guilty plea. Thomas recently defended Jason Lary, a suburban Atlanta-area mayor who pleaded guilty to fraud charges stemming from a scheme to steal more than $900,000 in COVID-19 relief funding.

Campaign finance records show Thomas has primarily donated to Democrats, including $2,000 in 2021 to Sen. Raphael Warnock, who is facing a tough reelection campaign against Trump-endorsed challenger Herschel Walker. But Georgia attorney Jason Sheffield said it’s not a surprise that Thomas would take on a prominent Republican client.

“He checks any partisan views at the courthouse door. And he is extremely diligent. A prudent, fair, great negotiator. Thorough, but I think above everything else, just an advocate for the fair application of the law,” said Sheffield, an adjunct professor at the Emory University School of Law who previously worked in Thomas’ office.

Sheffield said he called Thomas for advice recently before taking on a high-profile, controversial client. Travis McMichael was one of three men convicted of murder in the racist killing of Ahmaud Arbery, a 25-year-old Black man who was jogging when he was pursued by the three White men in pickup trucks and gunned down.

“Before taking the case I called Dwight and I said, ‘What do you think of this? It’s a very concerning case and people are angry about it.’ He said, ‘If you can’t take on this case, you can’t take on any case,'” Sheffield said.

That sentiment was echoed by Michael Holmes, another former associate at his firm.

“He was a mentor to me, a father figure and friend, and a phenomenal attorney,” Holmes said.

The 71-year-old Thomas has mentored countless attorneys, Sheffield and Rucker said, and many of his protégés are current or former prosecutors in Fulton County.

“More prosecutors here have learned the practice of criminal law through Dwight’s office than I can count,” Sheffield said.

Rucker recalls learning from Thomas even while opposing him.

“He will catch you on technicalities in the law, and he’ll do it with a smile. And when it’s all over, he’ll say, ‘Hey, let me take you to lunch,'” Rucker said.

Bill named after toddler who died after swallowing battery passes »