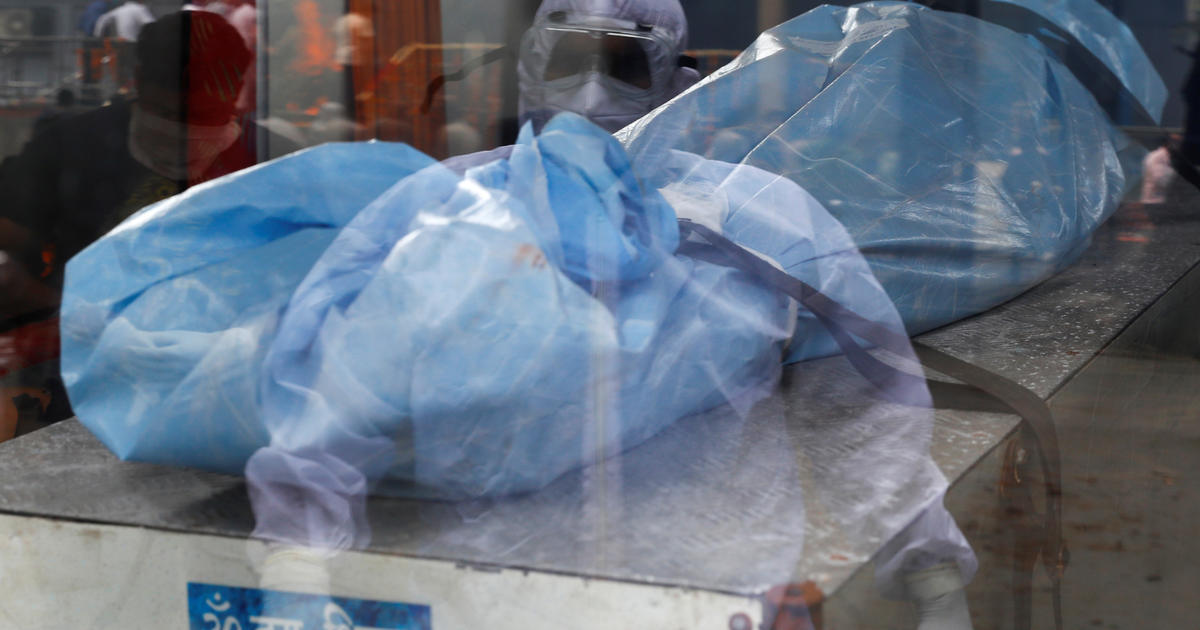 India’s COVID crisis catching up to U.S., and may already be worse

New Delhi — In just one month, the number of confirmed coronavirus infections in India has doubled from 2 million to more than 4 million. That puts the Asian giant right behind the United States as the second worst affected country in the world, now beating out Brazil for the dubious distinction.

The Indian government reported 90,802 new cases on Monday, pushing the total number to 4,204,613. The rate of the virus’ spread in India, the world’s second most populous nation, has increased sharply over the last month. In the first week of August, India was recording only about 55,000 new cases daily. A month later, the daily numbers have spiked to 90,000. That’s currently the highest confirmed new daily caseload in the world.

But some experts believe, in terms of the actual number of infections, India may already have surpassed the U.S.

“It’s only a matter of time before India crosses U.S. We are talking about reported infections, and given the low levels of testing, it is certainly possible that actual infections in India have already exceeded those in the U.S.,” Dr. Ramanan Laxminarayan, a public health researcher and director of the Washington-based Center for Disease Dynamics, Economics and Policy (CDDEP), told CBS News.

Laxminarayan said “seroprevelance” screening of blood samples, to detect COVID-19 infections among people with few or no symptoms, “indicate that anywhere between 20% and 30% of Indians have already been infected – this would translate to at least 100 million infections.”

Despite the sharp rise in India’s numbers, the government has continued lifting restrictions aimed at slowing the spread of the virus. The measures started easing weeks ago, when the government lifted a strict nationwide lockdown that had been in place for months, with a devastating impact on the economy.

Data released by the Indian government last week showed the country’s GDP for the first quarter shrank 23.9% on the year – the worst downturn in four decades and the worst performance among all major global economies amid the pandemic.

India has blamed 71,642 deaths on the virus thus far, the third-highest toll in the world. Over the last week, about 1,000 deaths have been tallied every day. But those fatality statistics are relatively low, given the huge number of positive tests in the country.

A health worker wearing personal protective equipment (PPE) suit stands as a body of a man, who died due to the coronavirus disease (COVID-19), is seen inside an ambulance at a crematorium in New Delhi, India September 7, 2020.

The Indian government has repeatedly pointed to the low death rate as proof of a successful anti-virus strategy, and it continues to do so despite the soaring number of new infections as more restrictions are eased.

“India’s comprehensive and calibrated actions within the umbrella strategy of ‘test, track, treat,’ have resulted in a low mortality rate,” India’s Health Ministry said in a tweet Monday morning. “Sustained efforts through early diagnosis, & timely and effective treatment continue to steadily push the CFR (Case Fatality Rate) down,” it said.

India has allowed most businesses to reopen. Markets in cities and towns across the nation are about as jam-packed as they were pre-pandemic.

People shop at an open-air vegetable and fruit market amidst the coronavirus disease (COVID-19) outbreak in Ahmedabad, India, September 7, 2020.

But while the government has been keen to get the economy going again, life isn’t returning to normal for all Indians.

No plan to reopen schools

All schools across India have been closed since March, but as children across the world venture tentatively back into classrooms, India’s students are still stuck at home.

Many private schools switched to online learning during the lockdown, but millions of children in the country — where a huge proportion of the population lives below the poverty line — have no access to smartphones or the internet, and they’ve been left out.

Government Primary School students follow the e-education classes telecast on the T-SAT Network and Doordharshan TV network channels as their mum watches, at their home in Nagireddypally village of Siddipet District, near Hyderabad, September 1, 2020.

There has been no clarity on when schools might reopen. The federal government has left it to states to decide when schools can open their doors, ostensibly in consultation with parents.

“I won’t send my daughter if the government decides to reopen the schools, even next month,” Delhi resident Shivani Arora told CBS News. “Infections are rising, my priority would be the health of my kid.”

“When the online classes are going on fine, what’s the rush of reopening schools?” asked Sanjeev Singh, another parent whose son studies at a high school in Mumbai.

But some parents feel online classes can’t go on forever.

“My son is at such a crucial stage of his career that online classes alone won’t help,” Kalpana Mukherjee, whose son is in 11th grade at a school in Kolkata, told CBS News. She believes schools “should reopen, with maximum possible precautions being observed.”

A survey by the government in Haryana state found that parents of about 85% of students in 10th and 12th grade want schools to reopen, The Indian Express reported.

Laxminarayan, who also teaches public health at Princeton University, told CBS News that given India’s current numbers and particular circumstances, “it would make sense to keep schools closed” for now.

“We have not yet assessed the risk that transmission among children may pose to the elderly,” he said. “Given that people live in multigenerational households, school transmission could directly impact the elderly.”

Read More: India’s COVID crisis catching up to U.S., and may already be worse

« Putin critic is out of coma after suspected poisoning