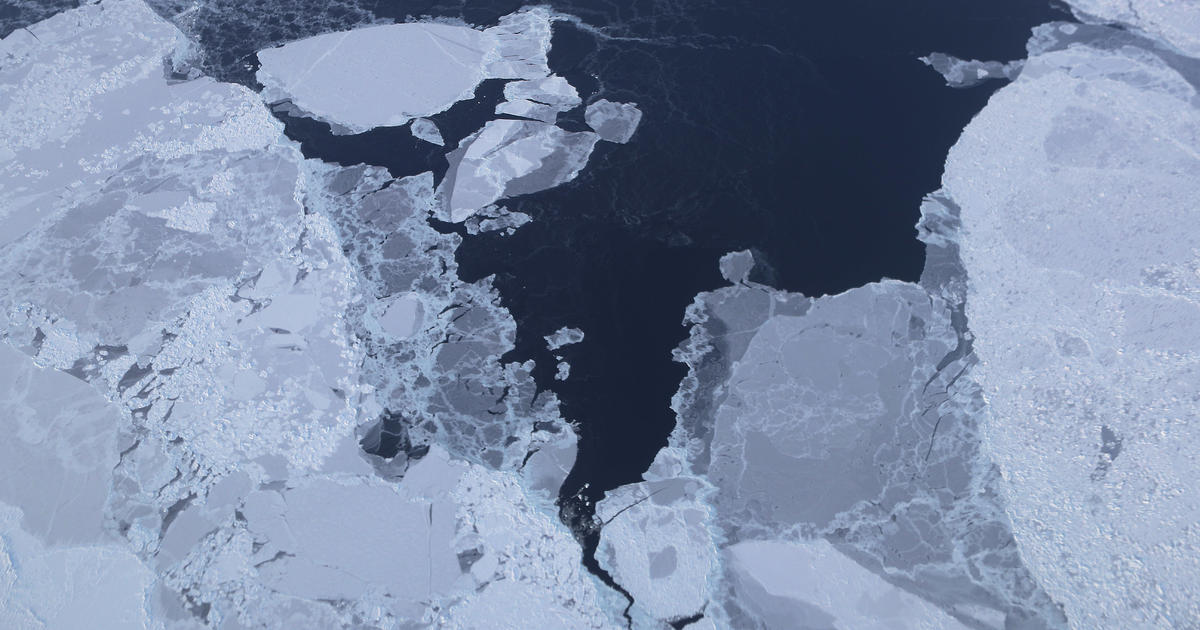 In just 15 years, the Arctic Ocean may be ice-free in summer, study says

Just 15 years from now, the Arctic Ocean may be functionally ice-free for part of the year, a new study has found. Research published Monday in the journal Nature Climate Change projects that due to vanishing sea ice, the Arctic may start seeing an ice-free period each year as early as 2035.

“This should be of huge concern to Arctic communities and climate scientists,” the study says.

It’s one of the most aggressive timelines for this threshold to be reached and, if correct, is one of the more direct signs that humans are warming the Earth’s climate at an even more dramatic pace than expected.

Like a refrigerator, ice cover in the Arctic is critical in regulating the Earth’s climate. It impacts not only regional climate, but also influences weather patterns and ocean circulations globally. As more ice melts, the pace of warming increases and the climate system balance is thrown off-kilter.

While you’d be hard-pressed to find a climate scientist who does not think the Arctic will reach an ice-free state – during the summer – at some point this century, the timeline put forth in the new study is faster than most of the science to date has revealed.

Sea ice fluctuates predictably each year – increasing during winter in the Northern Hemisphere and reaching a maximum in March, and decreasing during summer, reaching a minimum in September. But sea ice doesn’t completely disappear at any time during the year.

However, since 1980, the Arctic has been consistently and dramatically losing sea ice, with coverage decreasing an astonishing 40% in just 40 years.

The colored lines represent average sea ice extent per decade from the 1980s to the present. Ice has decreased by an average of 10% per decade, accelerating recently.

To illustrate how impactful ice cover is in controlling the climate, consider the fact that the Arctic is warming at three times the rate of the global average. This is mainly because ice acts like a mirror, reflecting sunlight and keeping the Arctic cool.

But recently, less ice means more sun is absorbed by the darker ocean, hastening the pace of regional warming.

To reach the conclusion of a faster timeline for ice-free summers, the research team compared the current Arctic climate to the climate of the last interglacial (a period of time between ice ages), which occurred around 125,000 years ago. That comparison is possible by using fossil records to approximate past climate data and using advanced computer models to recreate the climate of that time.

Data from that time reveals that Arctic temperatures during the last interglacial were at least a few degrees Fahrenheit warmer than today, and sea levels were 20 to 30 feet higher than today. This knowledge allows scientists to gauge and bound our expected future climate and use the past period as an analog for our future climate.

Up until now, computer models have not been able to simulate the warmest temperatures during the last interglacial. The team hypothesized that the inability to replicate the elevated warming in models was likely due to the inability to thoroughly capture sea-ice changes.

But with recent improvements in some global climate models, the team reckoned the latest models may finally be up to the task.

The core of the study involved using the latest generation of the UK’s Hadley Center climate model (HadGEM3) – a fully coupled atmosphere-land-ocean-ice climate model – to simulate the climate of the last interglacial.

The results show that the HadGEM3 simulates a more accurate last interglacial Arctic climate than previous models did, including elevated temperatures. The authors say there is 95% agreement between the model and observations from that time period.

The model simulates a complete loss of Arctic sea ice in summer during that time, 125,000 years ago. And once the August and September sea ice has disappeared in the model simulations, it does not return in subsequent years.

As the planet warms, Arctic sea ice cover is declining, and will eventually become ice-free. A new ‘Nature Climate Change’ paper shows that a warm Arctic over 100,000 years ago is consistent with the climate model projections for an early ice-free Arctic. https://t.co/dWkbl2moEt pic.twitter.com/hQG2VlQH4P

The team attributes the model’s improved ability to simulate the Arctic climate partly to a better ability to duplicate melt ponds on sea ice. The more melt ponds form on top of ice, the darker the surface of the ice becomes, and in turn, more heat is absorbed. That accelerates Arctic warming and sea ice melt.

The team notes that their findings of an ice-free Arctic, and how the ice-free conditions developed during the last interglacial, may unravel the long-standing puzzle of why the Arctic was able to get so warm 125,000 years ago, and also supports a fast retreat of future Arctic summer sea ice.

While climate scientists agree the retreat will be fast, some are skeptical of the accelerated 2035 forecast. That’s because the HadGEM3 climate model simulates more warming than the vast majority of other recently upgraded models.

Mark Serreze, the director of the National Snow and Ice Data Center at the University of Colorado, said the 2035 timeline is “possible, although perhaps aggressive.” “Some may recall that I once said ‘as early as 2030.’ Too aggressive in hindsight,” he said. “I’ve had to back off on some of my own extreme views on when we go seasonally ice-free. The ice cover, while declining pretty quickly, is also showing some resilience.”

To date, the Earth’s surface temperature has warmed by about 1.2 degrees Celsius. A generally agreed upon rule of thumb is that the Arctic will become ice-free in summer around the time that global warming reaches 2 degrees Celsius (3.6 degrees Fahrenheit) above the preindustrial temperatures of the 1800s.

But the likelihood of having ice-free summers very much depends on how much humans allow the climate to warm up.

Since ice-free Arctic summers are in the news again, I'm digging out an old infographic. A 39% chance of an ice-free summer in a given year equates to ice-free summers every 2-3 years at 2C warming. First ice-free summer could be as soon as 2030 with high emissions & high ECS. pic.twitter.com/cVFKeMHVhl

Serreze said there is a growing consensus that the mid 2040s is more realistic and a lot will have to do with natural variability. This refers to oscillations over decades that can naturally warm or cool regions of the globe, slowing or hastening the pace of ice-free summers in the Arctic.

Zack Labe, an expert on Arctic sea ice and a postdoctoral researcher at Colorado State University’s Department of Atmospheric Science, agrees, and makes the point that the new paper does not robustly account for natural climate fluctuations.

“Due to internal variability, there is always going to be a large range in projecting the exact year from climate models. So while 2035 is possible, I wouldn’t focus too much on that exact year,” he said.

Labe said he is much more concerned about communicating the long-term decline.

“Aside from being newsworthy-symbolic, ‘ice-free’ isn’t a special threshold for physical impacts,” he said. “The current Arctic amplification trends are already impacting so many communities and terrestrial/marine ecosystems.”

Looking to the future, Serreze said the degree to which changes in the Arctic will impact weather patterns beyond the Arctic is still debated. But he is more concerned about human exploitation of the region.

“I am of the growing view that a lot of Arctic influences beyond the Arctic will lie in economics and geopolitics – oil and natural gas development, fishing, shipping and militarization of the region,” he said.

Read More: In just 15 years, the Arctic Ocean may be ice-free in summer, study says

« Big 12 marching forward; decision on fans up to each university