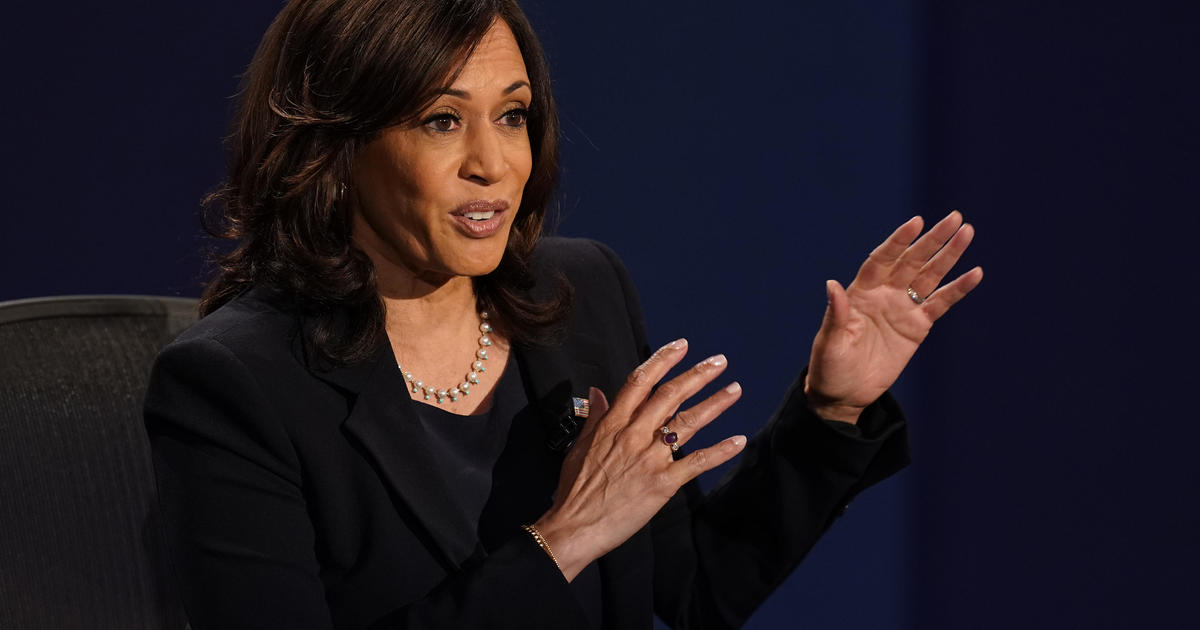 Senator Kamala Harris and Vice President Mike Pence faced off Wednesday in the only vice presidential debate of this election. Each were given two, uninterrupted minutes to answer each question, and early on in the evening, Harris uttered the first meme-worthy sentence of the debate: “Mr. Vice President, I’m speaking.”

Harris first said this to her opponent when he began to interrupt her answer about coronavirus. Harris said both President Trump and the vice president knew about the pandemic on January 28 but Pence, the head of the White House’s coronavirus task force, said they didn’t tell anyone because Mr. Trump wanted people to remain calm.

Both Pence and debate moderator Susan Page of USA Today began to speak over Harris, but she shut them down. “Mr. Vice President, I’m speaking,” she said. Page then allowed Harris to speak for 15 seconds.

Many Twitter users glommed on to the line, tweeting it within seconds of it leaving Harris’ lips.

Kamala Harris responds to Pence's false claim that Biden will raise taxes "on day one" of his presidency: "I think this is supposed to be a debate based on fact and truth."

Harris said the line again when responding to Pence’s false claim that Biden will raise taxes “on day one” of his presidency.

“I thought we saw enough of it in last week’s debate, but I this is supposed to be a debate based on fact and truth,” Harris said. “The truth of the matter is Joe Biden has been clear. He will not raise taxes on anyone who makes less than $400,000.”

When Pence interjected by saying Biden would “repeal the Trump tax cuts,” Harris stopped him. “Mr. Vice President, I’m speaking,” she said, shaking her head and laughing as Pence continued to speak over her. “If you don’t mind letting me finish, we can both have a conversation,” she said.

By that point, the line “Mr. Vice President, I’m speaking,” was being turned into memes and gifs and “I’m speaking” was trending on Twitter.

When answering questions about health care, Harris again was on the defense when Pence tried to interrupt her. “He interrupted me, and I’d like to just finish, please,” Harris said after Page told her that her allotted time was ending.

Democratic presidential nominee Joe Biden had his own line go viral during last week’s debate when Mr. Trump began to interrupt him. “Will you shut up, man,” Biden said, which quickly got the meme treatment on social media.