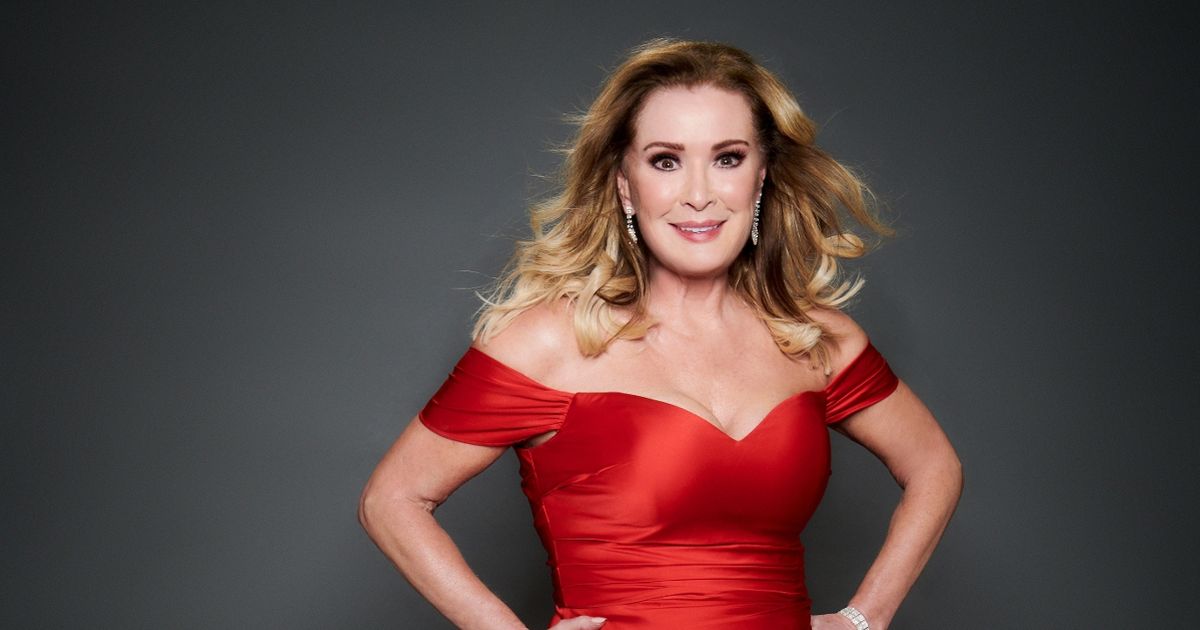 The new cast of I’m A Celebrity… Get Me Out Of Here! looked incredible together in a glamorous photoshoot ahead of their castle stint.

All the stars looked their absolute best in floor-length gowns and tailored suits as they got dressed up for one last time before they make an appearance on the show.

It’s set to start tomorrow night and fans are excited to watch their favourite celebrities be put through their paces to complete gruelling challenges in order to get luxuries for the camp.

Here’s a glimpse at the full team of stars as they got glam for the final time. 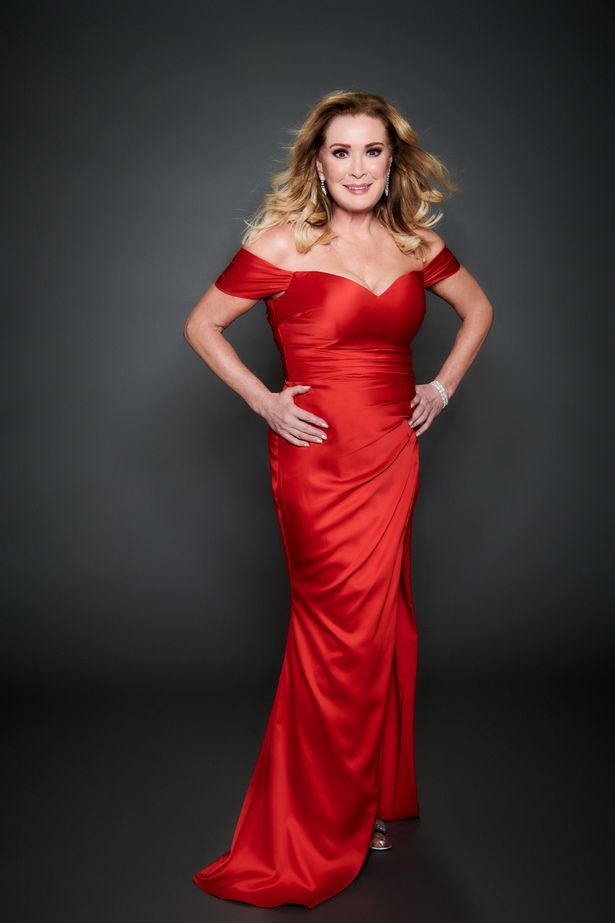 The Coronation Street star, who played Steve’s mum Liz McDonald, looked outstanding as she posed with her hands on her hips.

She wore her hair in curls and smiled with pride at the camera.

The former soap star is so excited to be part of this year’s line-up and her two daughters will be running her social media as she steps away from reality for a few weeks. 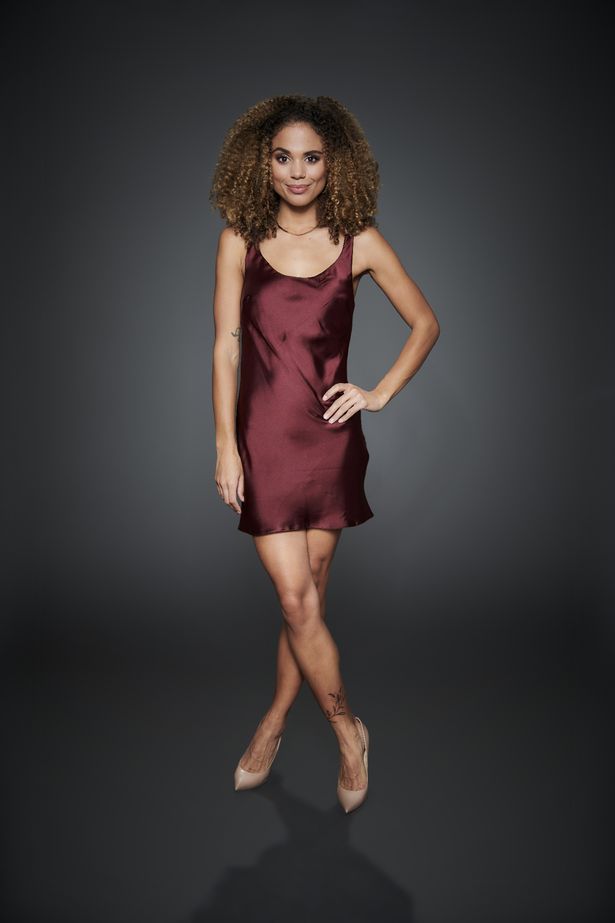 Jessica Plummer showed off her incredible physique in a silk dress, which she paired with pointed stilettos.

The mum-of-one oozed elegance in the burgundy number as she prepares to make an appearance on the reality show.

She recently admitted she will be “heartbroken” to leave her little girl to enter the castle, but has recorded sweet voice messages for Noa, four, in case she misses her.

The former EastEnders actress, whose character Chantelle Atkins was killed off in September, admitted this is the longest her and her little one will have been apart.

With the pair living alone, Jessica admitted it will be “strange” without her mini-me by her side. 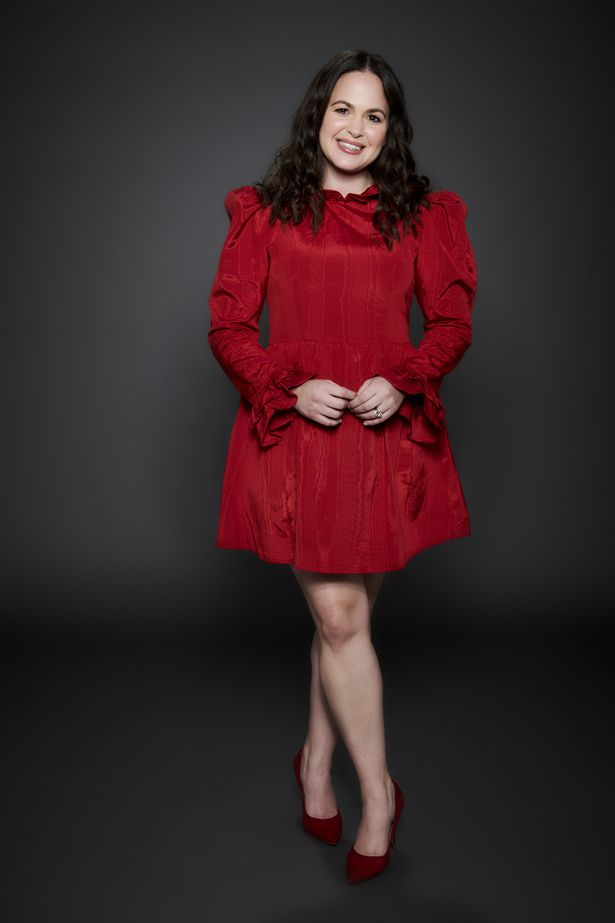 She paired the outfit with matching shoes and wore her hair in loose waves.

The star has already been banned from bringing a luxury item into the camp.

Producers said no to her cycling shorts, which her pal Emma Willis suggested to bring in, as the celebs are not allowed to bring in any extra items of clothing.

Giovanna is set to miss her sons Buzz, Buddy, and Max, who she shares with her McFly star boyfriend Tom Fletcher. 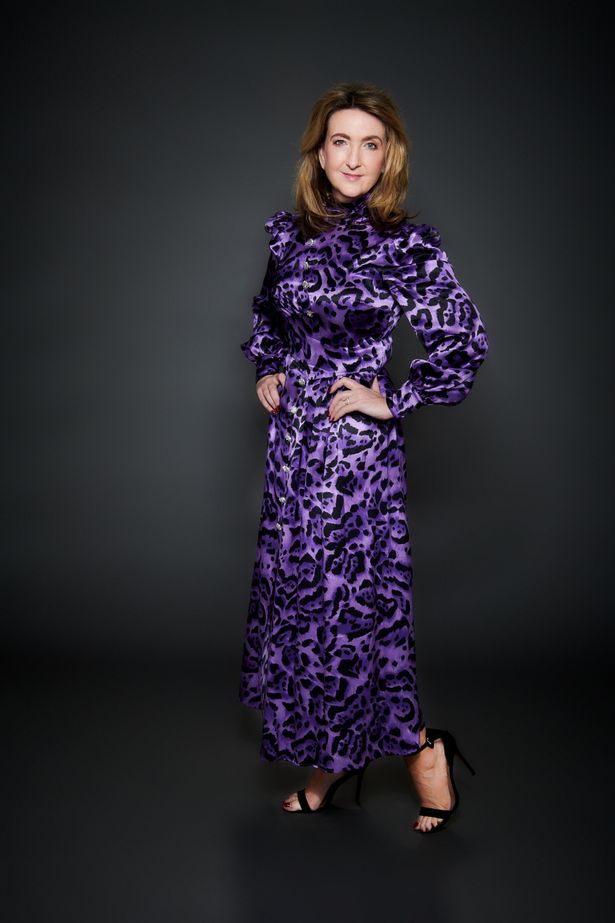 The journalist has been tipped by bookies as being first up for eviction before the show has even started.

The television star has been named as one of the favourites to leave the show, according to Ladbrokes.

The bookies have put the odds of her departing the show first at 3/1.

According to Jessica O’Reilly of Ladbrokes, her trip to North Wales could be short-lived.

She said: “It looks like Victoria’s stint on ITV will be short lived and she will be back presenting on the BBC soon enough, as unfortunately it’s more likely she’s evicted first than emerges as the 2020 champion.” 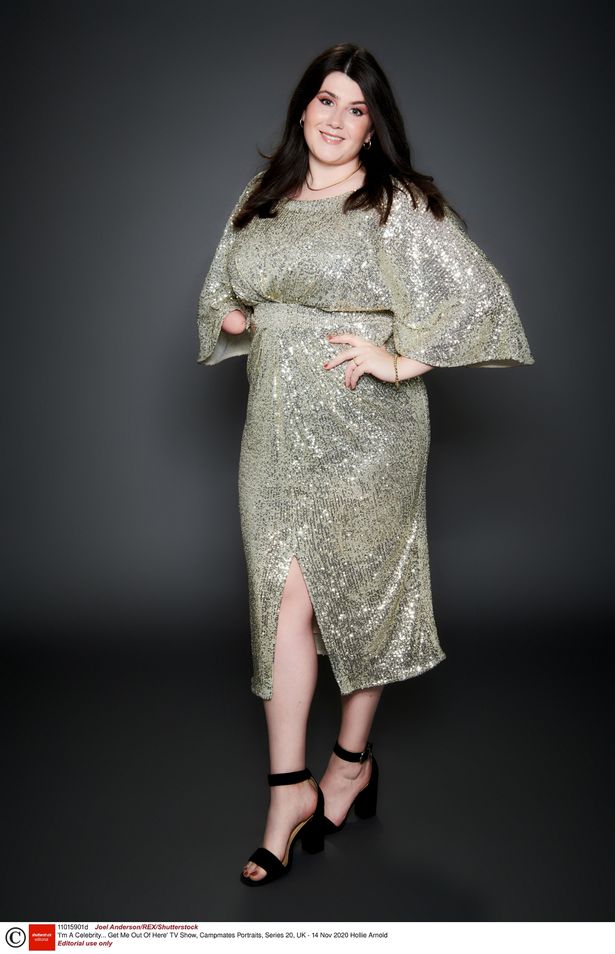 Hollie Arnold looked sensational in a printed gown with a sexy leg slit.

She is hoping to inspire viewers to achieve their dreams.

The Paralympian has won Gold for javelin at the Paralympic, World, Commonwealth and European championships.

Hollie, who was awarded an MBE for her services to field athletics in 2017, said: “I don’t want it to be about my disability.

“Yes I have a missing arm and I am in the Paralympics but I want to show people nothing stops me and it shouldn’t stop anyone else either.” 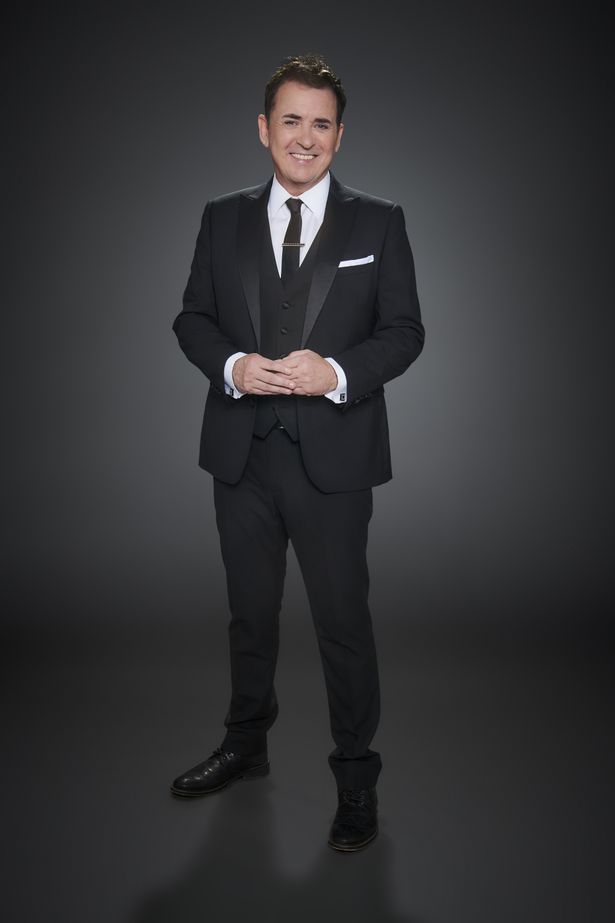 Shane Richie looked handsome as he posed in a full black suit.

The former Alfie Moon actor is heading into the show this year and he’s set to be great entertainment.

He looked sensational in the formal outfit as he crossed his hands over his front.

Shane’s son, also named Shane, admitted he was “really worried” about how his dad would fare on I’m a Celeb.

Speaking on This Morning, his son said: “He told me the day before it was going to break in the press, I had been asking him, ‘Dad, what are you doing for work?’

“Then he dropped this bombshell and I was genuinely gobsmacked.

“You don’t get to see him when he is tired, hungry, he’s going to be cold this year. “ 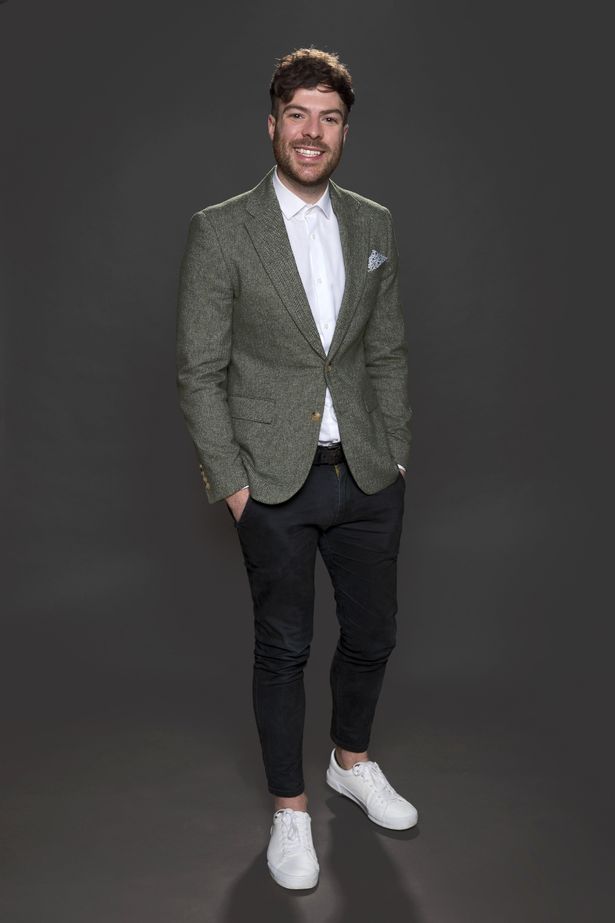 Radio presenter Jordan North gave fans a dazzling smile as he posed in his smart suit and trainers.

The Radio 1 DJ has vowed to help out his mum thanks to his bumper pay from the reality show and the move is sure to win him even more fans.

Asked why he signed up, he said: “I’ve watched it since I was a kid. Plus, let’s be honest, 2020 has been a tough year for everyone. So, it’s something different. I had quite a six months during lockdown and if I’m honest, my mum wants a new kitchen. So I said, if all goes well, I’ll help her get a new kitchen.” 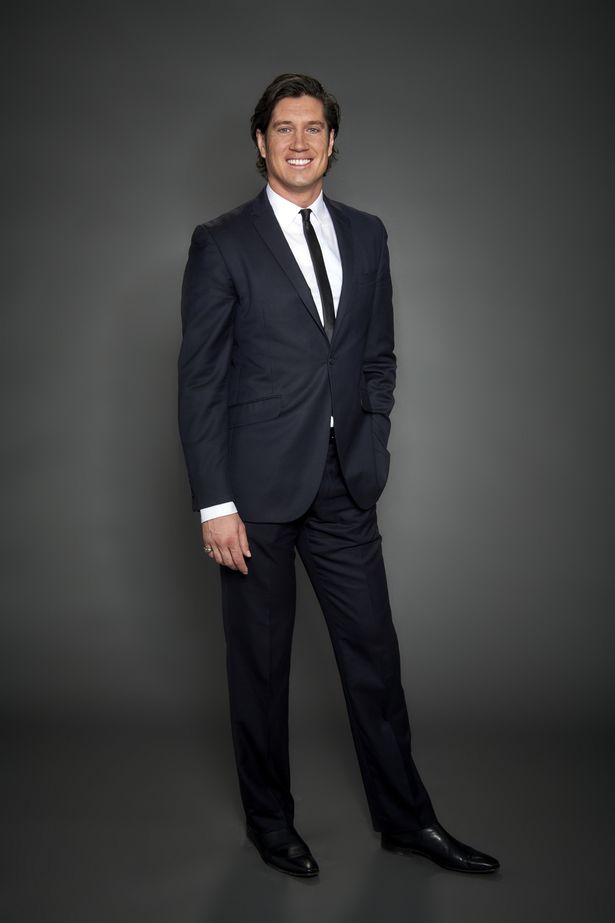 Former Family Fortunes presenter Vernon Kay showed off his suave style in a tailored suit for the shoot.

He was grinning from ear-to-ear after being announced as part of this year’s line-up.

And it seems he is already preparing to do many of the I’m A Celebrity 2020 Bushtucker Trials.

He’s convinced most of his friends and family will be quick to vote him for anything thrown the camp’s way, as Ant and Dec return with a brand new series.

Tess Daly’s husband believes one famous pal in particular though will “spend a fortune” to ensure he gets one of the most gruesome trials.

Vernon isn’t so bothered by the dreaded eating trials, that see the celebs eating a range of delicacies including insects, fermented eggs and even animal testicles and the rest.

Perhaps he is just readying himself though, after a confession from his TV pal Paddy McGuinness.

Speaking to Mirror online and other press, Vernon explained: “I think all my mates are gonna vote for me to do whatever comes our way.

“The first time it was announced that I was rumoured to be doing the show, I got a message from Paddy McGuinness wishing me good luck if I were doing it.

“He said something along the lines of, ‘I wish you the best of luck, but to be honest I am gonna spend a fortune making sure you eat the sheep’s knackers’.” 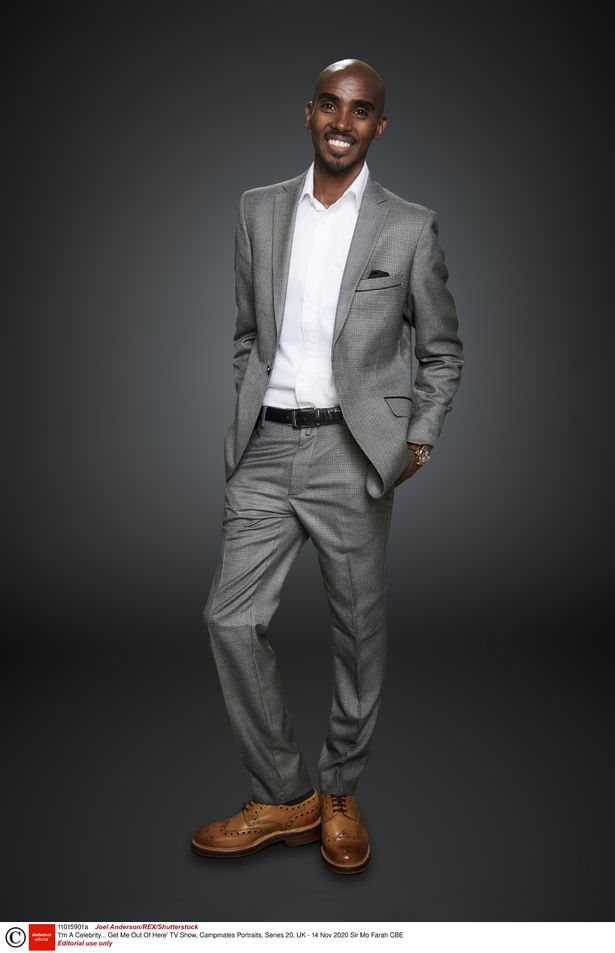 He has insisted his castle adventure will not damage his chance of winning gold at a third Olympic games in Tokyo next year.

Mo has already revealed his plan to return to the track and bid for a third successive Olympic 10,000m title at the delayed Tokyo Games to try to increase his medal haul that currently stands at four golds.

But many critics think a stint in the I’m A Celebrity castle will damage his changes of success in the Summer.

He conceded his trainer Gary Lough has concerns ahead of the ITV show but Mo insisted: “To be honest, it’s a good time to do it for me.

“It’s something you know, I’ve watched the show with a lot of interest and other athletes on it.

“But normally, at this time of the year, I’m not even training. My normal training starts from January, training camp, I go about six or seven weeks into a block of training and then get back into racing, so it’s the perfect time to do it. I guess training will not start for me probably until January. Meanwhile, I have been running and training.

“I’m confident as to where I am. I’ve known for me, the main thing is staying injury free and staying focused. But I think, as I said, Gary worries about everything in terms of doing challenges and stuff like that but that’s what makes it exciting and that’s what excites me.

“So I’m definitely looking forward to seeing how many stars I’m going to win or do stuff and obviously I’m just excited to be part of it.” 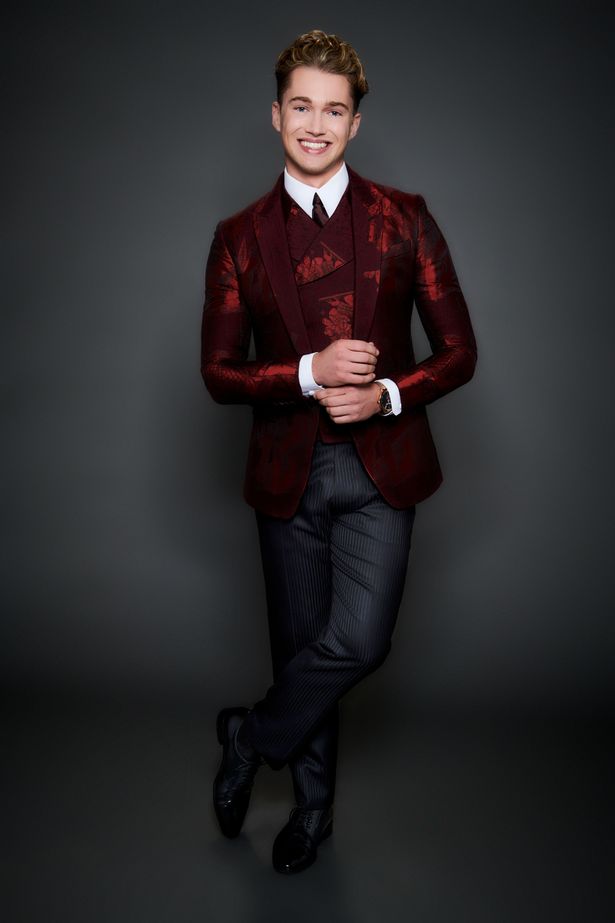 Former Strictly star AJ Pritchard chose to wear a luxe red suit as he dressed up for the final time ahead of the show.

He recently documented his emotional goodbye to girlfriend Abbie Quinnen and brother Curtis before he left for camp.

The professional dancer seemed to have mixed emotions ahead of his stint as Abbie and Curtis saw him out.

Taking to Instagram, the 26-year-old shared a sweet snap hugging his lady just moments before he headed for camp.

The dancer had his bags all packed and ready to go by the front door, which included two suitcases, one carry-on bag and a rucksack.

“Off I go on my new adventure! I hope to do you proud see you all on the other side,” he wrote alongside the snaps.