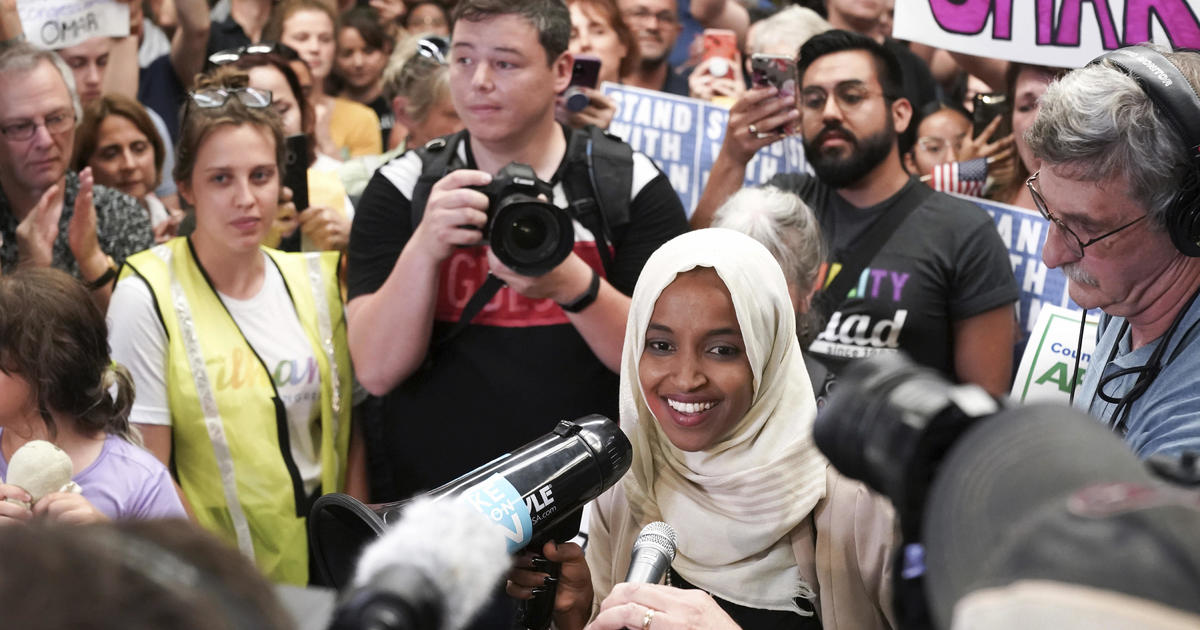 Congresswoman Ilhan Omar of Minnesota on Tuesday overcame a primary challenge from a well-funded opponent who tried to make an issue of her national celebrity. Omar, seeking her second term in November, defeated Antone Melton-Meaux, an attorney and mediator who raised millions in anti-Omar money.

Melton-Meaux used the cash to paper the district and flood airwaves with his “Focused on the Fifth” message that portrayed Omar, a member of “The Squad” of four progressive female members of Congress, as out of touch with the Minneapolis-area 5th District.

Omar in 2018 became one of the first two Muslim women elected to Congress, building on a national profile that started when the onetime refugee from Somalia was elected to the Minnesota Legislature just two years earlier. Her aggressive advocacy on liberal issues, and her eagerness to take on President Trump, made her even more prominent.

Omar rejected Melton-Meaux’s attacks, saying they were funded by interests who wanted to get her out of Congress because she’s effective. She also downplayed Melton-Meaux’s prodigious fundraising before the vote, saying, “Organized people will always beat organized money.”

Democratic U.S. Senator Tina Smith and Republican challenger Jason Lewis easily won their primaries in the only statewide races on the ballot. Elsewhere, in western Minnesota’s conservative 7th District, former state Senator Michelle Fischbach was the endorsed Republican in a three-way race for the right to challenge Democratic Representative Collin Peterson. Peterson, chairman of the House Agriculture Committee, is one of the GOP’s top targets to flip a House seat in November.

After entering Congress with fanfare, Omar hurt herself early with comments about Israel and money that even some fellow Democrats called anti-Semitic, and found herself apologizing. She also came under scrutiny when her marriage fell apart and she married her political consultant months after denying they were having an affair.

In the wake of George Floyd’s death in Minneapolis, police reform also emerged as an issue. Omar supported a push by a majority of the Minneapolis City Council to replace the city’s police department with something new. Melton-Meaux did not support that, but did support shifting some funding away from police to more social service-oriented programs. Both touched on the issue in personal ways, with Omar saying she wanted her son to grow up safely. Melton-Meaux, who is also Black, told a personal story of being detained while at the University of Virginia by police seeking an assault suspect reported to have run into his apartment building.

Progressives also claimed momentum from the renewed focus on racial and economic justice after Floyd’s death.