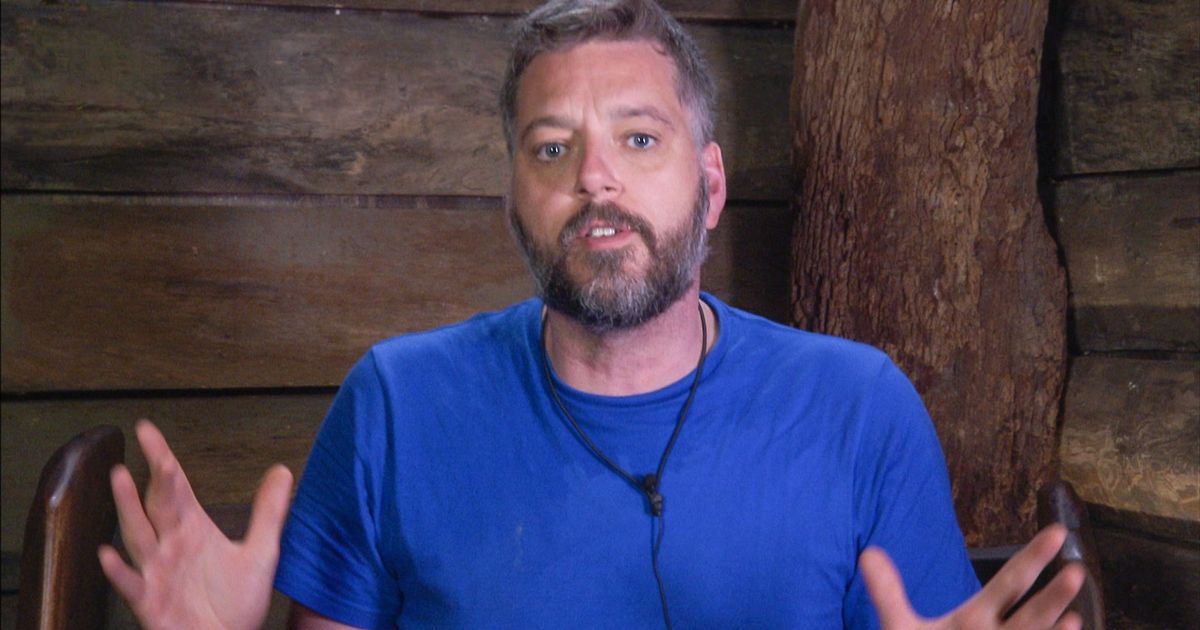 Iain Lee has passionately responded to Rebekah Vardy’s claim she doesn’t have a bad word to say about him, amid his belief she bullied him during their stint in the jungle together five years ago – something she denies

Rebekah Vardy admits to setting up photos for publicity

Iain Lee has urged Rebekah Vardy not to use him as ‘part of her rehabilitation’ after she denied bullying during their time together on I’m a Celebrity…Get Me Out of Here!

The broadcaster has branded the WAG a bully once again, and hit back at her recent comments regarding him – declaring that “the bully doesn’t get to say whether it was bullying or not.”

His reaction comes following Jamie Vardy ‘s wife’s recent claims she doesn’t have anything bad to say about her former jungle campmate.

Following Friday’s Wagatha Christie judgement, Rebekah, 40, has been giving multiple interviews and dishing the dirt on her feud with fellow WAG Coleen Rooney, 36.

Speaking with The Sun, the mum-of-five was asked: “I’m a Celeb campmate Iain Lee called you a bully, are you?”

“False,” Rebekah replied. “Edited TV looks a certain way. I don’t have anything bad to say about him.”

Taking to his Twitter account early this morning [August 4], Iain shot down Rebekah’s attempt to brush off their clash in the jungle.

“They can only edit what you do and say. You don’t get to say if I was bullied. You made my time in the jungle miserable.

“Don’t start using me as part of your rehabilitation.”

Iain went on to quote-tweet his original tweet, adding: “The bully doesn’t get to say whether it was bullying or not.”

This isn’t the first time Iain has accused Rebekah of being a ‘bully’ during their time in I’m A Celebrity… Get Me Out Of Here! together back in 2017.

Iain shared his response to Rebekah’s interview early this morning

The radio presenter called the WAG a bully once again

In 2019 he revealed that they didn’t get on during their time on the ITV show, saying: “I found her very dark… I got a very dark energy from her.”

Last month, the dad-of-two claimed Rebekah made him “f**king miserable and isolated” when they both appeared on ITV’s flagship reality TV show.

The 48-year-old broadcaster made the seething comment about the mum-of-five on Twitter, after he says he was contacted to take part in an interview about how Rebekah is “so brave for promoting mental health”.

He called Rebekah a “bully, a liar and a manipulator” and turned down the request to take part in the interview.

“I don’t know if you saw any of I’m A Celebrity when I was in there. Vardy was a bully, a liar and a manipulator. She was part of a team that targeted me and made much of my time in there miserable,” he wrote in his response to the outlet.

Iain continued: “Her first comment to me was ‘I think you’re a bit of a t**t’. She encouraged people not to talk to and left me isolated (apart from two camp mates who were not taken in by her).

“When she came out of the camp she told lies about me. She bullied my sister who was staying in Australia and told her, ‘In my world, men don’t cry’.”

The Mirror has approached representatives for Rebekah for comment.

Rebekah previously broke down in tears in the arms of her father in 2017, as she left the jungle and learned of people’s belief she had bullied Iain.

“You know what, I was the one that was being the most supportive of him. A bully? I’ve never been a bully in my whole entire life,” she sobbed in the scenes from the I’m a Celebrity’s Coming Out show.

Read More: Iain Lee hits back at ‘bully’ Rebekah Vardy using him as ‘part of her rehabilitation’