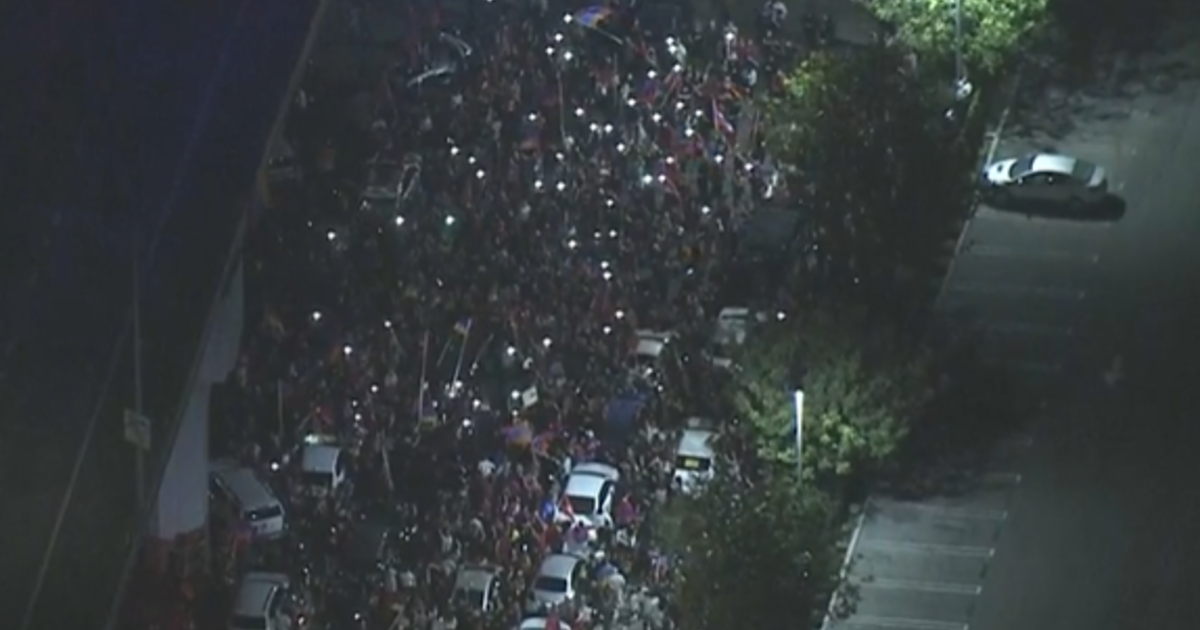 The protesters appeared to have parked their vehicles on the eastbound lanes of a highway and took over the street in front of the building, with police ensuring the group was not trying to get onto the freeway like another group did over the weekend.

Demonstrators said they were holding a peaceful protest calling for “fair coverage on Azerbaijan’s aggression toward Artsakh and Armenia.”

It is the latest in a series of protests staged in support of Armenia as tensions escalate between Azerbaijan and Armenia over Nagorno-Karabakh, also known as Artsakh, a disputed territory controlled by ethnic Armenians but within the border of Azerbaijan.

Dozens of people have reportedly been killed and hundreds more wounded since fighting erupted between Azerbaijan and Armenia more than a week ago. With some major world powers backing opposing sides in the standoff – and the U.S. notably absent – there are concerns the conflict could escalate, Alexandra Odynova reports.

Videos posted online from the battleground show an unprecedented use of heavy artillery, tanks, missiles and kamikaze drones. Both countries accuse the other of refusing to agree to ceasefire, and neither has shown any willingness to reengage in stalled peace talks.