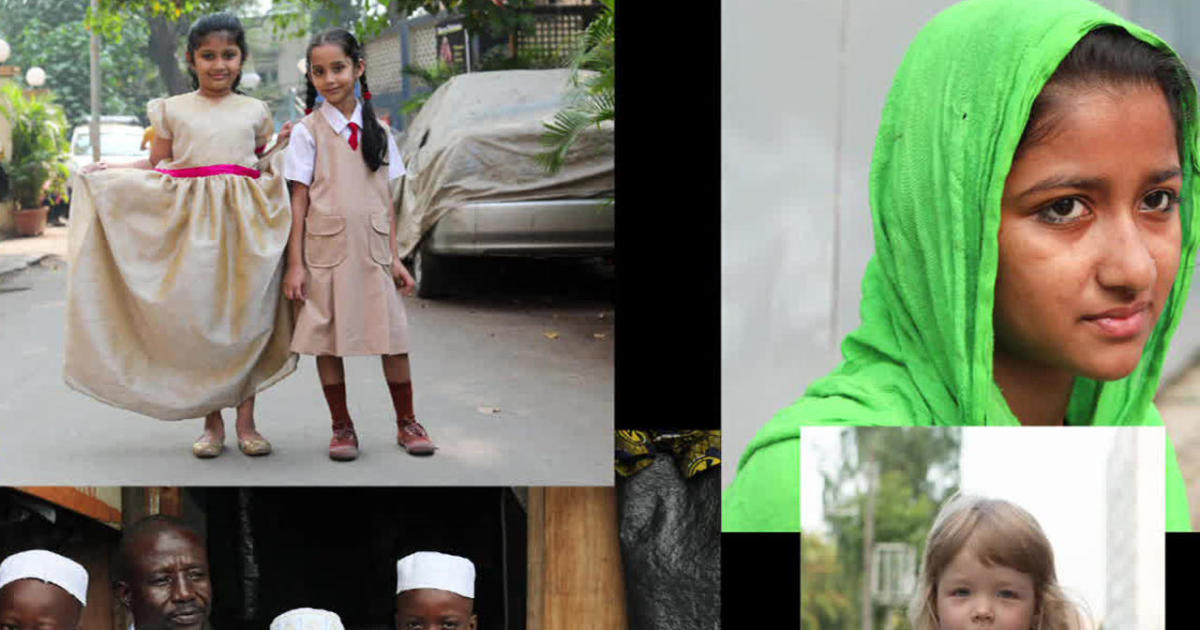 “Humans”: Connecting with the world one photo at a time

What a decade it’s been for Brandon Stanton.

Just fired from his finance job in Chicago, Stanton had an idea: “November 4, 2010, was when I moved to New York. And I just wanted to try to make a living being an artist. That’s all I wanted to do: pay my rent and create all day long.”

Timed perfectly with the rise of social media, his blog, Humans of New York, shared his experiences with New Yorkers he’d approach on the street and ask to take their picture.

Pairing the snapshot with the subject’s own words, often describing a struggle, he elevated random encounters into something of an art form. “It wasn’t necessarily the photography itself that was interesting people,” Stanton told correspondent Jim Axelrod. “It was meeting a stranger.”

Stanton’s fearlessness allowed us to get to know the widow mourning her husband; the blue-collar worker wishing he’d gone to college; a young woman reeling from a break-up with her fiancé.

Stanton said, “When you sit down there with somebody on the street, even if you’re a stranger and they don’t know who you are, and you go to that place, you’ve seen a part of them that nobody else has seen before, and it’s extremely powerful.”

As the Facebook world of carefully-curated images was taking hold, here was a hunt for the honest and unscripted.

Axelrod said, “Everyone’s worried about their ‘brand.’ And we’re obsessed with the glossy and the celebrity. And here is a chronicle of real and normal.”

“Weakness, doubt, struggle – the opposite of everything that we broadcast every single day, which is accomplishment, pride, ego,” Stanton said.

As the blog’s popularity exploded, leading to a bestselling book and turning him into one of Time Magazine’s 30 People Under 30 Changing the World, Stanton wanted to know if what worked in New York traveled: “Is a foreigner with a camera not only gonna be able to stop people randomly, but have any sort of meaningful and substantive conversation with these people that would somehow provide the same sort of depth and nuance that my work in New York provided?”

His new book, “Humans” (St. Martin’s Press), documents eight years of trips to more than 40 countries to answer that question.

“I would give my soul if I could fix her brain,” said a father in Iraq about his disabled daughter.

An addict with a needle in his arm in Pakistan said, “The longer I do it, the more pain that’s waiting if I stop.”

“On the day I watched my father die, this is the skirt I was wearing,” said the survivor of genocide in Rwanda.

A father and daughter in Iraq (left), an addict in Pakistan (middle), and a genocide survivor in Rwanda.

From “Humans” by Brandon Stanton

“Far more unites us than separates us,” Stanton said. “The one thing that’s indivisible and that everybody feels the same way, is pain,” Stanton said. “What causes pain in people’s lives is different in every single aspect. But if you’re looking across the world at somebody in a village in Africa who just lost their mother and they are expressing that in a very real and authentic way, I don’t care how different the details are, the pain is the same, and you can feel it, and you connect with that person.”

Wherever he is, Brandon Stanton’s work rests on a foundation of connection.

Just ask Stephanie Johnson, a 76-year-old New Yorker whose life as an adult dancer known as “Tangueray” Stanton detailed in a 32-part Instagram post – a story she’d never fully told anyone before. Johnson laughed about her first conversation with Stanton: “He looked at my outfit, and he said, ‘I like it.’ And then he goes, ‘Can I interview you?’

“Maybe. Probably. Yeah, probably. And he’s good-looking. Why wouldn’t you talk to him?” she smiled.

From the criminal in Madrid bemoaning “I should have invested the money I stole,” to the construction worker celebrating a park he built in São Paulo (“When they opened the gates, and the children came running in, I started to cry”), is the indisputable, gorgeously photographed proof that Stanton figured out how to cross borders.

“You shrink the world,” Axelrod said.

Even in a COVID world, where his patented approach of walking up to random people and unmasked faces is on hold (“I haven’t taken a photo in months and the blog’s more popular than it’s ever been before”), Stanton is thriving.

“I’ve got an inbox with 20,000 stories submitted from around the world. And I’m interviewing these people, you know, over video conference, and it’s all about constructing the story now.”

Which is a good lesson for all of us: the power found in sharing our struggles is sustaining, if we just give it a try. Stanton said, “I think what’s happened in the past six months has kind of been a double-edged sword, in that it’s made my work more difficult to do, but it’s also created more of a demand for it.

“This is a book of me traveling the world, talking to random strangers. It’s two things that you can’t do anymore.”

“We need connection more than ever?” Axelrod said.

“Yeah, yeah. And it’s doing better than it ever has. And I think the reason being is ’cause people need it more than they ever have.”

Read More: “Humans”: Connecting with the world one photo at a time