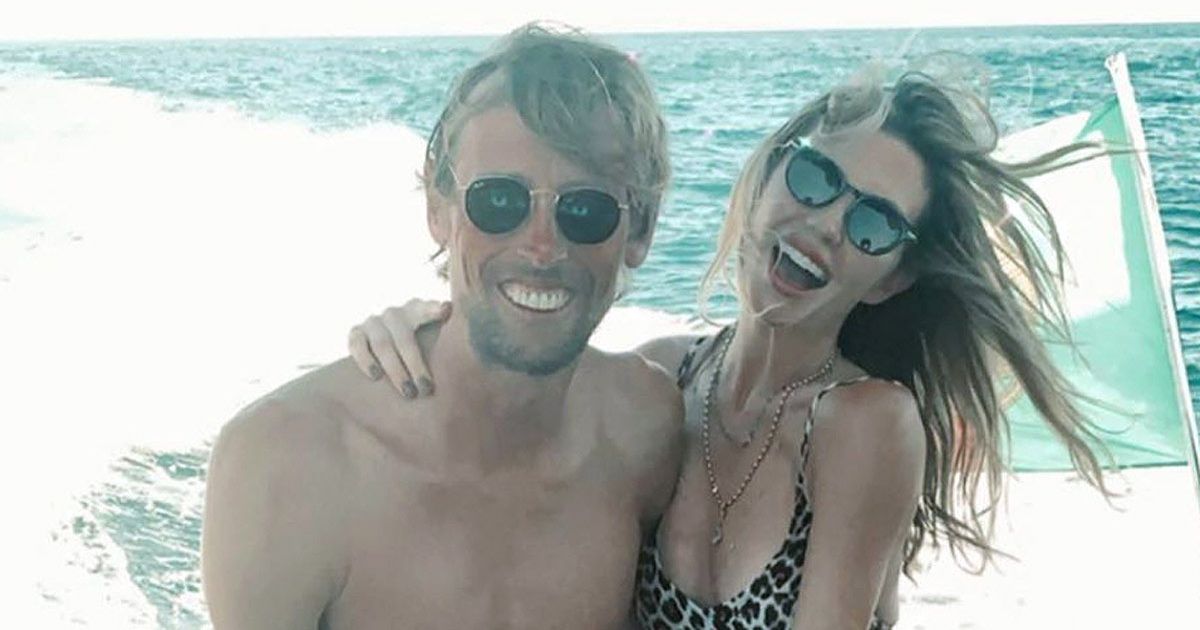 EXCLUSIVE: Crouchy, 39, likes a laugh more than anyone. His down-to-earth nature won yet more fans after his podcast chat with Prince William at Kensington Palace last week 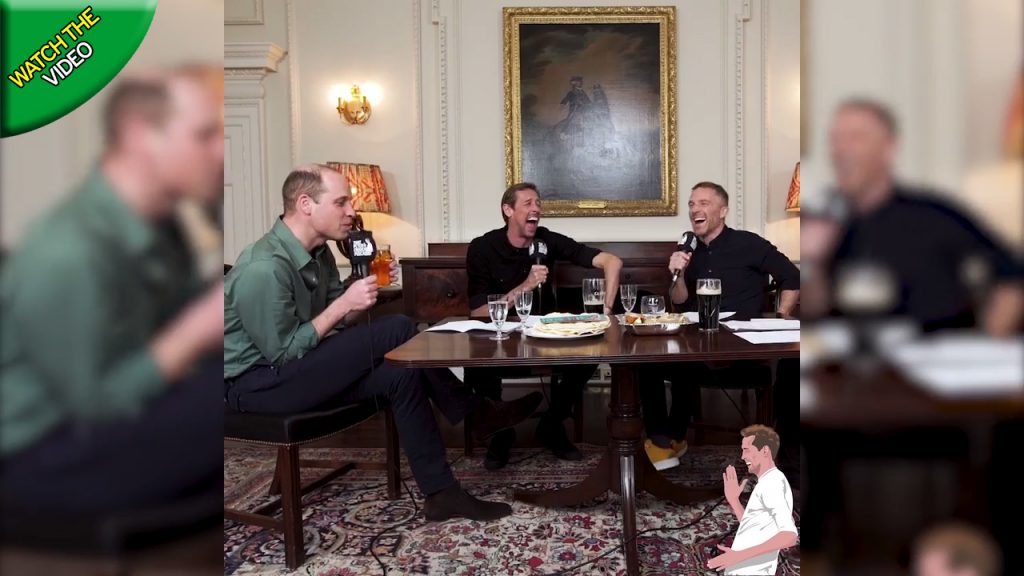 When asked what he would be if he wasn’t a footballer, Peter Crouch fired back a cracking one-liner.

“A virgin,” the lanky striker replied.

It was a brilliant example of self-deprecating humour from a man ribbed by supporters for his appearance and gangly 6ft 7in frame.

At QPR, fans famously likened him to Rodney Trotter, from TV’s Only Fools and Horses.

During his days at Liverpool, supporters came up with this chant: “He’s big, he’s red, his feet stick out the bed.”

And at just about every other ground, his “robodancing” goal celebration tickled fans. 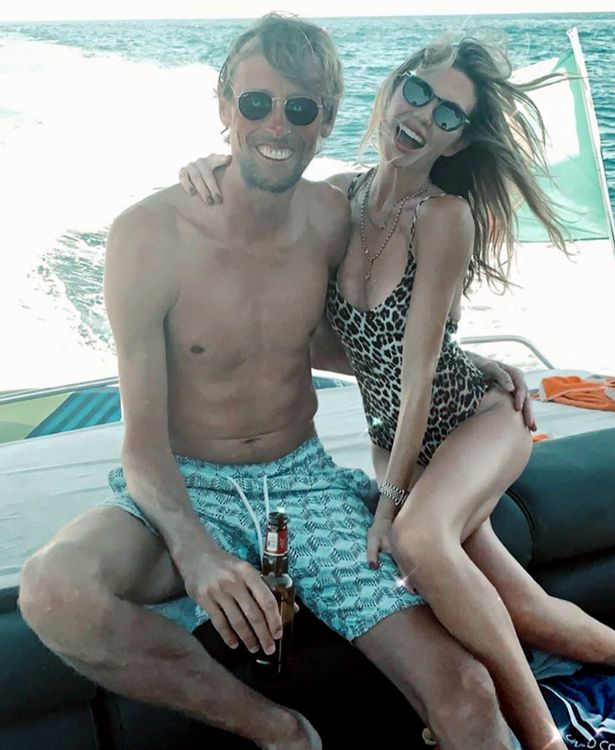 Crouchy, 39, took it all in his stride – because he likes a laugh more than anyone.

And that down-to-earth nature won yet more fans after his podcast chat with Prince William at Kensington Palace last week.

The former England striker is seen roaring his head off and Wills is in tucks of laughter, too.

Ex-coach Des Bulpin, who Crouch called the biggest influence on his career, says humour was the star’s greatest asset.

He says: “Peter took a load of jibes on the terraces about the way he looked, but he always had a sense of humour. 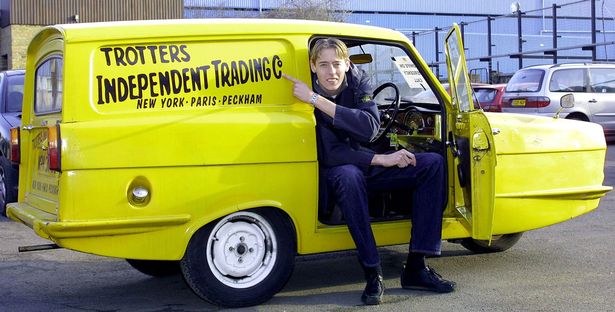 “There’s no surprise he’s so popular or successful. It’s about attitude more than talent.”

The chat with Wills – over a curry and a pint – followed a hectic lockdown for the former striker, topped by eight episodes of the BBC1 variety series Peter Crouch: Save Our Summer.

He previously presented a talk show on Amazon Prime and his BBC podcast, co-hosted with DJ Chris Stark and journalist Tom Fordyce, has had 12 million hits in just under two years.

Each step of the way, he has had his Liverpool-born model wife Abbey Clancy, 34, by his side. All in all, it shows how Crouchy has risen from gawky teenager to a national treasure.

And laughter, always, has been key to his success. He has tittered at nicknames from fans – like RoboCrouch and Crouchinho.

At home the monikers get shorter and shorter.

“All Scousers seem to shorten names,” Crouch said in an Instagram live chat.

“My name is Pete, it’s quite easy to say, but the only people I’ve ever known to shorten it to P is Abbey and her dad.”

Chuckling Abbey chipped in: “I also call him Pedro, babe and Ped.” 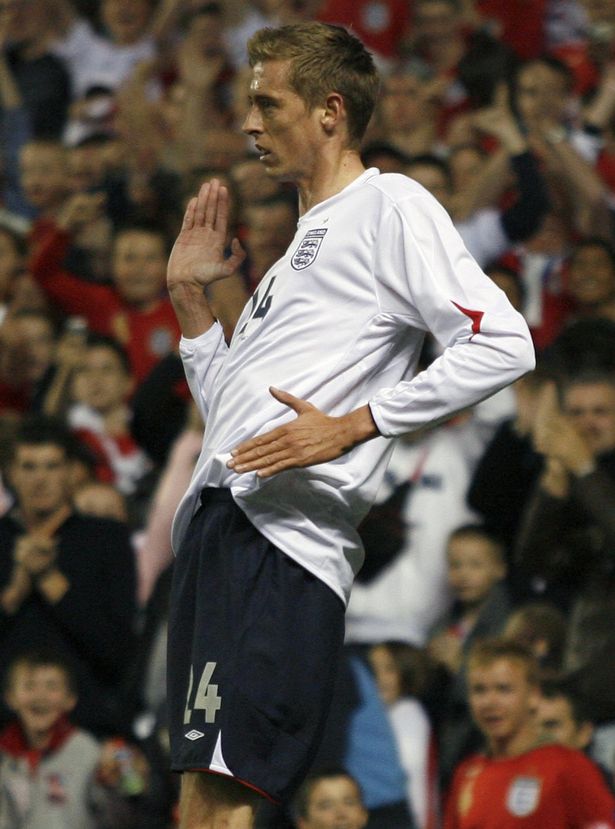 Crouchy showed off his sense of fun in the summer of 2006, with his robodance celebration after scoring for England.

He was mocking himself after TV footage showed him dancing at a party thrown by England pal David Beckham.

The dance was said to be inspired by the Arctic Monkeys’ hit I Bet You Look Good on the Dancefloor.

It was his relationship with Britain’s Next Top Model and Strictly star Abbey which shot Crouch into the celeb big league.

Some found them an odd match. But time has proven any doubters wrong.

They married in 2011 and have four children – Sophia, nine, Liberty, six, Johnny, two, and Jack, almost one. Abbey met Crouch in a Liverpool bar when she was 19 and has called him her “best friend”.

She has spoken about his romantic gestures… admitting some can go awry. 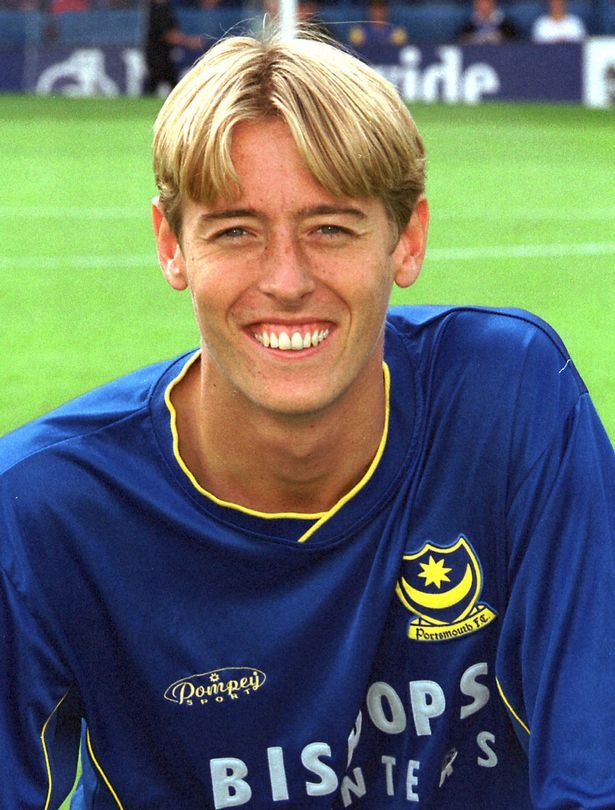 “He does nice surprises, but there’s always something a little bit wrong with them,” she once said. “Like he got me a ring engraved for our wedding anniversary but put the wrong date on it. But that’s Pete and he definitely tries.

“One reason Pete and I work so well together is that every day we have a laugh. Obviously we have our little bickers like anyone else, but we always have a laugh.”

Crouch grew up in Harrow on the Hill, just outside London, after his family returned from Singapore. Dad Bruce worked in advertising, was a Chelsea fan and named his son after Blues hero Peter Osgood.

Crouch was in QPR’s youth set-up when coach Bulpin discovered him. Des, 69, adds: “QPR didn’t think he was good enough. He was locked into a schoolboy contract but the coaching team left QPR for Tottenham. We took him with us.” 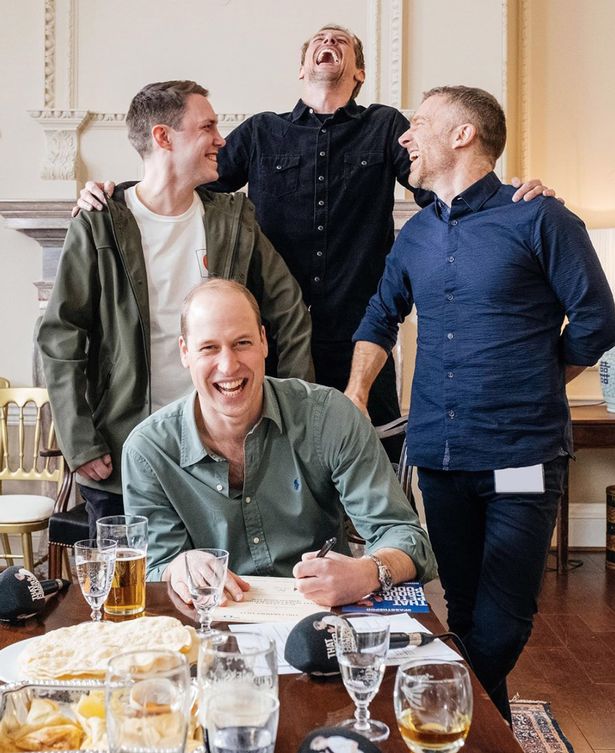 Crouch had two spells at Tottenham and his other clubs included Portsmouth, QPR, Liverpool and, for eight years, Stoke City. At QPR, former England star Gerry Francis was coach and recalls Crouchy as a popular figure.

Gerry, 68, says: “He was a great kid. He could take the ribbing he got for his height and had this really nice and funny attitude.

“We wanted a bit of PR with him in the car from Only Fools and Horses. He wasn’t sure but I said ‘come on, people will have a laugh’.

“He mentioned it on TV before lockdown and I sent a text joking he was still making money off that story. The success couldn’t happen to a nicer person.”

Across two decades he scored more than 200 club goals, 22 for England and picked up an FA Cup winner’s medal. Jibes were never far away – his dad was furious to hear one crowd chant “freak” – but Crouch toughed it out.

After his 2018 autobiography How To Be A Footballer, he said: “I found it tough when I was a teenager. I was like, ‘Do I want to put myself through this every week?’ But I came through and feel a lot stronger that I did.”

Crouch is worth an estimated £27million and has a mansion in Surrey. So he’s a TV and radio star, proud dad with a beautiful wife. And matey with Prince William.

Read More: How Peter Crouch went from gawky teen to having a curry with the future King