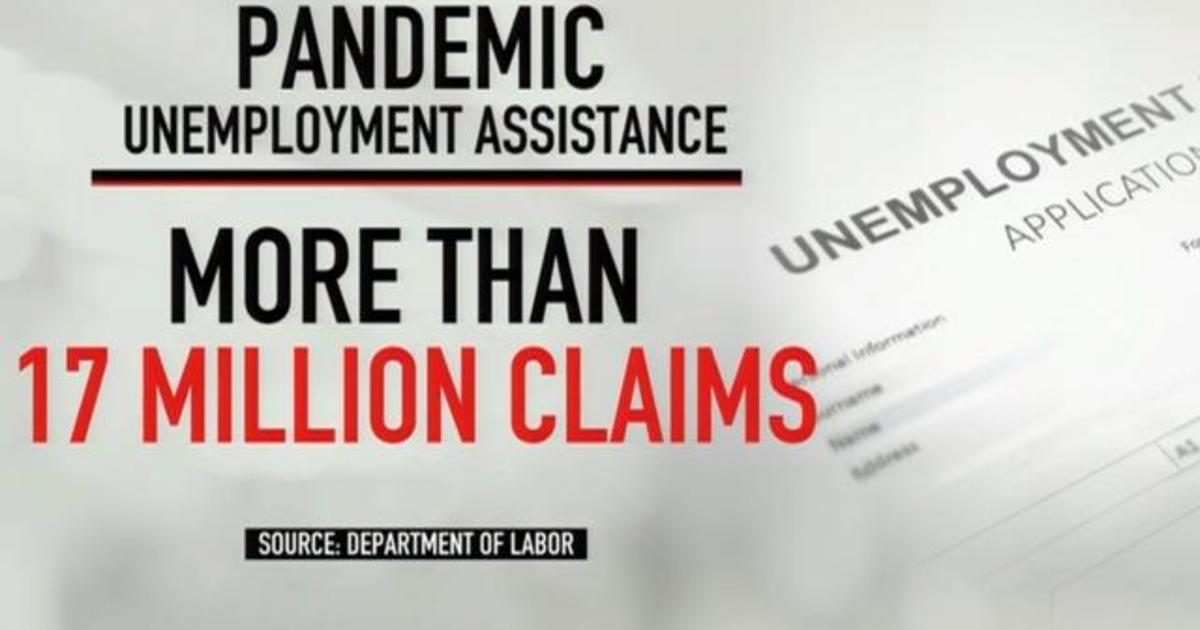 How pandemic jobless benefits create a “perfect storm” for fraud

A hastily-enacted government program designed to help Americans through the pandemic is facing a growing problem with fraud, potentially tying up millions of dollars and keeping it from people who need it most.

The Pandemic Unemployment Assistance Program, or PUA, is designed to expand unemployment benefits to cover gig workers, freelancers and others who are not typically eligible for unemployment.

However, it has become the target of scammers who steal people’s identities to apply for benefits they are not entitled to — putting people like part time hairstylist and mother of four Taylor Pressley in a dangerous limbo.

“I’m due for eviction, I’m supposed to be going to court because I’m backed up on my rent,” Pressley told CBS News’ Jericka Duncan. “I’ve been trying to contact PUA for weeks, and it’s always been a busy line.”

Pressley, a 29-year-old Philadelphia resident, tried to apply for the jobless program in May.

“Four months straight that they had and did nothing about my case at all,” she said.

In the meantime, she is facing eviction after falling “$2,600 and something” behind on rent.

After numerous calls and emails to her state workforce agency, the part-time hairstylist says she learned someone tried to apply in her name — holding up benefits she desperately needs.

“Six months later, they have not received a dime and they filed in March, and they are on the phone in tears with me many, many times,” Delozier said. “They can’t pay their rent, they can’t pay their mortgage… because they have yet to receive an unemployment check. And that’s just wrong.”

Delozier almost fell victim to the same scam herself when she received two checks totaling over $7,000 in unemployment money she never applied for.

She said the same story was happening to “hundreds of thousands of people.”

“Unfortunately, it just is honestly a huge scam,” Delozier said.

So far the PUA program has doled out more than $49 billion nationwide — a lifeline for millions of Americans, but according to Pennsylvania Attorney General Josh Shapiro, also “open season” for “fraudsters” taking advantage of it.

The “relatively new benefit,” he said, puts the onus for administering it on state and local departments of labor and industry that are already “overtaxed because of the pandemic,” making it easier to exploit.

“I think it’s a perfect storm,” he said.

In August, Shapiro announced charges in what he called “a massive fraud investigation” against 33 prison inmates and accomplices for scamming the PUA program. In all, 10,000 inmates across the state have applied.

As a state, Pennsylvania is only behind California and New York in the amount of PUA money disbursed. In a statement to CBS News, the Pennsylvania Department of Labor and Industry said it takes combating fraud seriously and has implemented methods to identify “potentially ineligible individuals, including those who are incarcerated.”

« Trump says CDC director "made a mistake" on vaccine timeline