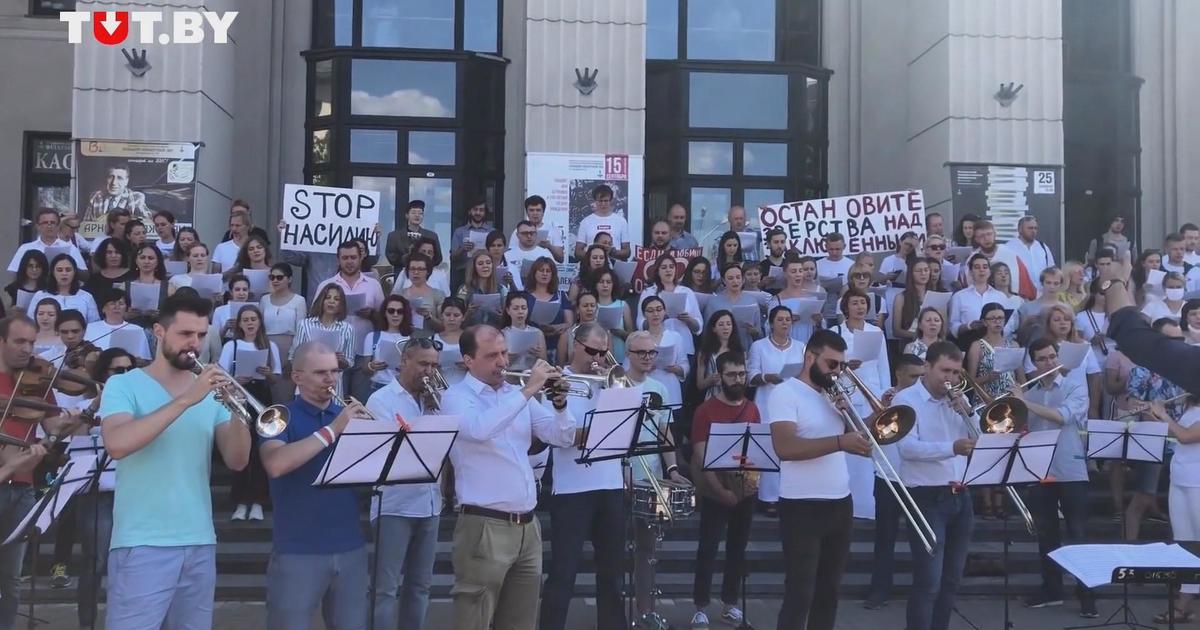 How music became a weapon in the “revolution” in Belarus

Minsk — For two months, young and old in Belarus have denounced President Alexander Lukashenko for allegedly stealing an election. His reaction has been savage. Several protesters have died of injuries sustained in a crackdown by security forces, and thousands of others have been detained or simply abducted. But the harsh response has clearly backfired. Despite being beaten, bludgeoned and even tortured, Belarusians’ fear has fomented into anger, and courage.

At times, they have protested peacefully in the streets by the hundreds of thousands. At other times, they’ve used the power of song.

In subways and shopping malls, flash mobs have popped up to musically reject the government’s authoritarian grip on power. The well-orchestrated demonstrations materialize, sing, and then dissipate back into the general population before police can catch them.

“We’re like guerrilla fighters,” some of the flash mob organizers told CBS News in their first TV interview, from an undisclosed location in the capital Minsk. The daredevils are professional musicians from Belarus’ national Philharmonic, although the philharmonic does not officially endorse the flash mobs. Their protest began with a defiant performance on the steps of their concert hall, with folk songs that have become anthems of the opposition.

When police started to harass them, they took their movement underground, and they were stunned to find regular people eager to join in.

“They were crying, they were thanking us” said one of the musicians. “We realized that art can move people and bolster their fighting spirit.”

The organizers now count roughly 400 members of the flash mobs, which they organize using the encrypted Telegram social media app. They send out notices of their flash mobs only about one hour beforehand, to prevent police from thwarting their efforts.

It’s a fight that resembles David and Goliath: Lukashenko, backed by his old ally Russian President Vladimir Putin, has deployed his military to quash the peaceful protests in the former Soviet republic.

The Russian president recently wrote a check for $1.5 billion in aid to Lukashenko, and vowed to deploy Russian security forces across the border “if necessary.”

The standoff has yielded Cold War-like imagery that has come to define Belarus in 2020.

For now, it’s a war of attrition, grinding on between Europe’s so-called “last dictator” of 26 years and the people demanding he step down.

But the musicians behind the pop-up protests say victory is already theirs. “We’ve already won. We have defeated fear,” they told CBS News. “Belarus’ revolution has no single leader, except, perhaps, the music.”

Read More: How music became a weapon in the “revolution” in Belarus