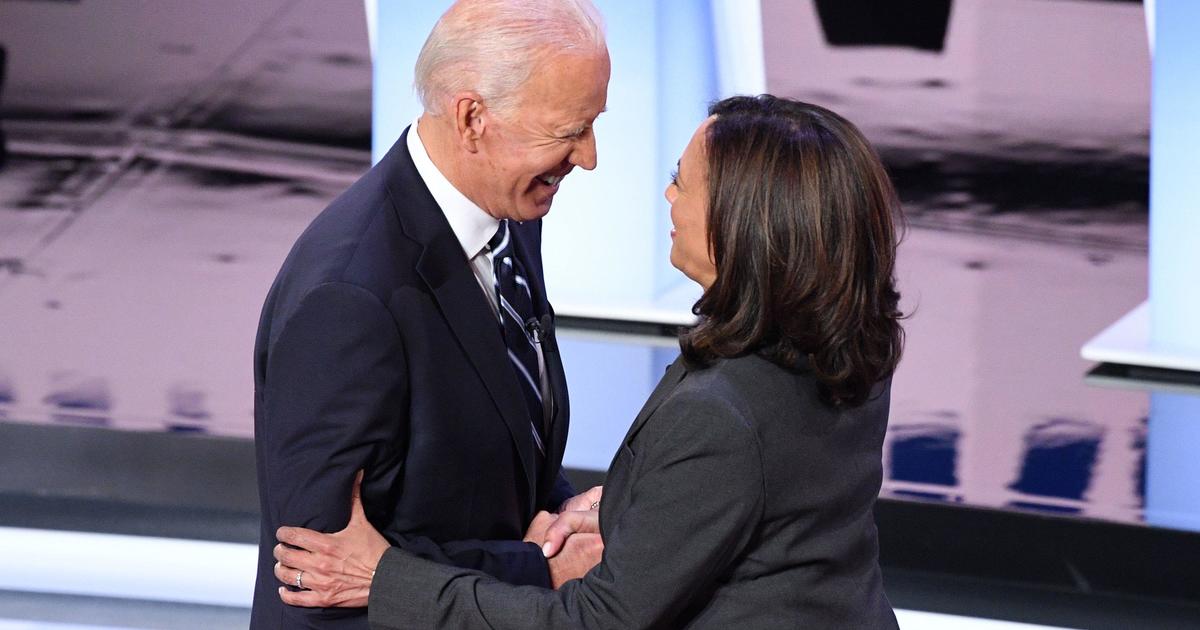 Neck gaiters may be worse than not wearing a mask at all, study shows

How Biden decided on Harris as his VP

How Biden decided on Harris as his VP

Joe Biden’s presidential campaign captured the moment the presumptive nominee tele-called Kamala from his home office in Wilmington Tuesday: “You ready to go to work?” And, “First of all, is the answer yes?” “The answer is absolutely yes, Joe, and I am ready to work. I am ready to do this with you, for you,” Harris replied. “I’m just — I’m deeply honored and I’m very excited.” The call bookends a brief bio video, narrated by Harris and released by the campaign after the announcement of her selection as the first Black woman running mate for a major party, and the first Asian-American. Though that moment was made public, the Biden campaign succeeded in keeping her selection a secret until it chose to announce it, and information about the process was also for the most part closely guarded. A Biden campaign official shared some details afterward about what went on over the past several months. The vetting committee met with a first round of more than 20 candidates and then narrowed the list to 11. Senator Amy Klobuchar, who was asked by Biden to undergo vetting, took herself out of consideration in mid-June. “You have moments in history where you look back at ’em, and you think, was that the right thing? And I think the right thing to do right now…is to put a woman of color on the ticket as the next vice president of our country,” she told CBS News’ Ed O’Keefe. Amid the protests over George Floyd’s death, Klobuchar said it would help heal the country. “It is something that would really take what has been a tragedy, but also a galvanizing moment and turn it into a moment of joy. And I think our country is looking for that right now.” That final group responded to broad questions like, “What will your agenda be?” Candidates were also asked about offbeat subjects, like, “What do you think President Trump’s nickname for you will be?” Mr. Trump appears to be trying out “Phony Kamala” for now. One of the few leaks that emerged during the selection process was one that suggested Harris may not have been a consensus candidate among the vetting team. Though her resume is impressive — former presidential candidate, California senator, and former state attorney general — her highest-profile moment during her campaign for the Democratic presidential nomination was her attack on Biden in the first primary debate on busing. A Biden donor told Politico that Dodd was unhappy about the fact that she had shown “no remorse” for the onstage clash in 2019, dismissing it with a laugh. “That’s politics,” Harris reportedly said. Valerie Jarrett, who was counselor to President Obama and worked with Biden in the White House, told CBSN Tuesday after Harris’ selection was announced, ” I think everybody else took that little skirmish at the debate much more seriously than Vice President Biden.” One Biden campaign official described Harris’ record as prosecutor as a complement to Biden’s experience as a public defender, and the campaign thinks she’ll be a powerful voice on racial equality.

As many as 15 lawyers helped the vetters delve into the backgrounds of the candidate — all pro-bono work. The vetters wrapped up their formal work last week and presented their thoughts and findings to Biden and Jill Biden. A campaign source says the group submitted details of their conversations and weighed in with assessments of the potential running mates. Biden interviewed his top choices either in person or remotely. Last week Michigan Governor Gretchen Whitmer flew to Delaware to meet with him in person. In the end, it was Harris, the vetting committee said in a statement, who Biden determined “would be the best governing partner to help him lead our country out of the chaos created by Donald Trump.” Within a few hours after Harris was announced, the campaign raised over $10 million and anticipated the totals to be higher by Wednesday morning.