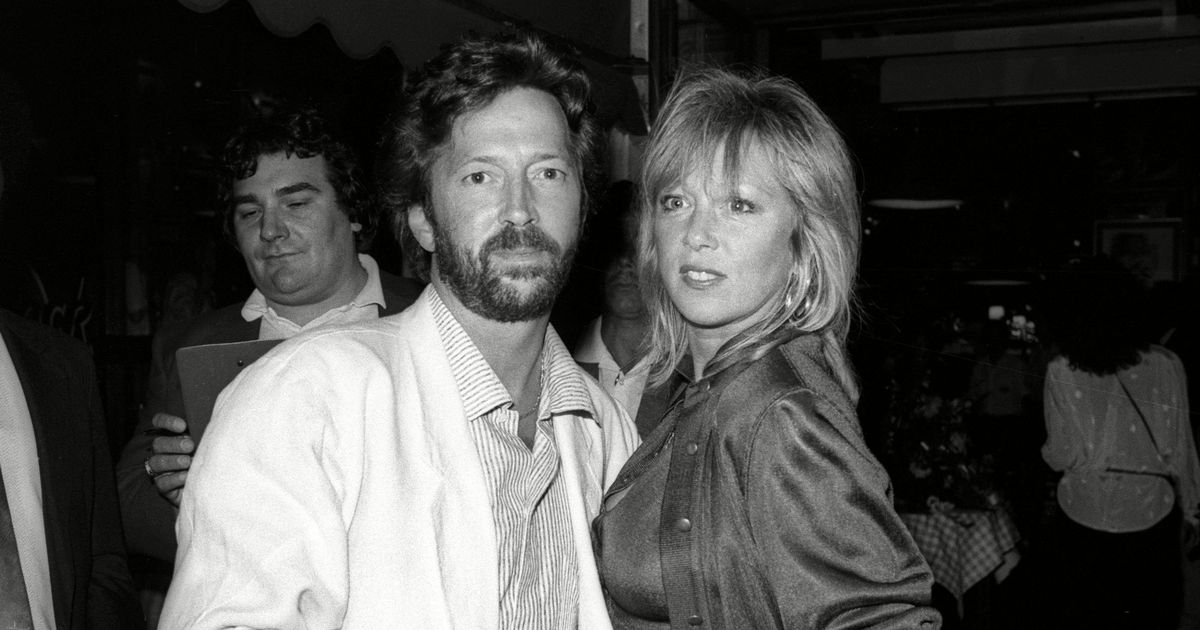 The Hard Rock Cafe in London is home to rock’n’roll treasures, and has hosted some truly remarkable objects over the years, from Sid Vicious’ jeans, to Jimi Hendrix’s guitar 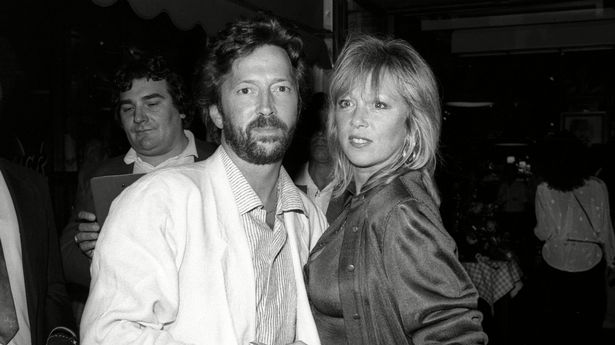 Eric Clapton and Patti Boyd at the Hard Rock Cafe in 1986, at a party held by Bob Geldof

It all started because Eric Clapton wanted a permanent spot at the bar. He liked his perch in the groovy Hard Rock Cafe in Mayfair, but found best pal George Harrison often sauntered to his favourite leaning point first.

(It probably added salt to the wound that Beatle George also got to marry Pattie Boyd first before Clapton.)

The first Hard Rock Cafe, co-founded in the West End of London in 1971 by US businessman Isaac Tigrett, didn’t have bar stools at the time.

In efforts to get one, Clapton bribed him with one of his guitars. He got a stool, and Harrison shifted his pint.

Perhaps a tad harsh, seeing as it was George who, reportedly, after getting rejected from the Ritz for wearing jeans, suggested to Tigrett that Mayfair needed a less conservative booze den.

As the chain celebrates its 50th ­anniversary, Clapton’s guitar hangs above the modern-day bar doors from the same location. It was the first piece of memorabilia owned by Hard Rock, now a brand boasting 86,000 items, in 253 ­locations, in 68 countries.

Giovanni Taliaferro, vice president of memorabilia and design, won’t reveal their worth. But given it ranges from Geri ­Halliwell’s Union Jack Brits dress (hanging in his office), to Beatles’ handwritten lyrics, to Madonna’s pointy-cup corset, to Little Richard’s boots, insurance must run pretty high.

Former Beatle George Harrison and his wife Olivia attend the 21st birthday party of the Hard Rock Cafe in London on June 15, 1992

A John Lennon lyric sheet at the cafe

“These are our Mona Lisas, they are priceless,” is what he will say. So ­priceless, he has just flown over from the US clutching a guitar belonging to The Who’s Peter Townshend.

“I’ve flown with Michael Jackson’s red leather jacket from Beat It, and his father Joseph Jackson’s guitar – the one Tito learnt to play on,” he relays.

Incidentally, that Townshend guitar was Hard Rock’s second piece of memorabilia, donated by The Who’s co-founder after he saw Clapton had managed to secure a stool. Apparently, he had it biked over, sort of regretted it, asked for it back, but didn’t get his way.

The further you delve into Hard Rock’s history, the further you spiral Alice in Wonderland-style into a maze of stardom, in which names drop and explode like glitter bombs.

We’re chatting amid a pop-up exhibition of newly acquired memorabilia on the site of Hyde Park’s British Summer Time Festival, running until July 10, of which Hard Rock is a partner.

The items croon with ghostly echoes of pop history. A tiny black polka dot dress Amy Winehouse wore in 2007 to the MOBOs conjures up visions of her grooving beehive crown.

Battered leather trousers belonging to the Sex Pistols’ Sid Vicious, sliced at the knee, are so moulded to the man it feels like he’s only just slithered out.

Then there is a wetsuit and half a surfboard that belonged to Pearl Jam’s Eddie Vedder, which is a bit random… He scribbled on it, ‘I hope I die before I get old’. (He’s now 57).

A lot of stars have an unbreakable bond with the items, Giovanni confides. Geri knows her minidress, which she auctioned off, is with them – husband Christian Horner revealed.

Glenn Matlock, the original Sex Pistols bassist, discovered his first acoustic guitar there and played it.

Giovanni is, after he leaves me, off to meet Sir Elton John before the star headlines at the British Summer Time Festival to return his LA Dodgers costume, in which he performed in 1975. Hard Rock have agreed to swap it back to Elton in return for a Gucci suit from his Yellow Brick Road tour. “The suit is very important to him,” explains Giovanni, assuring me I ­definitely can’t come along. But where I’m heading next is pretty fun anyway.

At the Hard Rock Cafe’s original site on Old Park Lane, Ashraf Mayat, 53, is set to show me The Vault in the ­basement where a treasure trove lies.

It used to be a vault belonging to Coutts bank. Princess Diana’s wedding dress was kept here before the big day. She once came to try it on.

A guide for 22 years, Ash confides stars also take a peek. He was there when Matlock picked up his guitar seven years ago. “He had a tear in his eye. It was his first ever guitar, his parents bought it for Christmas.”

He was also emotional because it was nestled close to a Gibson Flying V guitar belonging to Jimi Hendrix.

It is the one he played at the Isle of Wight festival in 1970. Around 700,000 watched, including most of The Beatles. Bob Geldof, who popped down recently with his grandchildren, told Ash he was there, too.

A hamburger being served at The Hard Rock Cafe in 1983

Behind it is a Beatles harpsichord used to record Lucy in the Sky with Diamonds.

Across the way is a Madonna corset designed by Jean Paul Gaultier for her 1990 Blond Ambition tour. Opposite, hang hand-scrawled lyrics by John Lennon for Instant Karma!.

“I assume this isn’t part of the memorabilia?” I ask. But yes, it is.

“This is a church pew that was in the home of George Fridiric Handel in the 1700s, which Hendrix lived in,” he says.

I jump up pretty quickly. But it’s OK, apparently all the stars like to have their picture taken here. Ringo’s even done the peace sign where I sit.

Read More: How George Harrison and Eric Clapton made the Hard Rock Cafe a museum of rock’n’roll