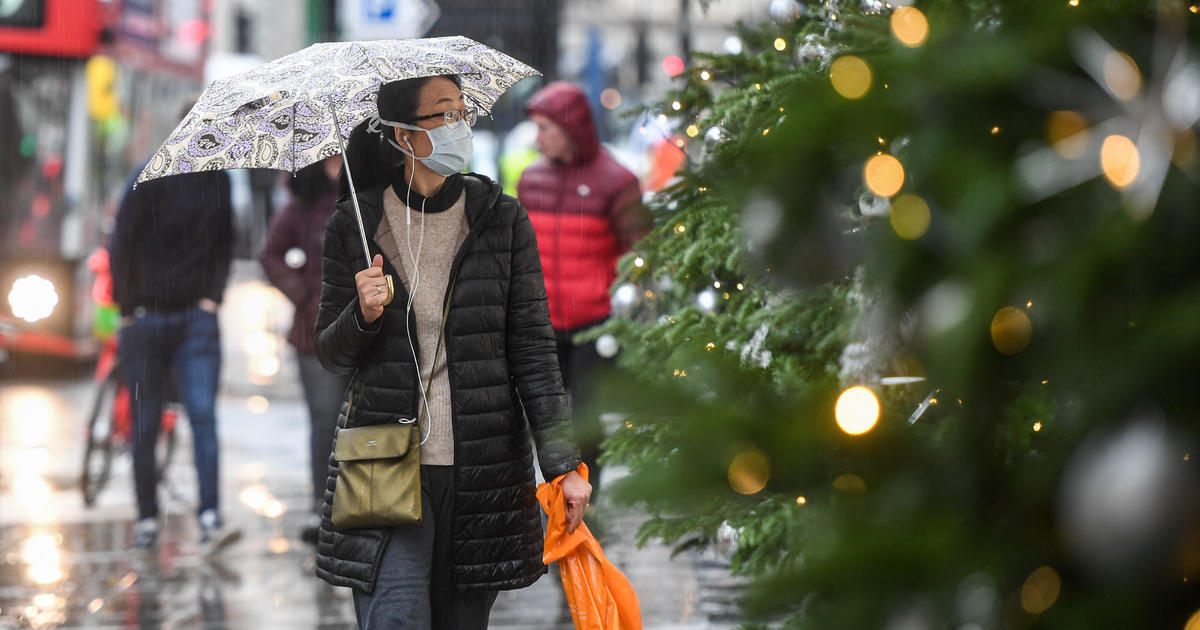 How Europe is planning to cope with a COVID Christmas

London — Two of Britain’s most respected medical journals united on Tuesday to urge the government to scrap its plan to ease coronavirus restrictions over the Christmas holiday. In a rare joint editorial, the British Medical Journal (BMJ) and the Health Service Journal (HSJ) warned that Prime Minister Boris Johnson’s current plan to allow up to three households to meet indoors for a five-day period would be “another major error that will cost many lives.”

The editors said allowing the inter-household mingling right as the country faces a surge in new COVID-19 infections could overwhelm the National Health Service (NHS) with patients in the first weeks of the new year.

“We believe the government is about to blunder into another major error that will cost many lives,” the BMJ and HSJ said in their second ever joint editorial column. “With the number of hospital patients with COVID-19 again on the rise, and a third wave almost inevitable, the new year is likely to see NHS trusts facing a stark choice: be overwhelmed or stop most elective and non-urgent work.

“Rather than lifting restrictions over Christmas as currently planned, the U.K. should follow the more cautious examples of Germany, Italy and the Netherlands,” the journals said.

Johnson’s government announced just days ago that London and parts of three surrounding counties would, from Wednesday, join wide swathes of central and northern England under the toughest anti-virus restrictions in a bid to curb spiraling infection rates. Pubs, bars, restaurants and other hospitality sites will close, except for takeout, as will theaters and other entertainment venues. Stores can remain open for the vital holiday shopping period.

Different households can mix outdoors, but only in groups of up to six people, and only in public places. Schools have remained open since September, and most shops were allowed to reopen earlier this month when a nationwide lockdown was lifted.

A woman walks past Christmas decorations in London, England, December 14, 2020, two days before the sprawling capital city is placed under “Tier 3” pandemic-control measures, with restaurants and pubs to be limited to takeout and delivery service only, although shops will remain open.

In their editorial, the BMJ and HSJ noted that London and devolved leaders in Edinburgh, Cardiff and Belfast had devised the plan to ease the rules over Christmas on the assumption that COVID-19 demands on the NHS would be decreasing. However, new virus cases and hospital admissions have begun to rise again after a month-long nationwide shutdown in England ended in early December.

“It should now reverse its rash decision to allow household mixing and instead extend (current restrictions) over the five-day Christmas period in order to bring numbers down in the advance of a likely third wave,” the medical journals added.

Polish officials said Tuesday that people should stay home over Christmas and New Year to slow the spread of COVID-19, dashing any hopes of a change in anti-coronavirus measures for the holidays.

While the number of new virus cases recorded daily has fallen since a surge last month, the country is still often seeing more than 500 COVID deaths per day.

Prime Minister Mateusz Morawiecki told journalists that while the situation appeared to be improving, “we can’t pretend that we have defeated the virus – that the situation is so good that we can think about changing direction.”

Chancellor Angela Merkel announced on Sunday that the country’s lockdown measures would be tightened up and made uniform across all 16 states from Wednesday.

“We are forced to act and we’re acting,” Merkel told reporters in Berlin after reaching an agreement with German state governors. She said the existing restrictions, which were imposed in November, had failed to significantly reduce the number of new infections.

The countrywide measures will last at least until January 10, and will include closing schools nationwide, most non-food stores, businesses such as hairdressers and restaurants for all but takeout service.

With the exception of Christmas, the number of people allowed to meet indoors will remain restricted to five, not including children under 14.

Prime Minister Mark Rutte announced this week that the Netherlands would be put under a strict lockdown from 15 December to 19 January. All non-essential stores, theaters, salons and barber shops and gyms would be shuttered along with schools from Wednesday, according to BBC News.

Dutch Prime Minister Mark Rutte cleans his hands upon his arrival to meet with an imam in the Al Islam mosque in The Hague, April 23, 2020, a few hours before the start of the Ramadan, amid the COVID-19 pandemic.

The Dutch government urged its citizens to refrain from booking non-essential trips abroad until mid-March.

The restrictions were to be eased slightly for three days over Christmas, when people will be allowed to have up to three guests, rather than just two. Children under the age of 13 are not included in those restrictions.

“We need to bite this very sour apple before things get better. And yes, they will get better. There will come a time when coronavirus will be behind us, when our lives will be normal again,” he said. “It won’t be now, or in a week, or a month. But with the vaccine, 2021 will indeed be a year of hope and of light at the end of the tunnel.”

Prime Minister Giuseppe Conte has warned his nation to brace for a “more sober Christmas, without Christmas Eve gatherings, hugs and kisses.”

BBC News reports that many Italian regions were already under partial lockdowns heading into this week, and all travel between the regions was barred for the holiday period, between December 21 and January 6.

Inside a Rome hospital gripped by COVID-19

Italians won’t even be allowed to leave the cities or towns they live in on Christmas Day, the 26th or New Year’s Day, with exceptions for work or medical travel.

A national curfew was also to be in place for the holiday period, from 10 p.m. until 5 a.m. every day, meaning the traditional Midnight Masses would not be held.

“We think we need to introduce greater precautions to prevent a surge in infections,” Conte told his nation.

On Tuesday, France lifted a nationwide lockdown that was imposed on October 28, but strict measures will remain in place as infections were still high.

A nationwide curfew was to take effect from 8 p.m. to 6 a.m., which will be lifted on Christmas Eve but not on New Year’s Eve.

All of France’s theaters and cinemas will remain shut, as will bars and restaurants.

Read More: How Europe is planning to cope with a COVID Christmas