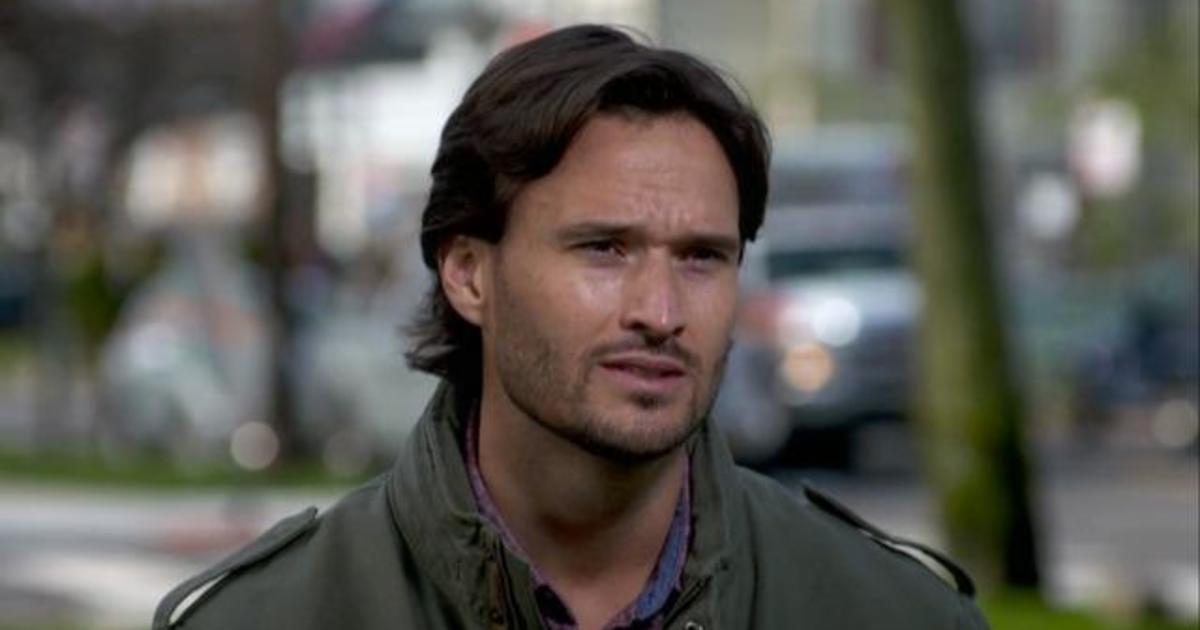 How disaster relief gave one former Marine a new purpose

As a Marine sniper, Jake Wood deployed to Iraq in 2007 and then Afghanistan in 2008, never far from what the Marines call “the point of friction.”

“We called ourselves ‘bullet sponges.’ You know, we’d go out on these counterinsurgency patrols in Iraq and we’d basically just wait for the enemy to attack us,” Wood told “CBS This Morning” co-host Tony Dokoupil. “Our tours were tough. They were bloody. … We took some of the highest casualties of any unit across both of our tours.”

A fact that haunted Wood’s parents — and him as well.

“My greatest fear was my mother burying me,” he said. “When I got back from my second tour, my dad hugged me at the airfield, and he whispered in my ear that my mom had painted the living room 10 different colors since I’d left. And he said I had to stop doing that to her, and you know, I took that to heart.”

Wood had always been a somewhat unlikely soldier. He was a college athlete, seemingly primed for business school. What was even more unlikely is what he did after leaving the military, in 2010.

“There was no plan. And that was the plan,” Wood said.

When a powerful earthquake devastated Haiti, destroying much of that country’s infrastructure, and leaving countless in need, Wood decided to self-deploy, as he puts it.

“I’m sitting there. I’m watching it unfold, and it just looked familiar,” he said.

He gathered a small group of veterans and flew down to help.

“It just became obvious that this is what we’d been doing for a decade overseas,” he said.

As America marks #VeteransDay, one Marine veteran says we should be looking for ways to allow our heroes to continue serving.@JakeWoodTR spoke w/ @tonydokoupil about how his organization @TeamRubicon is sending former service members into disaster zones — to help those in need. pic.twitter.com/aExIj8vHIG

And they’ve been doing it ever since. Haiti was the start of Team Rubicon, a non-profit co-founded by Wood that has since launched more than 700 veteran-led relief operations, including a big one on New York’s Rockaway Peninsula.

“Eight years ago, this place was under, you know, three feet of water and a foot-and-a-half of sand,” Wood recalled.

“We’d get our teams the equipment and supplies that they needed,” Wood said. “And you’d just see, you know, all these people just stream out and just, kind of, move across the neighborhood, … and just going, you know, house by house to help these people who needed it.”

And they soon realized that by helping others, these veterans were also helping themselves.

“I think what many veterans suffer from when they come home is … a lack of purpose, a lack of meaning, and I think service to others has this opportunity to fulfill that,” Wood said.

“Life-and-death stakes became so normal overseas. The idea that, you know, you’ve got a sales quota to meet — I mean, you know, if it’s a high enough sales quota, … maybe that’ll do it for you. But I think, for a lot of folks, they are looking for something that’s more consequential,” he said.

With that in mind, it was in the Rockaways, on Veterans Day eight years ago, when Wood asked former service members to reconsider the purpose of the federal holiday.

“Veterans Day has evolved into something that’s more of an opportunity to demonstrate to the country, not what veterans have done but what they’re still capable of,” Wood said. “We look at veterans and we’re quick to thank them for their service, and that’s good. We should do that. But you know, I think we shouldn’t be afraid to ask them to continue to serve.”

Wood has written a new book, “Once a Warrior: How One Marine Veteran Found a New Mission Closer to Home,” detailing his military experience and how he helped get Team Rubicon off the ground.

Team Rubicon now has about 130,000 volunteers, most of whom have spent time in the military. The organization says it’s open to anyone who wishes to serve those in need.