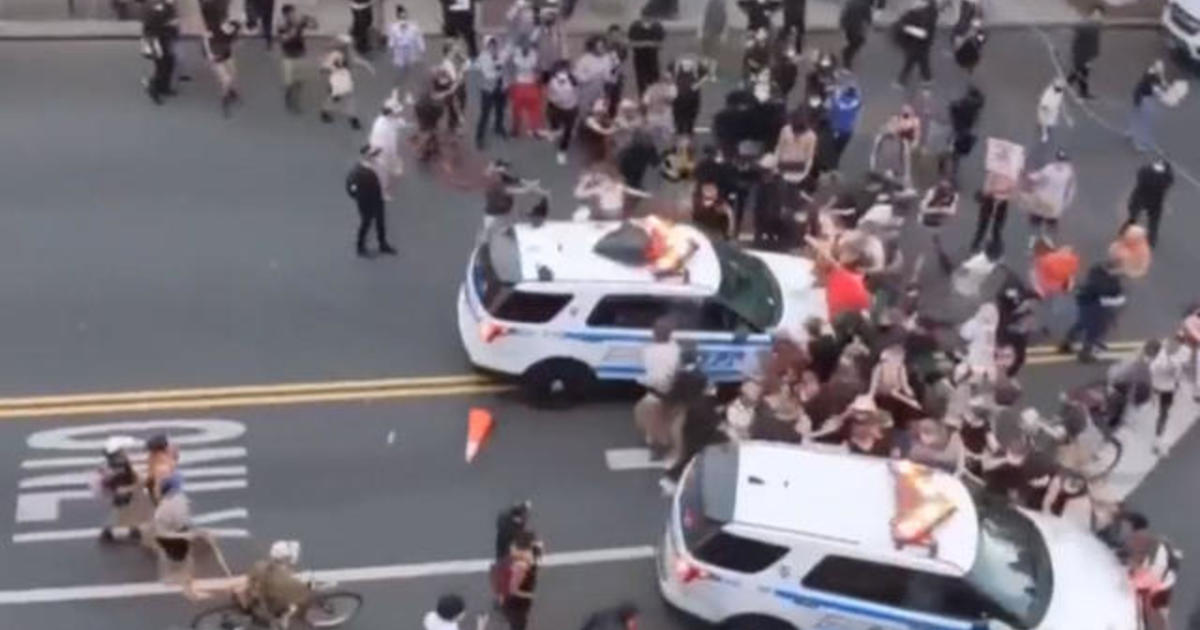 How Americans with opposing political views interpret the same situation

This year, some Republicans have accused Democrats of wanting “to destroy the country” and “spewing hatred,” while some Democrats can be heard saying Republicans are “fascists, ruining this country” — a far cry from what would be called ideological debate.

A growing number of researchers believe politics has the ability to alter one’s perception of reality and others.

“It’s getting worse, and I don’t see it unwinding anytime soon,” said New York University psychology professor Jay Van Bavel. “Political identities are one of the most important and powerful identities that people have right now in this country. And that’s grown over time.”

Gallup polling going back two decades shows a stark and widening political divide on many issues — more Americans are choosing to live in places that are politically like-minded, and UCLA research found in 2016 that more than half of Americans prefer their child marry someone from a specific political party — leading to questions over just show sharply one’s beliefs could shape their worldview.

By showing an identical clip of police clashing with Black Lives Matter protesters to both Republicans and Democrats, “CBS This Morning” co-host Tony Dokoupil got a firsthand look at how stark the differences could be.

People’s initial reaction was strong — “terrible” and “awful,” something that “shouldn’t be.”

When asked who was being more aggressive in the situation, a woman who says she plans to vote for Donald Trump replied “the protesters, because they’re not letting them go through.”

But supporters of Joe Biden labeled the NYPD as the aggressor.

“As far as I can see, there’s no violence or anything from the protesters,” one man said. “And the police are acting a little violently.”

Another Biden supporter blamed the NYPD for showing a “lack of restraint in their crowd control.”

According to Professor Jay Van Bavel, many people with opposing views also likely experience a “bias blind spot” that makes it difficult to see one’s own bias.

“Even though other people around us, our friends, and family, and colleagues can see when we’re biased, we have a hard time seeing it. We think we’re rational,” he said.

Another video shows Kentucky homeowners and lawyers Mark and Patricia McCloskey standing on their front lawn, armed, as a group of protesters marches past their house inside a gated community.

The infamous video has made the couple celebrities on the right, speaking at Republican events including the 2020 national convention.

“This is so wrong,” a person said.

Questions over who the aggressor is in the video revealed another divide along party lines.

Another Biden supporter agreed, “the person with the assault rifle,” referring to Mark McCloskey, “without a question.”

Trump supporters saw the armed couple as “defending what they could while they were there.”

One sentiment most people interviewed agreed on — America has become more politically polarized. As one woman put it, “We’re so freaking polarized.”

Part of the reason could be the changing ways we take in information, NYU psychologist Jay Van Bavel explained.

“Our political leaders stopped cooperating and voting in different ways,” he said. “The media that we tune into, you can now select media that aligns with your political identities. And social media allows you to tune into whatever you want to tune into, whatever you hope to see. And, so, you can confirm all your beliefs, and identities, and expectations by plugging into these different realities.”

« How Americans view events through a partisan lens