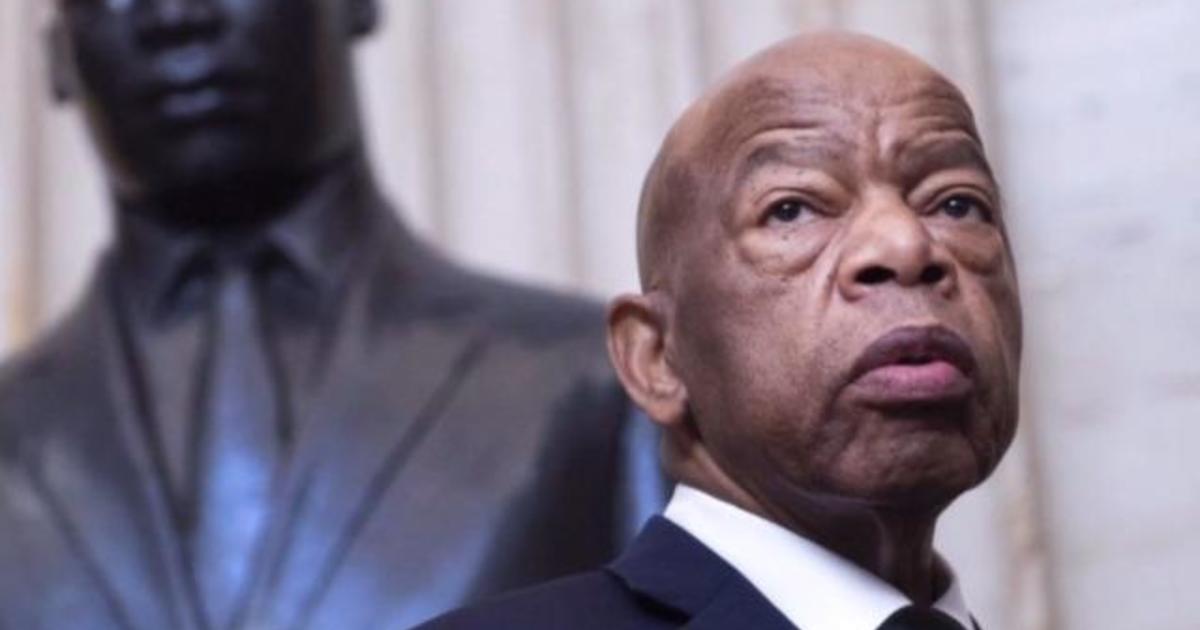 Honoring the life of John Lewis

John Lewis was a share-cropper’s son, born in 1940 in a part of rural Alabama that was so rigidly segregated that he had seen only two white people when he reached his sixth birthday.

It was not what John Lewis said but what he did that changed America. An activist from his teen years when he heard Martin Luther King on the radio, he was arrested more than 40 times, beaten and severely injured as he took part in sit-ins at segregated southern restaurants and later was one of the Freedom Riders who risked their lives by simply sitting in seats reserved for whites on interstate buses.

By the time King made his famous speech in Washington, Lewis had become chairman of the Student Non Violent Coordinating Committee.

“To those who have said, “Be patient and wait,” we have long said that we cannot be patient. We do not want our freedom gradually”

At 23, he was the youngest speaker that day and delivered a powerful speech even though organizers deleted his most powerful line which they feared would offend President Kennedy. The line was “..whose side is the government on?”

Lewis continued to play a leading role in the movement, but it was what happened in Selma, Alabama on March 7, 1965 that would leave John Lewis’ name writ large in American history. It was supposed to be a peaceful march of 600 people but it came to be called “Bloody Sunday.”

On the 50th anniversary of that awful day, I went to Selma and walked with him across the bridge where it all happened.

“We were marching in twos in an orderly peaceful non violent fashion on our way to Montgomery to dramatize to the nation that people wanted to register to vote. I really thought we would be arrested and jailed that day,” said Lewis.

“When did you realize when you got to the high point here that’s when you saw all of the law enforcement people down there?”

“We saw down below the state troopers and behind the state troopers was the sheriff’s possee on horseback. And we got to the bottom of the bridge.They came toward us beating us with nightsticks, using tear gas and trampling us with the horses. I was right in front. I was the first person hit, And I still have the scar on my forehead. I was knocked down. My legs just went out from under me, I thought I was going to die on this bridge. I said to myself this is a the last protest for me,” Lewis recalled.

“I don’t even recall how I got back to the church but apparently someone carried me back and I guess I became conscious and someone asked me to say something to the audience and I stood up and said I don’t understand it. President Johnson can send troops to Vietnam and cannot send troops to Selma Alabama to protect people whose only desire to register to vote.”

In a matter of weeks President Johnson sent troops, the march was completed peacefully and in the wake of the violence and hated that had been laid bare in Selma, Congress passed the Voting Rights Act.

Elected to congress in 1986, he fought battle after battle when the odds were overwhelmingly against him. Nor did he did he always win. A sit in on the house floor to push for gun control went nowhere but to Lewis that was not the point.

When the House voted to impeach Donald Trump he called it a sad day but one that had to be faced.

Whether they agreed with him are not on a particular issue, his Democratic and Republican colleagues called him the conscience of the congress.

Even as he was dying with cancer, when the Black Lives Matter demonstrations erupted, there again was Lewis on the front lines.John Lewis made America a better place and I never knew a better man. This Bob Schieffer.

Editor’s note: An earlier version of this script aired with an error that Lewis was born in Georgia, not Alabama. This has been corrected and amended in the copy above.