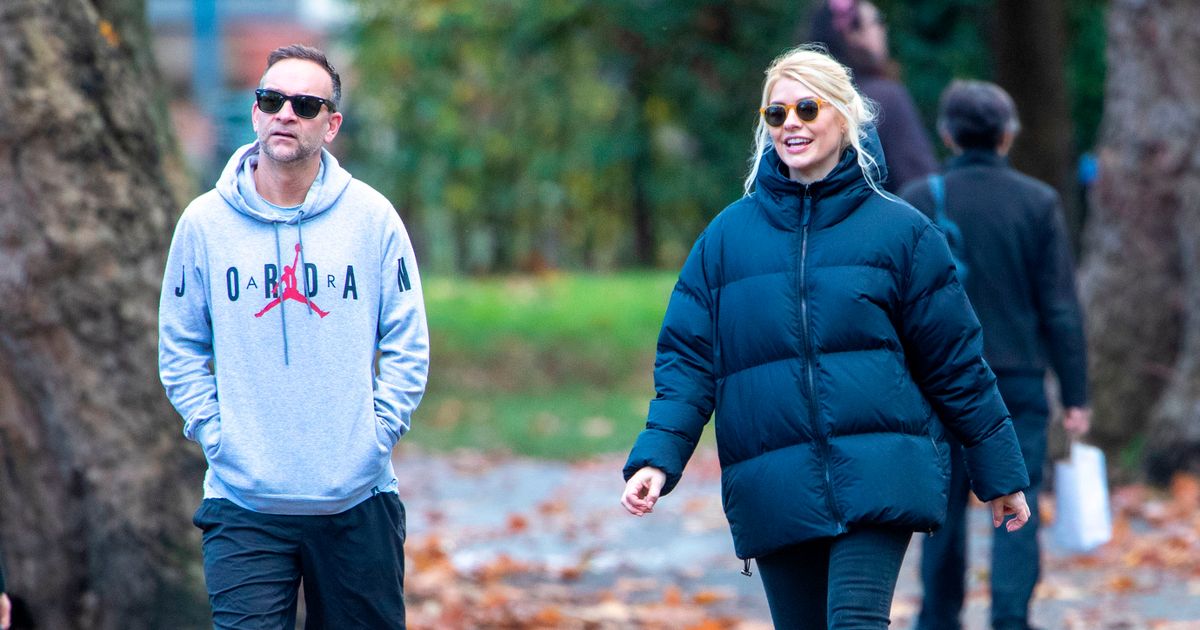 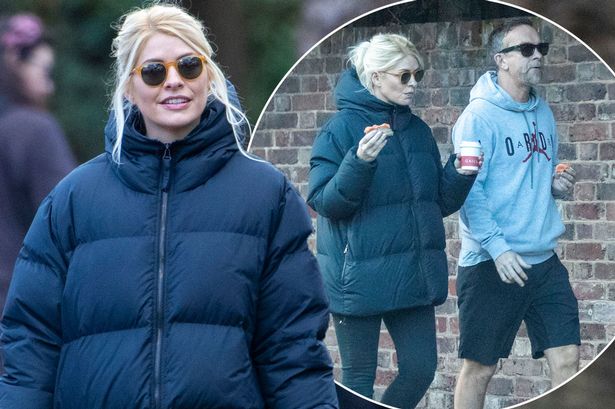 Holly Willoughby looked so loved-up with husband Dan Baldwin as she held his hand during a romantic walk.

The television presenter, 39, was spotted out and about in London with her hunk, 45, earlier this week following her live This Morning show.

They packed on the PDA during their outing to get fresh air as Holly cosied up to her husband.

They appeared to be lost in each other’s words as they were seen chatting away to each other in several snaps.

Holly wore a pricey designer puffer jacket worth £760 in a bid to keep the chill at bay, which she paired with snug leggings and a pair of trainers, while Dan opted for a casual grey hoodie and shorts. 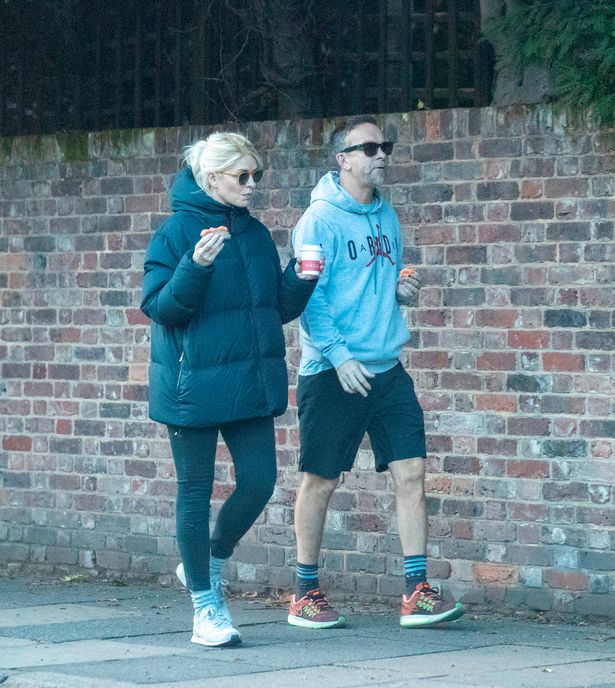 The TV star also wore a pair of dark sunglasses as she kept a low-key appearance.

The happy couple are rarely pictured together, but they enjoyed some quality time on their walk as they grabbed a coffee once Holly had finished work.

It looked like the most perfect day as they strolled through the streets of the quiet city and walked through a park. 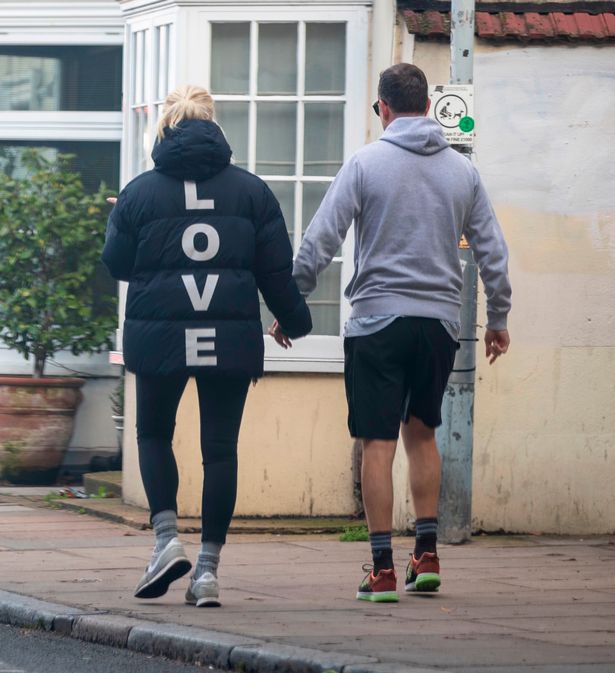 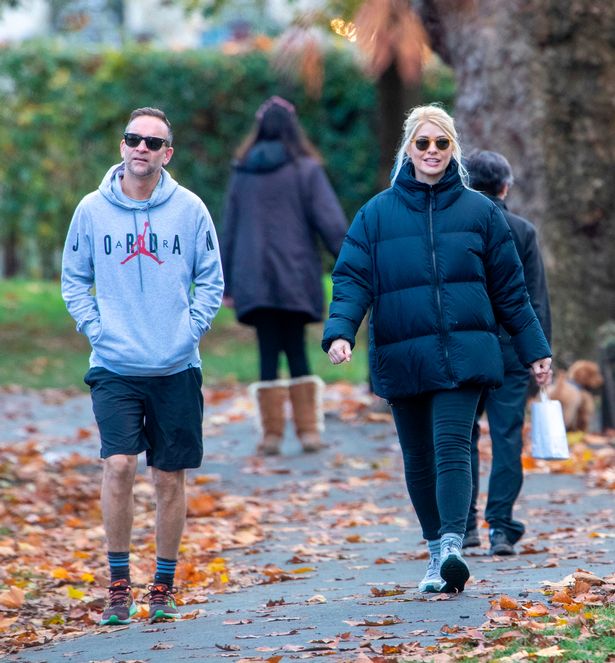 Holly and Dan have been married for 13 years and their relationship is going from strength-to-strength.

They first met while on-set of Ministry of Mayhem, which Holly co-hosted with Stephen Mulhern, and later tied the knot in August 2007.

Dan has shied away from the spotlight, while Holly is often in it due to her demanding job. 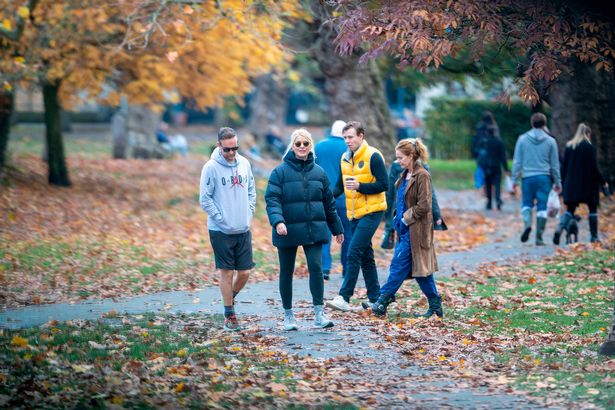 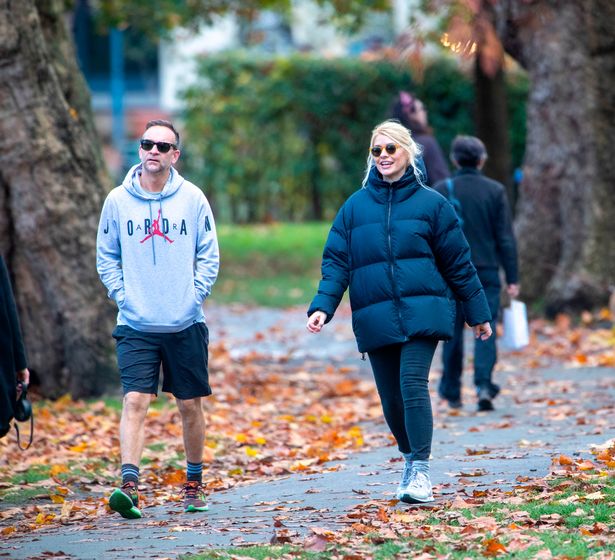 The stars share three children together – daughter Belle and sons Harry and Chester.