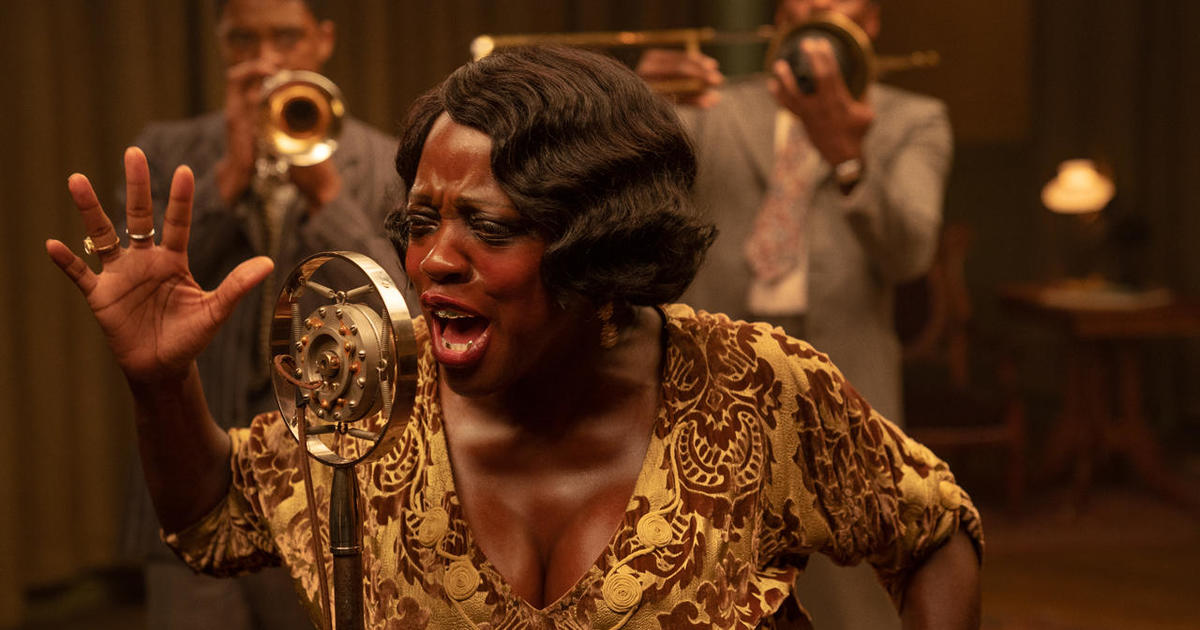 Before Billie, before Ella, there was Ma.

“Ma Rainey’s Black Bottom” is a new Netflix film inspired by the true-life story of the blues legend. And like Ma herself, the movie is big, bawdy, and – spoiler alert – the music alone is worth the price of admission.

The story is one of talent marred by tragedy, but it’s also one of those rare times when the story behind the scenes is just as compelling, and every bit as tragic.

“Ma Rainey’s Black Bottom” is the film adaptation of August Wilson’s play, one of ten in his “American Century Cycle.” Wilson wrote a play for each decade of the 20th century, each one a mirror of the Black experience at the time, like “Ma Rainey,” set in the 1920s; “The Piano Lesson” in the ’30s; and his Pulitzer Prize-winning “Fences” in the ’50s.

Now, Oscar-winner Denzel Washington (who directed and starred in the movie version of “Fences”) is bringing all ten of Wilson’s Century cycle plays to the big screen as a producer.

Correspondent Tracy Smith asked, “Was there something in you that said, ‘People need to see this. This shouldn’t just be for people who can pay to go see it on Broadway’?”

“I’d like to say that – can I steal that now?” Washington replied.

“I would think that this might seem a little overwhelming. I mean, this could take your entire life to do this,” Smith said.

“No. It was, what’s left for me to do, professionally?” Washington said. “This is perfect. It’s not hard, it’s a joy, it’s an opportunity, it’s a privilege to shepherd this material. You know, no pressure. The pressure’s not on me. The pressure’s on the filmmakers. I can blame them!”

At first, Viola Davis, who won a Tony and an Oscar for her work in “Fences,” didn’t think she could sing well enough to play Ma Rainey, but as with any August Wilson play, the true power is in the spoken word: “I think that he captures our humor as Black people,” she said. “He captures our humor, our vulnerability, our tragedies, our trauma. And he humanizes us. And he allows us to talk.”

Wilson, who died of cancer 15 years ago at age 60, was a master of language, who could capture the soul of human emotion in just a sentence or two.

Romero remembers him as a genius who could, at times, be a handful to live with.

Smith asked, “What was it like being married to, essentially, a Shakespeare?”

“Well, it wasn’t always easy. You know, I think that Mrs. Shakespeare probably didn’t have the best time, you know, living with somebody who is always working. He always had ideas. He always wanted to talk about them.

“He would drink tons of coffee. And his brain was just, you know, ticking and going at a hundred miles an hour.”

Tony-winning director George C. Wolfe said interpreting Wilson’s work for the screen was a bit intimidating. “It’s a brilliant piece, and a celebrated work,” said Wolfe. “If I did it badly, or redid it badly, everybody would go, ‘You did it badly!'”

He also said one of the high points was working with Chadwick Boseman, who came to fame in the title role of 2018’s Marvel Comics blockbuster “Black Panther.”

Smith asked Washington, “You helped pay for his schooling, part of it, and he’s said that there wouldn’t have been a ‘Black Panther’ if it wasn’t for Denzel Washington.”

“There are always those that came before us,” he replied. “There wouldn’t be a Denzel without a Sidney, or a Sidney without a James Edwards, or James Edwards without whoever the guy was back then. It’s our job to pass the baton and share what we know. It’s my job. That’s the way I look at it. You can’t take it with you, so all you can do is leave it here.”

In “Ma Rainey’s Black Bottom,” Boseman played a very different role, as a talented and tormented musician. But on this set he was kind of a superhero, too: At the same time he was shooting the movie, he was also battling colon cancer.

Wolfe said, “I feel deeply, deeply blessed that I was a part of his journey in working on this film. I truly feel that way.”

Smith said, “It sounds just from the way you talk about it like he really gave until he could not give anymore.”

In fact, Boseman kept it from everyone, even the boss. Smith said, “It’s fascinating that nobody knew.”

“Well, credit to him; he kept it to himself,” Washington said. “It was nobody’s business. He was there to deliver and he delivered. Certain members of his team knew. His wife was there. They weren’t even married yet. And I used to watch how she took care of him, and I actually said to him, I said, ‘Man, you know, you need to put a ring on that finger,’ ’cause she kept her eye on him and she watched him. And I’m like, ‘Man, she loves that guy.’ You know, but I didn’t know what we know now.”

We now know it would be his final film. Chadwick Boseman passed away August 28 at the age of 43.

Smith asked, “He’s so young, so talented. How do you wrap your mind around that?”

“He did all he could do with what he was given, and he left it here for us to enjoy,” Washington said. “Chad will live forever. Period.”

It seems like August Wilson will live forever, too, with Denzel Washington’s help. “Ma Rainey’s Black Bottom” is on just about ever Oscar predictions list – and there are eight other films yet to come.

“I don’t know about all that,” he replied. “I’m just here to take care of this man’s work, put the best actors and directors around it, and make the movies. By the time you have a legacy you’re usually not here anymore, right? So, I don’t know. I don’t even think of it that way. I’m busy. I’m not sitting around looking at what I’m doing, I’m doing it.”

To watch a trailer for “Ma Rainey’s Black Bottom” click on the video player below:

« The return of Secret Santa