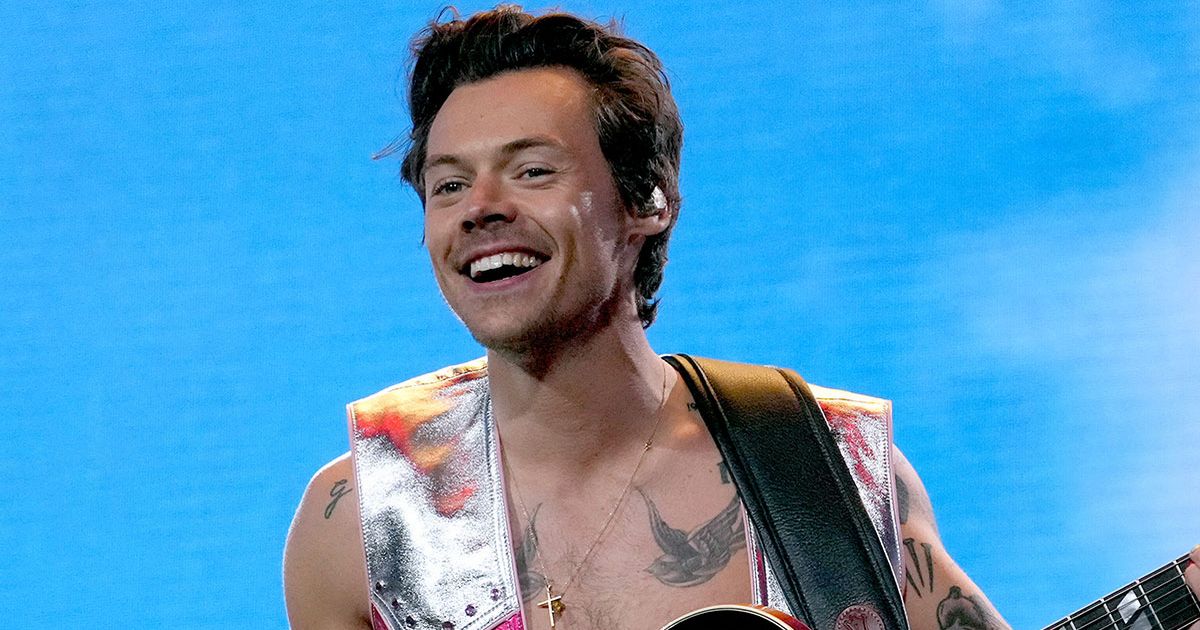 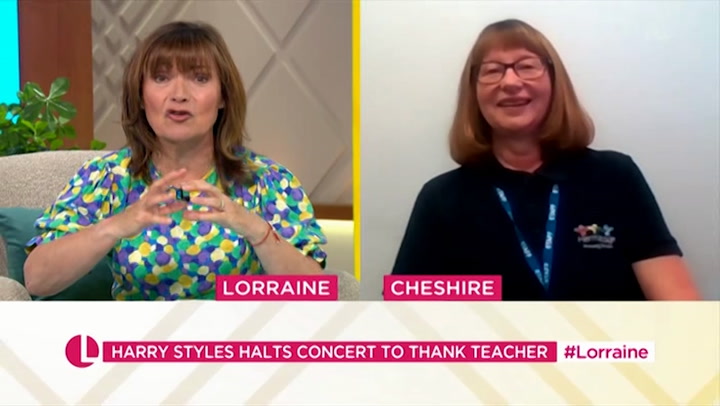 Harry Styles helped a fan come out as gay during his Love on Tour gig at Wembley Stadium.

The 28-year-old singer was performing in front of the excited crowd when he was handed a cardboard sign.

Fan, Mattia, had written: “From Ono to Wembley: Help me come out”.

Harry immediately accepted the challenge and picked up a rainbow pride flag.

Waving the flag back and forth he announced: “When I wave this flag above my head, you will officially be gay my boy”.

Keeping up the suspense, the singer finally declared Mattia a “free man” much to the crowd’s delight.

It’s not the first time Harry has helped a fan announce their sexuality.

Harry Styles made a fan’s day with his gesture

The singer was in his element

Spotting a girl at his Connecticut gig last year with a sign that said: “Help me come out”, he replied: “When I raise this flag you’re officially out, heard that’s how it works! She’s oooout,” he announced.

Taking to Twitter after his Wembley gig last night, Harry gushed: “Wembley, last night was one of my favourite shows we’ve ever played. I don’t know where to begin thanking you, I’m completely overwhelmed. I’m so grateful, I’m so happy. Thank you, thank you. I love you all. See you later. H.”

Harry wowed the 180,000 strong crowd over two nights at the weekend.

Fans flocked to social media praising the star, but the singer’s biggest fan is still his mum, Anne, 54.

Congratulating her son online, she wrote: “When I thought you couldn’t get better .. and I couldn’t be prouder .. you blew me away tonight.”

Anne, 54 joined Harry on the latest leg of his UK tour in London, on Saturday night, along with the singer’s sister Gemma.

Gemma got a special mention during the sold-out gig in which Harry thanked her for jump-starting his career.

He said: “I’m from just outside Manchester, but 12 years ago my sister brought me to London for the first time, to bootcamp for the X Factor, and I’ve lived in London since,” he said. “In a lot of ways this is very much home for me, so thank you for coming.”

HIs mum Anne is his number one fan

The fashion-forward star was sporting a rather fetching part of heart-print dungarees while on stage at the London venue.

His mum previously said her son loved dressing up as a boy and was always in style.

Speaking about his controversial Vogue cover in which he wore a dress, she said: “I think maybe I had something to do with it”.

“I was always a big fan of doing fancy dress with them when they were smaller, which [Harry’s sister] Gemma always hated but Harry always embraced.”

Read More: Harry Styles helps a fan come out as gay live on stage at his gig at Wembley Stadium