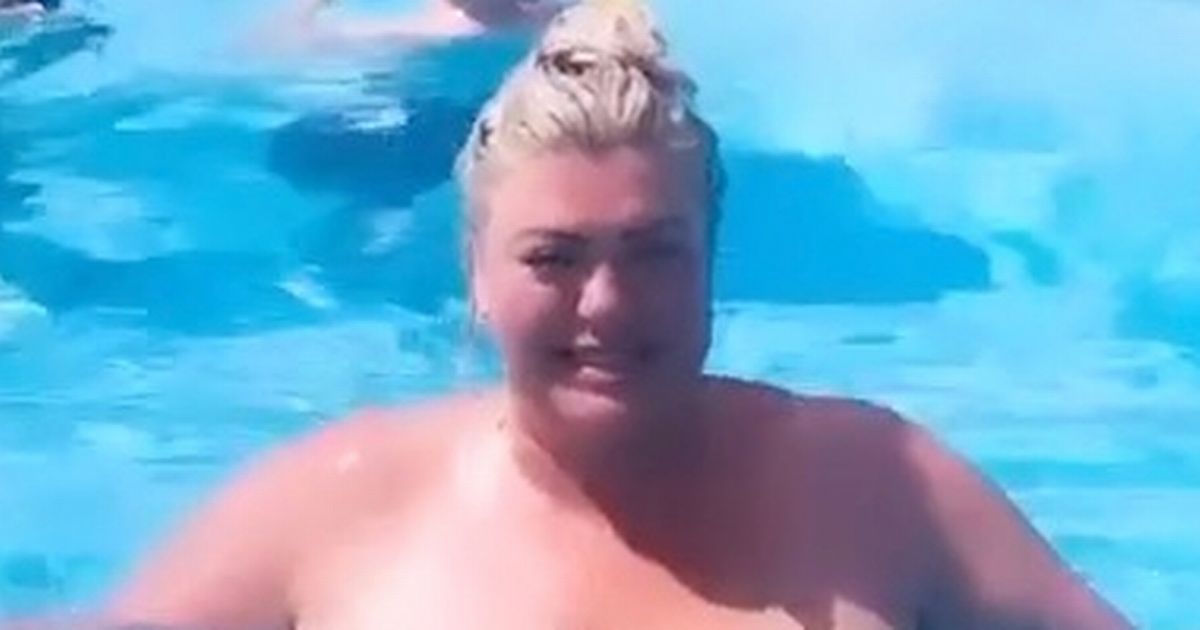 Gemma Collins has showcased her impressive weight loss in a skintight swimsuit.

The former TOWIE star looked the picture of glamor as she enjoyed some time by the pool at her nephew’s birthday party.

The 39-year-old flaunted her curves in a leopard print bandeau one-piece which hugged her slimmed down figure perfectly.

Body confident Gem appeared to be having the time of her life as she splashed around and dunked and dived into the glistening water.

The blonde beauty wore her tresses pulled away from her face as she styled her luscious locks in a loose bun. 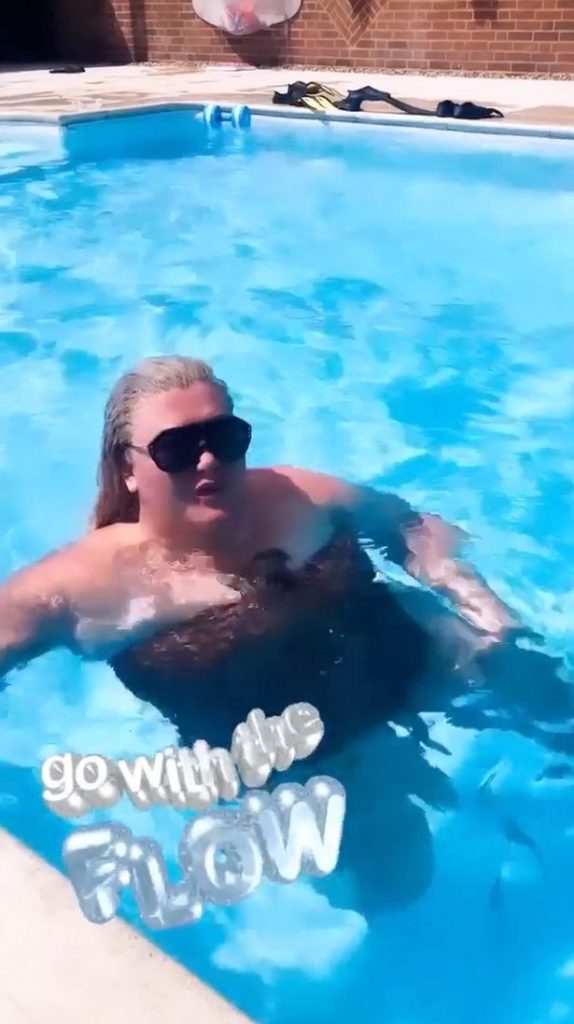 Wearing minimal makeup, the reality TV queen showcased her natural beauty with just a slick of mascara and some lip gloss.

Taking to her Instagram Stories, she shared a glimpse of the family fun and her dunking skills with her 1.9 million followers.

Gemma also took the opportunity to encourage her growing audience to let loose and have some fun as the UK lockdown begins to ease.

While splashing around in the water, the Essex diva insisted: “Obviously you know, we are coming out of lockdown. 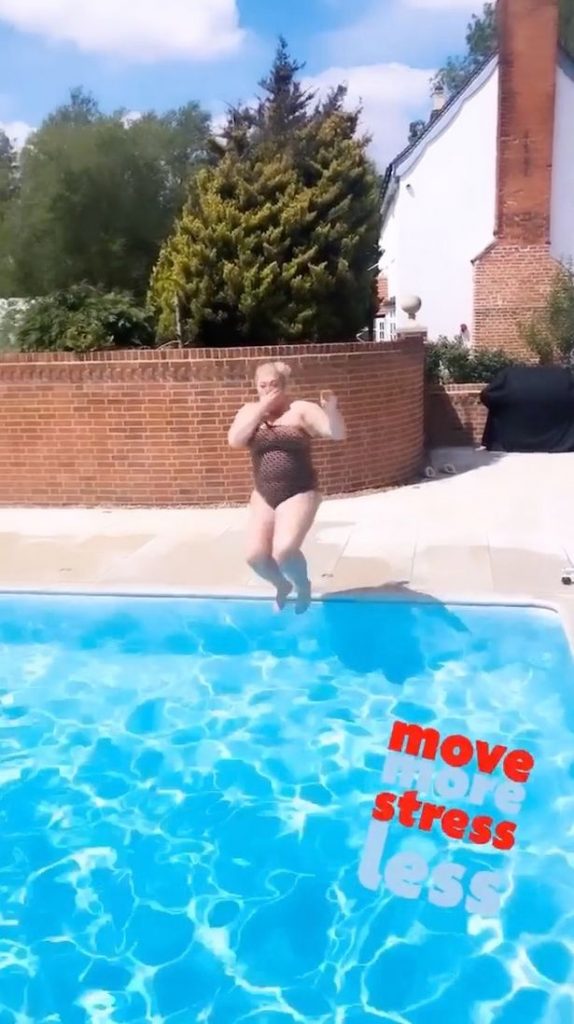 “So lets just chill and lets all have some fun. It’s all a bit much at the minute as we all feel like we’re in limbo.

“We just don’t know whether we’re coming or going at the minute so lets all just have some fun” the TV star added.

Gemma’s glamorous day at the pool comes after she’s discovered a new sense of self-confidence after shedding three stone.

She has shared that after years of concealing her curves in kaftans and swimsuits, she is now happy to flaunt her slimmer shape in skimpy bikinis. 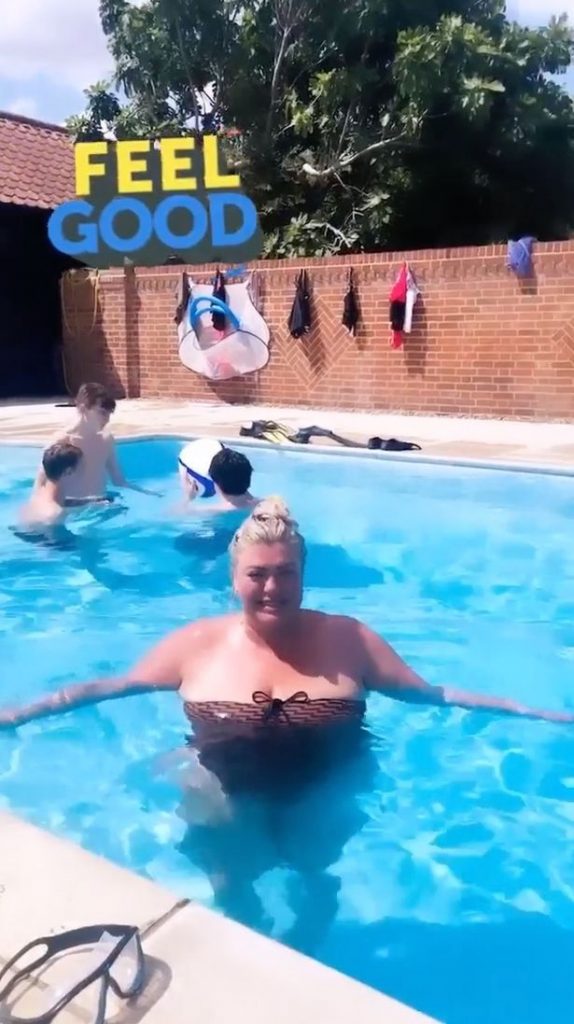 Gem recently jetted away to Tenerife after lockdown measures eased and has revealed that she felt “more confident” than ever during the beach break.

“It’s no secret that I had skinny jabs in lockdown. But now things are easing and we can travel again, it’s nice to be able to travel feeling more confident,” she told MailOnline.

While her self-confidence has soared over the last number of months, it hasn’t been an easy time for Gemma in the love department. 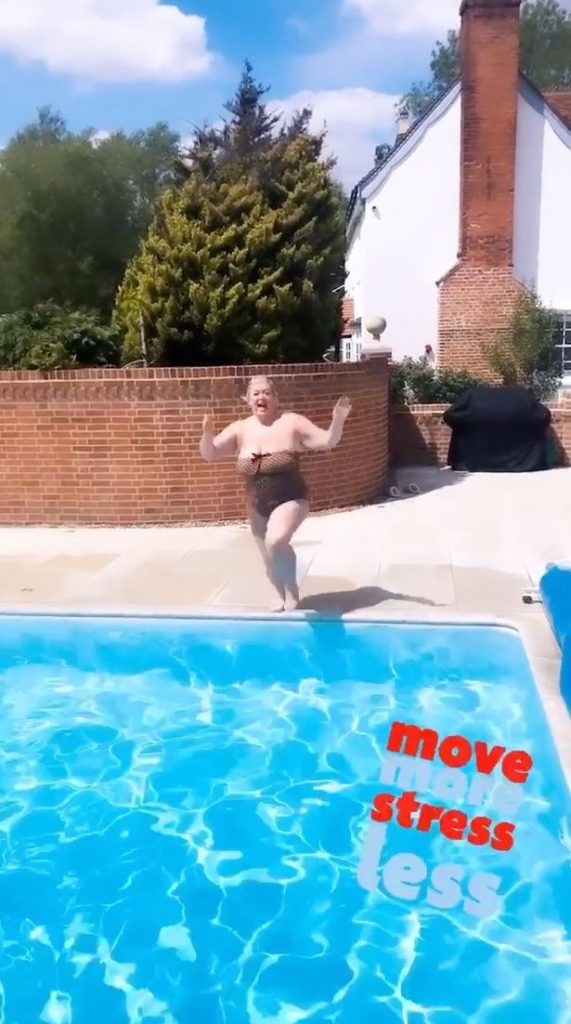 Last week Gemma publicly shamed her ex James Argent after he sent her a number of abusive texts.

The Reality TV star shared a collection of savage messages to her Instagram account that her ex James is believed to have sent her prior to their latest breakup.

After confirming their split, Gemma then explained to fans that she needed to take some time off social media to heal from the heartbreak.

The brutal exchange came shortly after it was revealed that Arg had allegedly asked Gemma for an ‘open relationship’.