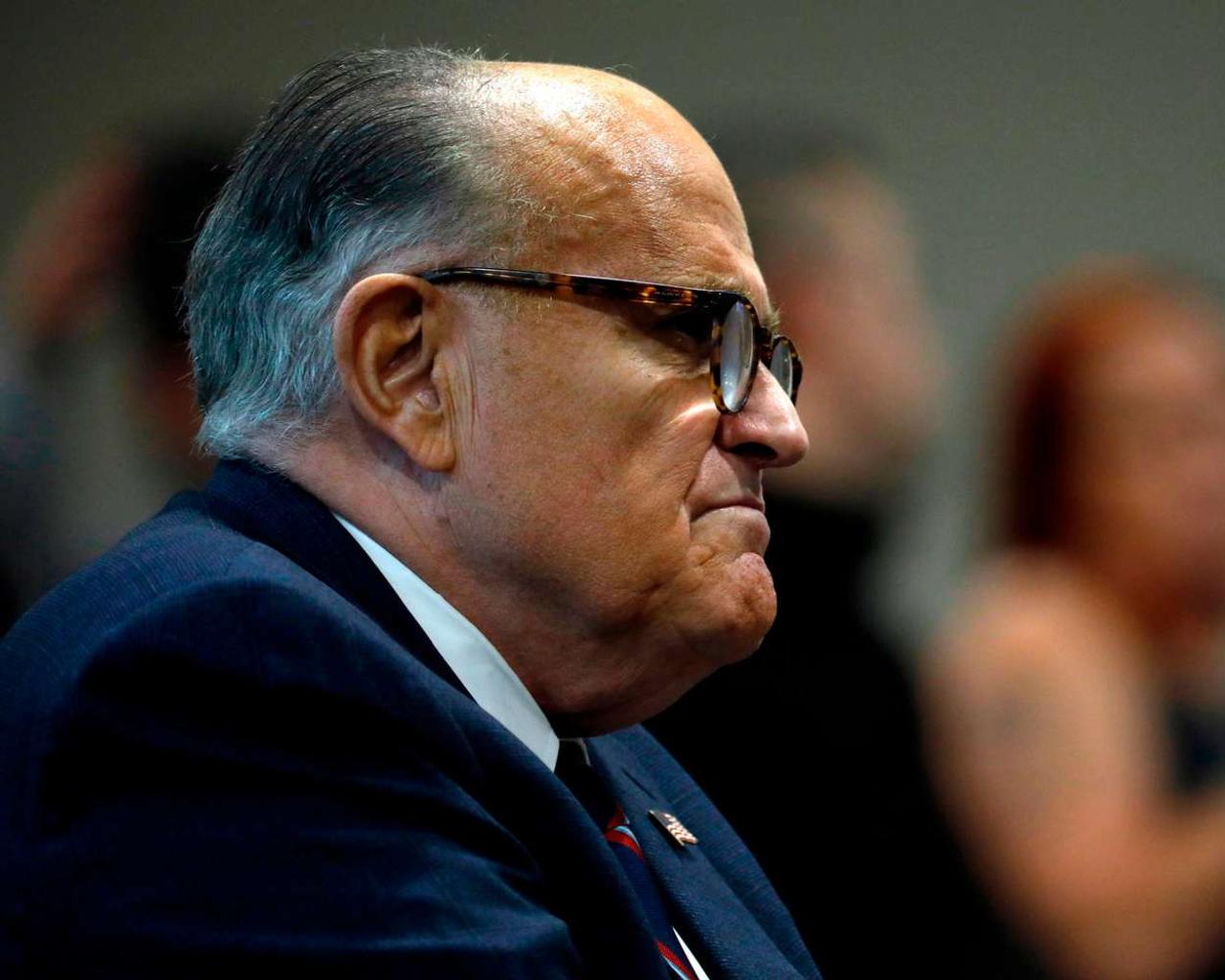 Rudy Giuliani was given a so-called “defensive“ briefing by the FBI in 2019 in which agents warned him he was being targeted by a Russian intelligence influence operation as he sought to gather opposition research on the Biden family, according to a source familiar with the matter.

The Washington Post first reported that Giuliani, personal lawyer to former President Trump, had received such a briefing. Sen. Ron Johnson, R-Wisc., has publicly confirmed the Post reporting that he, too, got a similar briefing.

The Post cited current and former officials familiar with the matter, all of whom requested anonymity.

The briefings were given by the FBI’s counterintelligence division after U.S. intelligence agencies learned Russian spies were targeting Americans as part of a campaign designed to discredit Joe Biden and help Donald Trump win the 2020 presidential election, the source said.

The source said the briefing was unconnected to an ongoing federal criminal investigation of Giuliani.

Giuliani’s lawyer, Robert Costello, told NBC News there was no such briefing. “The story is totally false according to Mayor Giuliani,” said Costello. “The event described never happened.”

The fact that Giuliani received such a briefing could loom large in any criminal case against Giuliani, because it shows he was warned about his dealings with foreigners. The U.S. government later made the warnings even more explicit, releasing a public statement last year saying that one of the people Giuliani had been dealing with, Ukrainian parliamentarian Andrii Derkach, is a Russian intelligence asset.

“Derkach, a Member of the Ukrainian Parliament, has been an active Russian agent for over a decade, maintaining close connections with the Russian Intelligence Services,” said a September Treasury Department announcement sanctioning him. “Derkach has directly or indirectly engaged in, sponsored, concealed, or otherwise been complicit in foreign interference in an attempt to undermine the upcoming 2020 U.S. presidential election.”

After the FBI “defensive” briefing in late 2019, according to the Post, Giuliani went to Ukraine and met with Derkach. He later said he had no idea he was dealing with someone linked to Russian intelligence.

« The US Department of Defense canceled projects related to Trump's border wall.