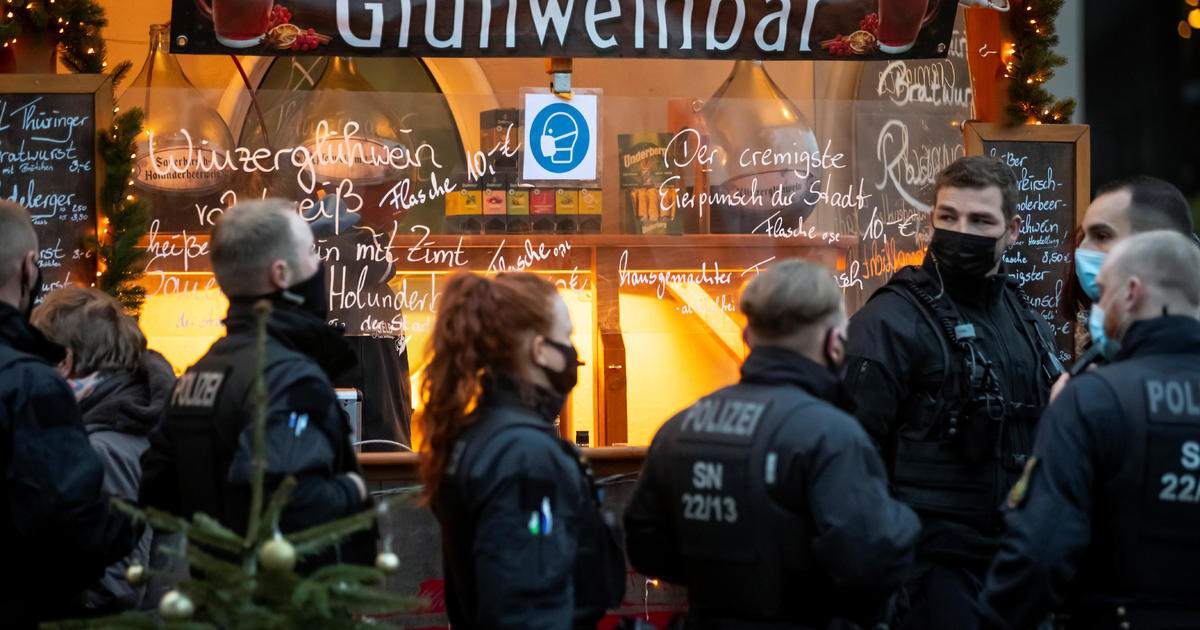 Most stores shut, tight limits on social contacts, no singing in church and a ban on fireworks sales: Germany is ratcheting up its pandemic restrictions in an effort to cut the stubbornly high rate of coronavirus infections.

Chancellor Angela Merkel said she and the governors of Germany’s 16 states agreed Sunday to step up the country’s lockdown measures beginning Wednesday and lasting until January 10 to stop the country’s exponential rise of COVID-19 cases.

“We are forced to act and we’re acting,” Merkel told reporters in Berlin, noting that existing restrictions imposed in November had failed to significantly reduce the number of new infections.

Starting Wednesday, schools nationwide will be closed or switch to home schooling; most non-food stores will be shuttered, as will businesses such as hairdressers that have so far been allowed to remain open. Restaurant takeout will still be permitted, but no eating or drinking can take place on site.

With the exception of Christmas, the number of people allowed to meet indoors will remain restricted to five, not including children under 14.

The sale of fireworks traditionally used to celebrate New Year’s will also be banned, as will public outdoor gatherings on New Year’s Eve.

Bavaria’s governor, Markus Soeder, said the ban on fireworks followed appeals from hospitals, which said they wouldn’t be able to treat the large number of serious injuries that result every year from mishandled explosives.

“We need to be careful that Germany doesn’t become the problem child of Europe,” he said.

Germany has set new records in the number of confirmed cases and deaths in recent weeks. Overall it has had about 22,000 virus deaths, a toll that is one-third that of Italy and Britain.

Employers will be asked to let staff work from home, where possible, for the next month.

Religious services will be permitted, provided minimum distancing rules are in place and masks are worn, although singing will be banned.

Staff in nursing homes will be required to take COVID-19 tests several times a week and visitors to the homes will have to provide a negative test result before being able to see relatives..

The German Hospital Federation welcomed the new measures, but called it “difficult to comprehend” why the European Medicines Agency had not yet approved the first coronavirus vaccine. Britain, Canada and the United States have already approved the Pfizer-BioNTech vaccine, and the U.K. began vaccinations last week.

Hospitals in the hard-hit eastern region around Dresden have appealed for people to responsibly follow social distancing and mask-wearing, saying medical facilities were about to hit full capacity.

“Nurses and doctors are already at their physical and psychological limits,” the hospitals said in newspaper ads.

Three counties in Saxony, where Dresden is located, have reported rates of infection more than 10 times as high as the government’s target. The state has been a hotbed of protests against coronavirus restrictions.