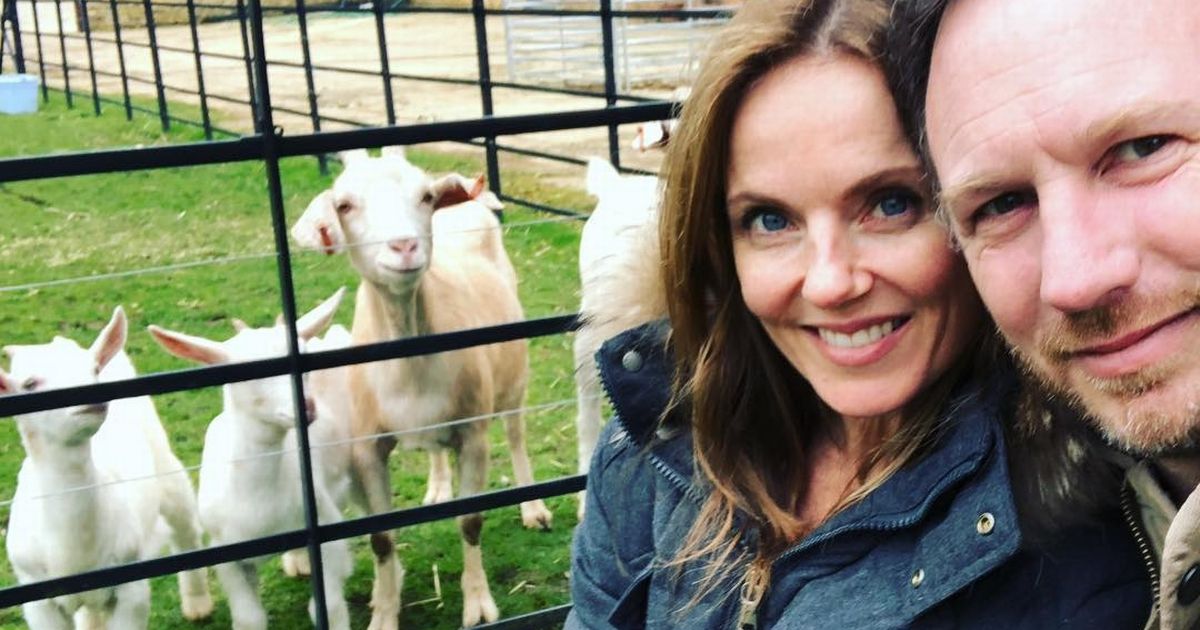 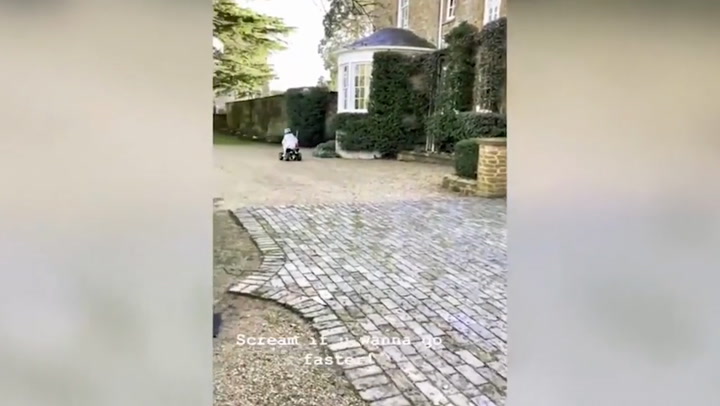 Geri Horner shows off her lavish country estate in 2021

Geri Horner has enjoyed huge worldwide fame after the singer joined the Spice Girl s in 1994.

After announcing her decision to leave the band in 1998, the singer’s future was uncertain.

Geri, who is mum to Bluebell and Montague, has gone on to become the richest Spice Girl despite her humble beginnings growing up in a council estate.

Geri and Christian have reportedly amassed a £440million fortune

And Geri and husband Christian’s palatial homes are a clear sign of the couple’s wealth.

The Oxfordshire home in Marston St Lawrence, near Banbury is lavishly kitted out with a swimming pool, boating lake, sprawling fields a space to keep farm animals.

The former singer and her Red Bull Racing boss hubby has donkeys, goats and chickens. Geri previously shared a video of herself cuddling one of the family’s chickens.

In the clip posted to her Instagram, she said: “It’s a cuddly chicken. Oh my God. Who thought chickens could be cuddly?”

While Geri enjoys spending time with her animals, she is also a fan of cooking up a storm in the kitchen, too.

The former Spice Girl’s culinary passion has led her to share snaps from inside her lavish kitchen on her Instagram page.

One photo shows the impressive AGA cooker with a black top and cream doors. Meanwhile, a large painting of a vase and flowers is hung in the splash back area.

Meanwhile, the rest of the kitchen matches the AGA cooker with cream cupboard doors and a black marble worktop.

Another snap shows Geri posing on the spacious island to show off her peach crumble. Like the rest of the worktops in the kitchen, the island boasts black marble, too.

The vast kitchen can be seen in another photo, this time of Christian cuddling their adorable son. The rustic space is finished off with a gorgeous stone floor.

Neutral tones and rustic features appear to be a common theme throughout the stunning property as the dining room is complete with a wooden table, grey plush chairs, a light grey rug and light grey sofas.

Meanwhile, the huge windows are frame with burnt orange drapes to offer a pop of colour.

The room is used for a number of activities as in a video, Geri is seen showing off her sewing machine skills while sat at a desk in front of two huge windows.

Another dining room, however, is a stark contrast as it boasts sage green walls, a wooden side table and dinging chairs.

A vintage gramophone can be seen placed on the large sideboard, while hanging above is a painting of The Last Supper.

Geri enjoys showing off her cooking skills in the kitchen

The second dining room is clearly a happy space for the family as Geri and her son are seen smiling together in one image of the room.

Revamping their Oxfordshire home was something Christian very much enjoyed as he told Luxury London in 2019: “Restoring the farm has been my hobby – the way I put racing out of my mind. The main house is finished but now the barns are being converted. We’re currently putting the finishing touches to an indoor swimming pool.”

The Oxfordshire estate has plenty of space for fruit picking in their gardens, too as Geri posted a snap of herself picking raspberries with Montague, who is enjoying eating them in the image.

The abstract wallpaper on the bedroom wall is very eye-catching

After a busy day of fruit picking and cooking with the family, Geri and Christian can relax in their bedroom, which boasts a large bed with white sheets and a grey throw and pillows.

The black, green, pink and yellow abstract wallpaper is the most eye-catching feature in the room while the bedside tables have round lamps resting on them.

While Geri enjoys sharing many photos from their Oxfordshire home, the family are much more private about their Hertfordshire property.