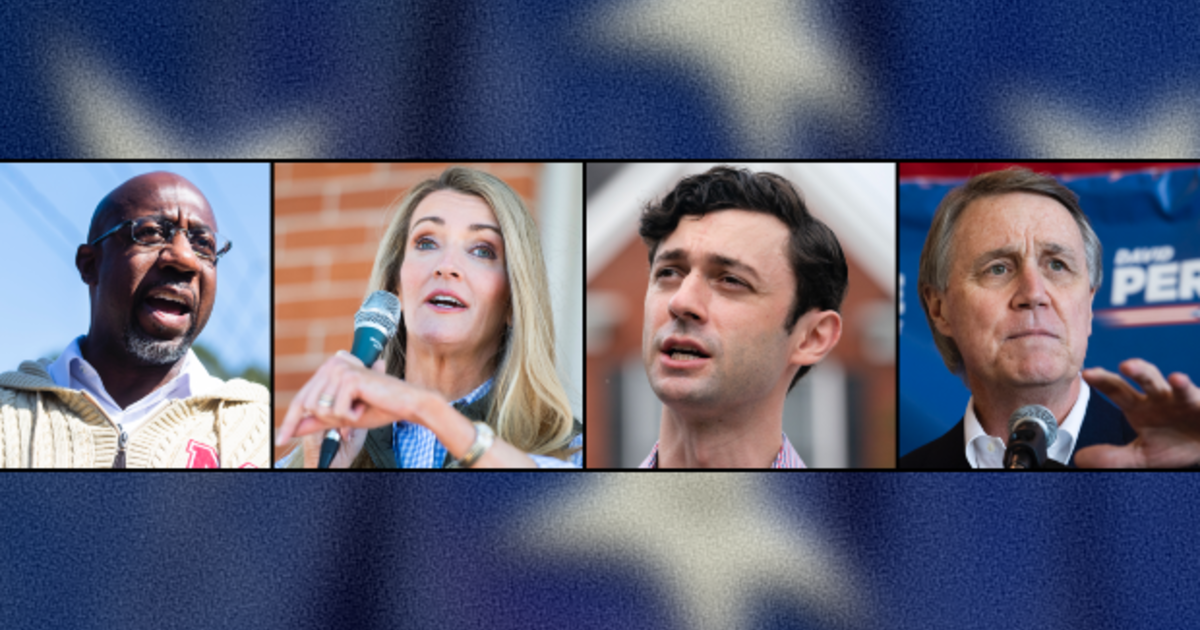 Both Democrats and Republicans are worried social media platform bans on political ads could hinder them as they try to reach voters ahead of the Georgia Senate runoffs.

Facebook and Google both banned political and social issue ads in the wake of the November election in an attempt to prevent abuse of their platforms, disinformation and confusion about the results.

On Wednesday, Facebook confirmed its post-election ban on these ads will continue amid ongoing vote counting and legal efforts in some states.

“The temporary pause for ads about politics and social issues in the US continues to be in place as part of our ongoing efforts to protect the election. Advertisers can expect this to last another month, though there may be an opportunity to resume these ads sooner,” the social network said in a statement.

Facebook’s Rob Leathern addressed Georgia specifically in a tweet Wednesday. “We know that people are disappointed that we can’t immediately enable ads for runoff elections in Georgia and elsewhere. It’s taken years to build the infrastructure that supports the Facebook Ad Library and ensure that political ads are transparent,” he wrote. “We do not have the technical ability in the short term to enable political ads by state or by advertiser, and we are also committed to giving political advertisers equal access to our tools and services.”

Google has also enforced a temporary restriction on ad content that makes reference to the election. It states advertisers can’t run ads on “candidates, the election, or its outcomes” while the policy is in place. Google did not reply to a CBS News request for comment about when the restrictions would lift.

The Georgia runoffs take place January 5, and there are important deadlines ahead of the new year. The deadline to register to vote is December 7 and early voting starts in the state on December 14. Both parties are eager to get voters registered and casting ballots.

“With just 55 days until the runoff elections in Georgia and critically important deadlines coming up for voters, Facebook and Google’s plans to extend their ban on political ads are unacceptable,” said Democratic Senatorial Campaign Committee Executive Director Scott Fairchild in a statement. “Organic disinformation is the actual problem on these platforms, and continuing to ban ads is now actively harmful to organizations working to inform Georgia’s diverse voters about the January runoffs.”

The parties disagree on just about every issue, but not this one.

“Facebook’s temporary pause on ads is a breach of First Amendment rights. The lack of transparency on when ads will resume and the timing of it could not be worse,” Jesse Hunt of the National Republican Senatorial Committee said in a statement.

Though the parties agree that political advertising should be restored, they differ on what’s wrong with the social media giants’ ad ban. GOP incumbent Senator David Perdue, who’s defending his seat against Democrat Jon Ossoff complains that “Big Tech” is censoring conservative voices.

Ossoff’s campaign, which spent more than $2.1 million heading into the general election, accuses Facebook and Google of “putting their fingers on the scale for millionaire Republican candidates while ignoring the rampant disinformation on their platforms and engaging in their own version of voter suppression.”

Heading into the general election, the two Democrats who are now getting ready for runoffs in January both invested more on Facebook than their Republican opponents.

Reverend Raphael Warnock, who challenged Senator Kelly Loeffler in Georgia’s special election, spent more than $2 million on Facebook ads leading up to November 3. The ad ban means his campaign currently has no advertisements on Facebook ahead of the runoff. Warnock’s campaign is now calling for an exemption for the runoffs to “allow candidates to communicate with voters on these platforms.”

While Republican Senate candidates did not invest as much on Facebook for political advertising, Facebook post tracking shows posts by Republicans or conservatives often are far more frequently shared naturally than those by Democrats. According to the Twitter account, Facebook’s Top 10, which tracks the top performing links posted by U.S. Facebook pages every day using CrowdTangle data, Republican and conservative accounts frequently outperform Democrats on the platform.

In just the past week alone, posts by President Trump were in the top ten shared Facebook posts 16 times, including the #1 most shared post three times. Several posts including unsupported allegations of voter fraud were shared tens of thousands of times, even as Facebook used labels directing people to information about the election. Meanwhile, posts by Fox News made it into the top ten 11 times, and posts by conservative commentator Dan Bongino were in the top ten 11 times. Other top shared posts also came from the White House, Press Secretary Kayleigh McEnany, and Newsmax.

The Georgia Senate runoffs will determine the control of the Senate, since the makeup of the Senate following Election Day consists of 50 Republicans and 48 Democrats, with the two races in Georgia the last to be decided. If Democrats win both seats, they would have the majority since Harris, as vice president, would cast the tie-breaking vote.