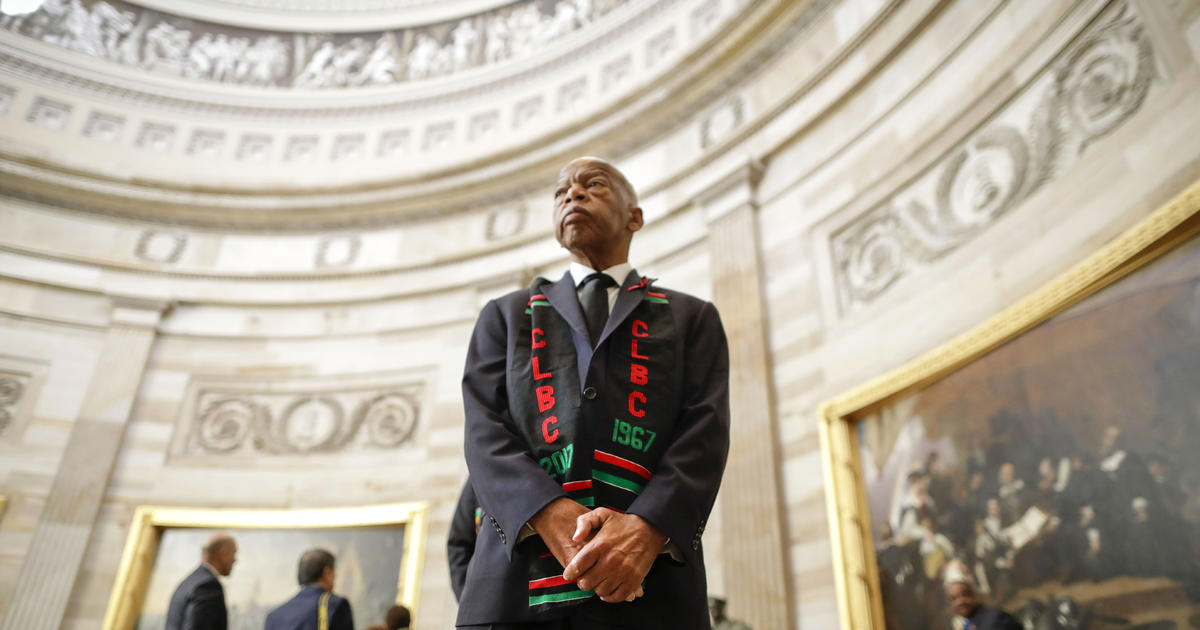 Washington — The Democratic Party of Georgia on Monday will select a nominee to replace civil rights icon and Congressman John Lewis on the ballot for the November general election following his death Friday.

The candidate will face off against Republican Angela Stanton-King to represent Georgia’s 5th Congressional District, though he or she is expected to face few hurdles to victory in November, as the district, which includes most of Atlanta, is heavily Democratic. In 2018, Lewis ran unopposed for his 17th term in Congress, and in June, he defeated Barrington Martin II with more than 87% of the vote in the Democratic primary.

Lewis represented Georgia’s 5th for more than three decades. The longtime congressman died at the age of 80 on Friday after he was diagnosed with stage 4 pancreatic cancer in December.

The Georgia Democratic Party swiftly launched its efforts to replace Lewis on the November ballot Saturday, and 131 candidates submitted applications, the party said. Those applications were evaluated by a nominating committee composed of Democratic leaders, which then recommended five people to be considered by the Georgia Democratic Party’s executive committee: Park Cannon, Andre Dickens, Robert Franklin, Nikema Williams and James “Major” Woodall.

The Democratic Party of Georgia’s 44 voting members will then select and announce the nominee from the pool of five recommended candidates.

Georgia law requires the party’s executive committee to appointment a nominee who will be on the November ballot, and Governor Brian Kemp, a Republican, will also call a special election to fill the rest of Lewis’s current term.

“As our state mourns the loss of a great Georgian, the law demands that we move quickly to elect the next representative from the 5th Congressional District,” Georgia Secretary of State Brad Raffensperger said in a statement. “Congressman Lewis played a pivotal role in our nation’s history to ensure access to the ballot box, and voters can honor his legacy by participating in our democracy as they decide who should represent them in Congress. No one can replace John Lewis, but someone must represent the interests of the 5th Congress District.”

Lewis was first elected to the U.S. House of Representatives in 1986 and became known as the “conscience of Congress” throughout his 33-year tenure. The civil rights icon joined the Freedom Riders at 21 and was the youngest — and last surviving — speaker at the March on Washington in 1963, which he helped organize.

In March 1965, Lewis led the march across the Edmund Pettus Bridge in Selma, Alabama, on a day that became known as “Bloody Sunday” after police brutally beat demonstrators. Lewis’ skull was fractured in the violence.

Tributes poured in for Lewis following news of his death Friday, with former presidents, congressional leaders and other political figures paying homage to his life and legacy fighting for civil rights.