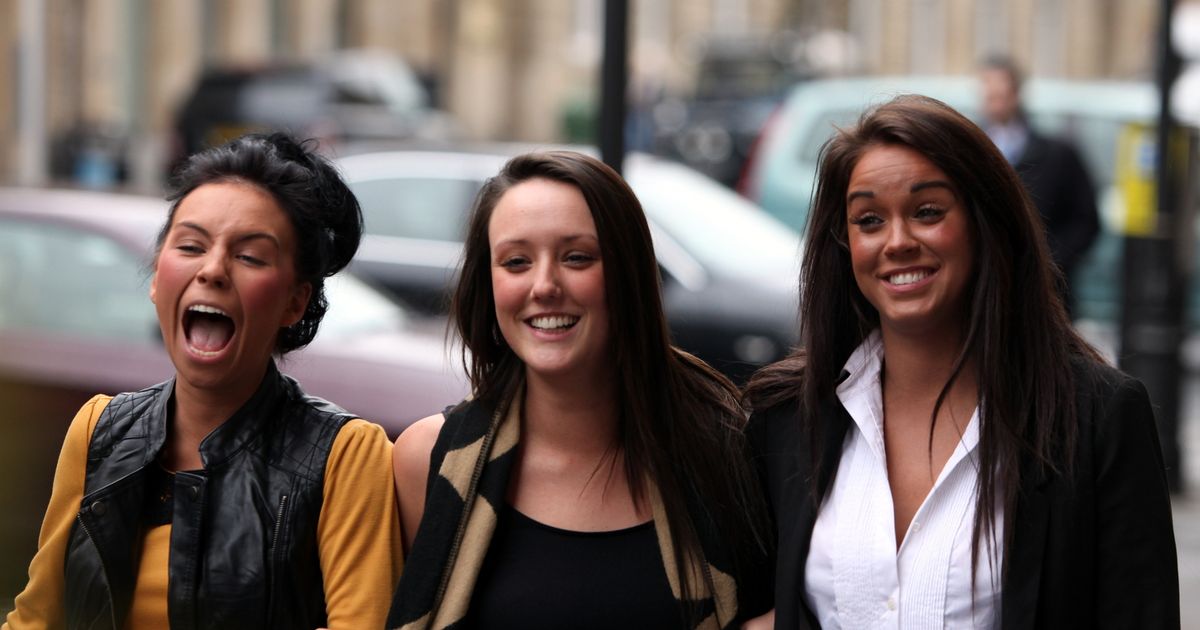 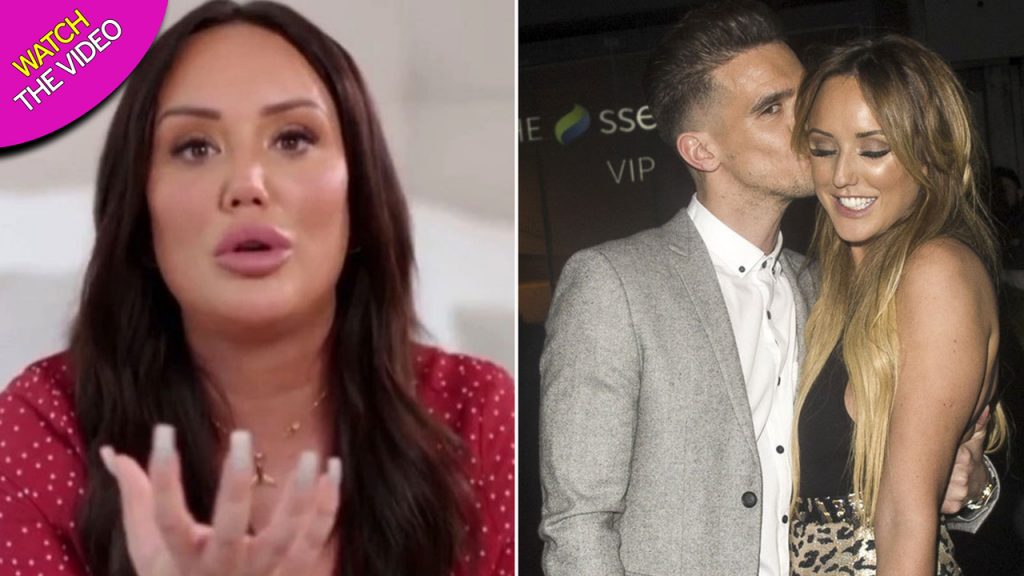 Charlotte Crosby has admitted that she has not spoken to former co-star Vicky Pattison since 2014.

The MTV personality, 30, says that she and her fellow Geordie Shore castmate have not “fallen out” but that after Vicky, 33, left the reality series and made it clear she had “no fond memories from the show” that she “second-guessed” if she wanted to “be associated” with her.

During an Instagram Q and A, reality favourite Charlotte was quizzed by a fan on if she and Vicky – who both began their TV careers in 2011 on the wild Newcastle based series – were in touch.

Charlotte replied by penning: “I wouldn’t exactly say we arnt friends. Because non of us fell out. It’s one of those things where she left the show and went on her own path.” [sic] 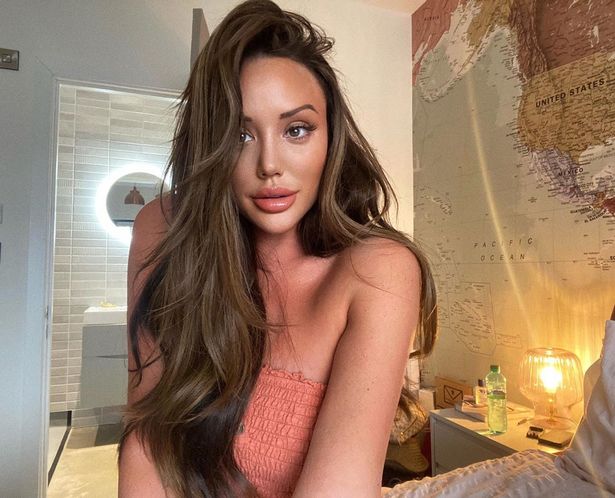 She continued: “She didn’t really stay in touch with any of us. But equally we probs didn’t stay in touch either. Nobodies fault really. But she made no secret that she has no fond memories from the show.

“And didn’t really have many nice things to say about it on departure. Which I think made us kinda second guess if she even wanted to be associated with us.”

She added: “I think there may be the odd message sent between the other girls. But not with me no. No hard feelings however and wish the best for her.” 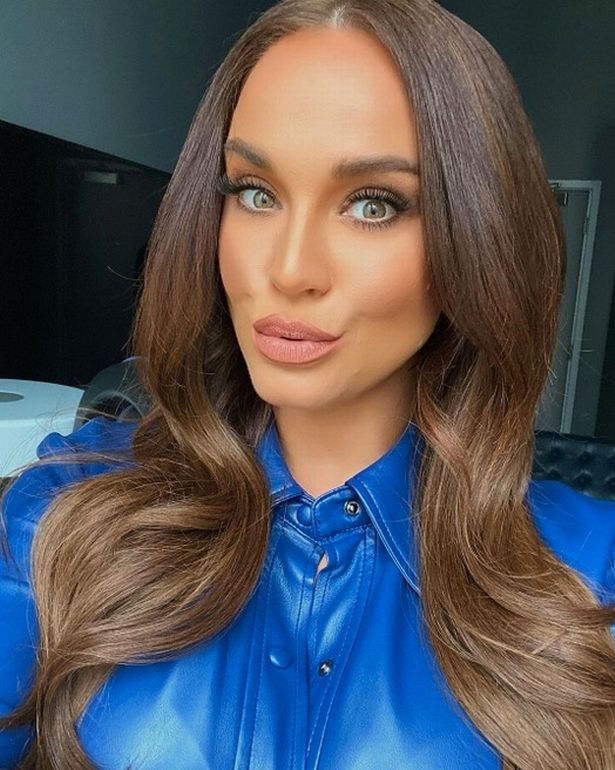 Vicky recently shared that she’s spent the last decade trying to “desperately reverse” people’s perception of her following her time on Geordie Shore but added that she is not too fussed anymore.

Speaking to OK! magazine, Vicky revealed: “I made mistakes when I was new to the industry, compromising a lot of myself and my strength of character to be what I thought I needed to be to get on. 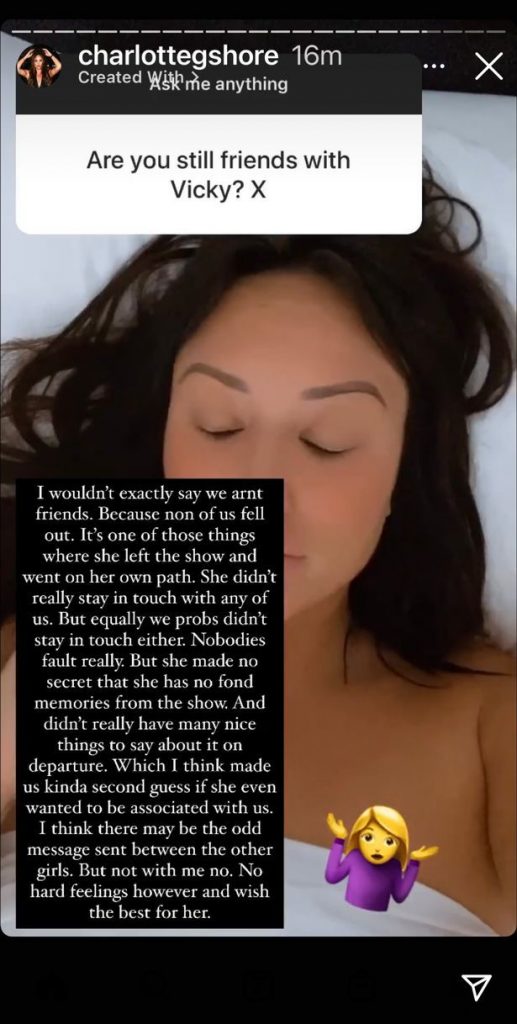 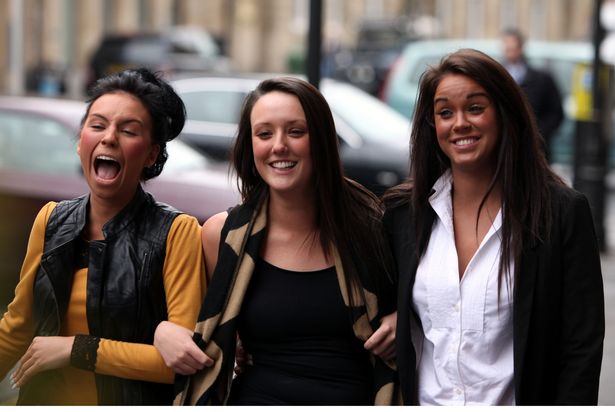 “I’ve spent the past 10 years trying desperately to reverse certain things I did and show people the real me, but I’m not going to apologise anymore.”

She added: “I’m really proud of the woman I’m becoming and if people can’t let go of that image of who I used to be then that’s on them.” 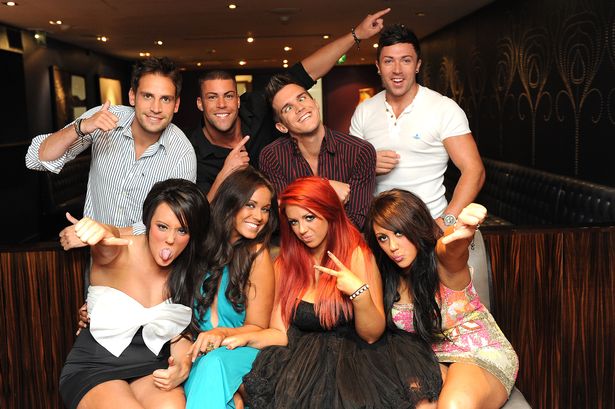 Vicky previously said she regrets having sex on TV and that she felt pressured into it.

Speaking on Fleur East’s podcast The Reality of Reality TV, Vicky opened up about the past and how she would do things differently this time around.

She said: “When you are so immersed in something, lines just get blurred and you lose a sense of yourself. (On Geordie Shore) I became me but a caricature of myself.”

She went on: “Lost in trying to be what I thought everyone wanted us to be: this really outrageous person. I wish I’d never had sex on the telly, like, I absolutely wish.

Barack Obama on America past and present »