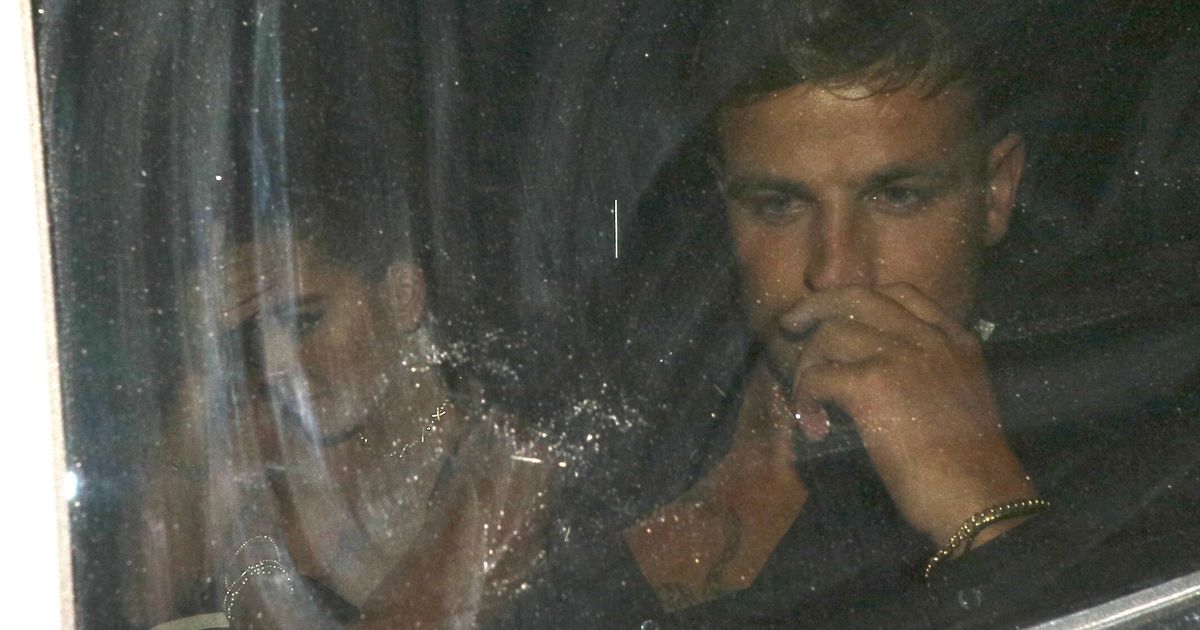 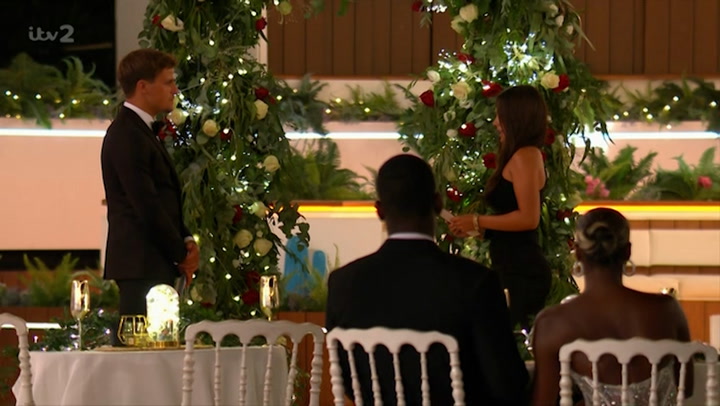 The pair were snapped together in the back of a car leaving Elmstree Studios in a mood that appeared to be in stark contrast to that in which 19-year-old Gemma posted to her Instagram story just hours earlier.

Fishmonger Luca looked like he had his mind on something pressing as he gazed with his hand over his mouth.

Gemma, meanwhile, the daughter of former Liverpool and England footballer Michael Owen sat next to him looking equally as serious with her hand across her forehead.

The couple, who missed out on the £50K prize to winners Davide Sanclimenti and Ekin-Su Cülcüloğlu on Monday, both looked glam in black as they made their way over to ITV earlier in the evening.

“How good does she look with her hair up like that?” asked Luca on Gemma’s Instagram story, before she smirked as she posed for the camera.

Prior to that, Gemma, in good spirits, had invited her 1.6 million followers to vote on her story how she should wear her hair.

The pair appeared to put on a united front

Gemma and Luca were joined at the party by the majority of their Love Island co-stars, as well as host Laura Whitmore and her voiceover partner Iain Stirling.

Laura, 37, looked glowing as she was snapped leaving the party in a beautiful navy dress, alongside the much more casual Ian – dressed in a black NASA hoodie and glasses.

Laura and Iain pair have been an item for five years after meeting at an ITV party themselves.

Elsewhere Paige Thorne and partner Adam Collard – who just missed out on the final after being dumped from the villa the night before – looked happy as they made their way to an afterparty.

Fitness coach Adam, 27, looked smart but casual as he smiled for the camera in a plain white t-shirt with a chain, while paramedic Paige, 24, looked away in low cut black ensemble.

Dogged by talks of a split on the cards, the duo appeared to put those rumours firmly to bed as they held hands in the back of their vehicle – driven by fellow contestant Antigoni Buxton, who seemingly held a late-night shindig of her own.

Singer Antigoni, 26, waved to the camera from the driver’s seat as she flaunted her trademark curly blonde locks.

The bombshell, also dressed in white, glammed it up with golden eyeshadow and perfect black-winged eyeliner.

Other partygoers included Liam Llewllyn, who voluntarily walked from the villa after just four days of week one citing paranoia about being filmed for 24 hours a day and his inability to relax.

The 22-year-old student was pictured with co-stars Jay Younger and Ikenna Ekwonna, meanwhile.

Next up to be snapped were Casa Amor quartet Billy Brown, Chyna Mills, Josh Le Grove and Summer Botwe, who all shared a ride home together.

Since being booted from the show incidentally, Josh and Summer have become an item.

Two more Casa Amor bombshells in Cheyanne Kerr and Coco Lodge were pictured leaving together as they appeared all smiles.

Amongst the other revellers was Jack Keating, son of Boyzone star Ronan, who cut a more sophisticated figure in a black jacket and grey trousers – and Danica Taylor who left the party engrossed in her phone.

Molly Salmon and Jazmine Nichol – who entered Casa Amor with Cheyanne and Coco – were also pictured together as they headed out to continue partying with Danika, Jack, Billy and Ikenna.

The 2022 Love Island reunion episode is set to air on Sunday, August 7 on ITV2.