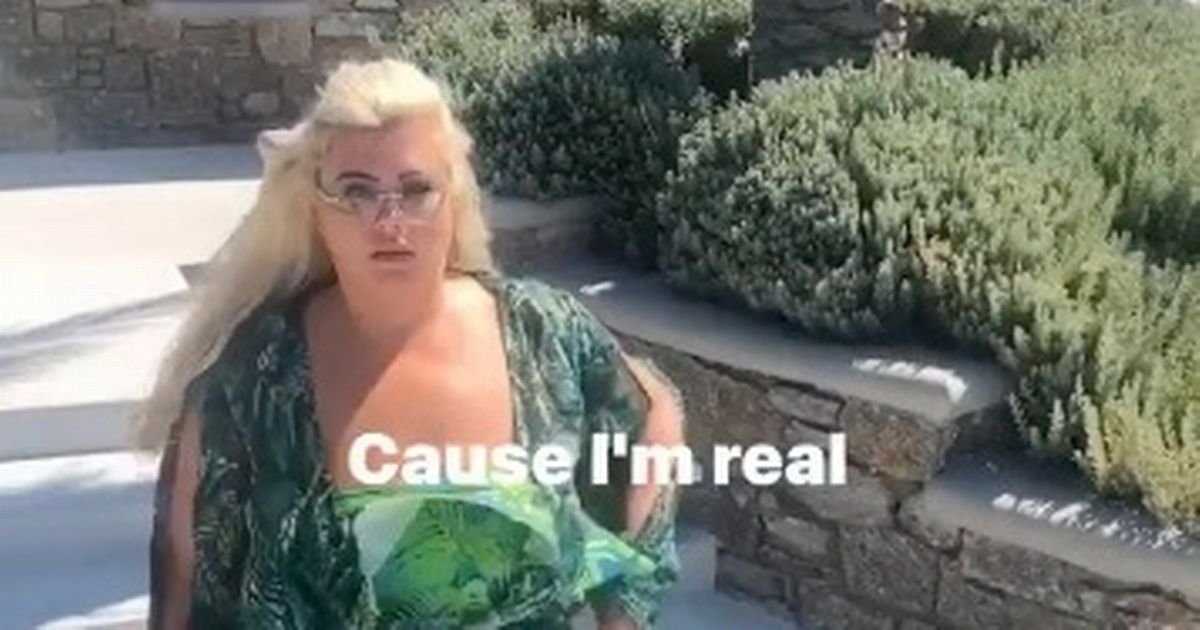 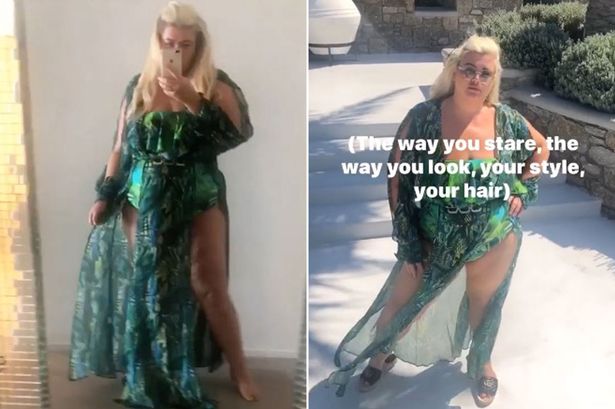 Gemma Collins is currently living her best life while on holiday in Greece, and she hasn’t been afraid to show off her banging new body.

The former TOWIE star has dropped a whopping three stone over the past couple of months and there’s no denying that she has truly been embracing her newfound figure.

The 39-year-old reality TV siren has been putting her curves and slimmed down physique on full display while enjoying some rest and relaxation on the sun-filled getaway.

Taking to Instagram on Sunday, her latest offering was no exception.

Blonde bombshell Gemma looked the picture of glamour as she posed up a storm in a striking swimwear set for a sexy mirror selfie. 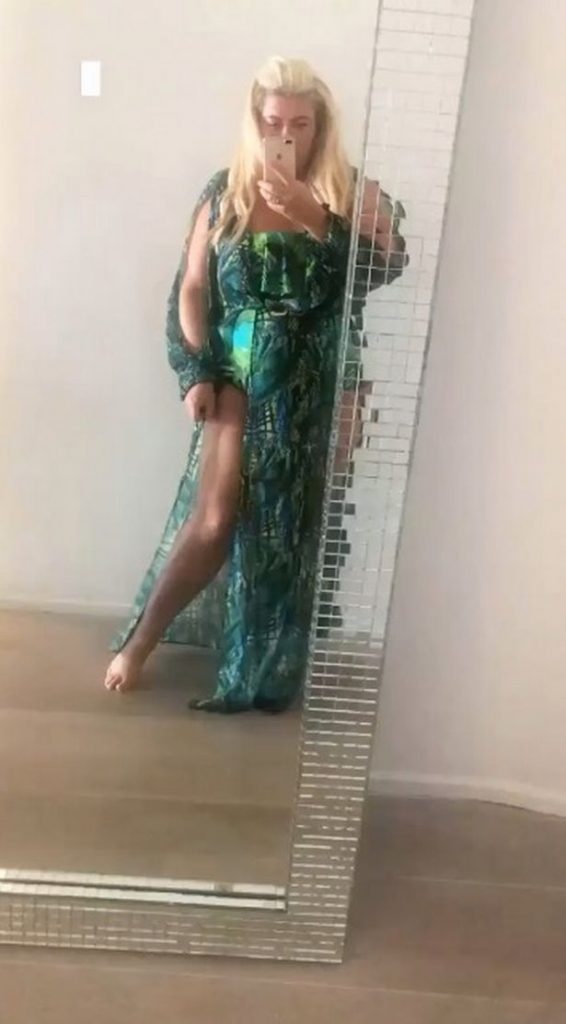 Gemma oozed confidence as she sauntered around her lavish villa in a tropical patterned swimsuit and matching jacket.

The self-confessed diva looked sensational in the billowing emerald green ensemble which hugged her slimmed down figure perfectly.

Posing in front of a large mirror, Gemma swayed side to side to allow her flowing swimwear to demand attention in the gorgeous post.

She then uploaded a bold video of herself strutting her stuff while walking out the front door of her swanky villa. 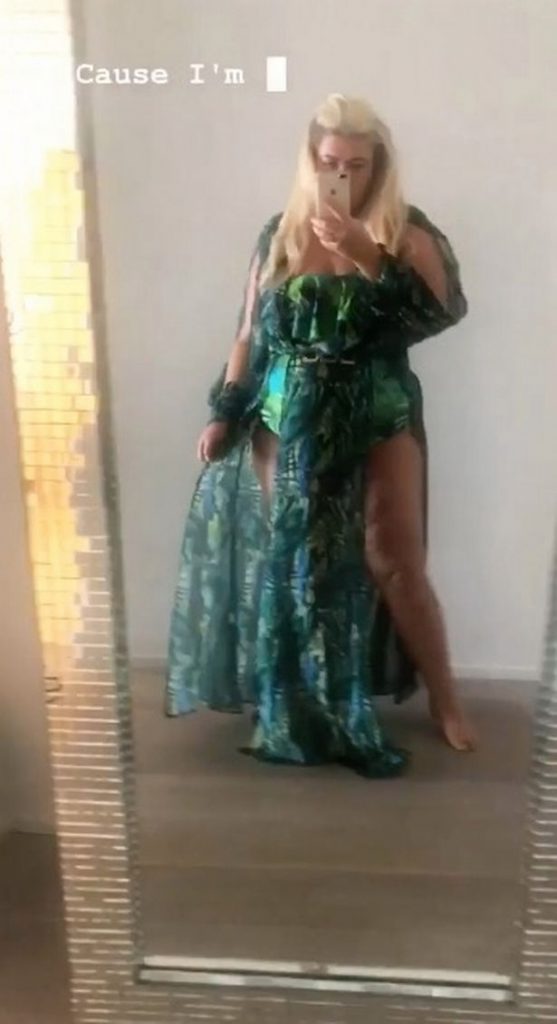 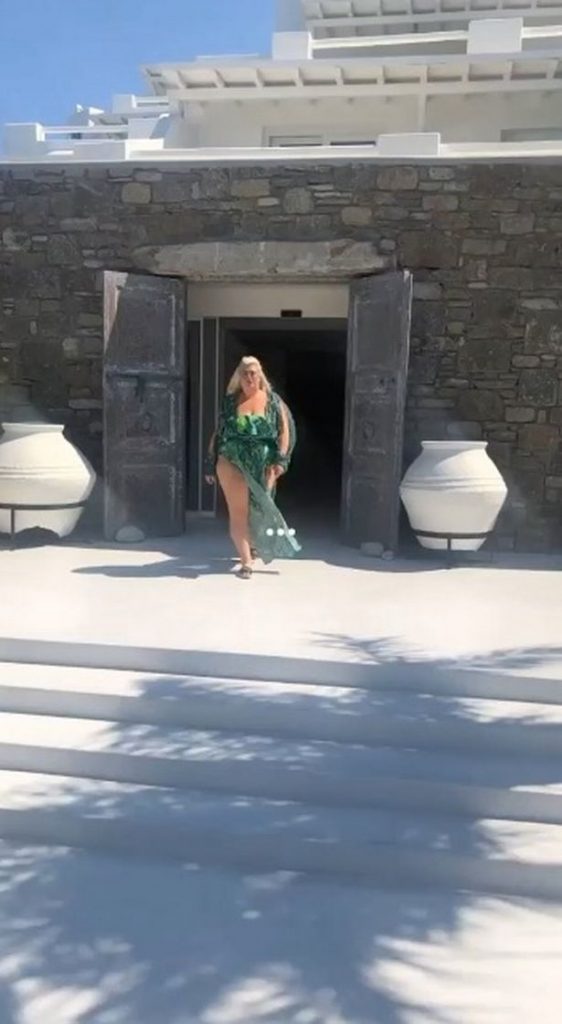 She shook her hips from side-to-side as she paraded down the steps as if she were modelling on a catwalk.

She finished off the sassy clip by treating her adoring fans to a quick twirl.

Gemma jetted off on holiday this week and spent the start of the trip relaxing on the island of Mykonos before returning to the main land for a jaunt to Athens.

Despite enjoying a sun-soaked break, Gemma has refused to give up her healthy regime and was pictured continuing her work outs during the trip. 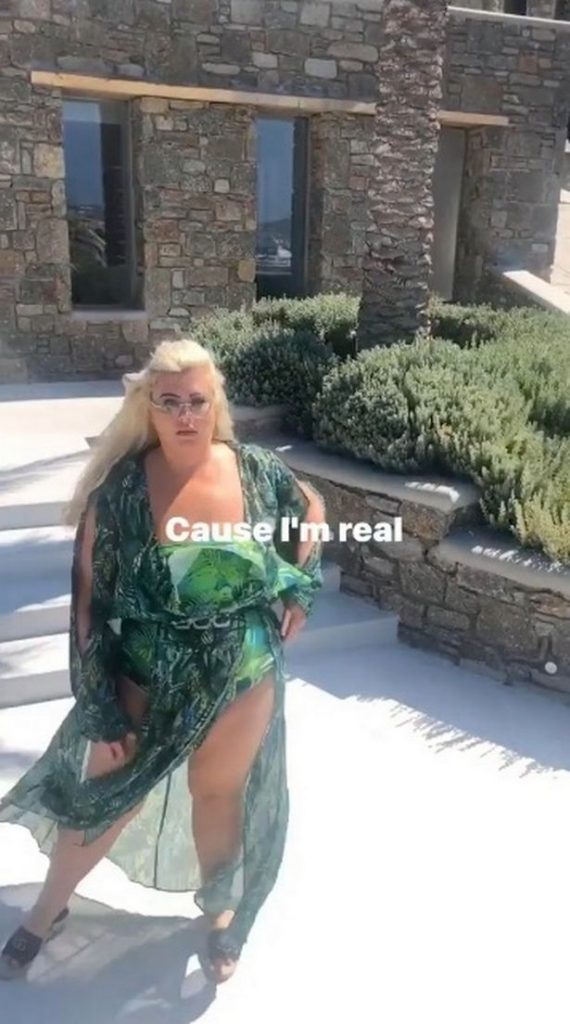 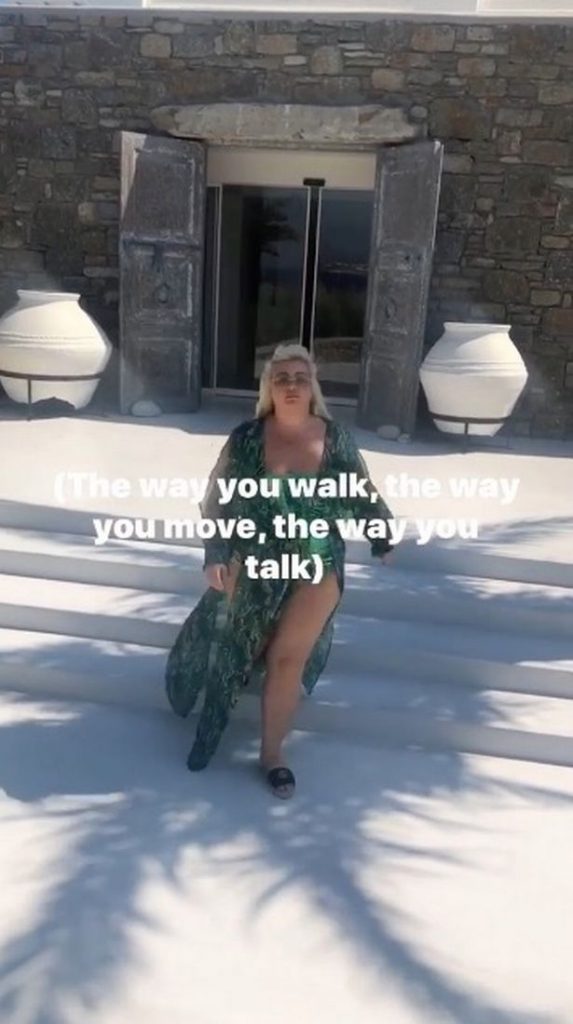 The holiday is a much-needed break for Gemma following a tumultuous few weeks.

The telly favourite split from her on/off boyfriend James Argent last month and she shared a string of cruel texts from him in which he called her a “hippo” and a “fat f**k”. 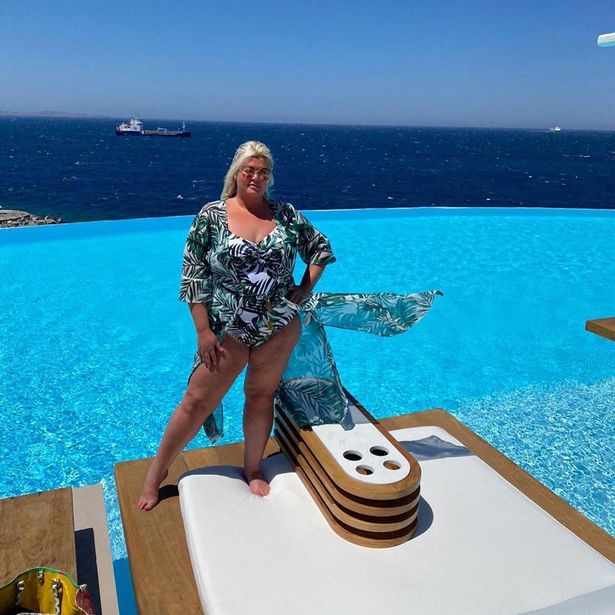 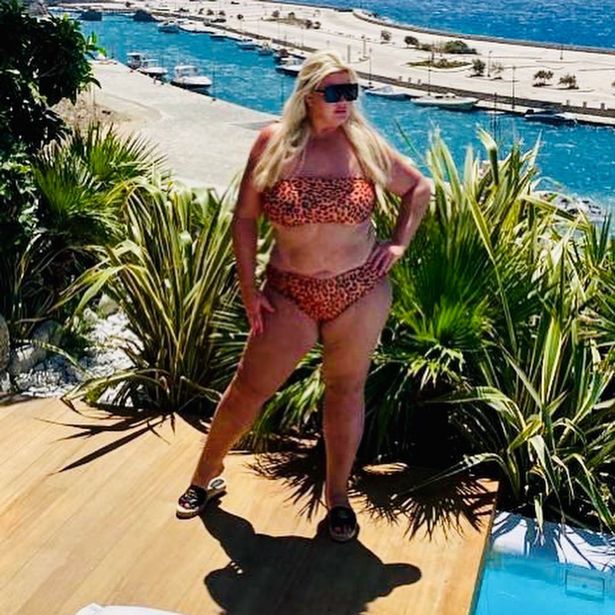 “You are supposed to be treating me you hippo,” Arg then snapped before adding: “YOU FAT F**K. IVE JUST LOST ANOTHER 2000.” He also sent two emojis of pigs.

After ending her relationship with Arg, Gemma is determined to slim down to her goal of a size 16 to finally show her on-off love what he is missing.

While Gemma is sunning herself in Greece, Arg has taken him off to Spain for the summer.

The Only Way Is EssexGemma Collins