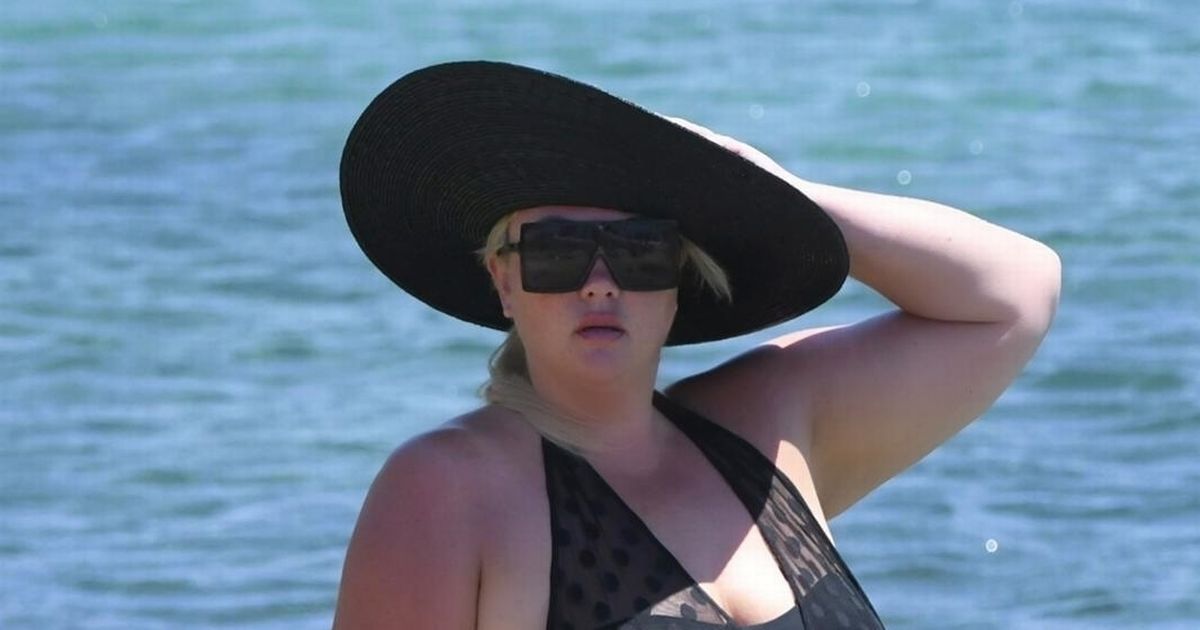 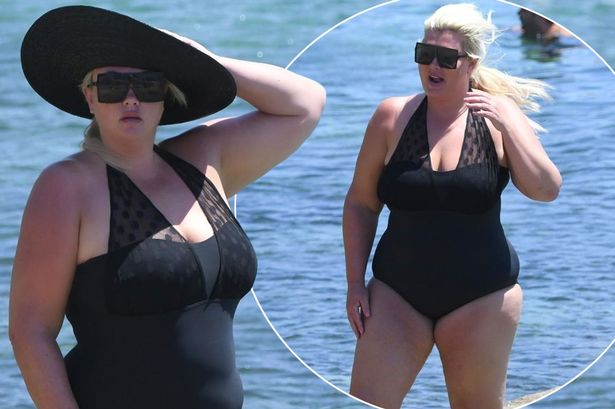 Gemma Collins has been living her best life while on holiday in stunning Mykonos, and she hasn’t shied away from showing off her slimmed down frame.

The former TOWIE star, 39, has dropped a whopping three stone since lockdown began back in March, and it appears that she’s continuing to shed the pounds as she was snapped parading her cinched waist in a sexy plunging swimsuit as she visited a beach on the island on Monday.

The GC oozed confidence as she strutted her stuff on the sandy shore alongside former TOWIE star Charlie King.

Blonde beauty Gemma flaunted her killer curves in the figure-hugging swimwear which did wonders to accentuate her stunning new figure. 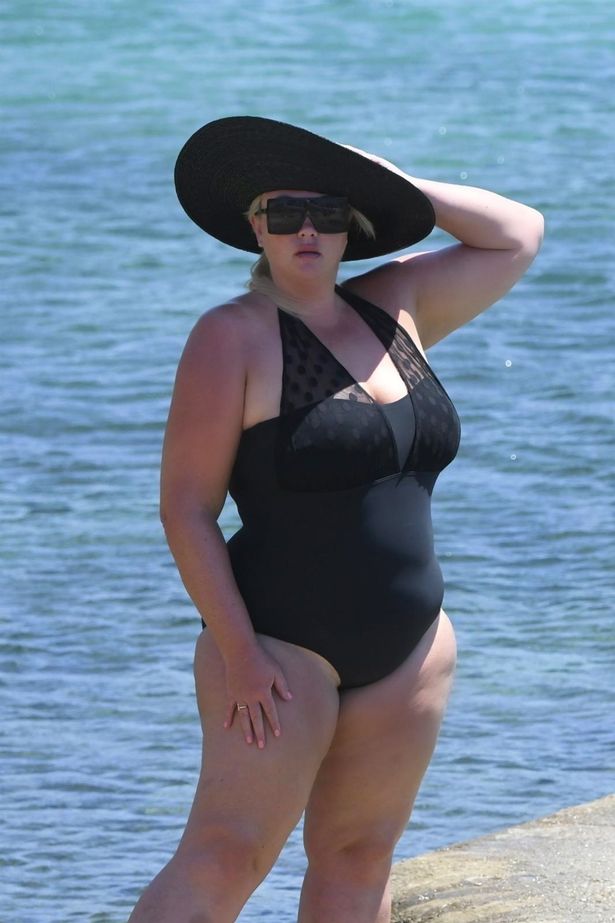 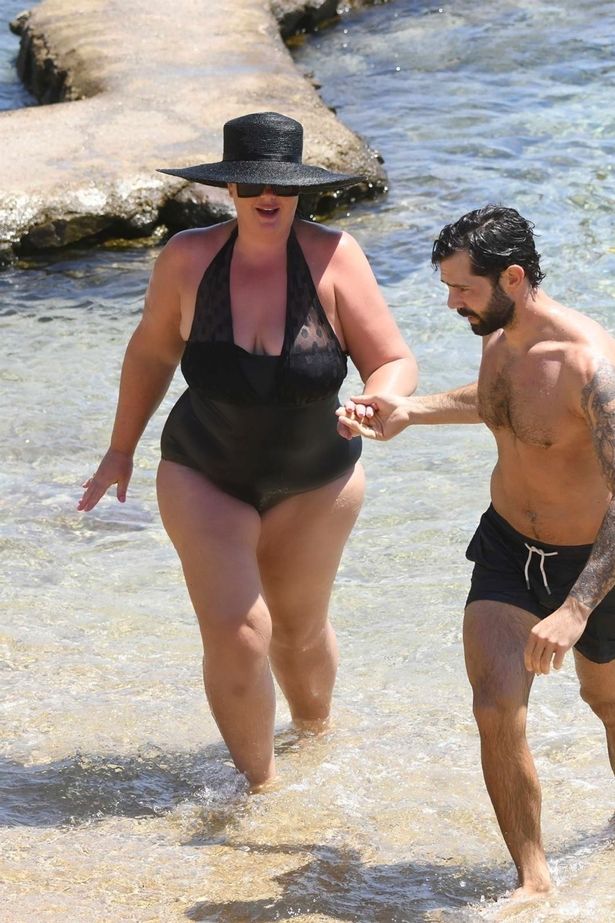 The plunging neckline on the classy one piece emphasised her ample assets while the halterneck style highlighted her hourglass physique to no end.

Self-confessed diva Gemma added a extra touch of sass to her seaside ensemble by pairing it with an oversized floppy hat and sunglasses.

The much loved reality TV siren slicked her golden locks in a low ponytail which cascaded down past her sun-kissed shoulders. 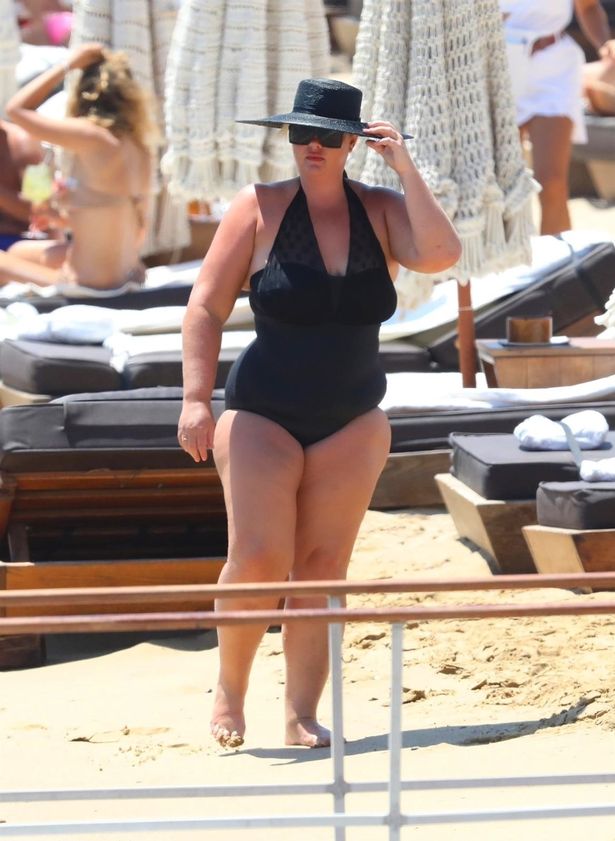 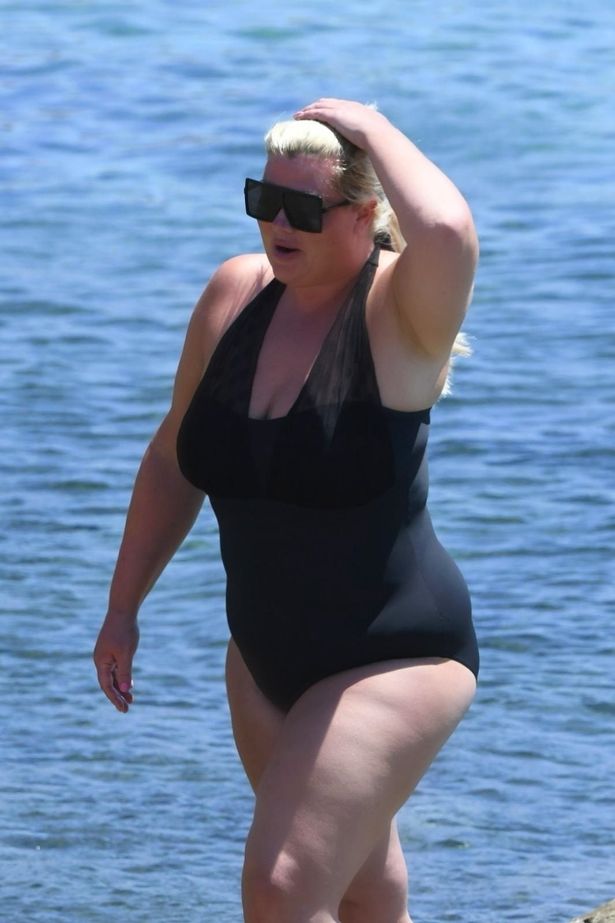 After testing the temperature of the glistening tropical water, Gemma finally decided to take a dip alongside her pal.

The fashionista chose not to ditch her vintage-styled hat and instead, treaded the water while wearing the glamorous garment.

Gemma has had a huge boost in self-esteem as a result of her changing shape following her most recent split from James ‘Arg’ Argent – when he branded her a “hippo”. 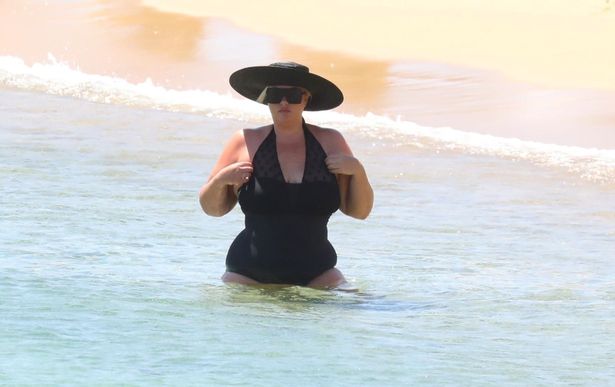 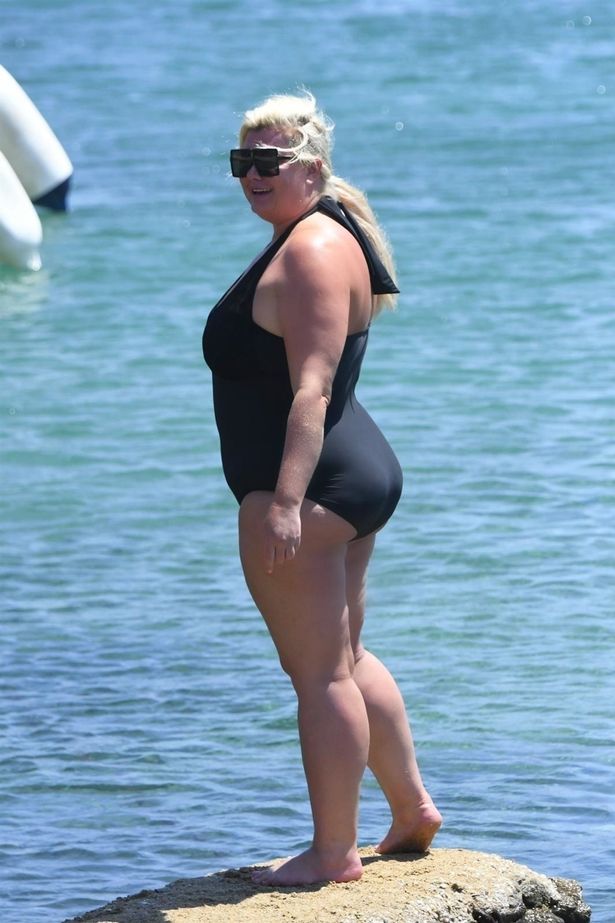 Gemma has since declared to pals that she’s determined to slim down to her goal weight of size 16.

An insider told Closer : “In the past, every time Gemma was left heartbroken by Arg, she masked her pain with food and went into self-destruction mode, which she is determined not to do this time around. 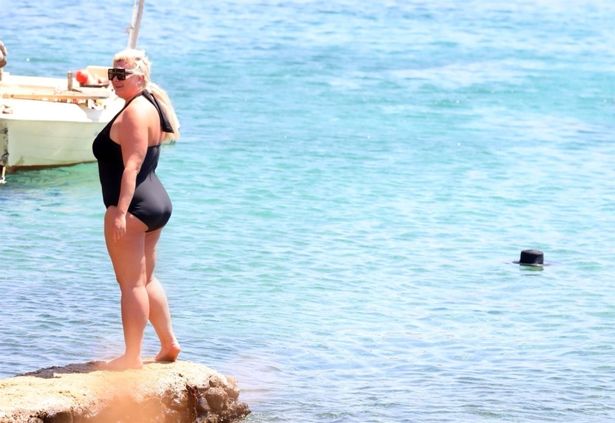 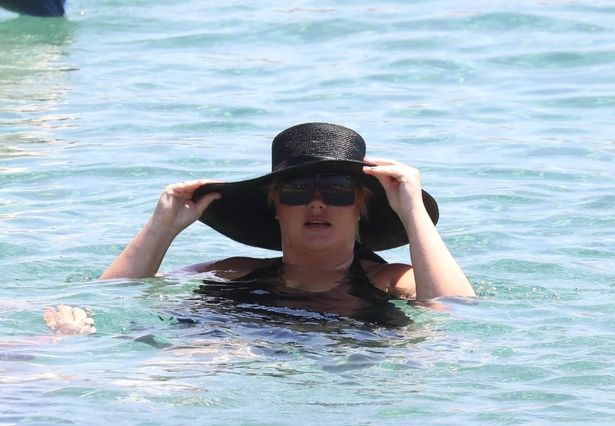 “She is insisting that she will not let him ruin her physically as well as mentally, and if anything, their split has made her more determined than ever to reach her size 16 goal and prove to herself and to him that she is better and stronger without him.”

They added: “Body-wise, she is feeling more confident than ever. She wants Arg to kick himself and feel sorry about what he has done when he sees her.” 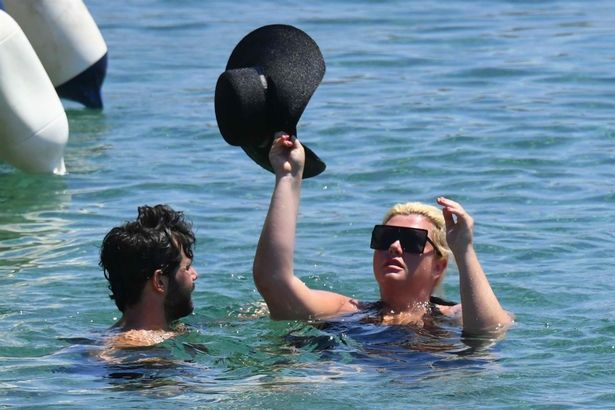 Gemma recently admitted that she’s planning on having a breast reduction once she reaches her goal weight.

She told The Sun : “I can’t wait to get rid of these boobs, they’re massive and look ridiculous. I have never looked better than I do now and I’ve never felt so good.

“My boobs are all natural. I never have wanted surgery. But as my body is getting smaller, I feel like I am falling over on top and I just want them gone.”