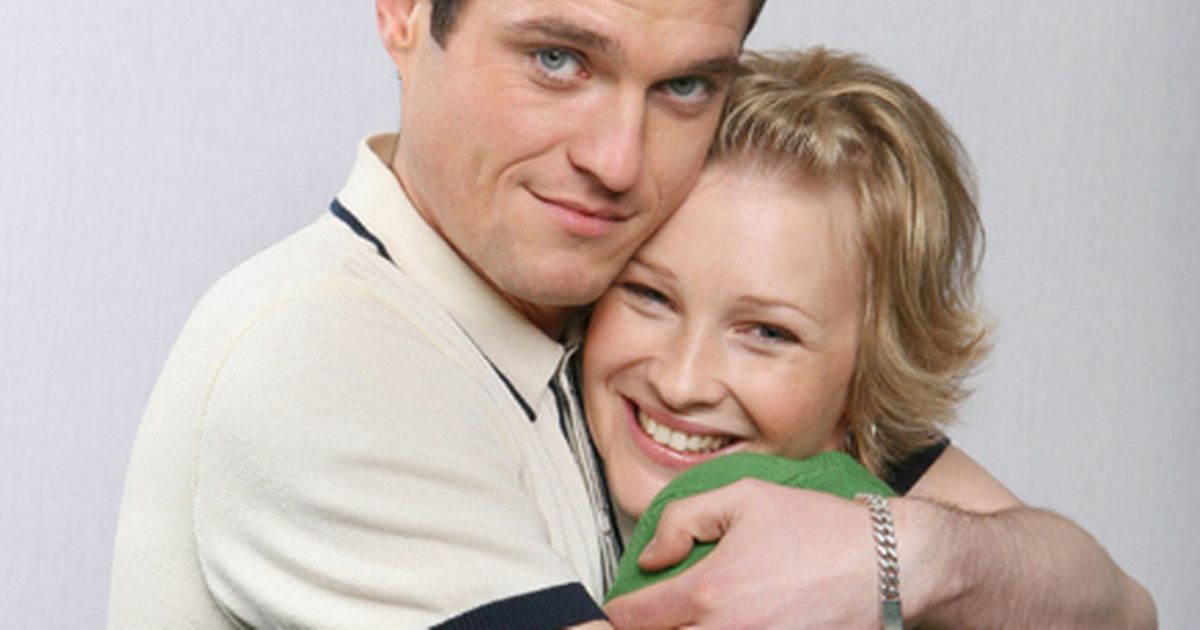 EXCLUSIVE: Joanna Page revealed how her daughter Eva said Gavin & Stacey was “boring” when it came on the TV one day 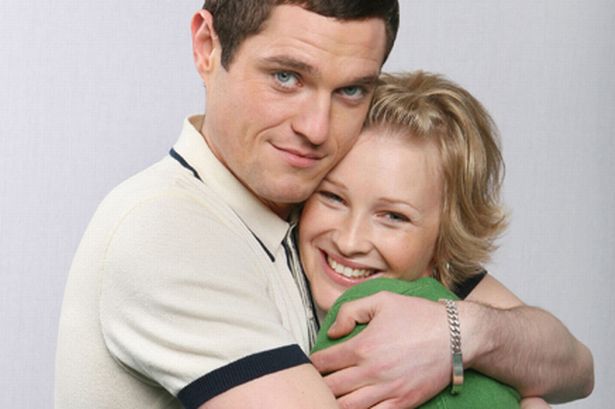 Seeing their mum on TV in one of Britain’s best-loved comedy Christmas specials was a thrilling moment for Joanna Page’s three young children.

But the Gavin & Stacey star says her cool mum kudos was short-lived – and daughter, Eva, seven, has already declared talk of the show “boring”.

She recalls: “Last year is the first time I’ve shown them any Gavin & Stacey.

“We were flicking through the channels and the first ever Christmas special was on. Eva was like, ‘Oh my gosh Mummy, it’s you!’

“They couldn’t believe it – they were so excited. They thought it was hilarious that I was in it, and was married to someone called Gavin.” 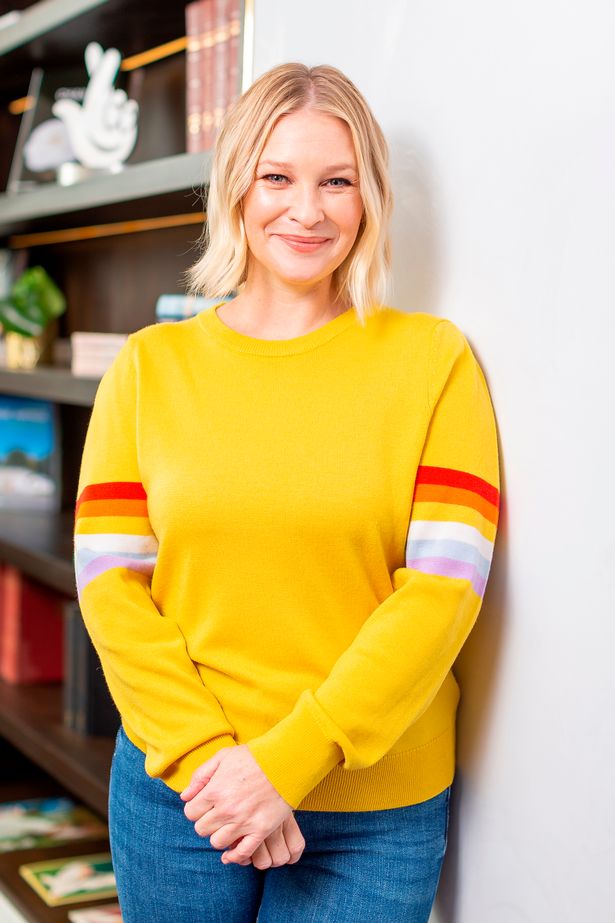 The sitcom tells of the romance between Joanna’s character Stacey, from Barry in South Wales, and boyfriend Gavin, from Billericay in Essex – played by Mathew Horne – along with their friends Nessa and Smithy.

But despite its huge success, whenever the show comes up in conversation at home, Joanna says Eva’s response is blunt: “Oh God, you’re not going on about that Gavin & Stacey again are you Mummy? It’s so boring.”

Luckily for Joanna, with children aged three, five and seven and two spells of lockdown to deal with, boring is not a word that applies to her home life.

She says: “I’ve been very lucky because all my family are healthy. But it’s been incredibly hard. 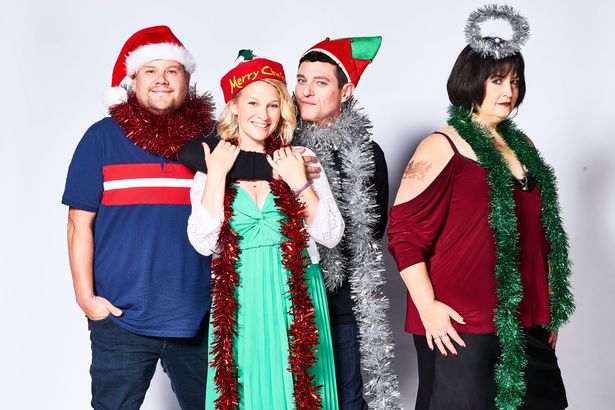 “It’s a handful anyway, but when the schools closed, that was very difficult.

“Dealing with homeschooling in itself has made me realise I can’t do a seven-year-old’s maths – and also that my children don’t respect me as they respect a teacher.”

So Joanna, 43, and actor husband James Thornton, 45, came up with

their own version of schooling for Eva, five-year-old Kit and Noah, three.

She says: “I home-schooled for about two weeks, then I said we’re not doing this any more.

“We’re on our computers too much, my children are finding it too stressful, we’re going to do our own thing. 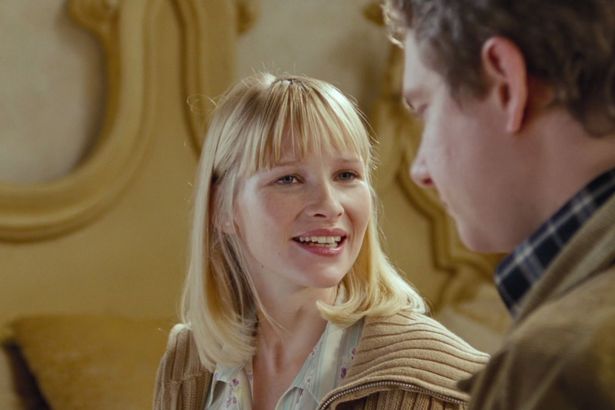 “So we read all the time, worked on our times tables, did some handwriting, then just went outside.

“We picked flowers and we discovered a couple of frogs, and even a newt one day – which I think was the highlight of lockdown. I’ve got two little boys, so they’re like wild dogs – you’ve got to get them out and wear them out.”

But it wasn’t just Joanna’s children that kept her on her toes. She and James had to adapt to working together from home.

Joanna says: “It was near hell – I think me and my husband were on the verge of

divorce all the way through it.

“With our jobs we spend so much time with each other anyway, but going into lockdown was different. He wasn’t going to London all the time and you’re with that person 24 hours a day. 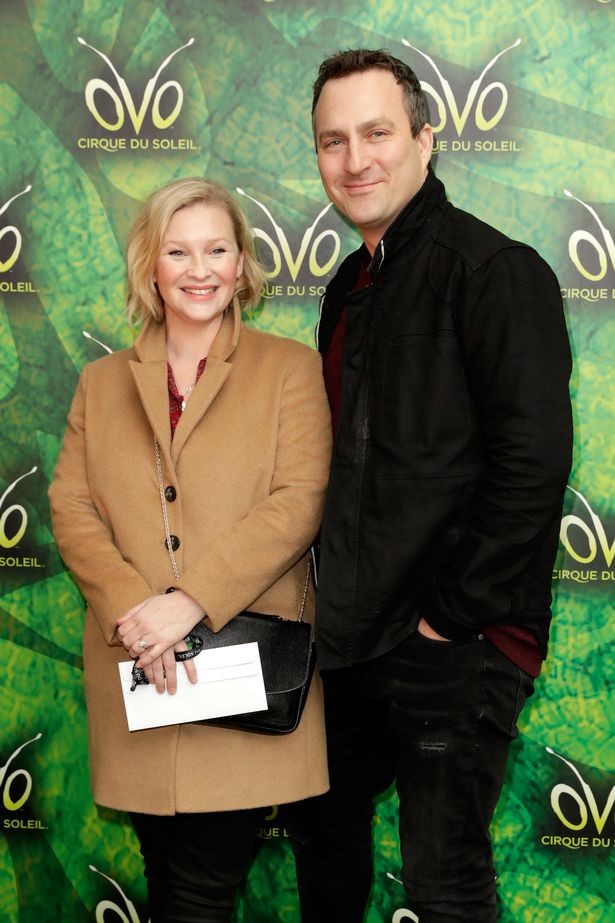 “I thought, if he clears his throat one more time… By the end of it I thought, I can’t even listen to him breathing.”

Nevertheless, Joanna knows she is one of the lucky ones in the pandemic.

And one way she is showing her appreciation of that is by supporting the National Lottery Awards 2020, giving recognition to those working hard to help others. The awards are the annual search to find the UK’s favourite National Lottery-funded people and projects.

This year they have focused on individuals who have gone above and beyond to support their communities, especially during the pandemic.

Joanna says: “I’m proud to be able to highlight the extraordinary things that people have been doing and how much money they’ve been raising.

“It’s fantastic how people have managed to adapt, to keep on helping people during the coronavirus, and we need to highlight it and celebrate it.” 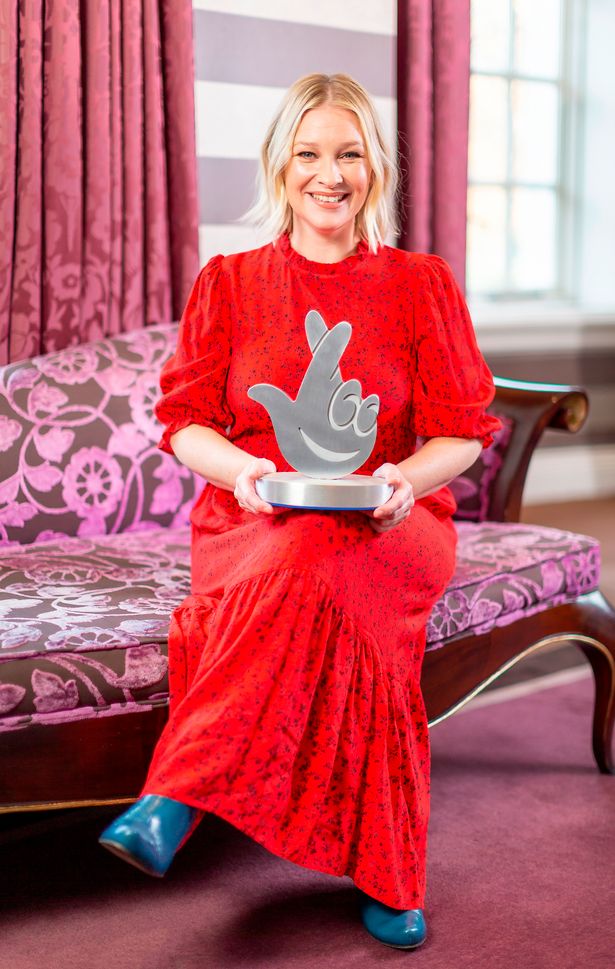 It has also helped Joanna cherish her own alone-time. She says: “It’s made me realise how important it is to go outside and have some time on your own.

“I’m trying to not feel guilty about saying no, I’m just going to sit with my headphones on and I don’t want to speak to anybody at all. I’ll just sit and watch Selling Sunset for a bit and everybody can just leave me alone.”

It seems her resilience has also been passed on to her children.

When Joanna decided to lift the lockdown gloom by putting

up the Christmas tree and

decorations in mid-November, Eva was having none of it.

She says: “I thought she’d be over the moon. But she said, ‘No Mummy, we need to get our advent calendars and when we’ve opened the first door then we can put the decorations up’.

“She’s so much more sensible than me.”

Joanna, who grew up near Swansea, knew early on she wanted to act. When her school wanted her to go to university, she assured them: “It will work out – I don’t need anything to fall back on.”

She went to Rada at 18, then spent 10 years with the Royal Shakespeare Company and the Royal National Theatre.

One of her first film roles was 2001’s From Hell, with Johnny Depp. Two years later she added hit rom-com Love, Actually to her comedy credits.

She does not like to see herself on screen, but at this time of year it is hard to avoid. She says: “My parents are like, ‘It’s not Christmas until we’ve seen Love, Actually’.

“Then two years ago we started watching Nativity Two and now it comes out every year – the kids love it.

“And me and my husband were in David Copperfield years ago, so my parents always want that on.

“My mum said to me, what will you do if me and your dad can’t come for Christmas? Or how are you going to choose if only one of us can come?

“And I said, well it’s all going to be based on who is the best cook.”